With internet access now as ubiquitous as electricity and running water, and a smartphone in almost every handbag or pocket, the digital economy has become part of our daily lives. It is also providing jobs for an increasing number of people – some 1.4 million in the UK or 7.5 per cent of the workforce.

UK technology companies raised about £2.5 billion from venture capital investors last year, according to recent research by CB Insights and London & Partners, a body that promotes the capital. That was 70 per cent higher than the figure for 2014 and underlines the rising confidence among investors that British startups are world-class, although the total for US companies was almost ten times greater.

Smartphones play a key role in the UK’s digital economy

Gerard Grech, chief executive of Tech City UK, a government-funded body that supports technology companies, says a number of factors are responsible. As well as a pool of highly skilled talent and the right infrastructure, particularly in London and south-east England, government schemes that offer investors up to 50 per cent tax relief on capital gains have played a role.

Mr Grech says his organisation serves as a “feedback loop” for government and that digital economy minister Ed Vaizey recently called on the industry to identify barriers they think need to be dismantled. The Commons Business, Innovation and Skills Select Committee is also considering what action ministers could take to enhance the UK digital economy above and beyond existing initiatives.

As well as startups, such as property website Zoopla and takeaway delivery services Deliveroo and JustEat, proving attractive to investors and consumers alike, the UK is proving particularly adept at fostering new companies in the financial technology sector. These include TransferWise, Cubit, Funding Circle and Zopa.

“London is fast becoming the fintech capital of the world because there’s a critical mass of expertise in software development, technology and digital innovation, as well as expertise in banking services,” says Mr Grech. “That cross-fertilisation is all happening very quickly.”

A fertile home for startups

Some companies have even moved to the UK to take advantage of the fertile startup environment. One example is online language learning platform BuSuu, which was founded by a pair of entrepreneurs from Liechtenstein and Austria, who relocated the company from Spain to London, and now boasts 50 million users globally. 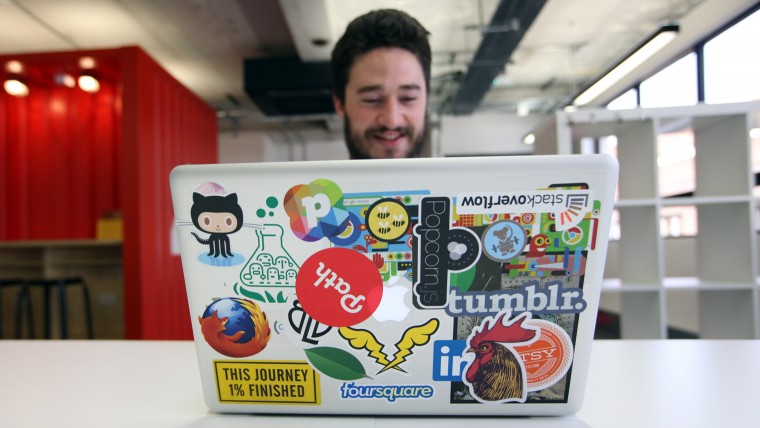 Ning Li had been running an online business in France, but six years ago decided to cross the Channel and became a co-founder of furniture retailer Made.com. He says the UK benefits from drawing talent from both Western and Eastern Europe, while hiring experienced workers from further afield is much easier in Britain than in France.

Mr Li describes the UK as “very entrepreneur friendly” and attractive to US venture capital firms, making London the best place in Europe for startups to secure funding. Made.com raised $60 million in mid-2015 to help fund its European expansion plans and is taking aim at markets including France, Germany, Italy and the Netherlands.

Although furniture is a category that is yet to prove as attractive to online shoppers as travel or entertainment, Mr Li says Made.com is aimed at thirty-somethings, who have grown up with the internet and are more willing to buy a sofa or table online than their parents.

Nevertheless, the company has opened a small number of showrooms that act as “brand beacons” where customers can view a selection of products and fabric samples. “What will make a difference for a business like ours is our ability to innovate,” he says.

Physical retailers have been forced to rise to the online challenge and even that bastion of the high street, John Lewis, now makes more than a third of its department store sales online. Charles Knight, senior lecturer in management at Edge Hill University, says the digital economy is all about disrupting existing business models, partly because online operators have lower overheads than their bricks-and-mortar rivals.

Despite the UK being a global leader in e-commerce, he warns that it could seriously fall behind in the digital economy race because we are not spending enough on infrastructure. “Businesses are hungry for superfast broadband, but once you get outside the big cities, it’s hit-and-miss whether your connectivity is fast enough. How are you going to run a digital economy business if you’re in the slow lane?” Dr Knight asks.

Quick, reliable internet access not only allows businesses to offer a wider range of services to customers, but also can cut costs by using cloud-based accounting applications, for example. “If you haven’t got superfast broadband for your business, that is difficult to do,” he says.

Despite the UK being a global leader in e-commerce, it could seriously fall behind because we are not spending enough on infrastructure

The clear business benefits mean the government should be investing more in the digital economy, according to Dr Knight. This call is echoed by Mr Grech, who says ministers must ensure initiatives such as the Seed Enterprise Investment Scheme continue and that UK companies can still recruit the best talent from outside the EU.

In addition, he says the government has a role to play in helping small and medium-sized companies bid for government contracts, a goal the G-Cloud procurement platform has gone some way to helping achieve.

Tech City UK is increasingly working with existing companies as well as startups to help them provide the online services customers now expect as a matter of course. As Mr Grech concludes: “They have little choice but to make that change.”