The delivery business is changing at a breathless rate. Every week sees the launch of major new services for retailers to use.

Recently delivery giant DPD announced it would partner with startup Doddle to enable commuters to pick up a parcel at train stations. The service, called Pickup, means shoppers can pick up their parcels as they travel to and from work. Doddle, a £24-million joint venture between Network Rail and Lloyd Dorfman, who grew Travelex into a £1-billion enterprise, has 32 stations currently hosting collection services, with plans to convert 300. It’s just the latest in a long line of pick-and-collect startups.

Peer-to-peer delivery is on its way. Already a big deal in Scandinavia and the United States, this model sees ordinary members of the public carrying packages like part-time couriers. Nimber, which trades with the strapline “Ship anything with someone going that way” is currently launching in the UK. It signed up 30,000 users in Norway in a year. For bulky items, Nimber claims to be able to cut costs by 80 per cent. And for the couriers there’s the chance to earn a bit of spare cash on a journey they might have taken anyway. A rival service, Postio.uk, is also in the works.

One service yet to hit our shores is Uber Rush. The taxi app Uber now transports objects as well as people. A New York reviewer marvelled at the speed and price of Uber Rush: $11 to purchase and hand-deliver a cup cake from a bakery to his wife in 27 minutes. No word on when Uber Rush is arriving here. 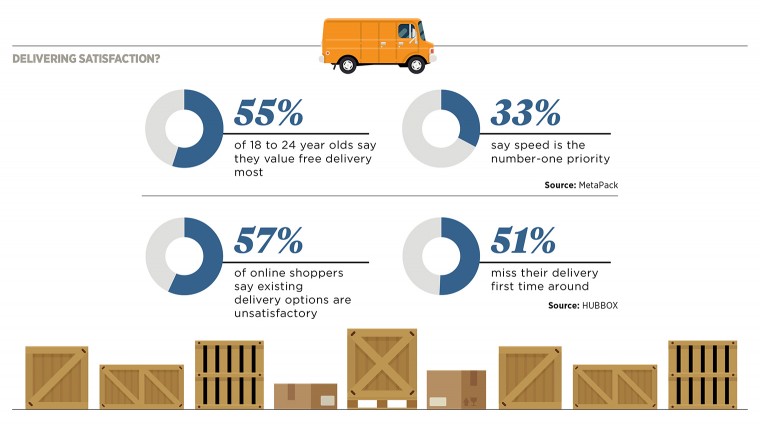 Other news? Morrisons supermarket is now offering lockers for secure collection of parcels in their stores. CitySprint has launched a service guaranteeing delivery within a precise one-hour time-slot of your choosing. Called On the dot, it tackles that bugbear of being absent when parcels arrive, necessitating a schlep to some remote depot.

So, the industry isn’t short of innovation. But where’s it all heading? One man with concerns about the direction of the industry is the boss of CollectPlus, Neil Ashworth. CollectPlus is the UK’s largest network of drop-off points for parcels, such as corner shops and stores, with more than 5,800 locations. Amazon, Asos and Marks & Spencer offer CollectPlus delivery. But Ashworth says the focus on speed is misplaced.

“I would put speed fourth on my list of priorities,” he says. “Our research tells us what customers want is a fair price, first and foremost. If you offer next-day delivery, but charge £5.99, customers will think twice about ordering. Often they are happy to wait an extra day or two to forego this cost. Second is reliability. Take tracking. Customers say they want to know where their parcels are as they are being delivered. We supply this service and it is used heavily. But it’s a sign of mistrust. If goods are delivered as promised, they won’t need to track. Third is convenience. Consumers don’t want to be out when their goods arrive. And fourth, is speed. Only rarely is it critical to get goods in an hour, or the same day.”

This is not what his rivals are saying. “I know,” he says with a laugh. “The parcel carriers completely disagree with me. My view is extreme, I know.”

One incident supports his thesis. Black Friday in November is always a frantic shopping day. Last year retailers struggled to handle the volume of sales. Tesco Direct and Currys’ websites went down under the strain. And afterwards many retailers failed to deliver goods on time. Fulfilment was near impossible.

“People wanted the discounts,” says Mr Ashworth. “They didn’t need the goods fast. Five days would have been fine. The truth is, if you promise same-day people will say yes. But ask £10 for that service, or offer free delivery tomorrow, many will say tomorrow is OK. Speed is often not the decisive factor.”

If he’s right, the impact of ultra-fast services will be less significant than initiatives offering more convenience and reliability. For example, the option to switch delivery terms mid-route are yet to hit the mainstream. But they will. David Grimes, founder of parcel-delivery price comparison service My Parcel Delivery says major carriers have realised its value.

“In-flight options are incorporated into the text or e-mail notifications that are sent to the recipient ahead of their delivery. Within the e-mail, shoppers will be given the option to change their delivery time slot or location if the one originally requested is no longer convenient. This top-of-the-range service is about giving the customer choice and flexibility,” he says.

Much of the innovation will come from the retailers themselves. There will be resource sharing and alliances. For example, a deal with Argos gives eBay buyers the ability to pick up goods from one of the 650 Argos stores nationwide. Companies will merge or outsource tasks such as warehousing to a third-party who can achieve economy of scale. 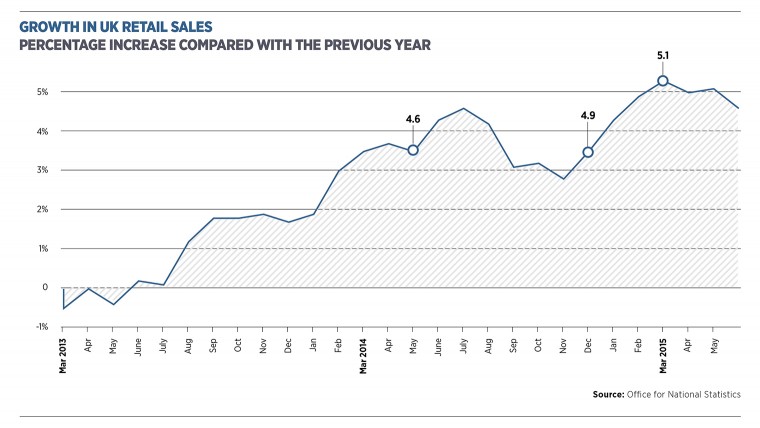 Toy seller Firebox.com uses Arvato for warehousing. Arvato can achieve fast stock-picking through technologies such as pick-by-voice, in which pickers are guided round the warehouse by listening to instructions. This improved productivity by 15 per cent. Arvato also serve other brands, such as headphones maker Sennheiser, giving it a size which individual retailers would be hard pushed to match.

The upshot of all this? Consumers will be better served than ever. As survey after survey shows, what consumers want above else is choice. Research by Honeywell, Scanning and Mobility shows 48 per cent of shoppers abandon carts due to poor delivery options. Four out of ten would pay more to state when and where a delivery will be made, others are happier to wait. The key is to give them the power to choose. With so many services flooding on to the market, retailers will have no problem making this happen.