Nearly three billion people live on $2.50 a day. Excluded from the larger economy and lacking access to organised finance, education, and basic goods and services, in the language of socio-economics they sit at the “bottom of the pyramid”.

For them, work means a miscellany of micro-enterprises in informal sectors. Street trading, odd jobs, selling vegetables grown on a shared plot, minding children – the tasks vary, but they are united by a lack of coherence and security, an absence of training and advancement, and legal protection in the event of malpractice.

Given that nearly half the world’s population are captured by poverty, charity is not a feasible long-term option for all. The task falls to social enterprises, impact investors and enlightened governments to work together to overcome the infrastructure challenges, costs and organisational hurdles that make reaching these people and breaking the poverty cycle so difficult.

For visionary businesses leaders, the prize is not just social transformation, but a tantalising return on investment with some estimates putting bottom of the pyramid consumers’ demand at $5 trillion in purchasing power parity.

Tried and tested, the franchise model is ideal training for poor and unskilled would-be entrepreneurs in hard-to-reach communities. As a shortcut to self-employment, in its most enterprising forms it can provide a business school education on the cheap.

Self-starters can become business owners without the risks associated with entrepreneurship, such as securing funding, distribution and brand recognition. Following proven marketing and operational concepts, the franchisee can replicate a proven model, while receiving support and targets from central office.

For social enterprises, the appeal of the franchise model is its unbeatable potential to scale, achieving the broadest possible impact in fundamental areas such as health, sanitation, education and energy.

As Ella Gudwin, president of VisionSpring, puts it: “You can take the practices associated with franchising, learnt in the land of Dunkin’ Donuts and McDonald’s, and apply them globally against a social problem.” The solution is win-win. Jobs are created, businesses are driven by local demand and community members sell to each other, thereby spurring economic development.

“In the simplest sense, micro-franchises are ‘businesses in a box’ which can be taken on by low-income individuals,” says Joe Kallarackal, director of the International Centre for Social Franchising. “As a lot of the supporting systems have been tested and packaged up, the franchisee doesn’t need to have a lot of specific skills to take it on.”

The Clothing Bank social franchise in South Africa, together with its sister franchise Grow With, supports mothers of young children to find full employment, gain self-confidence and give their children the best start in life.

According to the franchises’ data, 68 per cent of women in South Africa with children under the age of two don’t live with a partner and just 50 per cent of fathers provide financial support, so the burden of parenting falls overwhelmingly on women. In response, the Clothing Bank provides business mentoring and life coaching to mothers who left school early and are stuck in the unemployment rut.

With supervision over a two-year period, the women learn how to run a retail franchise, and leave equipped with the contacts and know-how to set up and sustain their own small business. Once earning, they can enrol their children at a franchised Grow With centre that provide high-quality, competitively priced nursery education, which is not state funded in South Africa and so badly lacking in parts of the country.

Women are at the very heart of most health social franchises. At VisionSpring they make up 92 per cent of the organisation’s “vision entrepreneurs” in India, Bangladesh, Rwanda, Kenya and Nigeria. With just an eighth-grade education, they can be trained to conduct simple eye screenings through door-to-door visits, prescribe reading glasses and refer customers to specialists.

The status conferred on franchisees, as facilitators and knowledge brokers, and the pride they feel from being relied upon by their neighbours to help solve a real problem, gives these women an invaluable social-capital and power base.

VisionSpring aims to seed the glasses market among customers earning an average $4 a day, by helping them buy their first pair. The majority of their customers are schoolchildren, who need glasses before sight problems affect their school retention, and 35 to 55 year olds, who are at risk of dropping out of the labour market, at the prime of their working life, due to presbyopia, the gradual and inevitable failing of vision due to ageing.

For VisionSpring, sales are essential. “There are 2.5 billion people in the world who need glasses and don’t have them,” says Ms Gudwin. “That is too big a problem to solve with charity.”

Following a low-margin, high-volume model, the company has sold 3.7 million glasses and reached customers in 43 markets, and to serve customers who are parting with discretionary income, VisionSpring recognise that a value proposition must be at the core of their business – that is “radically affordable, durable and stylish eyeglasses”. 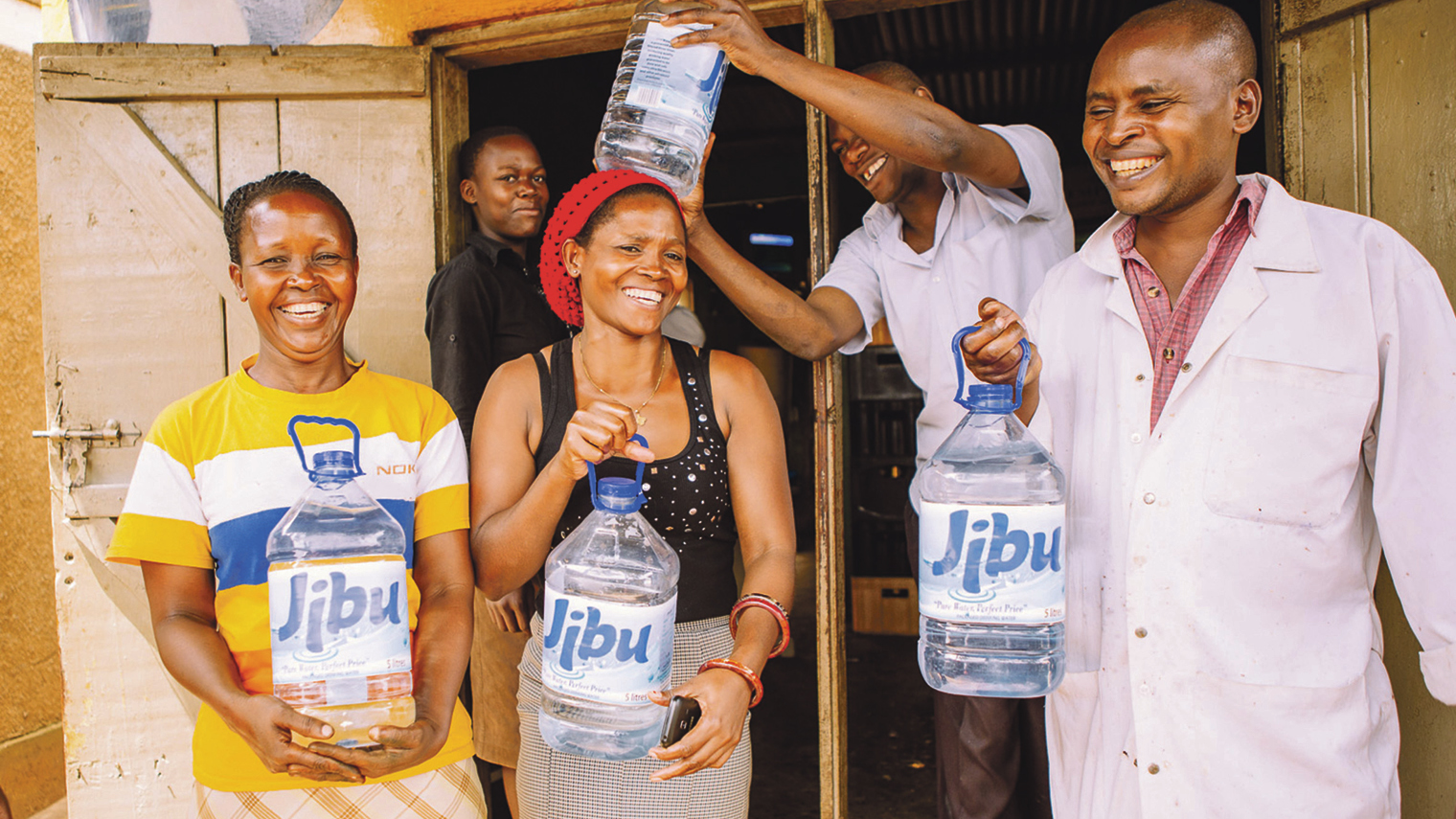 Living Goods, meanwhile, is a community health franchise that is reducing child mortality by using the “Avon Lady” model. Based primarily in Uganda, Kenya and Myanmar, Living Goods trains carefully selected “community health promoters” to provide “business in a bag” healthcare for infants, as well as nutrition, family planning and HIV support.

Working alongside non-governmental development organisation BRAC, Living Goods has reduced child mortality by 27 per cent. And further still, its competitive presence in communities is achieving a halo effect with the prevalence of counterfeit medicines down by 50 per cent and the price of medicine falling 17 per cent.

Key to Living Goods’ success is its use of technology. The company equips its community health promoters with an Android phone that they partially pay for and is loaded with the Medic Mobile app, which facilitates high-quality clinical diagnoses and treatment.

The community health promoter guides their client through a list of questions prompted by the app, thereby multiplying their potential to address a range of health issues. The app is then used to set up automatic SMS alerts to clients after consultation, dispensing timely advice, such as when to take their medicine and when to schedule their next check-up.

Cumulatively, this data has enormous potential for national public health programmes, which will be Living Goods’ next and most ambitious step. With the government’s support, the company hopes to roll out a version of their current model, becoming Kenya’s primary community healthcare programme.

For Galen Welsch, chief executive and co-founder of the East African water purification franchise Jibu, putting local people in the driving seat was one of the most appealing aspects of the franchise model. When founding the company in 2012, he drew upon important principles: “That market-based solutions offer the most sustainable development models. And I wanted a solution that required eye-to-eye partnership, wasn’t patronising to beneficiaries and met infrastructural needs without having to rely on donations,” he says.

Jibu uses a pure franchise model to finance and train young people to run their own clean water franchise networks. Mr Welsch noticed that in the developing world, half of water projects fail within two years, primarily because of a lack of ownership and incentives on the ground.

He sought to addresses the systemic roots of the problem by allowing entrepreneurs to start their own decentralised water treatment plants. These mitigate the need for piped drinking water, just as mobile phone networks erased the need for landlines. In just five years, the company has more than 200 units, 50 of which are fully fledged franchises with a full water treatment plant, and 150 branded micro-franchises that buy wholesale from existing franchisees and redistribute water.