Workers are often the victims when there are gaps in legal procurement and ethical procurement, but businesses nowadays have a lot to lose as the lines between profit and social conscience are no longer so easily defined 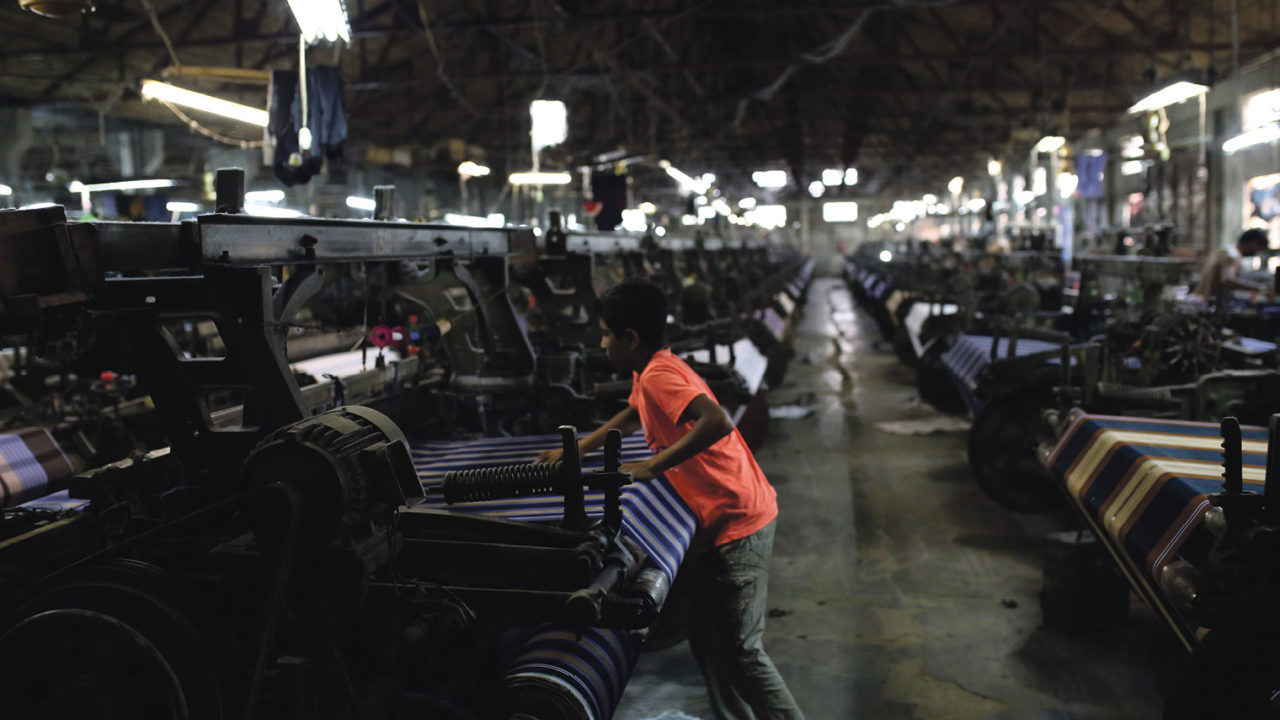 Dubbed ‘Foxconn City’, the mini metropolis housed almost half a million workers on a giant industrial park in Shenzhen, China.

Fast forward to 2019 and Apple is still sourcing from Foxconn, across various sites. The roll-call of Foxconn manufacturing, present and past, still reads like a who’s who of the tech world, and includes other monster brands such as Google, Huawei, Microsoft and Sony, to name but a few.

So, given that Apple was soon to become the first public company on the planet worth $1 trillion, how did it get embroiled in such a dubious ethical sourcing saga in the first place, plus seemingly fail to crisis-manage its public relations effectively when the story broke?

The simple, grim fact is that Apple and the tech community are by no means alone in this. The recent history of procurement by global consumer brands is littered with the reputational detritus of bad ethics and selective legality.

Fast fashion, in particular, has struggled to keep its name out of incriminating headlines, with ethical procurement issues ranging from ongoing stories around ‘dirty’ cotton, through ‘cry for help’ labels sewn into high street clothes, to the tragic Rana Plaza factory collapse in 2013, where 1,134 lost their lives.

Sourcing scandals also continue to flood out of food and agriculture. Ethical issues served up for public consumption range from TV exposés of supermarket chicken suppliers tampering with ‘kill dates’, to the abuse of water rights by industrial-scale avocado farmers in Chile.

Across all sectors and societies, employment remains the most mapped, but least navigable, legal and ethical intersection.

Figures from the International Labour Organization (ILO), released most recently in 2017, revealed that more than 40 million people worldwide were in modern slavery in 2016, including around 25 million in forced labour. Of those in forced labour, some 16 million were being exploited in the private sector. Furthermore, there were more than 152 million estimated victims of child labour, almost half of whom were aged between 5 and 11.

“Applying rigorous ethical standards to your supply chain is not just about compliance or completing necessary paperwork, but implementing good governance and preventing exploitation of human beings across the globe for the sake of profit,” she says.

In international waters, though, standardisation is a slippery fish.

If not a definitive and demonstrable difference, often at least, there exists a commercial and cultural tension between the norms of legal and ethical procurement. Discrepancies abound in a grey area between the two disciplines and, if unchecked and unpoliced, carve out a policy gap where human rights fall down.

“A company that meets local labour laws in one country could still breach international minimum standards. The UN Guiding Principles on Business and Human Rights make it clear that businesses have a responsibility to respect human rights even in countries where national law is weak, or poorly enforced,” he says.

Based on ILO conventions, the internationally recognised ETI Base Code of labour standards has been designed to tackle exactly this kind of cross-border inconsistency and jumble of jurisdictions, representing a commitment to ensure all workers are free from exploitation and discrimination, paid a living wage and enjoy conditions of safety, security and equity.

Stepping out of the moral maze for a moment, there are also many bottom-line business-case benefits to be gained by adopting such an ethical approach, suggests Mr Buttle: “It can maintain the supply of goods, increase productivity and quality, and enhance a company’s reputation with its customer base, which is increasingly expected by consumers.”

However, it is often the pressure of competitive marketplaces and overly aggressive procurement practices or pricing policies that result in damaging knock-on effects, he says.

“Brands should understand how their actions impact on their suppliers’ ability to uphold labour rights. For example, a company with poor purchasing practices, such as unrealistic deadlines or unit prices, can cause challenges for its suppliers, leading to increased risk of poor wages and excessive working hours. This is particularly the case if a supplier feels forced to accept orders below the cost of production to win contracts.”

All too often, there is little communication and accountability, says Alex Saric, smart procurement expert at Ivalua: “Cost is the only discussion point and data isn’t shared effectively, while risk and CSR assessments can be a ‘tick-box’ exercise, meaning transparency initiatives end up half-baked.”

Weaknesses notwithstanding, big brands can still set a positive agenda for supplier behaviour, beyond compliance. “If suppliers see that being responsible is more likely to win them a contract, ethical practices change from a minimum requirement to a valuable key differentiator. They must operate sustainably, or face losing out to more ethical competitors,” Mr Saric says.

While any ethical shift is relatively slow and undoubtedly late, legislative momentum is only pushing in one direction and businesses would do well to watch this space closely, suggests Lee Rubin, counsel and global sourcing expert at international law firm Pillsbury Winthrop Shaw Pittman.

“When it comes to lawmaking, legal and ethical considerations are merging, typified by the Modern Slavery Act. While not all sections of the Act are directly applicable to business, the provision around ‘transparency in supply chains’ impacts the largest brands and companies.”

Serious money is also flowing more towards the good and the green, adds Mr Buttle: “Many investors understand that poor human rights practices in the supply chain can put their investment at risk. With a growing interest in social impact, we are starting to see the investment community influencing business decisions.”

Public opinion and playing with fire

All in all, this collective chorus calling for ethical procurement is simply becoming too important to ignore, says Ms Hill: “It is not only the right thing to do, but also the lines between profit and social conscience are no longer so easily defined. News travels fast and bad news travels at lightning speed.”

The heat is most definitely on, says Shaun McCarthy, director at leaders in sustainable procurement Action Sustainability: “These days the court of public opinion is an unforgiving place and brands need to be aware they are playing with fire when it comes to ethical procurement.”

Ultimately, therefore, brands that muddy transparency, frustrate traceability and neglect communications get burned, concludes retail expert and consumer champion Martin Newman: “Consumers will shop with their feet and their mouse. If you pay this lip service or they think you’re being disingenuous, they will not only not buy now, they’ll never come back; and they’ll tell all their friends and family about it.”