The UK has been spoilt for choice in recent years when it comes to major sporting events. The 2012 Olympic Games, the Commonwealth Games of 2014 and the Rugby World Cup the following year all presented huge opportunities to those wanting to entertain corporate clients.

Such events do not come cheap to those who wish to make a good impression on clients or business partners. But research by STH Group, the official hospitality provider for the last three Rugby World Cups and the 2019 tournament in Japan, as well as London 2012 and the IAAF World Athletics Championships, suggests it is a price worth paying.

But in a competitive marketplace, expectations are rising, both from clients and their guests.
“Hospitality no longer starts at the turnstile,” says Tim Connor, chief executive of Connoco Group. “The packages that are more popular include limo pick-up, restaurant bookings and even a hotel. Often there is ancillary hospitality too, where the wife and children may come with the client into London, but require a different hospitality service such as theatre or shopping trips while the dad is watching the event.”

Top-quality food is also now essential, he adds, with an increased demand for Michelin-star standard catering at even relatively ordinary events.

Growing expectations have also extended to the sporting arena itself, with guests increasingly expecting some kind of enhanced experience, such as access to areas to which ordinary fans would not be granted. This can create challenges for some events and sports. STH Group, for instance, is currently working on the London 2017 event being hosted at the stadium in the
Queen Elizabeth Olympic Park.

“Something like athletics offers more options for access to a track-side experience or a potential unique area to see athletes warming up,” says Paul Lemon, chief commercial officer at STH. The business has previously been able to take people into the centre of the velodrome ahead of a major cycling event, he adds.

This desire to push boundaries has also spread to include access to players or high-profile sports or celebrity figures. “Meeting a sporting star is a big draw and one which often makes the day more memorable,” says Richard Garner, head of Smart Experiences. “With the onslaught of social media, people like to show off who they’ve been mingling with.” His own business is able to offer the chance to meet Michelin-starred chef Angela Hartnett as well as former Rugby World Cup-winning England captain Martin Johnson. 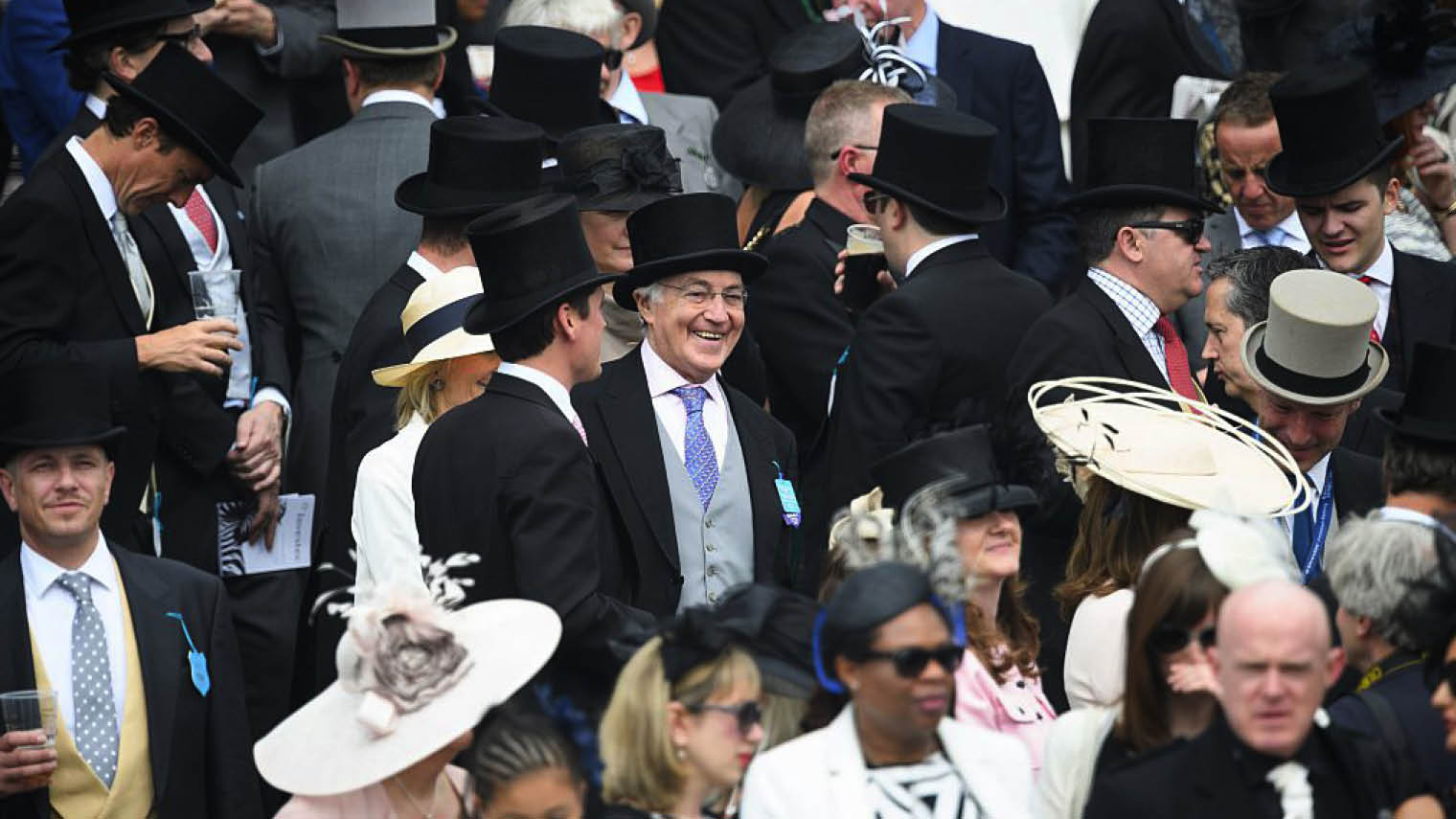 This can also extend to taking part in certain competitions or post-match events. Luke D’Arcy, UK president at brand experience agency Momentum Worldwide, points to the rise in “VIP experience”.

“Why watch the Americas Cup when you can be part of the team for a leg?” he asks. “Why just watch Usain Bolt run in Rio when you can have him DJ the after-party and spin your tunes like he did for Nissan? Why just watch the US Open with American Express when you can take on a virtual Sharapova in a match using virtual reality? Participation experience is everything.”

Sports such as football, cricket and Formula 1 are facing growing pressure to facilitate such arrangements, he says.

Yet it’s also important to offer clients a degree of choice, as not all will have the budgets for or want the very top-notch packages. Silverstone Classic, for example, offers three levels of hospitality, ranging from its Club House package, which is essentially a bolt-on to just buying conventional tickets, to the Podium that enables clients to create a bespoke package for parties of more than 20 people.

Providers, sports venues and clients will need to come up with evermore creative ways to ensure guests feel they have experienced something a bit different

“One of the things that we’ve been pleased to offer our Podium guests and event partners is add-ons such as a behind-the-scenes tour, a ride out with the course car on-track and fast-track ‘passports’ to some of the more popular experiences around the event,” says Nick Wigley, Silverstone Classic event director.

There’s no doubt, though, that the market will continue to evolve, and providers, sports venues and clients will need to come up with evermore creative ways to ensure guests feel they have experienced something a bit different. “By providing added experiences, you will give a client something unique to take away over and above the usual trappings,” says Mr Garner. “Ultimately, it’s about delivering something special for a price that is realistic.”

This November will see the opening of The Clubhouse at Twickenham, which operator Smart Experiences claims will be “rugby’s most immersive match-day hospitality experience”. 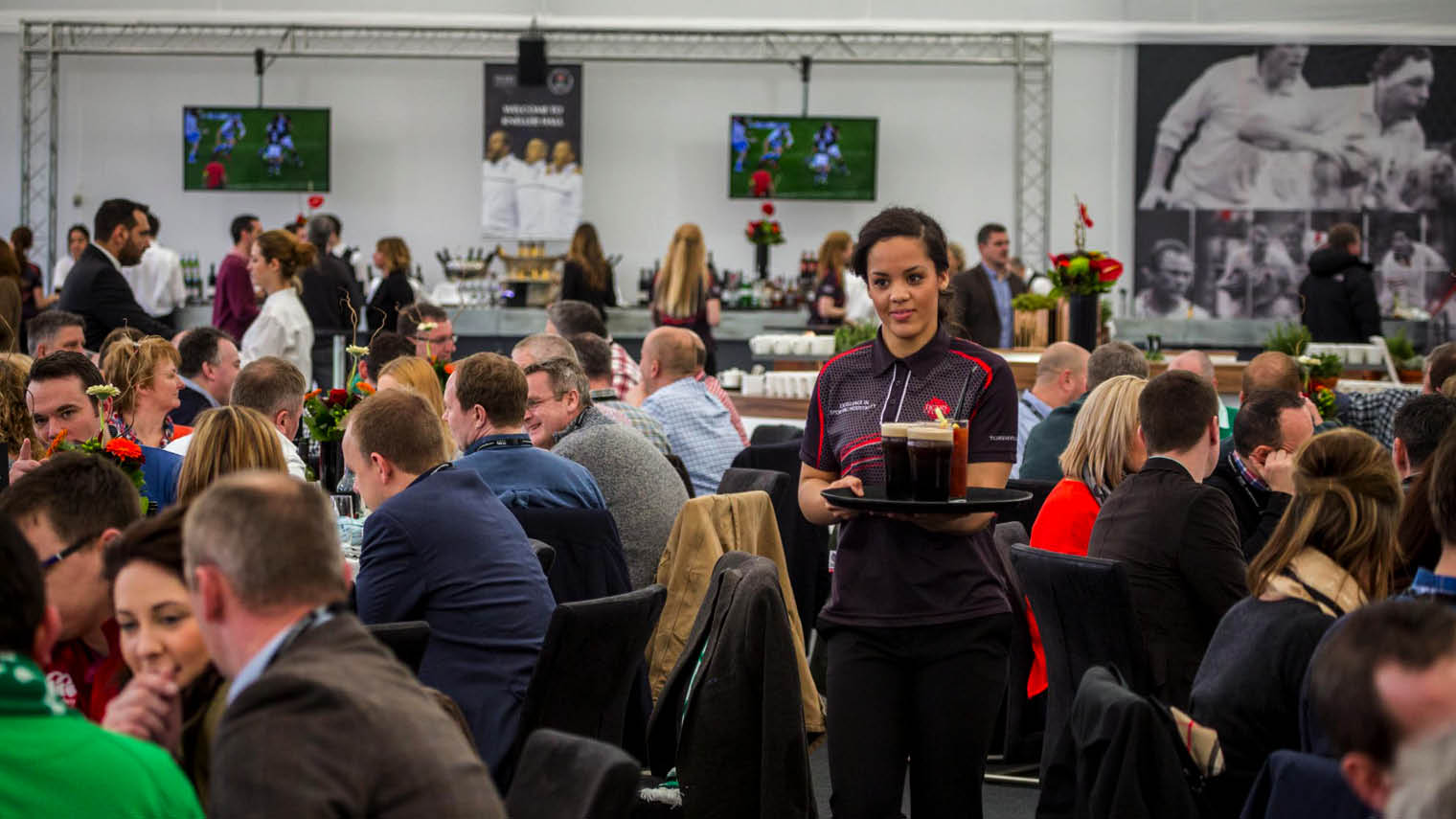 The launch will coincide with the Old Mutual Internationals, with England taking on South Africa in the first match, and The Clubhouse will also be welcoming guests for subsequent Six Nations tournaments. Guests are guaranteed tier-one tickets for the games and will all be seated together.

Before the game, visitors can mingle with big names from the world of rugby, including Brian O’Driscoll, Jonathan Davies and Manu Tuilagi, as well as The Clubhouse ambassador Martin Johnson, who led England to victory at the 2003 Rugby World Cup and also captained the British and Irish Lions in 1997 and 2001.

“These chats will provide rich insight into the game, while guests tuck into canapés,” says Richard Garner, head of Smart Experiences. “This will be followed by a three-course lunch, consisting of the finest sustainably sourced ingredients, prepared on-site under the watchful eye of Smart Hospitality’s executive group head chef David Ridgway.”

After the match, visitors can stay behind for a further two hours with complimentary drinks and curry dishes. “The Clubhouse at Twickenham will become the ultimate destination for rugby fans and world-class hospitality,” says Mr Garner. “Every element of the day will deliver a quality and memorable experience, designed for connoisseurs of the game.”