The events industry is becoming more adventurous, with companies exploring destinations and experiences previously overlooked. But what are the business advantages of finding new destinations for corporate events? 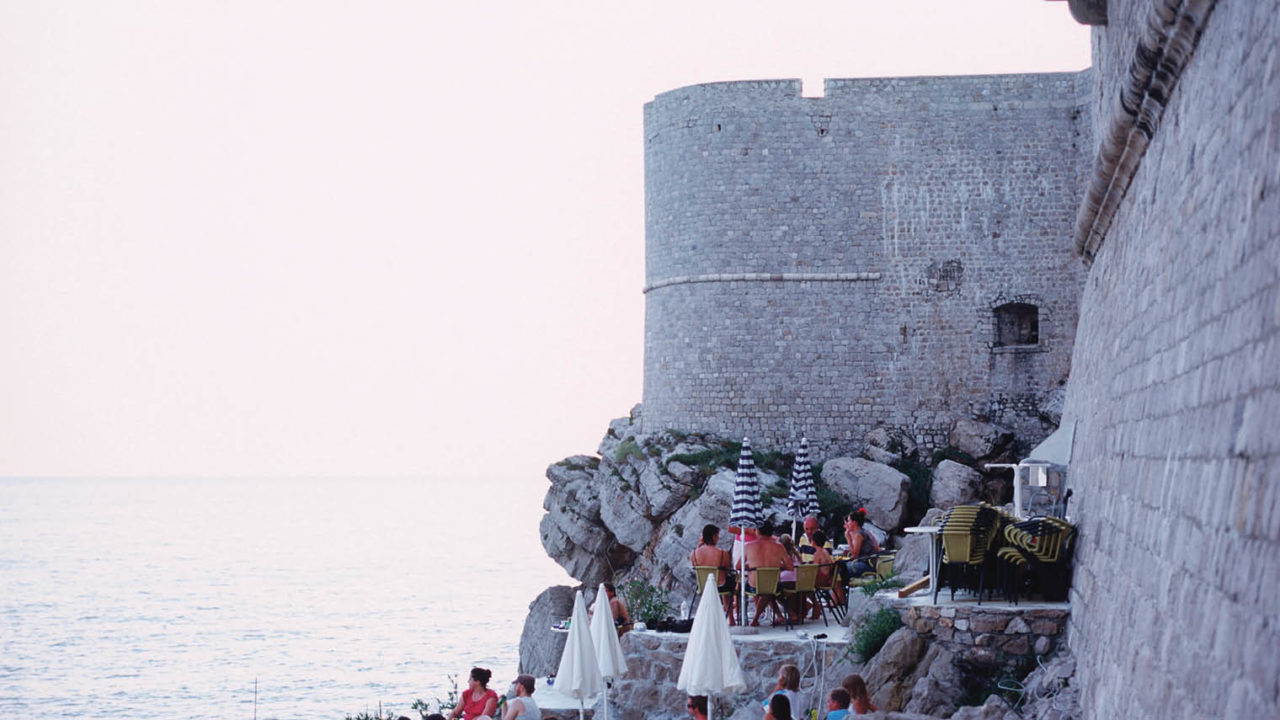 Marketing agency Cohesive wanted somewhere a bit different for its company get-together. It searched the map and discovered the West Usk Lighthouse on the South Wales coast.

“It was superb,” says Andy Crisp of Cohesive. “Gazing out from the lighthouse across the estuary at low tide seemed to conjure up countless possibilities. There just seemed to be visual stimuli wherever you looked. We had the run of the place, so were also able to hold sessions in different parts of the lighthouse. It was a glorious winter’s day too, so that added to the effect, especially when it came to the 15-minute walk along the seafront to a pub lunch in a remote spot.”

Inspired? Yes. But unusual? Not entirely. The events sector is more adventurous than ever, with companies exploring venues previously overlooked. Some are zones previously known only for tourism. Others are in locations in economically less renowned area. Venue owners are playing a part as they’ve woken up to the financial potential of attracting corporate customers to provide round-the-year income.

For example, Costa Coffee recently chose eco-lodge wood cabins by the scenic Scottish town of Moffat, near Dumfries. The rural venue, run by Wigwam Holidays, offers a total break from urban life. Delegates can go fell walking and orienteering in the day, and sit by firepits under one of Europe’s first certified dark skies at night. And down in Somerset, the famous caves of Wookey Hole have played host to delegates from Waitrose, Tesco and Clarks shoes. 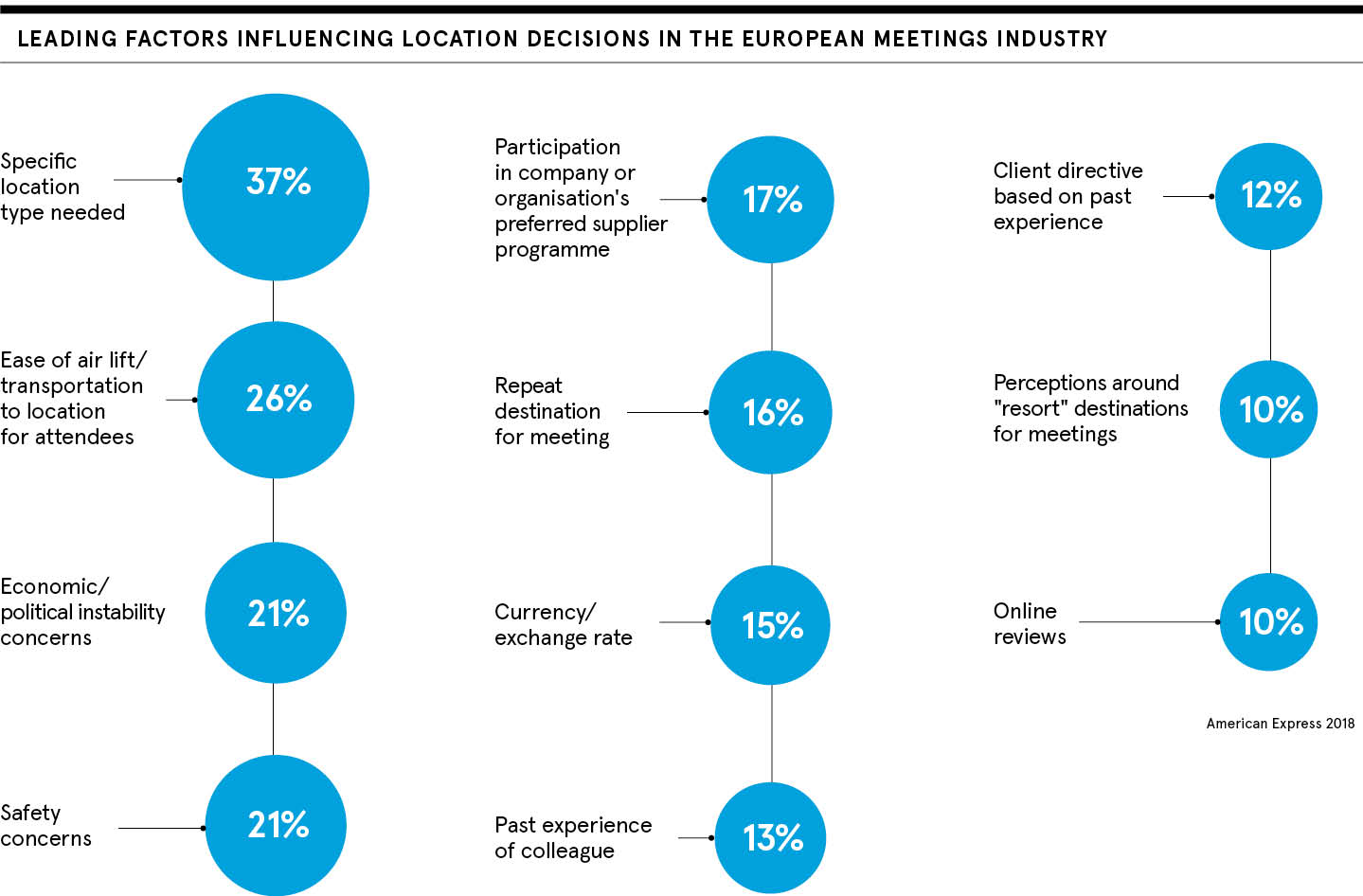 Overseas destinations are benefiting too from this new trend for adventurousness. Turkey, for example, is currently attractive due to the struggling economy. The country is mired in deep recession and the currency has plummeted against the pound.

Brand engagement agency FMI chose Turkey for a conference for Targus, a computer peripherals company. Dave Ball, events director at FMI, says the fundamentals of Turkey are fantastic. “The country has invested heavily in its infrastructure, with a new $12-billion international airport, the second-largest in the world after Dubai. Due to its prime geographical location and the excellent flight access, Istanbul certainly ticks the box for accessibility,” says Mr Ball.

Do a bit of haggling and you’ll get something seriously upmarket. “Istanbul’s four and five-star hotels are offering amazing rates and added extras,” he says. “The city is doing so much to gain the trust of the corporate buyer with added security measures, excellent value, great hotels with modern conference facilities and a cosmopolitan experience.”

Mentimeter, an interactive presentation platform, chose Palermo for a one-month company relocation project. Staff worked and slept in the extraordinary 14th-century palazzo La Bella Palermo. The cost of a get-away in Palermo is a fraction of more traditional destinations. This is a city where an espresso costs €1 and a terrific meal can be had for a third of London prices. The allure of Sicily’s architecture, history, energy and, of course, sunshine, tell their own story.

Mastercard, the payments company, is particularly bold in it’s choices. For its Global Risk Leadership conference, Mastercard has in recent years been to Dubrovnik, Cannes and New Delhi.

New corporate venues help set the tone for an organisation 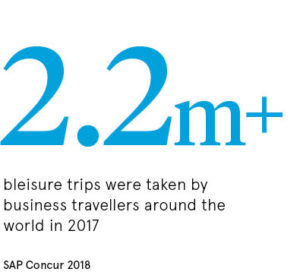 These days pretty much anywhere can be rented for a corporate event. The Birmingham Museums Trust is actively marketing the city’s superlative venues to corporate clients. The Birmingham Museum & Art Gallery, home to an important collection of pre-Raphaelite paintings, such as William Holman Hunt’s mesmerising portrait of a young Dante Gabriel Rossetti, is available for evening receptions. The Birmingham Science Museum lets delegates walk under the wings of a Spitfire and has a planetarium.

These new destinations will remind attendees that the host company is able to look beyond the obvious. There’s additional motivation, knowing that the arrival of business travellers will boost the local economy. And there’s good reason to think originality of the venue can influence the quality of the event.

As Mr Crisp of Cohesive recalls of his trip to the lighthouse of West Usk: “We’d held our previous company meetings in soulless hotels and conference rooms, and wanted the choice of venue to say as much as possible about the fresh new direction for the business.” It’s hard to do that in a concrete bunker off the M25.