Tesla recently became more valuable than Ford. It’s a meteoric rise for a company which launched the Tesla Roadster electric sports car as recently as 2008. And how did Tesla soar so fast? The whole automotive industry is obsessed by the question. Yes, the electric car is terrific. But it’s more than that. After all, Tesla lost $680 million in 2016, whereas Ford posted a $10-billion profit.

The valuation is about culture. Tesla has the ability to rethink every aspect of what a car can be. Driverless cars are Tesla’s forte, but the radicalism manifests itself across the car. Look at the windshield – the Model X has the largest panoramic glass fitted to a production vehicle. Or upgrades – Tesla does over-the-air software updates, like the 2015 improvement which told drivers the car now does 0 to 60mph 0.1 seconds faster.

Tesla owners go giddy pointing out all the brilliant features – ludicrous mode, the 17-inch touchscreen dashboard panel and so on. The car is merely an extension of Tesla as a company. It’s more like a Silicon Valley software firm than a carmaker. When Tesla needed enterprise resource planning (ERP) software, it built some from scratch in four months. Most companies take a year to install an off-the-shelf ERP. Tesla sells direct to consumers – no dealers – to ensure it has a direct connection to its audience to gather data on their habits.

Rival car companies are looking at Tesla and accelerating their transformation into similar enterprises. Every department is now told be digital-first. All of which is undermining the old monopolist on digital – the chief information officer or CIO.

Axel Schmidt is managing director of Accenture’s automotive practice and from his viewpoint, in the heart of the European car industry in southern Germany, he sees the CIO as in danger of becoming obsolete. “Already 40 per cent of IT decisions are made across the business and not by the CIO,” says Mr Schmidt. “They also do not have the budget for innovation.”

He explains that the new leaders are research and development, marketing and finance that are dealing with mouthwatering new ideas such as virtual reality showrooms, the internet of things and the connected car, and self-driving. The CIO used to have a monopoly on software. Now? “The CIO has for a long time not been at the forefront of innovation,” warns Mr Schmidt.

Insulting to CIOs? Not at all, says Nissan Europe’s CIO Stephen Kneebone. “It’s provocative, yes, but not the first time I’ve heard that view,” Mr Kneebone says. “As the role of CIO is conceived and understood, I absolutely agree. Does that mean the role itself will disappear? I’m not so sure.”

He says much of the problem stems from an outdated conception of CIOs. “Traditional CIOs were order takers,” says Mr Kneebone. “They’d say tell me what you want in terms of provision. There are too many CIOs who have that mandate and continue to deliver nothing more.” For these CIOs, there is one fate: “They will be left behind.” 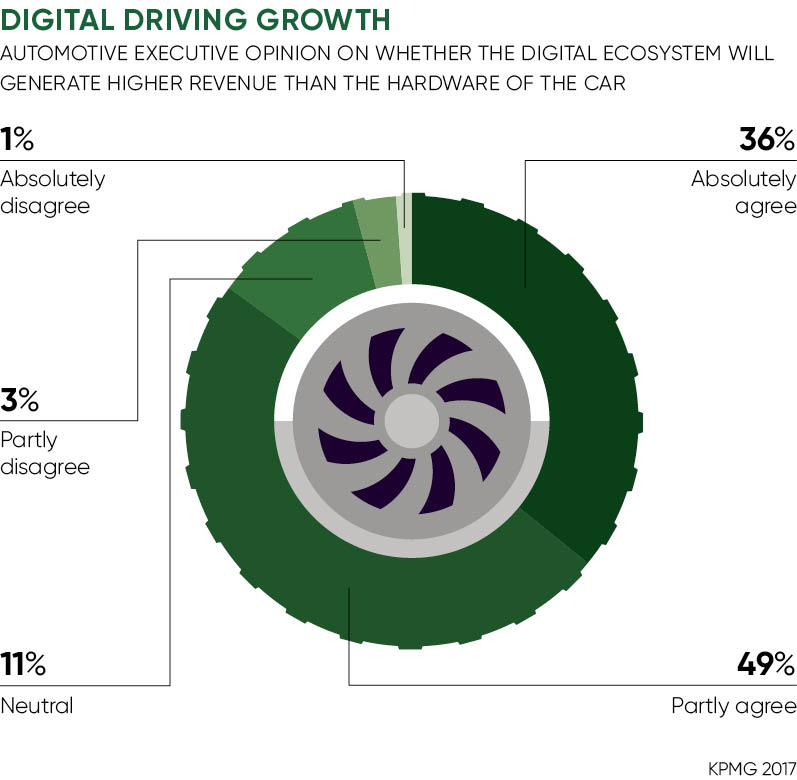 If the old CIO is on the way out, what is the replacement?

Here Mr Kneebone has a razor-sharp vision. “The CIO must be the strategic enabler for all aspects of the business. They must catalyse the transformations to move the business and operations forward.” Less chief information officer, more chief innovation officer. This is what Mr Kneebone has done at Nissan – reinvented his role. He has decided his department will be in the vanguard of the move to digital.

Take marketing. “Eight years ago customers would come into our showroom five or six times before buying. Now it’s once. If their interaction online is not engaging, they’ll move on to another retailer,” he says. “We need to know what vehicles they are looking at. What colours? What specifications? That data gives us insights and intelligence for the guys in manufacturing to do their planning. It requires end-to-end co-ordination.” Thus the CIO and his team are in marketing, helping to distribute customer data to all departments.

Or there’s the connected car concept. Again, Mr Kneebone is in the thick of it. “I have responsibility for cyber and information security,” he says. And electric vehicles? His team work in partnership with all R&D personnel as a sort of mobile tech consultancy.

Ultimately, Mr Kneebone is helping Nissan reinvent its self-conception. “Moving forward, Nissan will be a technology company which happens to design vehicles. We will become more known for the technology and services we provide than the vehicles,” he says. Results suggest his team are on the right path: profits rose 36 per cent in the last financial year to $6.6 billion. Mr Kneebone’s own rewriting of his job description won him CIO of the Year in 2014.

His belief that the CIO can be relevant in the era of Industry 4.0 resonates with the likes of Axel Schmidt at Accenture, who concludes: “We should not be too pessimistic around the role of the CIO. Definitely not. But the CIO needs to free up budget not to be the administrator of IT services, but also to drive innovation of their own – on cloud, security or wherever. They need to sit in the front seat, not the back seat. This needs a change of mindset among CIOs.”

He’s right. And CIOs in other sectors should take heed too.

Developing a hydrogen fuel cell car ought to cost billions. So how can a small startup based in Llandrindod Wells in Wales challenge the major players? “Disruptive technologies always unseat the market leaders,” says Hugo Spowers, founder and chief executive of hydrogen car brand Riversimple. “In the end, it’s easier to design a business model for the 21st century from scratch than tweak what you’ve got.”

The company’s first model car is the Rasa, rather fittingly named after the Latin term for blank slate, tabula rasa. The truly innovative thing isn’t the technology – the fuel cell and parts are industry standard kit – but the way of billing users. “Customers sign a one, two or three-year contract for the car and for that they get everything. The fuel, the servicing, insurance, the lot. Normal car companies only get a part of the revenue from the life of the car. We get it all.”

The cars are only being marketed locally in Wales. This means filling stations can be placed near users, with no need for a national roll-out.

Modern digital technologies mean development needn’t cost an arm and a leg. Riversimple’s designer is Chris Reitz, who was design director at Alfa Romeo. Backers include Sebastian Piëch, grandson of Ferdinand Porsche, and a member of the family which still owns Volkswagen and Porsche.

Riversimple is emblematic of the new era facing chief information officers, in which a disruptor can materialise out of nowhere, armed with a new way of seeing the market. Uber rocked the industry with that mindset. Riversimple is still testing the Rasa pre-launch. But the vision is to rock other manufacturers too slow to follow its lead in supplying cars as a service, not a product.