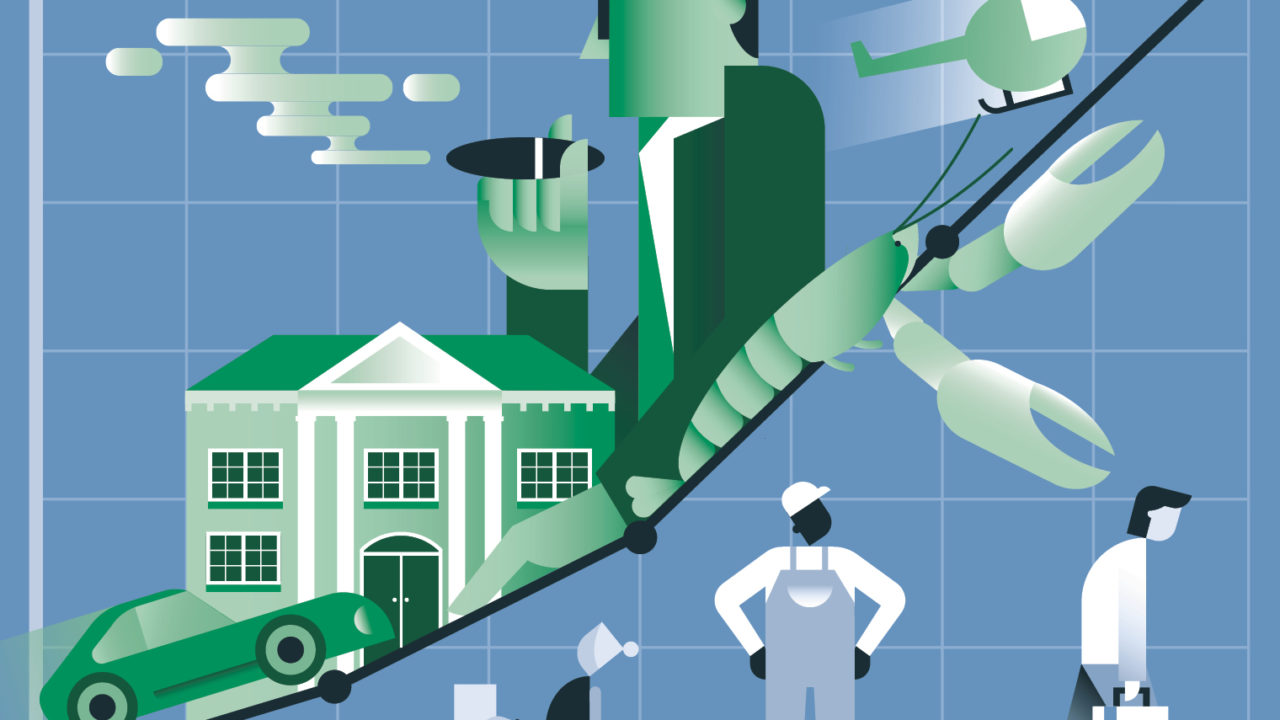 Shareholder and public outrage over exorbitant chief executive pay has simmered away unheeded for years. Occasionally investor indignation boils over. This year, BT, Royal Mail, Shell, AstraZeneca, Persimmon and William Hill were among firms that faced shareholder revolts at their AGMs.

Now, under new legislation coming into effect in 2020, the UK government will demand that large listed companies publish and justify the pay gap between their chief executives and staff. But will publicising the pay gap help to close it?

In 2017, the chief executives of the UK’s biggest listed companies were on average awarded an 11 per cent pay increase compared with an average 2 per cent rise to workers over the same period, pushing their median remuneration to £3.93 million, according to the stewardship service Minerva Analytics.

In the United States, the pay-rise gap was wider still. The average chief executive of the 350 largest firms received an eye-watering $18.9 million, a 17.6 per cent increase on 2016, while the typical workers’ salary barely shifted, increasing just 0.3 per cent, according to a recent study by the Economic Policy Institute (EPI) think tank.

Arguments for pay gap between CEOs and workers

“One way to picture the 312:1 ratio is to consider that there are 260 working days in a year; CEOs earn more in one working day than the typical worker earns in a year,” says Lawrence Mishel, co-author of the study and distinguished EPI fellow.

Even the pay gap between chief executives and very high wage earners is substantial. Chief executives in large firms earn 5.5 times as much as the average earner in the top 0.1 per cent. Yet chief executive pay also sets a precedent for high executive pay universally, in public and private firms, including non-profit organisations and hospitals. “This drive upwards is a major factor behind the growth of top 1 per cent incomes,” says Mr Mishel.

Some economists justify chief executives’ stratospheric pay rises by pointing to their company’s rise in stock prices. If a company’s stock price is increasing, then its chief executive must be doing a good job, the argument goes. Mr Mishel questions whether this hypothesis holds true in a period of inflated value across the whole stock market. More pertinent, he says, is the company’s stock performance relative to other companies.

Most dubious of all is the awarding of chief executive pay rises when the firm has achieved neither an increase in productivity or profits. “If CEO compensation does not correspond to an increase in the firm’s performance, it is a so-called rent,” says Mr Mishel. “CEOs are receiving a bigger slice of a pie that does not grow, meaning there is not enough pie for other people.”

This matters not just because it is egregiously unjust, but because it affects worker morale. In the 1980s, Peter Drucker, the father of management theory, reckoned that a chief executive-to-worker pay ratio exceeding 20:1 would sap morale. Now some are beginning to consider whether outsized chief executive pay is part of the productivity problem. Why would a worker generate more wealth when it is grabbed by those higher up the pay chain at a rate that increases year on year, while the worker’s share shrinks?

If this is the case, then publishing pay ratios is a modest step in the right direction, but is it enough to solve the problem? Without boardrooms pulling in the reins, there is no stopping runaway chief executive pay, argues US senator Elizabeth Warren and TUC general secretary Frances O’Grady, who have called for provisions to place workers on boardroom pay committees. “That would bring a bit of common sense and fairness to decision-making when boardroom pay packets are approved,” says Ms O’Grady.

Is there more that governments could do? Mr Mishel is opposed to government-imposed pay caps, but he does believe that low tax rates have created incentives for the chief executive-to-worker compensation gap to widen.“Most economists believe that the low tax rates helps push the demand for higher pay,” he says. “If a high marginal tax of 70 per cent was imposed on very high income earners, then it wouldn’t be that useful for a CEO to push for higher pay because most of the increase would go to the Treasury.”