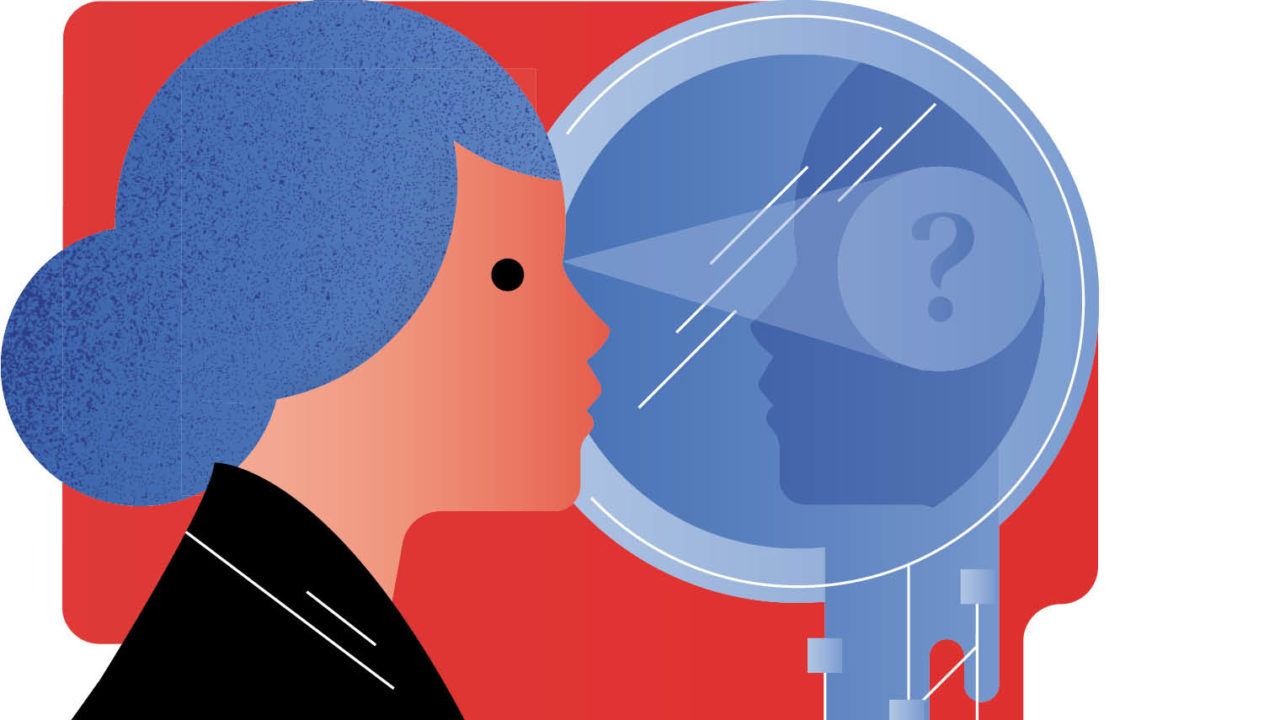 The godfather of bias detection is Daniel Kahneman, who won the Nobel prize for his work. He revealed that intuition, even in matters we know a lot about, can be awful. For example, imagine two maternity hospitals, one large, one small. In a week, 60 per cent of births are female. Which hospital is more likely to be the venue? It takes time to figure out… the smaller one. Small sample sizes suffer more from deviation from the mean. Kahneman found people of all backgrounds failed to analyse sample sizes adequately. “Even statisticians were not good intuitive statisticians,” he concluded.

The original sin of investors is the tendency to assume that bad luck will be compensated by good luck. Karma. Alas, investors are frequently crippled by the belief that the market will magically auto-correct to compensate them for previous losses. Recently the Cboe Volatility Index, known as VIX, which reflects market volatility, tanked. Many investors held on to their positions, praying the market would turn around. It didn’t, losing 90 per cent of its value in a single day. “I’ve lost $4 million, three years’ work and other people’s money,” howled one burnt gambler.

Airline pilots wear smart uniforms for a reason. Not because they belong to a military order. They don’t. But because they want to imply authority. This is great for controlling passengers. They obey. The problem is, so do co-pilots. The writer Malcolm Gladwell in his book Outliers suggests the Korean Air flight 801 crashed because the co-pilot was too reticent to challenge the pilot about his decisions. Post-crash, British investigators demanded the airline “promote a more free atmosphere between the captain and the first officer” to permit questioning. The air of authority can dupe the best of us. A flash of military insignia, or sharp suit, can short-circuit our normal capacity for analysis.

It’s a misconception that the right approach to risk is solely to minimise it. Risk is a vital and necessary part of life. Conservatism bias is what happens when this is not well understood. For example, consumers leave cash in their current account rather than move to a higher yield deposit. The bias for inaction means they forgo revenue. Conservatism bias is why Blockbuster video turned down the acquisition of Netflix for $50 million. The management found it easier to do nothing than embrace risk.

It’s exhausting to think about complex issues. Given half a chance, the human mind will make a break for a simpler, trivial issue to distract itself. Politics is dominated by this effect. Major issues, such as a politician’s view on the national debt, are rarely discussed or reported. Too hard. Instead the focus is on trivial issues, such as whether they can eat a bacon sandwich with dignity. This is a serious issue in risk. It takes effort to get people to think about critical issues, such as life insurance, or the design of a nuclear power station. Given the chance they’ll veer off and focus on something fluffy and trivial, to spare their grey cells.

The British Medical Journal recently came out against bicycle helmets. It’s not that helmets don’t work. Fall off and you’ll be grateful your fragile skull is encased in protective plastic. Rather, the phenomenon of risk compensation negates the benefit. Data from multiple nations shows that when cyclists feel safer they compensate, by taking extra risks, cutting in front of cars and not looking at junctions. Individuals with documented helmet use had 2.2 times the odds of non–helmet users of being involved in an injury-related accident. Furthermore, mandatory helmet wearing reduced cycling, adding to negative effects.

The legendary investor Charlie Munger believed his research into cognitive biases led him to better risk decisions. He marvelled at the beguiling power of effects such as social proof, writing: “Big-shot businessmen get into these waves of social proof. Do you remember some years ago when one oil company bought a fertiliser company, and every other major oil company practically ran out and bought a fertiliser company? And there was no more damned reason for all these oil companies to buy fertiliser companies, but they didn’t know exactly what to do and if Exxon was doing it, it was good enough for Mobil, and vice versa. I think they’re all gone now, but it was a total disaster.”

Human reaction to numbers is riddled with quirks. Richard Shotton’s new book The Choice Factory examines the ability of businesses to harness these biases to influence consumers. For example, tweaking prices by a fraction can boost sales. Discount stores use charm pricing, knocking a penny off to end in “99”. Shotton says: “I surveyed 650 consumers about their value perception of six different products. Half saw prices ending in 99p, while the remainder saw prices a penny or two higher. Charm prices were 9 per cent more likely to be seen as good value than the rounded prices. A disproportionately large improvement for a 1 per cent price drop.”

Sure, we all know about Dunning-Kruger: the idea that dim people overestimate their skills, while bright people doubt their abilities. But could it be that even experts are overconfident? Alas yes, especially when forecasting. Economist Philip Tetlock spent 20 years studying forecasts by experts about the economy, stock markets, wars and other issues. He found the average expert did as well as random guessing or as he put it “as a dart-throwing chimpanzee”. Tetlock believes forecasting can be valid, but only when done with a long list of conditions, including humility, rigorous use of data and a ruthless vigilance for biases of all types. “I believe it is possible to see into the future, at least in some situations and to some extent, and that any intelligent, open-minded and hardworking person can cultivate the requisite skills,” he said. It’s a challenge at the heart of the risk industry.