Now that the dust has settled, how can the outsourcing sector get back on track following the collapse of Carillion? 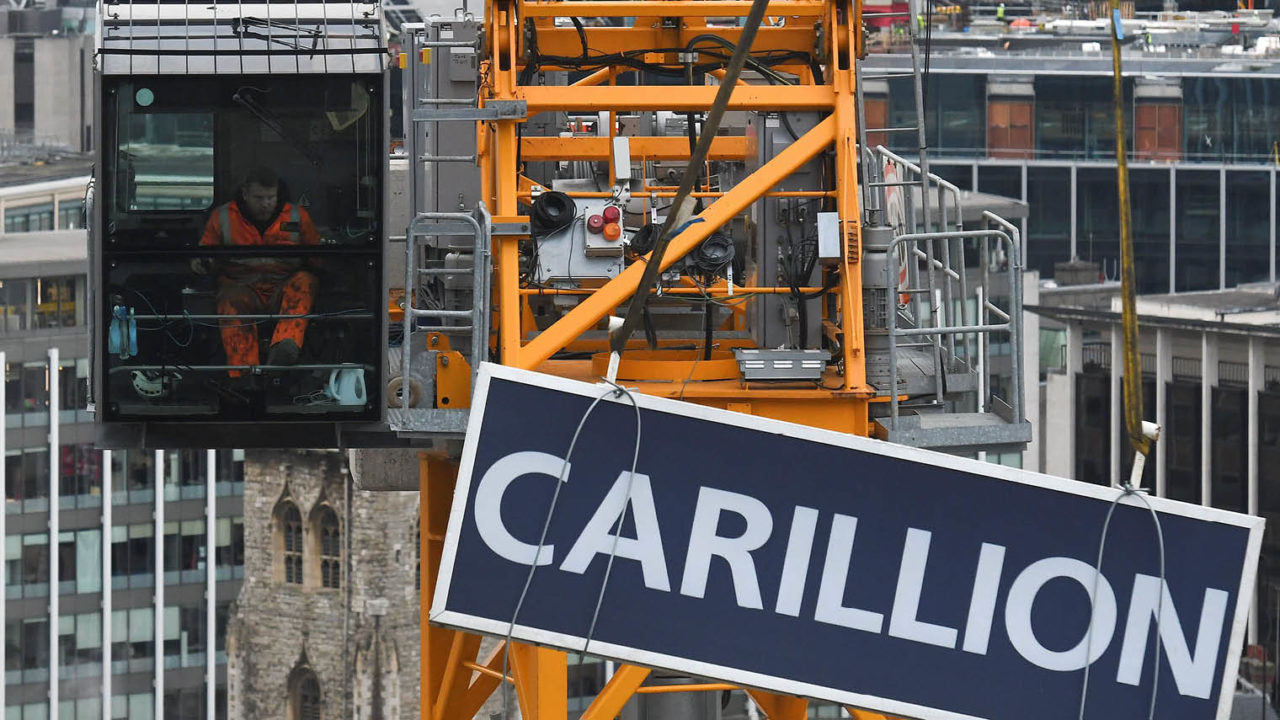 The death of Carillion triggered an outpouring of theories about the shortcomings of public sector outsourcing. But it’s worth remembering that until that fateful moment in January, the industry was basking in a long series of successes.

At the beginning of the year, 200 small companies a week were signing up to the Contracts Portal, a scheme created by the government for small and medium-sized enterprises (SMEs) to compete with big corporations for outsourcing contracts. The supplier list passed 22,000 members, up 53 per cent in 12 months. Great news.

The government announced it was on target to get one pound in three of outsourcing contracts awarded to SME bidders by 2022. That’s two years later than planned, but still good news.

And the Crown Commercial Service (CCS), founded in 2014 to improve the negotiating firepower of the civil service, was growing into a mature, sophisticated troubleshooter.

All seemed rosy. And then Carillion went bust and the entire industry went into panic mode. Leader of the Opposition, Labour’s Jeremy Corbyn, called it the beginning of the end for outsourcing. Confidence evaporated and ever since the outsourcing industry has been in crisis.

Front and centre is the problem of oversized bidders. Yes, the SME bidders were growing in numbers, but the mid-size were getting hammered.

Denise O’Leary, boss of Purpol Marketing, a construction industry bid-writing specialist, witnessed the calamitous erosion of mid-sized bidders. “The government procurement method of placing value on the largest organisation had already driven the collapse of many regional and local contractors from the supply chain,” she says.

“In the recession, the larger companies chose to win projects at under cost to keep their teams busy, and cash-strapped local authorities took as many savings as they could, even if they recognised that their selection may not be sustainable for the duration of the project.”

Big bidders built a track record of handling big contracts, despite the wafer-thin or negative margins, leading to further bid wins. Ms O’Leary puts it this way: “Large companies had most evidence of past projects, which were given highest weighting in the assessment model. Many of these had to be in the last five years, so only organisations that had chosen to make a loss and taken jobs then had the case studies to prove their suitability for future ones. This then squeezed more and more contractors out of the supply chain.” It was a recipe for disaster.

A second glitch in the matrix came from the evaluations used by councils. Helen Randall, partner at law firm Trowers & Hamlins, helped negotiate contracts with Carillion and other major public sector contractors. She says the quality component was underrated. “Most PFI [private finance initiative] contracts were evaluated on a 60 per cent quality, 40 per cent price basis. However, experience has shown that if a public authority applies an evaluation ratio where price represents anything more than 30 per cent, then inevitably price will always trump quality,” says Ms Randall.

Another problem is that falling budgets led to falling expertise. Paul Dossett, head of local government for Grant Thornton UK, saw this at first hand. “Headcount reduction due to prolonged austerity has led to many councils not having the necessary in-house expertise to effectively draw up contracts and procure suppliers, or the capacity and capability to undertake the correct due diligence and effectively monitor contracts once they have been let,” he says.

His view is supported by Ms Randall. “As someone who has worked in both the public and private sectors, I can see both sides of the picture, but many civil servants haven’t had enough exposure to the business world so they don’t understand how a bid is put together,” she says. “I’m a strong advocate of seconding civil servants into the commercial sector so they can understand how profit is calculated and why you need contracts that will allow contractors to make a profit to stay afloat.”

In theory, the CCS should swoop in to help beleaguered public entities. But it failed to notice the problems at Carillion. And it arguably failed in its primary duty to help state bodies negotiate viable deals with the company. Worse, claims James Bousher, manager at consultancy group Ayming, the CCS strategy for helping is flawed.

“The CCS attempts to do this through maintaining their strategic supplier list, but it only contains around 30 suppliers and their impact doesn’t reach far beyond central government,” says Mr Bousher. “There’s no clear path, or necessarily even expectation, for a devolved contracting authority to raise concerns as a warning to the wider public sector. Even then, once bad contracts are identified, the real challenge is working out what to do with them.”

While we tend to only hear about failing outsourcers and failing councils, in reality the majority of councils are well run and most outsourcing contracts deliver what was promised

Other helpful tools are underused. Open book costing, where margins are agreed with the buyer, are promising, but not routine. The British Standard on collaboration (BS 11000) has a poor take-up. In theory, it should help contracts be shared between multiple parties, removing the “winner takes all” problem of today.

In the final analysis, it is worth remembering that most public sector contracts work well. As Mr Dossett of Grant Thornton puts it: “While we tend to only hear about failing outsourcers and failing councils, in reality the majority of councils are well run and most outsourcing contracts deliver what was promised.”

Carillion should not undermine the role of outsourcing in the public sector. An ecosystem of outsourcers can supply agility, technical expertise, focus and a motivated workforce. But the landscape must change. Mid-sized bidders must thrive. Contracts must include larger provision for quality. The public sector must foster talent, experienced in deal-making and the CCS is critical in that mission.

Above all, the public sector must learn that outsource partners can’t live on below 3 per cent margins. Cheap does not equal good. If Carillion offers one lasting lesson, let it be that one.