Once seemingly unstoppable forces of globalisation and free trade are being challenged by the rise of protectionist policies in many Western countries. In turn, the future of offshore outsourcing is growing increasingly uncertain, especially as US President Donald Trump makes overtures to withdraw from major trade agreements and the populist upheaval in Europe puts pressure on companies to reshore their operations.

Overseas companies are acutely aware of the disruptive market they find themselves in, with the level of concern varying from region to region, according to Dave Hecker, an offshore software outsourcing specialist who has advised Fortune 500 companies. 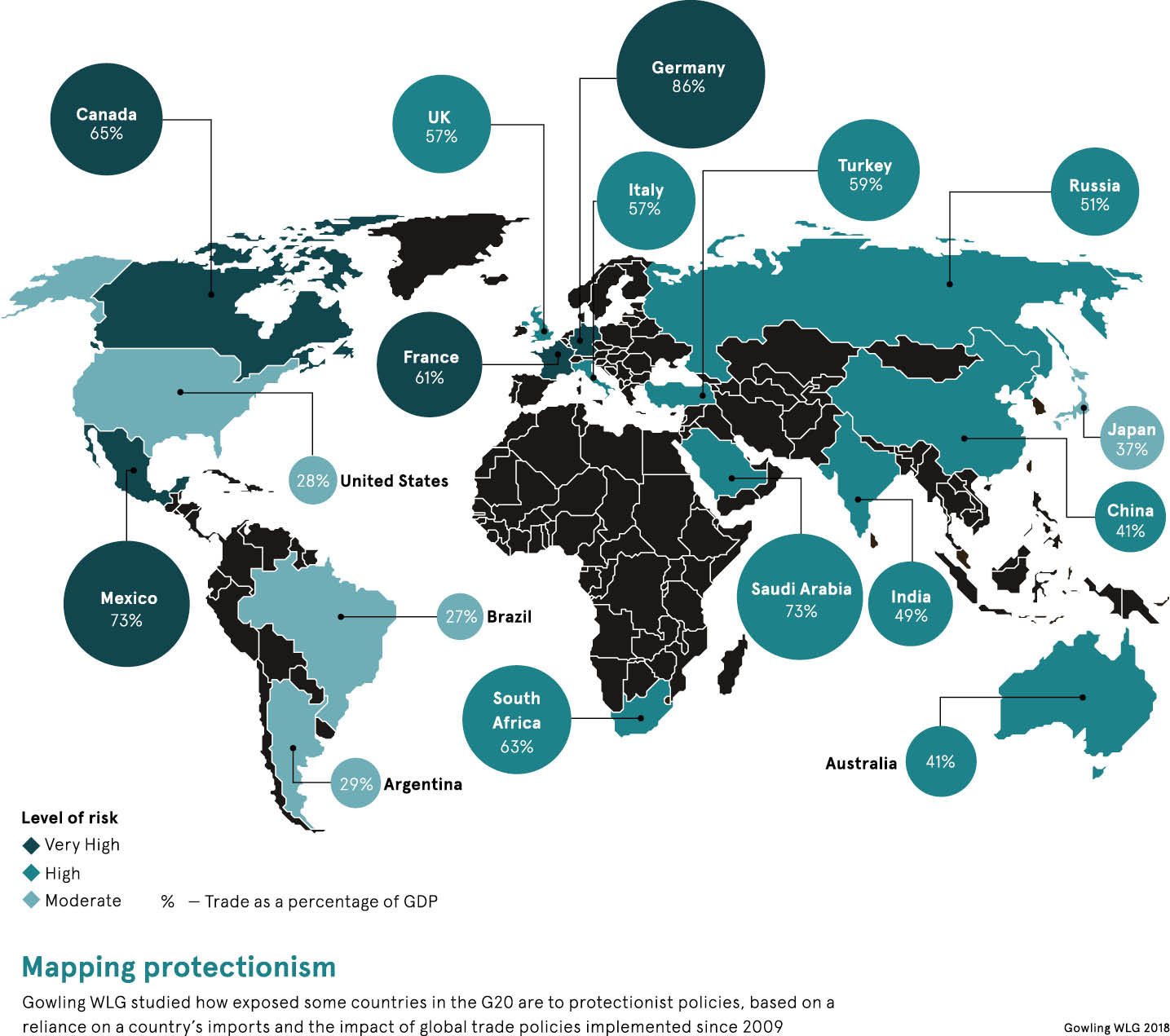 “Many large software firms in India express real concern about protectionist policies in the United States because they rely heavily on US outsourcing and are the biggest participants in the H-1B visa [extension] programme. Meanwhile, Eastern European software vendors seem to have little concern over protectionism in the US, as they have easy access to the European market, which is smaller than the US, closer and very lucrative,” says Mr Hecker.

Even before Brexit and Trump, restrictive trade policies were being implemented by governments across the globe

Even before Brexit and Trump, restrictive trade policies were being implemented by governments across the globe. According to research by law firm Gowling WLG, from 2009 to 2016, 5,657 European Union directives and measures harmful to trade were enacted. While these policies will obviously not have a positive impact on outsourcing-reliant companies and economies, the urgent need for the efficiencies and expertise offered by outsourcing remains undeniable.

There are few signs that the backlash against globalisation is set to tail off anytime soon, but at the same time large corporations still require employees with specific skills and knowledge that can sometimes be best located overseas. A central issue critics have of offshore outsourcing is the apparent job losses caused by it at home, although a recent study from Professor Nigel Driffield at Warwick Business School goes some way towards dispelling this claim.

Professor Driffield and his colleagues investigated the impact that offshore outsourcing had on home-country employment over an almost 20-year period and found “there is no evidence to support the assertion that offshoring will have a negative effect on employment at home’. Multinational companies would be quite reasonably concerned about offshore outsourcing, if they fear adverse populist reactions, but the true impact of offshoring is more complex than a simple soundbite.

“Politics and culture aside, we simply don’t have enough truly qualified software professionals in the US, so the idea that foreigners are ‘taking our jobs’ simply isn’t true. It’s hard to imagine any administration enacting policy that would have a huge negative impact on the software industry and Silicon Valley,” says Tom Quigley, chief executive of think-tank Emerging Europe Alliance.

Mr Quigley explains how a number of Central and Eastern European (CEE) outsourcing service providers are starting to put boots on the ground in the UK, giving them the ability to conduct regular face-to-face meetings at an account management level. In the CEE region itself, there are calls for the creation of new partnerships and collaborations to improve its value proposition.

“At market level, businesses in Poland are partnering with businesses in Ukraine, and trade associations are sharing knowledge and data, co-hosting events and collaborating more actively,” says Mr Quigley. “Businesses in the region are increasingly focusing on innovation and value creation, leveraging new technologies and talking up their partnership methodologies like transparency, share of risk, access to future skills and emerging technologies.”

The recent launch of the Emerging Europe Alliance for Business Services, Innovation and Technology, which sets out to raise the profile of the region in global markets, is one example of the organisations being created in response to threats of reshoring and political risks that challenge the outsourcing status quo.

This alliance will work to create a new ecosystem of service providers, advisories, startups and incubators. “Because this is a platform at a scale which has never existed before, it will open up all sorts of possibilities for partnerships, collaboration and further innovation, which we predict will contribute to economic growth,” says Mr Quigley.

In a bid to stay competitive in an era of anti-globalisation, forward-thinking outsourcers are embracing new ways of doing business. Sukand Ramachandran, partner at the Boston Consulting Group in London, believes that as the use of robotic process automation and artificial intelligence technologies increases at companies of all sizes, outsourcers are changing their service offering.

“Outsourcers are looking to harness the digitisation wave and move progressively from being a provider of ‘smart labour’ at a ‘cost-effective’ price to a provider of digitised activities, charging for outcomes and digital activities, or harnessing digital technologies to provide value-added services,” he says.