Youth, the playwright George Bernard Shaw famously claimed, “is wasted on the young”. But when it comes to the public perception of the qualities of a startup founder, thanks to Mark Zuckerberg and co, the appearance of youth seems to be prized above all other attributes.

And yet the truth is, if you delve into all the data available, the average age of founders of the most successful tech startups is 45. Moreover, according to a study published by Harvard Business Review, even the tech titans who did start out in their early twenties – Bill Gates, Steve Jobs, Jeff Bezos, Sergey Brin, Larry Page – experienced their biggest business success when they were middle aged. Steve Jobs and Apple launched the iPhone when he was 52, while Amazon’s future market capitalisation growth rate was at its peak when Jeff Bezos was 45.

Profile of a tech entrepreneur 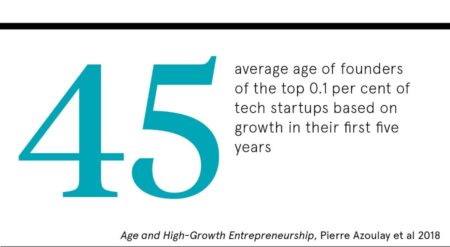 Age helps, he adds: “What I understand today, that I didn’t decades ago when I started out, is to be a successful entrepreneur you have to be able to see past the noise and darkness and brave your way to the other end.”

Wisdom builds over the decades. “My fifth startup, Carbonite, just got sold for $1.4 billion and I’m almost three years into my sixth, Wasabi, data storage in the cloud,” says David Friend, founder and chief executive of Wasabi Technologies, now aged 71 and a successful, seven-time entrepreneur. “I finally feel like I know what I’m doing. My first startup, right out of college, was reasonably successful, but it makes me cringe to think of all the dumb mistakes I made.

“After more than 40 years as a CEO, you see many of the same issues emerge over and over again. Issues like how to put a team together, how to position and differentiate a product, building a corporate culture. After all this time, I have a sense of what will work and what won’t. More importantly, I have a higher degree of confidence in my day-to-day decisions and that sense of confidence ripples through the organisation.”

Qualities of a startup founder improve with age

Despite all the media emphasis on young entrepreneurs, the qualities of a startup founder are enhanced with age and this helps when it comes to seeking investment, scaling their business and ultimately achieving a successful exit after acquisition.

“I IPO’d a business I started in my twenties, I grew a not-for-profit in my thirties and now my latest business is growing at a pace that is exhilarating and terrifying in equal measure,” says Mark K. Smith, chief executive of tech company ContactEngine. “I’ve raised tens of millions of dollars and I’ve seen huge success.”

After more than 40 years as a CEO, you see many of the same issues emerge over and over again

“You’d imagine, wouldn’t you, that this experience might be the end of a career? Well it wasn’t for me. The thing is that when you IPO you are entering into a human construct that defies logical explanation. Markets ebb and flow not, as you might imagine, on the basis of science, but of the more nebulous metric of sentiment,” says Dr Smith.

Learning to embrace failure is key

Sentiment, on a national scale, explains our negative attitude to failure in the UK; we would not see having failed as one of the essential qualities of a startup founder.

“I’ll always remember the classic water cooler conversation with a friend of mine who told me she’d heard someone commenting on me,’ recalls Eric Mayes, CEO of the Cambridge tech company Endomag, which uses nanoparticle technology to help surgeons mark and remove cancerous tissue.

“They had said, ‘Eric has great ideas, but he’ll never deliver’, because my first venture failed. Of course, it hurts and touches you, even though you know it is narrow thinking. It’s always a shock to hear people think that way, when you have the kind of positivity that creates something out of nothing,” he says. 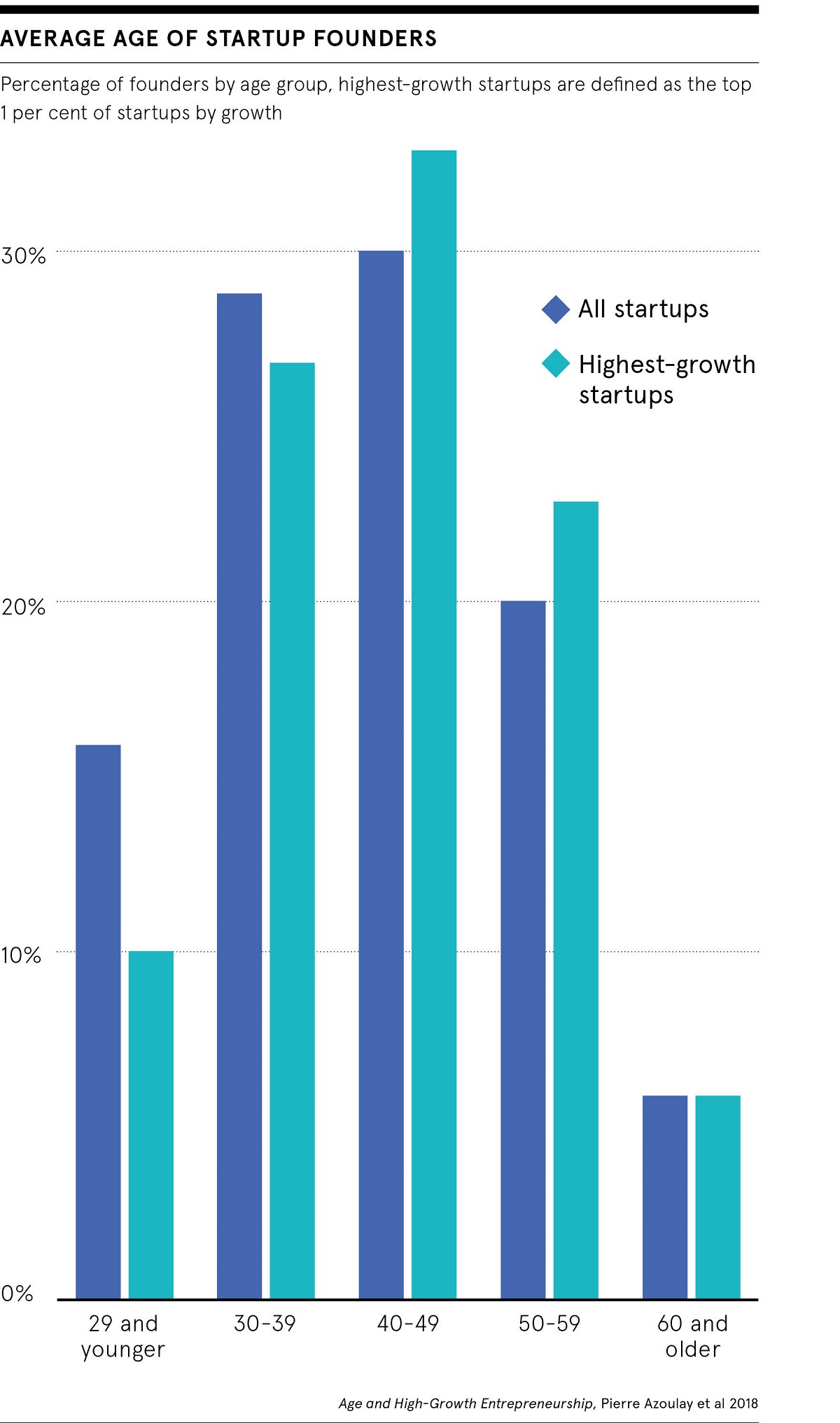 Older tech entrepreneurs who’ve overcome early disaster have resilience; they’re not afraid to ask questions or ashamed to admit they don’t know everything. “There is a certain power in not trying to be the oracle with all the answers,” Mr Mayes explains. “It frees you up to ask the questions that lead to better answers. It’s a great basis for managing people, projects or teams in general.”

By contrast, in the United States, failure is viewed as a nightmarish part of the American dream.

“‘Failing fast’ is a mantra that startups and entrepreneurs often quote,” says Mr Malhotra. “What that means is having the courage, passion and tenacity to do what others fear. Try things and challenge the way things are done. Being an entrepreneur is the hardest and most mentally exhausting undertaking and those who have the energy to try again and again will learn and grow at warp speed.”

The secret to being a successful startup founder?

Ironically, having been through failure is one of the ultimate qualities of a startup founder that give older business brains an advantage. “Entrepreneurs who ‘fail’ will eventually succeed and change the world. They will become the mavericks, the disruptors and the leaders the world admires,” says Mr Malhotra, giving 48-year-old Elon Musk (Tesla, SpaceX) and 81-year-old Ratan Tata (Tata Group) as examples.

Interestingly, Dr Smith sees the experience that comes with age as so integral to the qualities of a startup founder that he’s only really interested in investors who are at least 45 years old. “That seems rather specific doesn’t it? Well here’s why: the last tech crash’s 20-year anniversary is next April and, if you ignore the 2008 banking collapse when, oddly, the ‘new’ tech bubble avoided being burst, then we are due for a ‘correction’ quite soon,” he says.

“And if your investors are wee boys or girls and have not seen the trough and only the peak, then beware. Because you need to understand that shares go down as well as up. That is when ‘proper’ companies win out. Just another ‘Uber of’ or another social media silliness will crash and burn.”