They are often lambasted as figures of fun, but middle managers can hold the key to success 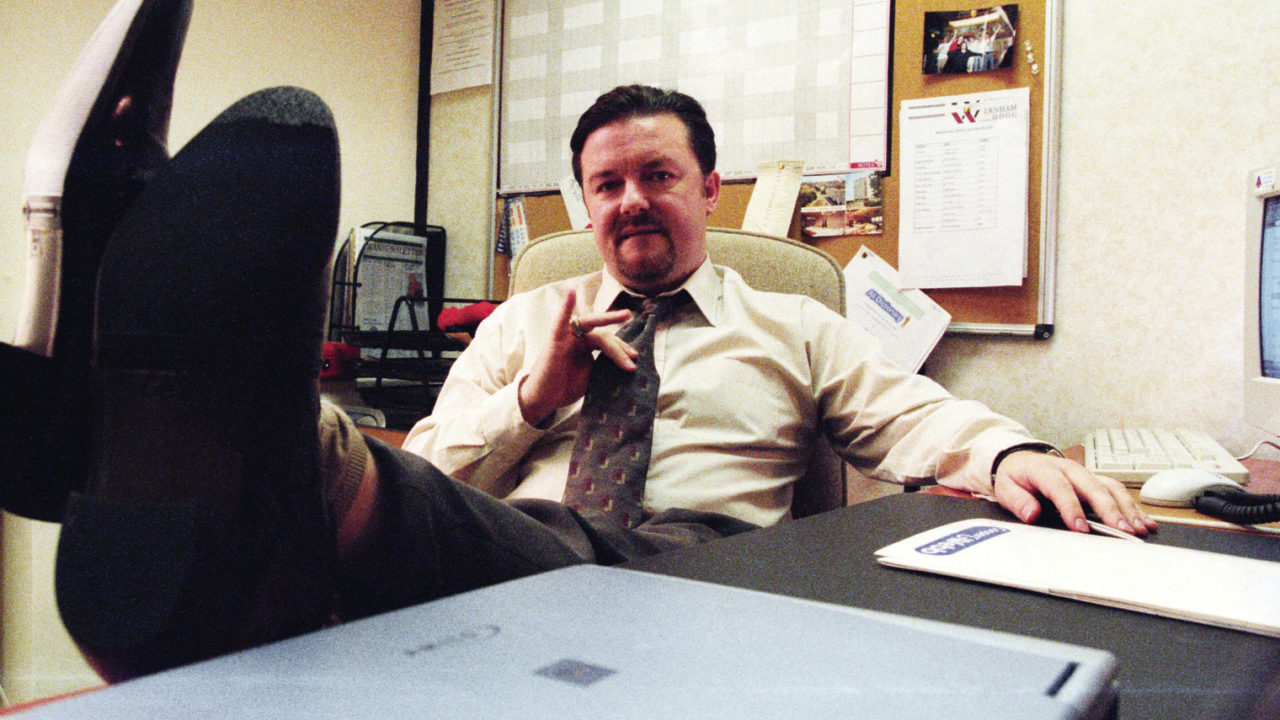 “I’ve created an atmosphere where I’m a friend first, a boss second and probably an entertainer third,” says David Brent, the deluded general manager of Wernham Hogg’s Slough branch, in the first episode of cultish mockumentary The Office.

Ricky Gervais’ moustachioed middle-management misfit at the fictitious paper company – where “life is stationery” – is a narcissistic, yet insecure, character who portrays himself as a maverick business leader and polymath. His ill-judged jocularity and inability to connect with colleagues fuels the wince-inducing comedy.

Ridiculing middle management has long been popular, and not just in the UK; The Office has spawned copycat series in America, France, Israel, Brazil and Canada. However, ineffective middle management is a serious business.

Notwithstanding the widely-held belief that middle management is perennially bloated, with many promoted to that level and unlikely to go any higher – “employees join companies, but leave managers” goes the adage – it is clear inadequate engagement with staff and a lack of emotional intelligence (EI) is costly.

Even for highly developed economies, active disengagement in the workplace causes an immense drain in terms of productivity and profitability, and Gallup estimates a staggering £5.3 trillion is lost every year globally due to poor productivity.

Gallup’s most recent State of the Global Workforce report, published last year, estimates disengaged employees are costing the UK up to £87.2 billion in lost productivity. Worse, only 11 per cent of UK workers are “actively involved and enthusiastic” about their jobs, 4 per cent lower than the global average. Little wonder the UK is currently languishing in seventh place in the G7 productivity rankings and is a lowly 17th in the G20.

“According to the Office for National Statistics (ONS), the UK is falling further behind its G7 counterparts, with productivity now 16 per cent below the average of the other economies,” says Matt Weston, managing director at specialist recruitment company Robert Half UK. “Middle managers are the operational heartbeat of any organisation, and vital to ensuring that the goals of the senior team are met by the working practices of operational staff. Ultimately, they are the difference between success and failure.

Middle managers are the difference between success and failure

“Poor communication causes staff to feel disenfranchised. It can mean they are working towards the wrong goals, causing them to feel under-appreciated and making their work seem meaningless. The issue is widespread, with four in ten UK employees feeling they are not well managed, deeming their manager a ‘bad boss’.

“This negativity impacts employee retention, too. With employee turnover increasing by over a third during the last three years, the issue of poor management is not one employers can afford to ignore.”

Middle managers with emotional intelligence could be productivity key

Paul Russell, managing director of soft-skills training company Luxury Academy, goes further. “EI is more important at this level of management than at any other because of the interaction middle managers have with staff,” he says.

“The UK is one of the worst countries in the world for EI at middle-management level. We still have this mentality in the UK of ‘I’m not here to win a popularity contest’ as though this somehow excuses poor management and negates the need to engage with staff on an emotional level. The idea that you can perform well as a middle manager without EI is outdated and also very dangerous in the modern workplace.”

Petra Wilton, director of strategy at the Chartered Management Institute, jokes that middle management is referred to as “permafrost – the place where all good ideas go to die”.

She says: “Good middle managers are essential for building high-trust, high-performing businesses. Too often individuals are promoted into middle management because they are good at their function, such as marketing, sales or engineering, but with very little training on management.

“Indeed, our research shows 71 per cent of companies fail to train first-line managers, creating far too many ‘accidental managers’ who struggle to do a good job. There are currently 2.4 million accidental managers in the UK and it’s costing businesses tens of billions of pounds a year in lost productivity. 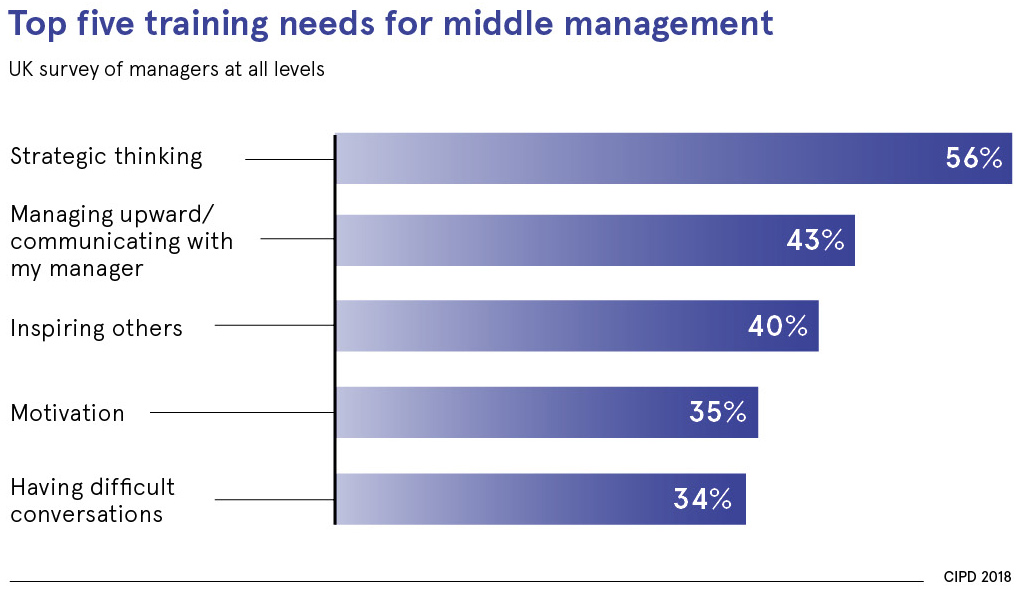 “The quality of management is the biggest factor in determining productivity – the Bank of England, ONS and the Organisation for Economic Co-operation and Development all pick it out as the one thing that influences business performance above all. As such, far more middle managers need to be better empowered to deliver against their company strategy, and work closely with senior management to connect with the workforce and build trust.

“Employers need to do far more to invest in training their managers or they’ll continue to pay a premium through poor business performance. We clearly need to move on from this view that they’re unproductive and easy-to-trim fat.”

But how do businesses improve the EI of middle managers? Dr Andy Cope, an author with a PhD in positive psychology, says: “EI is the cornerstone of trust; it is about tuning into people, getting on their wavelength and creating strong relationships. The ability to build rapport with a network of key individuals stands out as a major factor in getting people to go above their job description.

“One of the simplest ways to improve EI is to refocus away from your ‘to-do’ list towards your ‘to-be’ list. This is a bold change of emphasis because it requires you to be honest when answering the question, ‘Who am I being while I’m doing the things on my to-do list?’

“Are you being empathetic, positive, nurturing, optimistic, upbeat and open minded? Or are you being ground down by multiple projects and burgeoning emails? By focusing on your to-be list, you and your team become more productive and end up getting more done.”

It’s clear that upgrading EI at middle-management level is imperative for success. Those who take it seriously will boost the bottom line, while the others face being the butt of derision, much like David Brent.