Microsoft may have lost some of its capacity for business reinvention in recent years, but many companies continue to look to the technology giants on America’s West Coast for inspiration because of their ability to disrupt themselves and engage their workforce.

Apple used to make personal computers but, over the course of a decade, morphed into a manufacturer of iPod music listening devices, then iPhones and iPads, and now smartwatches.

Amazon began as a distributor of physical books, but has transformed itself multiple times into a retailer of electronics and homeware, a publisher of e-books, and a vendor of high-powered cloud-computing storage.

Facebook started out as a social network on desktop computers, pivoted to become a mobile-first company and made a string of transformative purchases, including Instagram, WhatsApp and Oculus Rift, which broadened its scale.

The most successful enterprises are those willing to harness the benefits of transformation, according to 86 per cent of business leaders surveyed by Google.

The internet search giant is leading by example. The company has had a long record of investing in experimental new technology, dubbed moonshots, such as driverless cars and virtual reality. But last year it made this pursuit of innovation a part of its corporate structure by creating a new holding company, called Alphabet, which runs Google separately from its moonshots, which it calls “other bets”.

Business transformation is often costly and takes time. Few companies have the large, offshore cash piles that the tech giants have amassed, so they may feel they are not able to afford to take risks. 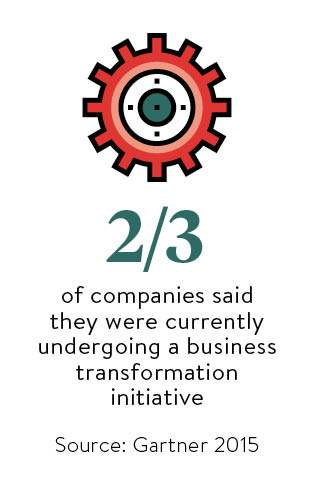 However, the pressure to change is mounting because the speed of the technology revolution is accelerating thanks to super-fast 4G mobile and broadband, even if Mr Gates’ maxim about people overestimating the change in two years still holds true.

According to a survey by the accountancy firm PwC, 60 per cent of chief executives said they see more business opportunities now than they did three years ago, but almost three-quarters were concerned they lack the capability to take advantage of these opportunities.

The problem for “legacy” companies is often not about spotting the need for business transformation. Rather it is about having the strength to push through change when there could be multiple internal and external stakeholders that are wary or resistant, from shareholders to employees, from bank lenders to customers, from politicians to regulators.

British Airways foresaw the need to launch a low-cost airline, Go, to compete with the no-frills carriers in 1998. But BA’s high existing cost base, unionised workforce and fear of cannibalising its own revenues were obstacles to making Go a success, and it was sold within two years, only for one of BA’s cut-price competitors, easyJet, to buy it.

Food retailing has faced similar problems to travel as discounters such as Aldi and Lidl, as well as new tech-savvy entrants such as Ocado and Amazon, have disrupted the industry on two fronts.

The major UK supermarkets – Tesco, Sainsbury’s, Asda and Morrisons – invested heavily in large, out-of-town stores that squeezed smaller retailers a decade ago, but then the “big four” got caught out when shoppers switched to the internet and returned to the high street to make smaller, more frequent purchases in “express” stores.

When a company is listed on the stock market, it means there are additional complications in business transformation because management needs to report quarterly trading figures, and the investor and media spotlight can be unforgiving, particularly if a company is struggling financially. In such circumstances, it can make more sense for private equity to turn around a business, away from prying eyes.

Yet, under the leadership of chief executive Adam Crozier, ITV has completed a largely successful five-year transformation while listed on the stock market. Britain’s biggest commercial broadcaster by advertising revenue has diversified, by expanding its programme-making arm through a series of acquisitions. Profits have risen, the share price has jumped more than fourfold and ITV has joined the FTSE 100 Index.

Sometimes business transformation requires the breaking of corporate taboos. In his book How Google Works, which the company’s long-serving chairman Eric Schmidt co-authored, he gives a series of tips to foster a startup culture. These include keep the workplace “crowded” so staff bump into each other, don’t defer to the highest paid person’s opinion, establish “a culture of yes” where people try things rather than just say no and bet on technical insights, not market research.

Mr Schmidt offers sage advice given Google’s own track record as the business, which was founded in 1998, briefly overtook Apple to become the world’s most valuable company earlier this year.

To return to Bill Gates’ maxim, the only certainty about the next ten years is that every business will have to transform dramatically if it wants to thrive. 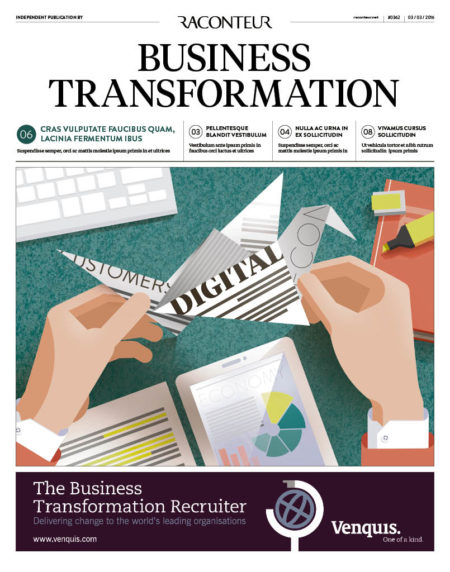