Public speaking commonly comes top of the list in surveys of people’s fears. In fact, accepted wisdom says that a huge 75 per cent of individuals feel anxious to a greater or lesser extent when faced with presenting to an audience.

People want to feel speakers know what you’re talking about, but ‘personality’ is the secret ingredient

But exactly what is it that makes a good or bad speaker and what key qualities, characteristics and skills are required to wow listeners?

Is “personality” the secret to a great speaker?

In the view of Bradley Maule-ffinch, portfolio director for Europe, the Middle East and Africa at event organiser Imago Techmedia, it comes down to content and style, both of which are equally important. 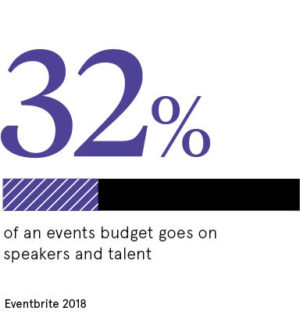 “People want to feel speakers know what you’re talking about, but ‘personality’ is the secret ingredient,” he explains. “If you can’t make the session engaging, you can have the best content in the world, but you’ll be in trouble.”

It also helps if presenters are famous in their field, while being controversial and even somewhat opinionated often adds a bit of spice too. More inexperienced speakers in the form of young social media influencers or entrepreneurs are also an increasing draw but can be complemented by veteran subject-matter experts to ensure the programme is a balanced one.

As to what having ‘personality’ actually means, Mr Maule-ffinch describes it as “being able to bring your knowledge to life in some way”. This is important because “the ability to relate to people at a human level is crucial”, he believes.

Jay Surti, a business presentation coach and author of Ultimate Presentations, agrees. “You can be the biggest expert in the world in your subject, but if you don’t think about how to put your content across in a way the audience can process, it undermines your credibility,” she says. “So it’s about being natural and connecting with people by being yourself.”

What not to do when public speaking

Major no-nos include never looking up from your computer screen, reading from a slide deck, giving meandering speeches that overrun, and doing anything that distracts the audience from the message being discussed, such as gesticulating or moving around the stage too much.

Moreover, while props can be useful, it is crucial that they have a clear function and enhance an individual’s presentation rather than detract from it. For instance, slides should not be covered in wordy bullet points that people will inevitably read rather than focus on what is being said. Instead they should include visual images and no more than three words to help illustrate an argument.

Paul Russell, managing director at soft skills training provider Luxury Academy, explains: “It’s about the message and people connecting with the message, and everything else, including body language and visual aids, should enhance that message. The aim is to bring the audience along with you on the ride, and to do that involves showing you are confident in both yourself and your subject – and that you don’t take yourself too seriously.”

As a result, he recommends that presenters start with an anecdote based on self-deprecating humour – rather than a gag, which may prove unwittingly offensive to different demographic groups. Asking the audience questions in a mini-quiz or taking a straw poll of opinions related to the topic in hand can also be useful tricks to grab people’s attention and engage them quickly. 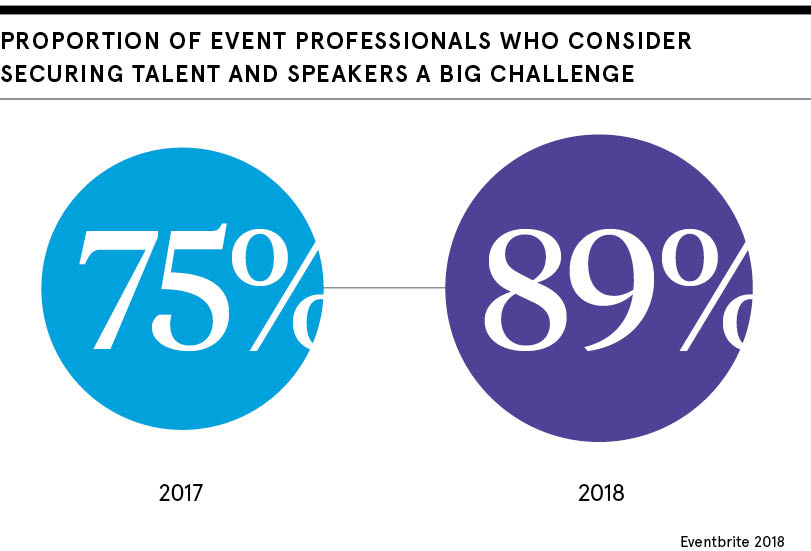 How can speakers beat the nerves?

As for controlling the inevitable nerves, it is worth bearing in mind that obsessing about it only makes things worse and a speaker’s anxiety is always more noticeable to themselves than others.

Ms Sutri advises: “Nerves are just an adrenalin rush resulting from your fight or flight mechanism, so focus on feeling confident rather than scared as your brain will go where you tell it to and your body will follow. Remember to breathe and adopt a confident body posture and you’ll start to feel more confident – and the more you do it, the more it’ll happen.” 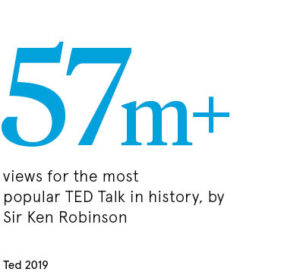 In fact, rehearsing as much as possible to iron out both content and style issues is a must – even for confident speakers – and event organisers’ speaker relations teams have a useful role to play here.

But as well as more formal run-throughs, Mr Russell also recommends that presenters practise their speech repeatedly in front of patient friends as doing so means constantly having to find new ways of saying the same thing so that they remain engaged.

Preparation, planning and practice are crucial

Another tip is to keep everything as simple as possible, which includes avoiding big words and complex sentences, in order to make content “relatable and understandable”.

“The very best speakers look as if they’re doing it ad lib while standing having a chat, but that level of effortlessness takes days of practice in front of the mirror,” Mr Russell says.

Put another way, preparation and planning are key to success. In a content sense, before doing anything else, it is imperative that speakers come up with an engaging title and summary for their presentation as it is these commonly overlooked elements that act as initial bait for the audience. Event organisers’ speaker relations teams can provide invaluable support here.

It’s about the message and people connecting with the message, and everything else, including body language and visual aids, should enhance that message

But they also have a useful role to play in helping presenters understand their audience, and what is likely to interest and, even more importantly, constitute ‘value’ to it in presentation terms.

According to Ms Sutri, the best place to start when preparing a speech is at the end, perhaps with a call to action or advice point, and to “reverse-engineer it from there”. She also advises against including too much content as most listeners can absorb on average up to three core messages. This means prioritising and structuring the presentation around these points, which should be illustrated with stories and case studies.

But it is also vital that speeches do not end up being “too regimented”, warns Chelsea Cox, founder of events organiser, Well Defined. As a result, she advises: “Figure out what topic is likely to have the biggest impact, work out a framework for your talk, and plan for flow. Create a start and an end, but ensure there’s space for flexibility in between, so you can change tack if the engagement isn’t there.”

Experience and support can help a good speaker become great

In other words, preparing for worst-case scenarios, which includes timing errors and malfunctioning technology, is imperative.

But Ms Cox also notes that over time, most speakers “evolve through experience, and so it’s important to create a community to support that growth”.

To this end, she arranges a dinner every quarter to provide her speakers with a forum to discuss trending topics and build relationships both with herself and peers. Ms Cox also regularly attends networking events, such as launches and book signings, to both show support and spot potential new talent.

“People feel more supported if they have a say and feel involved in helping to put a content plan together or suggest an idea for a panel they’d like to host,” she says. “There needs to be constant engagement and if you keep people close, it all makes for better events – for everyone.”

Lining up a diverse range of speakers is essential these days in order to create a progressive and insightful event. But in a business world where white, middle-class males continue to hold the majority of senior management positions so often favoured by audiences, the talent pool can be limited.

Furthermore, this situation also creates a Catch 22. Jay Sutri, a business presentation coach, explains: “If you don’t see people like you, there are no role models and you don’t feel like you belong. But taking a risk and going with less experienced speakers from outside the usual sources - such as book publishers, for example – means you can help inspire the next generation.”

Chelsea Cox, founder of Well Defined, agrees that a 50:50 split in terms of using established speakers and “new faces” can often take you a long way down the diversity path.

“Nine times out of ten, ‘new faces’ come as recommendations from the established 50 per cent after they’ve come cross them on social media or at other events,” she points out. “But at networking dos, it’s also worth looking for young, up-and-coming people, who are entrepreneurs or just out of university.”

Bradley Maule-ffinch from Imago Techmedia likewise recommends interacting with “grass roots” social media influencers as they tend to come from more diverse backgrounds than boardroom members or speakers on the books of talent agencies.

“There are lots of people doing everything from podcasts and blogging to Twitter,” he says. “I’d recommend engaging with every medium you can and really understanding your market as it’ll help you recognise who’s doing interesting stuff on the edge.” 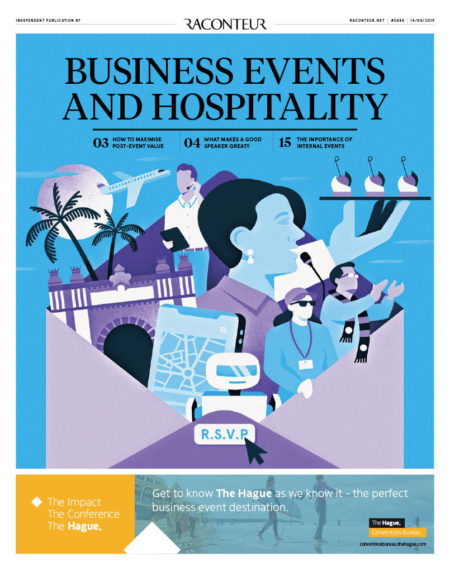