Look at consumers’ behaviour over the last five years – they have embraced immediate communication and instant service faster than many of the most bullish forecasters expected.

From Amazon Prime to Uber and Snapchat to Deliveroo, it is the speed of virtual or physical delivery that has thrilled users in what has been dubbed “The Now Economy”.

While the business-to-consumer (B2C) sector has seen rapid growth, chiefly through app-based companies, there could be greater potential in the business-to-business (B2B) market.

The global B2B market in e-commerce could be worth double the size of the B2C sector by 2020, according to Frost & Sullivan, a consulting firm.

Robert Colvile, author of The Great Acceleration: How The World Is Getting Faster, says: “I think the impulse towards speed applies just as much to B2B as to B2C, if not more so. Fast execution has become a mantra for companies of all kinds. And if we’re increasingly impatient when waiting for friends to reply to e-mails or text messages, how much more so when it’s one of our suppliers?”

Bruce Daisley, vice president of Twitter in Europe, the Middle East and Africa, agrees. “The expectation that anyone has now for service levels is rising across B2B and B2C,” he says, because people have become used to expecting information and goods as quickly as possible.

Indeed, US President Donald Trump has taken a “Now Economy” approach to policy-making using Twitter to put pressure on political opponents and businesses. His tweets attacking car and defence companies for moving jobs outside the United States have had an instant effect on their share prices.

President Trump is a maverick, but his unorthodox, free-wheeling approach shows how the world is changing. Companies must be willing to think, move and respond faster.

Amelia Torode, chief strategy officer at TBWA, an advertising agency whose clients range from Airbnb to Nissan, says: “The B2B world has lagged behind the B2C world when it comes to The Now Economy. Our expectations have changed so much even in the last 18 to 24 months. Think about how we order meals, listen to music, find new relationships. Our everyday consumer world has been disrupted beyond belief.

“In comparison the world of B2B can seem arcane, slow and frustratingly one size fits all. Too often B2B companies seem to be innovating around the edges as opposed to fundamentally rethinking the opportunities that technology can provide time-starved individuals.

“The opportunities in the world of healthcare, law and talent are glaring. It’s telling that all the famous Now Economy cases are consumer ones. It absolutely shouldn’t be the case.”

Even if B2C tech firms have grabbed the headlines, lots of B2B companies have been changing behind the scenes.

“Supply chains are a great example of this,” Mr Colville says. “In industries like fashion, for example, the traditional four seasons have broken down – it’s about getting designs into the shops the instant they hit the catwalk, seeing which ones take off, then doubling down on those orders. That means everyone across that supply chain has to be far more agile.

“If you’re a supplier in Bangladesh, you need to be able to switch people instantly from making this T-shirt to that one as demand surges and then on to the next thing almost instantly. The problem is that the faster and leaner your supply chains, the more vulnerable they are to disruption.”

Sue Unerman, a strategy expert who was recently promoted to a newly created role as chief transformation officer at MediaCom, a media agency, says most businesses need to transform themselves and keep doing so on an ongoing basis, to suit this era of digital disruption.

“I still come across situations where agility isn’t built into the business fully,” says Ms Unerman, whose agency looks after clients including Sky, Tesco and Deliveroo. “It’s not just a question of buying into things being a bit faster. A B2B business might need to go through a complete redesign. Furthermore, culture has a huge part to play here.”

She quotes a recent study from the research firm Gartner that warns: “The biggest threat to innovation is internal politics and an organisational culture which doesn’t accept failure and/or doesn’t accept ideas from outside, and/or cannot change.” 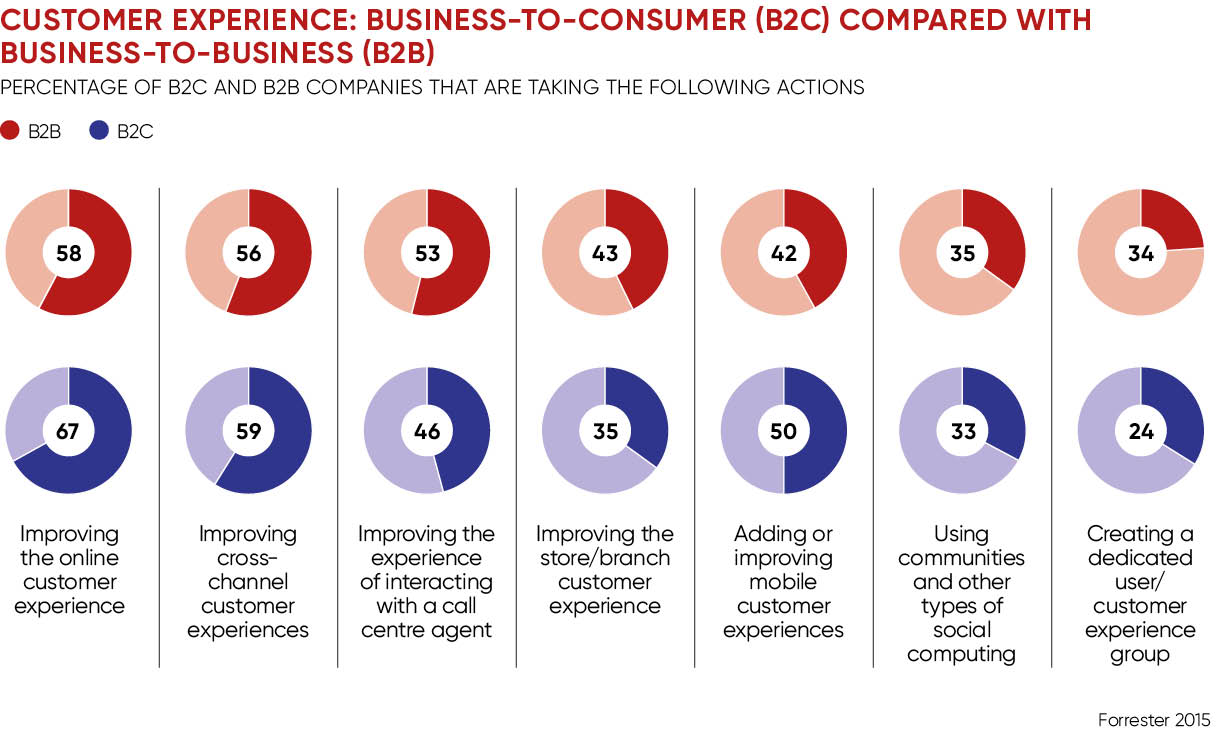 Limitations of The Now Economy

Innovators will steal a march on their rivals while laggards risk going out of business in The Now Economy. “If you’re the business that’s agile in your sector, the competitive advantage is real,” Mr Unerman says.

Richard Shotton, deputy head of evidence at Manning Gottlieb OMD, a media agency whose clients include John Lewis and Waitrose, agrees agility is important, but says it should not be confused with speed at all costs.

“Customers certainly claim they want things faster, so companies would be remiss not to consider speeding up their service,” he says. “However, before investing funds, companies might want to consider whether there are better alternatives. For example, it’s often not the length of time that annoys people, but the uncertainty.

You’re either helping your customers do things really well or really quickly – and ideally, both

“A courier company will gain more customer satisfaction by updating their clients about the progress of the package and providing shorter arrival windows than delivering 15 minutes faster. Often, these improvements in certainty are far simpler and cheaper to implement.”

Mr Daisley at Twitter also believes there are limits to The Now Economy, not least the potential toll on people and culture. “To some extent technology is making things increasingly stressful for all sides,” he says. “In their book, A Beautiful Constraint, Adam Morgan and Mark Barden describe this phenomenon and the rise in ‘unreasonable’ levels of consumer expectation as ‘Uber’s children’.”

Automation, from smart energy in the home to self-driving cars to artificial intelligence (AI), is where some of the biggest opportunities may lie. “Clearly anyone who can satisfy these demands will have an advantage,” Mr Daisley says.

Even then, AI and big data cannot hold all the answers. “Companies need to be cautious about using real-time data in their decision-making,” Mr Shotton says. “Not all information can be captured in real time so just relying on that can lead to a partial view of your business problem. This is compounded by the fact that once people have data they feel remiss, unprofessional even, not using it. So they end up making decisions based on data that is easily captured, rather than the data that is best suited to solving their problems.”

Mr Colville concludes: “In terms of B2B, the lesson is clear. You’re either helping your customers do things really well or really quickly – and ideally, both. If the service you’re providing isn’t doing either of those things, then it’s really hard to see how it’s viable in the long term.” 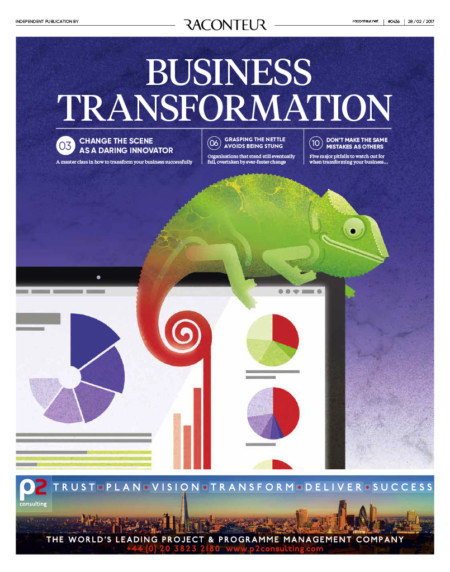 What businesses can learn from Netflix