Britain’s vote to leave the European Union could impact the outsourcing sector more than most, but early signs are of a robust response 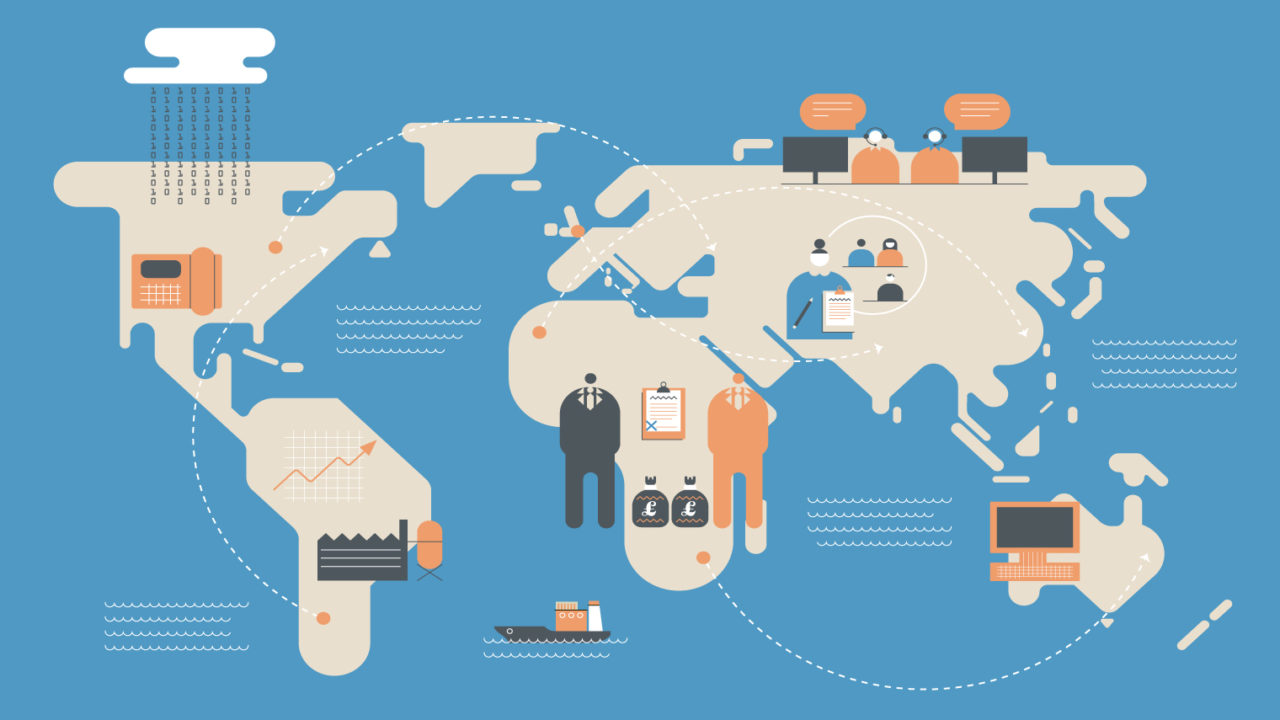 If all British sectors were as buoyant as outsourcing, our new chancellor would be swinging from the chandeliers of Number 11. Contracts worth £3.91 billion were signed in the first half of the year, a rise of 19 per cent year on year, according to the arvato Outsourcing Index. Local government spending on outsourcing almost doubled in the same period. Plus there are wonderful new technologies to talk about, such as robotic process automation, which is a new field in the sector.

All blue skies and sunshine? Not quite. The vote on June 23 for Britain to leave the EU triggered a mass of questions for the industry. Few sectors straddle borders like outsourcing. Industry veterans can navigate the back streets of Bangalore and Bratislava with their eyes shut. Brexit may mean Brexit, but what is the industry facing? 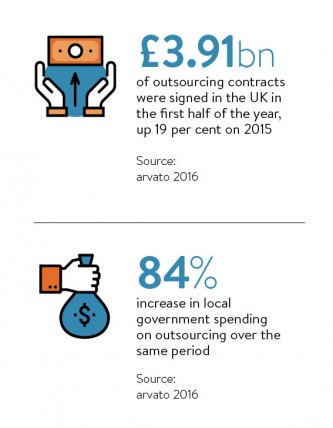 First up, outsourcing seems to have carried on with business as usual. No hysterics. That is borne out by transaction numbers and investor confidence.

Alex John, director at international mergers and acquisitions consultants Livingstone, which works heavily in outsourcing deals, says: “We are not seeing any drop in investor confidence. In fact, we are seeing good levels of investor interest, from both UK and overseas investors. The present view on Brexit seems to be that the UK economy is weathering the storm extremely well and therefore remains a good market for investment.”

When Brexit actually occurs we may see a few changes. Trade with the EU will depend on the deal struck. We have no idea what that deal will be.

We do know that the UK will lose a large number of trade agreements with the rest of the world, currently enjoyed under the EU umbrella. Reverting to World Trade Organization rules, with no additional deals, is an option in many cases. The downside is that tariffs may be higher. And there might be areas of conflict and lack of legal clarity.

The UK will also need to decide whether to participate in the Transatlantic Trade and Investment Partnership, which covers law enforcement and equal treatment of overseas parties.

Since the UK will be trying to replace 53 preferential trading agreements currently held by the EU with the rest of the world, it may need to prioritise certain markets. India is a prime jurisdiction. The UK is the largest G20 investor in India and India invests more in the UK than in rest of the EU combined.

A fortnight after the Brexit vote, then-business minister Sajid Javid flew to Delhi to meet the Indian commerce minister and finance minister, both of whom confirmed India would be keen to start work on a deal as soon as possible. The Indian private sector echoed this.

Confederation of Indian Industry director general Chandrajit Banerjee spoke enthusiastically of an Anglo-Indian free trade deal: “With Britain’s departure from the EU, India will have to negotiate a free trade agreement with the UK which may be easier to accomplish at a bilateral level… This could well be the best era for our industries to collaborate.”

The new department for Brexit will need to resolve some tricky issues. For example, the physical location of data is a hot question in outsourcing.

Mark Turner, vice president of IT delivery at T-Systems, the corporate customer arm of Deutsche Telekom, explains: “Location is now a key question for UK CIOs [chief information officers]. Brexit will have pushed the accelerator, but the direction of travel was already set by the worries surrounding the reach of US jurisdictions.

The onshoring-versus-offshoring debate will be renewed by Brexit. Trends may be counter-intuitive. For example, a lack of free movement might result in more offshoring.

Robert Barbus, operations director for the Slovakia-originated Soitron Group, says: “Brexit may make it difficult for skilled Polish and other EU-CEE [central and eastern European] IT workers from gaining work permits in the UK. Equally for onshoring businesses, which depend on staff from within the EU, it’s most likely the CEE region, including Slovakia, Czech Republic and Bulgaria, will find it hard to gain visas, and the cost of gaining work visas may not make this form of outsourcing viable.

“This will more than likely lead to an increase in offshore outsourcing in order to compensate for less freedom of movement of skilled workers into the UK.” 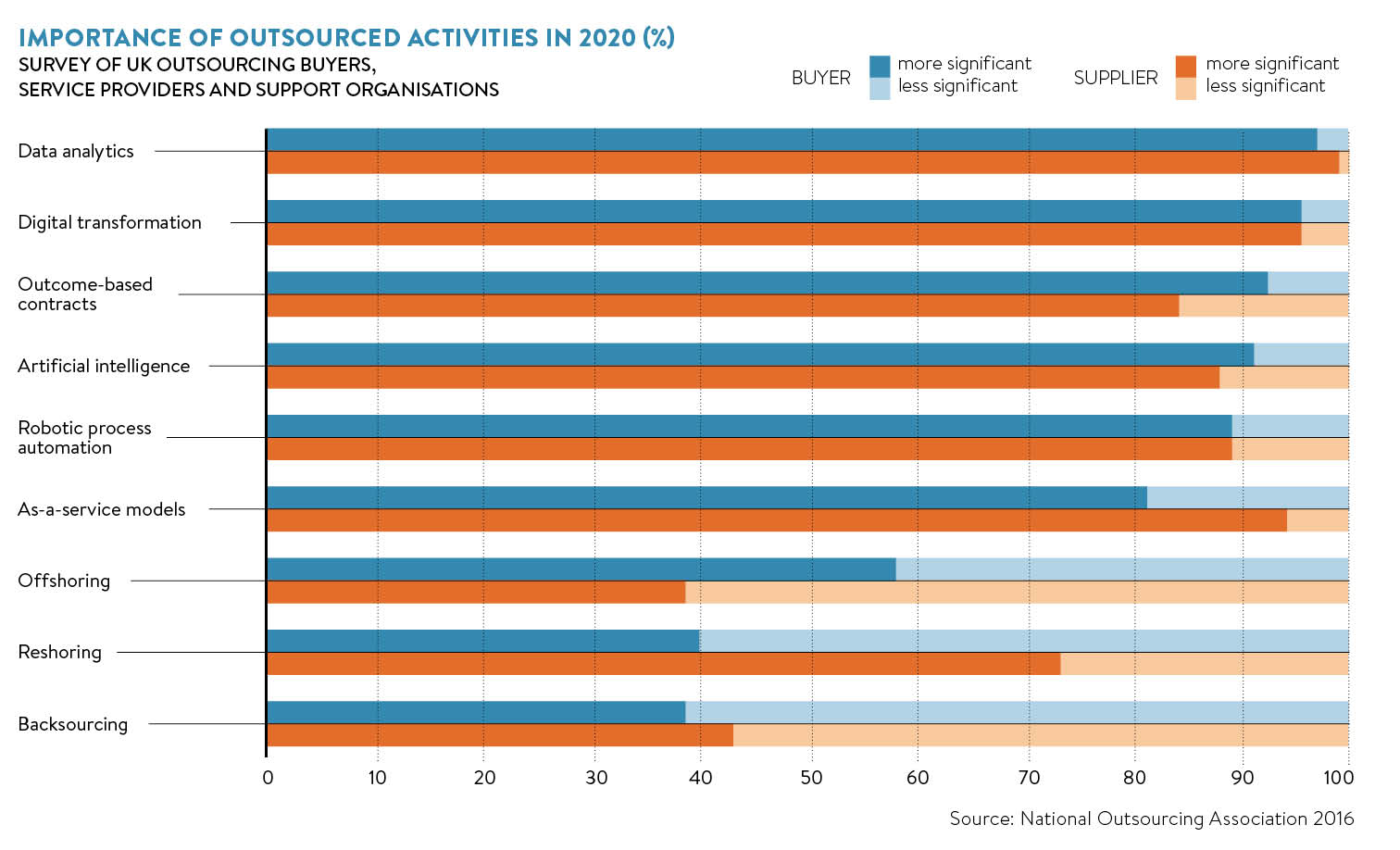 Obviously no one can say what Brexit will look like. As a result, we’ll see a more cautious approach to outsourcing – not fewer deals, but simply higher risk management. There are signs this is already happening.

Simon Scarrott, business development director of Timico Technology Services, says: “As uncertainty in the business and IT market remains post-EU referendum, we are seeing more companies turning to fixed-priced outsourcing contracts as they look to control their budgets and derisk the purchasing process.”

The outsourcing industry has a proud history of flourishing in the face of perverse trade deals, legal bureaucracy and political uncertainty. Brexit may throw up challenges, but so far there is no reason to think the industry won’t simply march on regardless.