Brands must listen to customers – or die

When Sony wanted to launch its new LCD TV in 2005, it did so with a 150-second-long film of brightly coloured balls chasing down the inclined streets of San Francisco at speed. In a glimpse of the world to come, passersby built anticipation of the ad before it reached TV screens by uploading footage of the shoot to YouTube. The ad was launched on Sky Sports in the break right before kick off in a crucial football match between the 2005 Premiership champions Chelsea and Manchester United.

Fast-forward ten years and the relationship between brands and their consumers has changed. Many brands have tried to create the magic of Sony’s 2005 ad, not least Sony itself, clinging on to past glories, but they are now subject to the judge and jury of social media. Moreover, they are competing with an explosion of content as 300 hours of video are uploaded to YouTube every minute. When Sylvester Stallone reprised Rocky by running up Bolton’s Town Hall steps for bakers Warburtons, images were all over the web months before the ad hit TV. 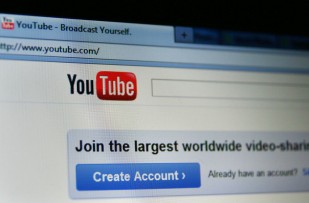 300 hours of video are uploaded to Youtube every minute

When once disgruntled customers might have to spend hours on the phone to a premium-rate helpline, they now have a free-to-access public soap box. “Before brands could hide behind walls of advertising and corporate communications,” says Tash Whitmey, the UK group chief executive of data agency Havas Helia, which works with Tesco and easyJet. “Now they can’t. The self-expression of people, and the speed with which populist culture is created, means that to be relevant, brands must be aware of and, where appropriate, be responsive.”

But just as the public has better opportunities to talk about brands that fall short, there are more opportunities for brands to speak directly with consumers. This works best when a brand is honest to its positioning and customers’ experience, whether that’s Yorkshire Tea or a kebab shop in London’s trendy Dalston. Yet it has its downsides. In September 2014, the US brand DiGiorno was widely criticised for joining in a hashtag being used by women to share reasons why they stayed in abusive relationships, to promote frozen pizza.

However, the way many marketers have been distracted by social media may belie what is happening on the ground. There may actually be no evidence that word of mouth and conversations have changed much at all. Despite what your favourite self-proclaimed digital marketing guru might tell you, research from the word of mouth specialists Keller Fay Group found less than 10 per cent of brand conversations happen online. The majority of conversations about brands continue to happen in the real world, just as they always have.

“The so-called ‘shift’ has been massively over-hyped,” claims Dr Byron Sharp, professor of marketing science at the University of South Australia. “First, marketers never had much power over consumers. Second, the world hasn’t changed much. The vast majority of word of mouth still occurs offline. And word of mouth about brands is still largely positive, not negative. People use social media to talk to their friends. They rarely use it to engage with brands.”

Marketers can use the new information to improve products, fine-tune their marketing mix and, crucially, join up the customer experience

Mark Holden, the global strategy director at media agency PHD, which works with brands such as Sainsbury’s, Cadbury and Dove, agrees, saying “earned media” is “potent but insignificant”. Earned media – publicity or coverage generated without paying for ad space – might be two of three times more powerful than advertising, Mr Holden says, but it rarely reaches more than 0.1 per cent of a brand’s target market. “People do a lot of number-wanging, but is the price right and does it make you buy any more toothpaste?” he asks. 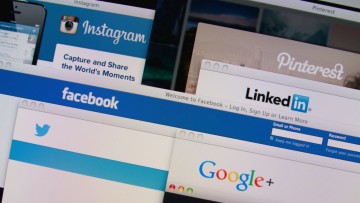 Brands are judged by customers on social media

Even in days when brands could only speak to or at consumers through broadcast advertising, they were quickly discovered if people’s experience of their products did not match their marketing. But this is now even more important because of the sheer number of places people can interact with brands. Marketers can use the new information this new world brings to improve products, fine-tune their marketing mix and, crucially, join up the customer experience.

But Ms Whitmey questions whether this flood of data counts as a fundamental change. Moreover, she says the concept of “big data” needs to “disappear” for brands. She says there is “no such thing” as big data, but the idea has been “co-opted by the technology companies, consultants and agencies to get noticed”. Brands can become more powerful on the back of these new data sets, but their growth is finely balanced with consumers’ own muscle.

“Brands that view the world in terms of control and ownership will die,” Alex Naylor, director of marketing communications and digital engagement at Barclaycard, says. “Businesses never owned brands. They exist in people’s hearts and minds. Brands that seek to leverage the ever-evolving opportunities presented by technology to better serve and involve their customers will thrive.”