Biophilic design incorporates elements from nature, such as plants, water features and natural lighting, into the workplace. Although this approach has yet to hit the mainstream, many experts believe the business benefits mean it will become widespread. Here are five benefits 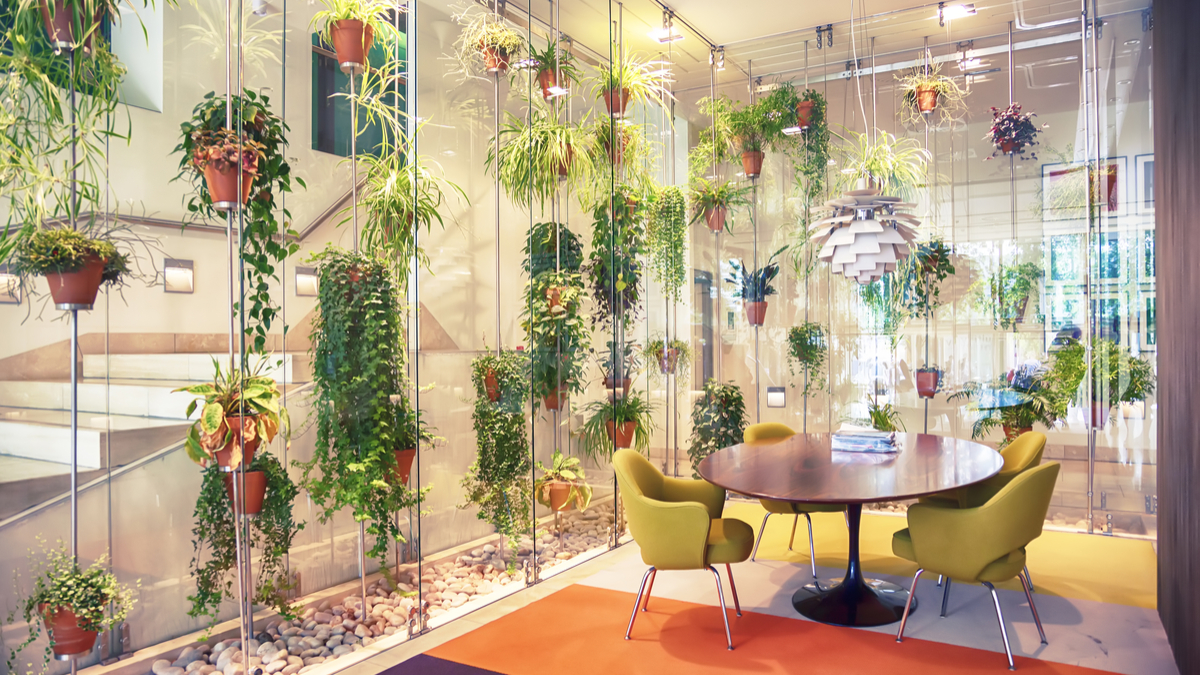 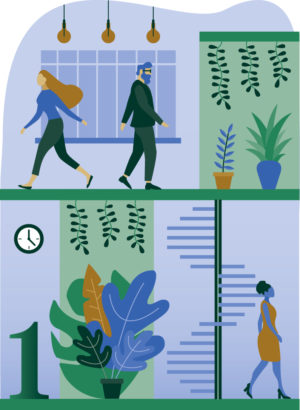 By introducing plants, either in pots or in the form of living green walls, into the office environment, it is possible to improve air quality significantly as the vegetation absorbs pollutants, toxins and airborne microbes, such as mould spores and bacteria.

For example, research by Norway’s Agricultural University in Oslo indicates that plants remove harmful volatile organic compounds, such as formaldehyde and benzene, found in the paint, carpet and furniture of most buildings. As a result, their presence reduces the symptoms of so-called sick building syndrome by a quarter. But plants also help to put water vapour back into the air, which inside offices is naturally dry. This is beneficial as breathing in dry air can irritate sensitive membranes in the nose and throat, making staff more susceptible to viruses and allergens as well as respiratory ailments, such as asthma.

In fact, according to research by the US Joint Commission, 40 per cent of all sickness absence is down to indoor air pollution or poor air quality.

As Philippe Pare, design director at architecture and design consultancy Gensler, says: “Improved air quality has to be up there as one of the biggest benefits of biophilic design as it plays an important role in reducing absenteeism, which is a huge business cost.” 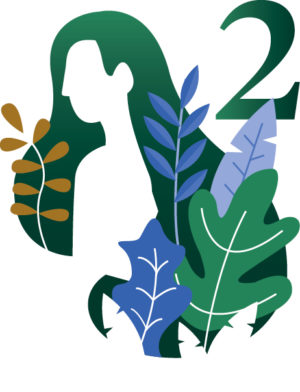 It is estimated that most people in the developed world spend as much as 90 per cent of their time inside buildings and cars. But according to UK mental health charity Mind, being out in green spaces or bringing nature into everyday life can help reduce feelings of stress or anger, making people feel calmer, while also improving their confidence and self-esteem.

Gensler’s Mr Pare explains: “Quite a few studies show how a proximity to nature, or even a visual image, helps foster a more positive outlook. If you ask someone to give you an image of something inspiring, nine out of ten people will show you a landscape, so there’s something innate in nature that equals happiness.”

This means that incorporating natural elements, such as an indoor water feature and wooden furniture, or providing people with access to natural light and beautiful views, can help to create a more positive and harmonious workplace ambience.

This is important because, as John Williams, managing director of interior design consultancy SpaceInvader, points out: “The boundaries between work and personal life are becoming more and more blurred, so the idea of wellness and how to optimise it are becoming increasingly important.” 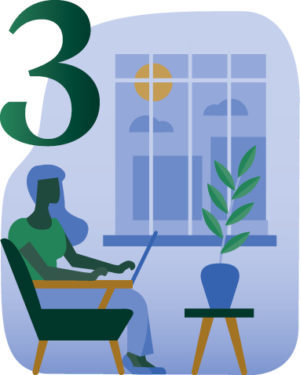 Natural light plays a surprisingly important role in terms of enhancing employee productivity as it boosts the creation of melatonin. This hormone regulates people’s sleep-wake cycles and, therefore, makes a material difference to their energy levels.

For those workspaces in which natural light is not the dominant source though, circadian lighting systems, which undertake colour temperature and illumination changes during the day, can also be used to ensure staff feel more awake and energised.

Another useful approach to help improve productivity rates is to open up workspaces and create separate zones that can be used for different purposes. Such spaces include communal areas for socialising as well as quiet spots, where employees can work undisturbed.

“We designed an open-plan, smart working space that used furniture, bookcases and clear glazing to create different zones and meeting spaces without the need for fixed walls,” he says. “This allows everyone to visually connect and enables natural light to flood across the office; all crucial in helping enhance productivity and collaboration.” 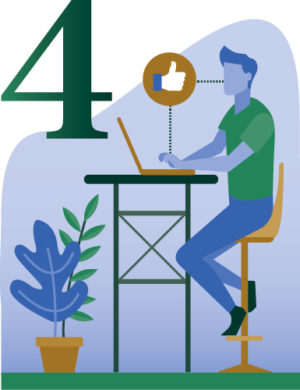 A recent survey by Peldon Rose indicated that maintaining and improving the office environment boosts feelings of loyalty in 53 per cent of workers of all generations, rising to two-thirds among millennials. This is because doing so demonstrates that their employer cares about their working conditions and, by extension, them.

But biophilic design can also engender a sense of belonging, particularly in activity-based work - places, where employees tend not to have assigned seating. This means they lose the ability to personalise a desk or workstation, which can make the workspace feel anonymous.

Mr Pare at Gensler explains: “If done well, biophilic design can help make up for some of the challenges that come with more impersonal spaces. Some offices can feel quite stark and sterile, but if you add other layers, such as plants, it feels more human and more relatable to at a primal, sensory level.”

Lloyd Coldrick, managing director of interior design consultancy Cobus, says although such reactions are generally unconscious, they create a powerful draw. “An office design has the power to change your state of mind,” he says. “We are all highly sensitive to the behavioural cues embedded in our environments and unthinkingly adjust our mannerisms, mood and body language as we adapt to our surroundings.” 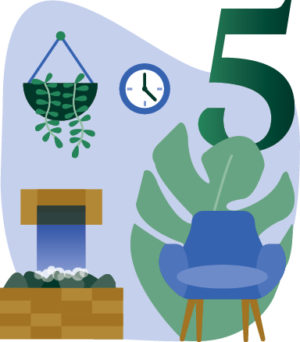 According to a study by the US Association for Psychological Science, it takes just one tenth of a second for someone to form an impression of a stranger and the same principal applies to potential new employees or customers assessing an organisation’s offices for the first time.

Mr Coldrick at Cobus says: “It’s important that a company’s character and personality match exactly what they want them to feel, and the health and aesthetically pleasing elements of biophilic design mean brand awareness is bolstered.”

This is particularly true for purpose-driven companies that are keen to demonstrate a sustainable approach, not only to staff wellbeing, but also towards the environment by using natural, recyclable items.

To illustrate the point, when Peldon Rose revamped the offices of Jacada Travel, the design consultancy introduced more than 200 exotic plants as a reference to the international destinations in which the luxury travel provider operates, in a bid to reflect its brand image.

The idea was that the plants complemented the cork and sisal details of the fixtures and fittings, and gave workers “the sense of being in a tropical paradise”, says Peldon Rose’s Mr Taylor. It also made the space “peaceful, restorative and an inspiring place to walk into every day, allowing for creative and inspired work to take place”, he adds.