When Facebook and Apple were last year revealed to be offering female staff the perk of being able to freeze their eggs, many viewed this as taking the personalisation of benefits too far.

But whether it’s offering this, or more recently the paid leave Bristol-based firm Coexist said it would offer female staff suffering period pains, the thinking behind it is actually sound.

Proactive employers realise one-size-fits-all benefits packages are no longer appropriate for workforces that are more diverse, multi-generational, multi-ethnic and geographically dispersed than ever before.

“Ten years ago, white baby boomers were the most dominant group in work and they had very set views on reward being linked to serving their time,” says Mark Ramsook, senior consultant at global advisory firm Willis Towers Watson. “Now there is a change of mindset, increasingly from the millennial generation, but also Generation X, about workplace benefits needing to be very specific to their different wants and needs. 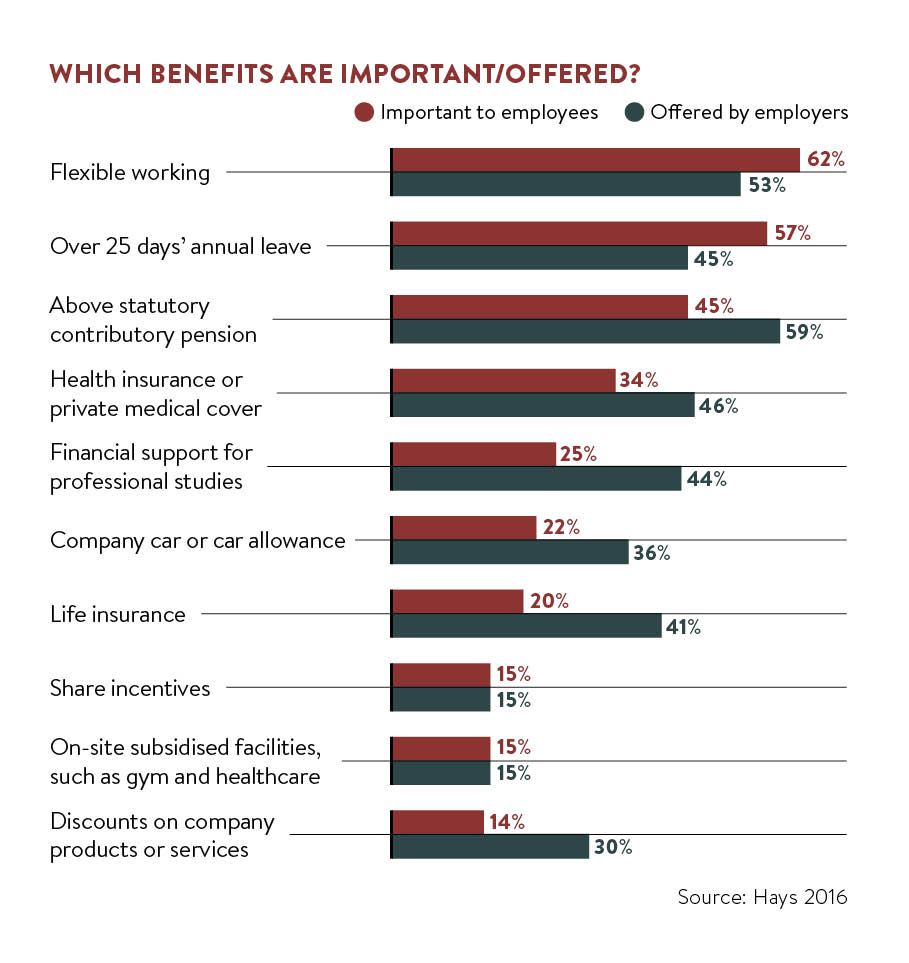 “While benefits don’t typically feature in the top five things that attract people to organisations, there’s growing evidence that suggests the perks companies promote do become important for retention because they talk to people at an emotional and engagement level.”

For a long time, the standard way to take account of diversity has been to offer so-called flexible benefits, typically through a web portal, where employees can spend a benefits pot as they choose.

The theory is that a cafeteria-style menu enables staff to pick what’s relevant to them. Some may want to bolster life assurance or pensions, or health cover at specific life events, while for others it’s buying and selling extra holiday entitlement that matters.

For those who are geographically dispersed, allowing working from home or enabling car ownership might be important. With the latter, by operating a salary sacrifice scheme, employers can offer new car ownership to those who might otherwise not be able to afford it.

But, while providing choice might recognise everyone is different, increasingly this approach is being seen as impersonal at a time when employees want to feel special. Those who really want to engage their workforce realise a new way is needed – profiling exactly who they employ and offering a much more bespoke set of perks.

Starbucks is one such business. Some 50 per cent of its partners are under the age of 25, so after auditing what mattered to them, last month it launched Home Sweet Loan, a perk which enables staff to get up to one month’s gross salary given in one go to help them pay for rental deposits or upfront rent. 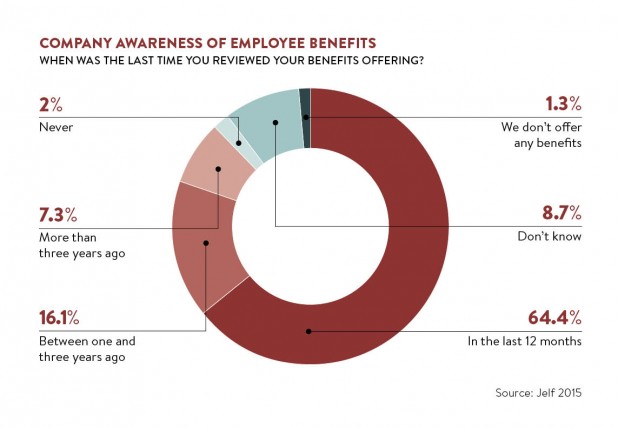 “We found the sheer cost of housing was a specific worry for partners, especially paying for deposits,” says Lisa Robbins, director of partner resources at Starbucks. “So, what we’re now offering is the ability to apply for a loan and pay it back over 12 months, as long as people have worked for us for one year. In London especially, people have to move quickly and it’s not having access to funds that holds people back from securing properties.”

With millennials set to comprise 75 per cent of the global workforce by 2025, according to Deloitte, it’s no coincidence many firms are putting effort into meeting this particular group’s needs. Benefits include providing season ticket loans, through to vouchers and coupons where, just by spending normally, staff can save up to £1,000 a year, according to P&MM Employee Benefits.

Some employers are going further still, offering actual financial products for their staff. KPMG recently joined forces with Clydesdale and Yorkshire Bank to offer staff the sorts of preferential mortgage rates that would not normally be available. “Buying a property is the key aim for staff, many of whom we know are still living with their parents into their 30s,” says Sara Flanagan, KPMG’s head of employee benefits and wellbeing.

“Our staff’s future earnings are high, so we’ve been able to leverage this earlier by negotiating with the banks to give them a private account now. It’s this which gives the preferential mortgage rates they wouldn’t have been able to get until they were earning more.”

Simon Mounsey, at business services firm Agilisys, has gone one step further, partnering with SalaryFinance, to offer staff the ability to pay off loans. SalaryFinance aggregates many debts into a single amount, which staff can pay off through payroll at a much lower rate of interest.

“While we don’t want to create ways for staff to get into debt, what we knew was that large numbers of staff had debt problems,” he says. “By offering this we’re able to save staff around £1,000 each in interest payments per year. Around 50 staff out of 600 have taken advantage of this.”

The secret really does seem to be profiling. At the other end of the age spectrum, Age UK, where almost 70 per cent of staff are over the age of 40, offers retirement planning workshops and it negotiates 5 to 10 per cent discounts on insurance products.

But there’s one area where employers arguably do need to up their game. Recent official figures show around 11 per cent of the workforce now come from an ethnic minority background and, if minority staff really want to feel valued, perks pertinent to them, such as Sharia-compliant pension schemes, need greater attention.

“Benefits that speak to different people’s cultural norms will have to become much more prevalent,” says KPMG’s Ms Flanagan, who not only enables staff to observe religious holidays, but ensures other areas are accommodated.

“Orthodox Jews can’t travel on the Shabbat, yet what isn’t widely known is that this officially starts at sundown the night before [Friday],” she explains. “In winter, sundown can be as early as 4pm, so we allow Jewish staff to be at home by that time.”

Starbucks offers paid-for English language courses to staff, which Ms Robbins says is not only good for the customer experience, but gives staff skills they can benefit from for life.

The resounding conclusion is this though – if you want to really engage your staff, think more creatively about what different perks you can offer and who they might appeal to. That way you’re showing staff they’re not just the same cogs in the wheel.