The global mergers and acquisitions market is buoyant in a sea of cheap cash, pushing prices ever higher

In terms of mergers and acquisitions, 2015 has been a time for thinking big. Enormous deals have taken place in several sectors of the global economy, encompassing different markets and demanding complicated transactions where several billions of dollars-worth of cash or stocks have changed hands. It is safe to say this is the year of the mega-deal.

Examples simply do not stop hitting the news headlines. In late-November, US pharma Pfizer announced the acquisition of Irish rival Allergan for $160 billion – the biggest ever M&A transaction in the pharmaceutical industry. Before that, the drinks sector was shaken by the purchase of SABMiller by AB InBev for a solid $101 billion.

In the media world, America’s Charter Communication acquired Time Warner for a tad over $79 billion and in IT computer makers Dell forked out $67 billion for EMC, a provider of hardware storage services. Even the battered oil and gas segment has seen big movements with Royal Dutch Shell offering $79.3 billion to nab the BG Group.

The list could go on and on. According to Dealogic, from January to November, the number of deals worth $10 billion or more reached 56 around the world, which is double the amount in the same period last year. The frenzy has been such that the global M&A market is in the course of breaking records previously set in times when there appeared to be no possible limits to the exuberance of financial markets.

The total value of deals posted in the first ten months of the year surpassed $4 trillion, Dealogic says. That is more than in the same period of 2007, the best year ever for global M&A. The preference is for big targets, considering smaller deals have been much less common in recent months.

“Taken in isolation, the mega-deals that have been taking place would lead us to believe we are going through buoyant M&A times,” says Stuart McKeen, the global and UK head of corporate finance at PwC, the consultancy firm. “But the volume numbers tell a different story.” He estimates the total number of transactions of all kinds has been around 20 per cent lower in 2015 than the previous year.

We have seen many transactions that are run like auctions, with the participation of both private equity funds and strategic investors

So companies look more eager than ever to spend huge amounts of money in the purchase of a rival in order to expand their business. This could appear to be a doubtful disposition, as the track record of M&A transactions is far from stellar. A survey by Deloitte with companies that completed M&A deals in 2014 found almost 90 per cent considered the purchase failed to generate the expected return on investment. The number is even higher among private equity investors of whom 96 per cent said returns achieved fell short of their targets.

Several reasons may be driving the current upward market trend, however, and one of them is the sheer abundance of money available to companies. With interest rates at rock-bottom levels throughout the developed world, it has been cheaper than ever for companies to raise money and buy a rival. As a result of all the cost cutting and optimisation implemented since the start of the global financial crisis, companies have also stashed large amounts of cash in recent years and are now under pressure from shareholders to make the money work.

With many economic sectors growing at a sluggish pace, buying a healthy rival – and consequently paying premium values for the honour – may look an attractive idea for many a chief executive who has the full pockets required to take such plans to the very end. It is estimated the corporate cash pile reaches some $3.4 trillion, most of it held by non-financial firms, according to Sriram Prakash, head of global M&A insights at Deloitte. In addition to cash, companies listed in the United States and other countries have benefited from sharp increases in their share prices, which have enhanced their capability to add a stock element to their offers.
“Liquidity is driving the market, but it is bumping prices up too,” says Alberto Fumo, head of UK private equity at A.T. Kearney’s M&A practice. “Hopefully an interest rate hike by the US Federal Reserve will lead to better screening of opportunities, with companies focusing on the selection of the right asset at the right price.”

Mr Fumo stresses that before jumping into a big deal, buyers must thoroughly analyse the rationale behind the transaction. Acquisitions can certainly create synergies, which has been the argument employed by Pfizer to buy Allergan, or to enhance the capacity and knowhow of a company in segments where they are not very strong yet, the driver of many M&A deals in the insurance industry this year.

Acquisitions can also aim at the addition of key, scarce talent in industries such as high technology or intellectual property rights, which have helped to instigate deals in IT, biotechnology and other sectors.

Cross-border deals are very much in vogue, as companies strive to get into promising markets to compensate for stagnant domestic ones. This is the reason why Japanese health and life insurers have made a splash among their American peers, boosting the average values of global M&A transactions in the process.

“Companies are feeling very comfortable doing deals around the world,” says Michael DeFranco, global head of M&A at Baker & McKenzie. Money is changing hands all around the planet, with Europe emerging as a target for global players. “Companies that survived the European crises tend to be good assets for potential buyers and multiples are lower than in the US,” adds Mr Fumo.

However, the United States still accounts for the lion’s share of the market. According to Dealogic, 57 per cent of M&A revenue generated this year has come from America. China is another strong player with deals totalling almost half a trillion dollars in the first ten months of 2015, which is 69 per cent up on the previous year.

A significant change in the market over the past couple of years is a switch in direction of M&A money as companies from China and other emerging economies employ their large reserves to make purchases in the rich world. “In 2014, the cross-border M&A investments from emerging markets into the G7 exceeded M&A investments that went the other way around,” says Mr Prakash, stressing the trend is likely to hold at the end of the current year.

The market has also been lifted by the ever-heavier involvement of private equity investors, who are also flush with cash and looking for opportunities both to make acquisitions and to sell their current holdings in a high market. Deloitte estimates they are involved in some capacity in more than one out of every four deals completed in 2015.

It is a perception shared by the market and which is giving a further boost to deal values. “We have seen many transactions that are run like auctions, with the participation of both private equity funds and strategic investors,” says Mr DeFranco.

All things considered, it is likely that the enthusiasm for big-ticket transactions will continue to be a factor in 2016. But the same may not be the case in the lower strata of the M&A universe, PwC’s Mr McKeen points out. “Markets remain very fragile at the moment, so it is still difficult to get the right quality in bread-and-butter transactions,” he says. “There is a flight to quality in today’s M&A market.” 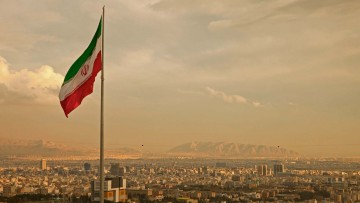 As investors look for new frontiers in the current M&A spree, a number of territories have emerged as potential future hot spots. Some are dynamic economies that have been faring well of late, such as the Philippines, Malaysia and Indonesia. Others, such as India, are economic powerhouses where the M&A market has been muted in recent years. However, one of the most intriguing is Iran, a nation that has long been kept out of reach of Western companies for geopolitical reasons, but could stage a comeback into the economic mainstream.

Iran is certainly not an ordinary emerging market. It boasts a population of 80 million people with a good standard of education, and some of the largest oil and gas reserves in the world. For a long time it has been the target of economic sanctions by the United States and Europe because of suspicions about its nuclear power plan. In July, the country reached an agreement with America and five other states that has opened the way for the lifting of sanctions.

As a result, Western companies have reportedly begun to position themselves to invest in the country, with sectors such as oil and gas being singled out as possible targets for M&A deals. According to Zephyr, a deals database, $674 million-worth of deals were announced in the third quarter of the year, compared with zero deals in the same period last year.

But experts have warned that the legal framework in Iran is not yet ideal for M&A transactions and there is a significant risk that compliance issues could emerge in assets purchased in the country. “Even once the European sanctions are lifted, there will still be compliance risks associated with doing business with Iran,” says Matthew Townsend, a corporate partner at Allen & Overy. “Iranian companies may not have anti-bribery, anti-fraud and anti-laundering procedures that meet Western standards.

“It could be very difficult to trace the connections between businesses and the Iranian government. Buyers will want to be comfortable that target companies are clean from corruption and bribery.” 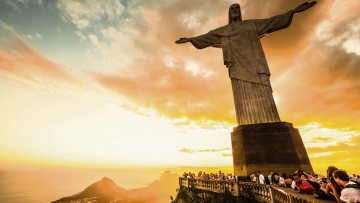 M&A bargain hunters may have found in Brazil a source of attractive deals at the same time as Latin America’s largest economy is going through dramatic economic and political times.

Estimates by PwC indicate that the number of acquisitions made by foreign investors in the country is around 5 per cent up on the levels of 2014. This year companies from abroad have accounted for more than half of all M&A transactions there.

The numbers may not seem very impressive, especially as the total volume of deals is down almost 15 per cent from last year. But it indicates that some brave companies may be taking advantage of Brazil’s tough times to position themselves in a market with a 200-million population that not long ago was flying high.

Brazil is in recession right now and the country is headed for its first two-year period of negative GDP growth since the 1930s. Inflation and unemployment are on the rise, and the country’s commodities exports have been badly hit by the slowdown of the Chinese economy. As a result, the Brazilian currency has this year depreciated more than 40 per cent against the US dollar. To make matters worse, a deeply unpopular president and a chaotic congress prevent the government from making the fiscal adjustments and structural reforms needed for the country to climb out of the pit.

For investors with hard currency on their balance sheets, however, the crisis has created opportunities. Currency devaluation has reduced the comparative price of Brazilian assets and many companies have been knocked to their knees after having contracted large amounts of past dollar debts.

Abilio Diniz, one of Brazil’s wealthiest entrepreneurs, told investors in New York that Brazilian assets are currently “on sale”. Some have already acted on the advice. In November, Coty, the French-American cosmetics group, paid almost $1 billion for a smaller rival that belonged to Hypermarcas, an industrial holding. Some days later, America’s Omnicon Media Group splashed out $270 million to purchase Grupo ABC, an advertising firm. Analysts believe these transactions will mark the beginning of a recovery of M&A in Brazil, which should pick up steam in 2016.