Alstom and Raconteur’s Beneath our Cities: The Rise of the Metro report explores the history of the metro, the digital technologies and big data set to revolutionise metro systems and the cutting-edge technologies helping metro systems become greener, cheaper and more reliable.

The following data shows the role of the metro including annual trips and network length. 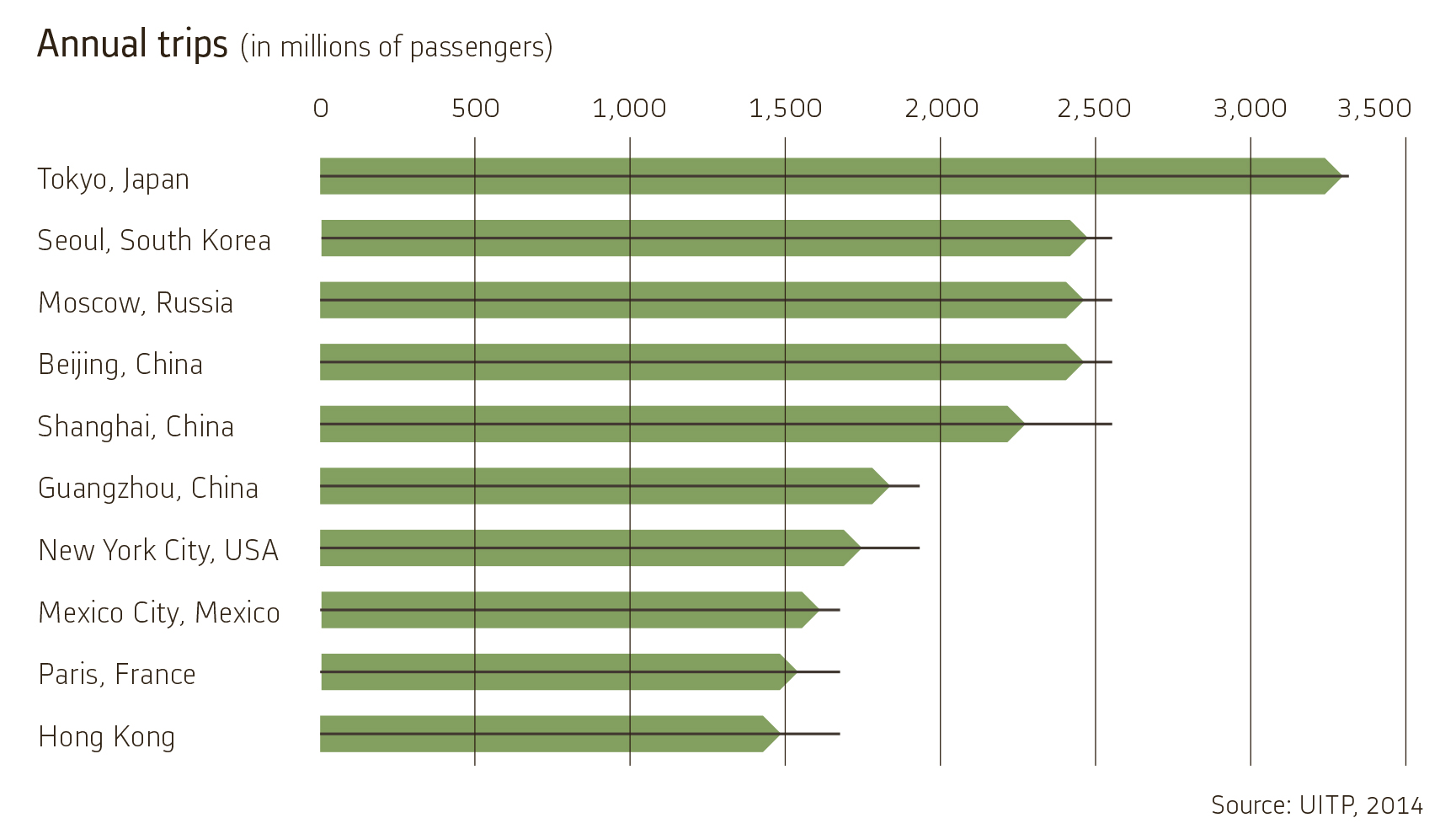 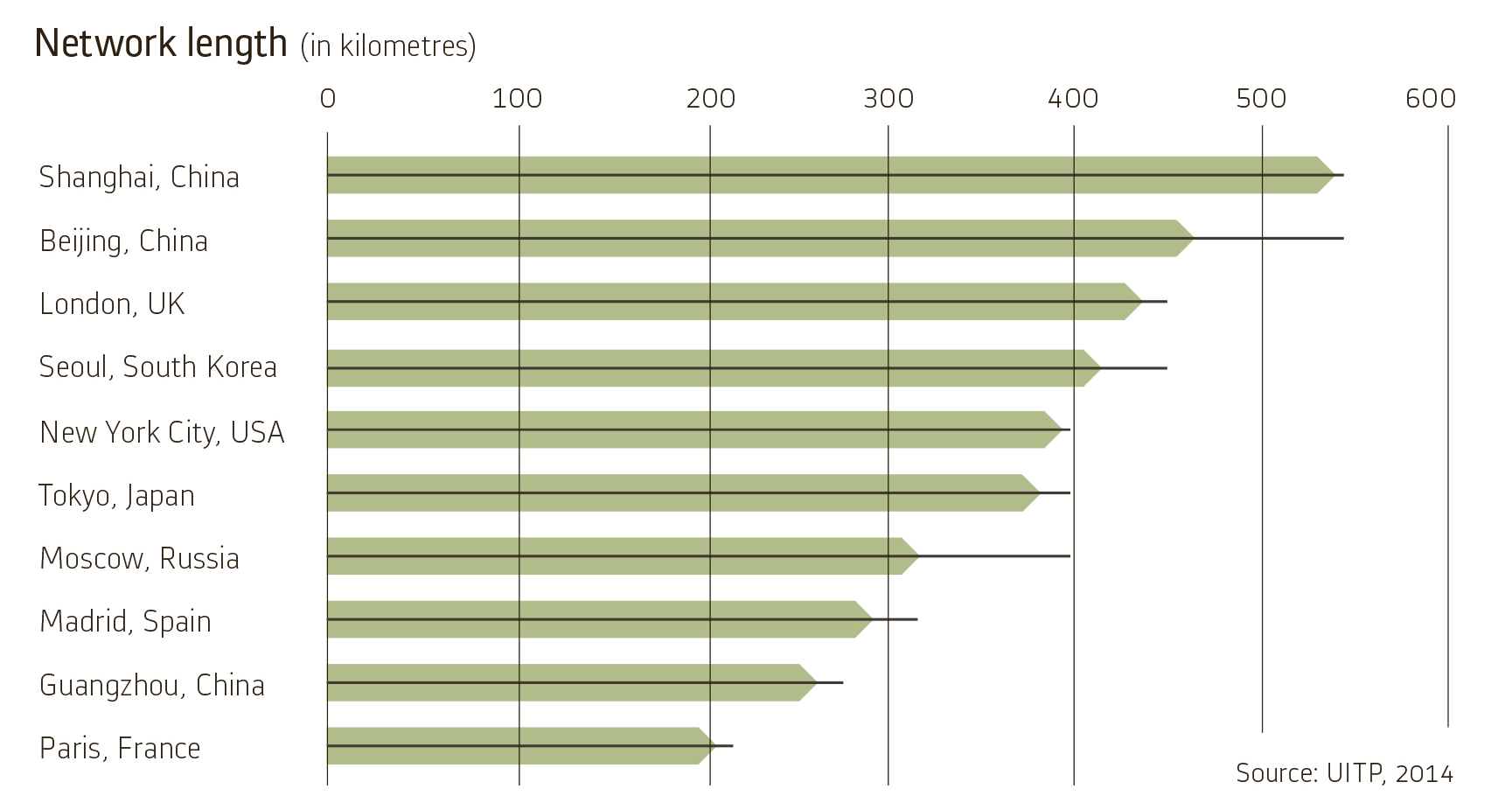 Metro systems have been connecting people and cities since 1863 when the first metro system was constructed in London. 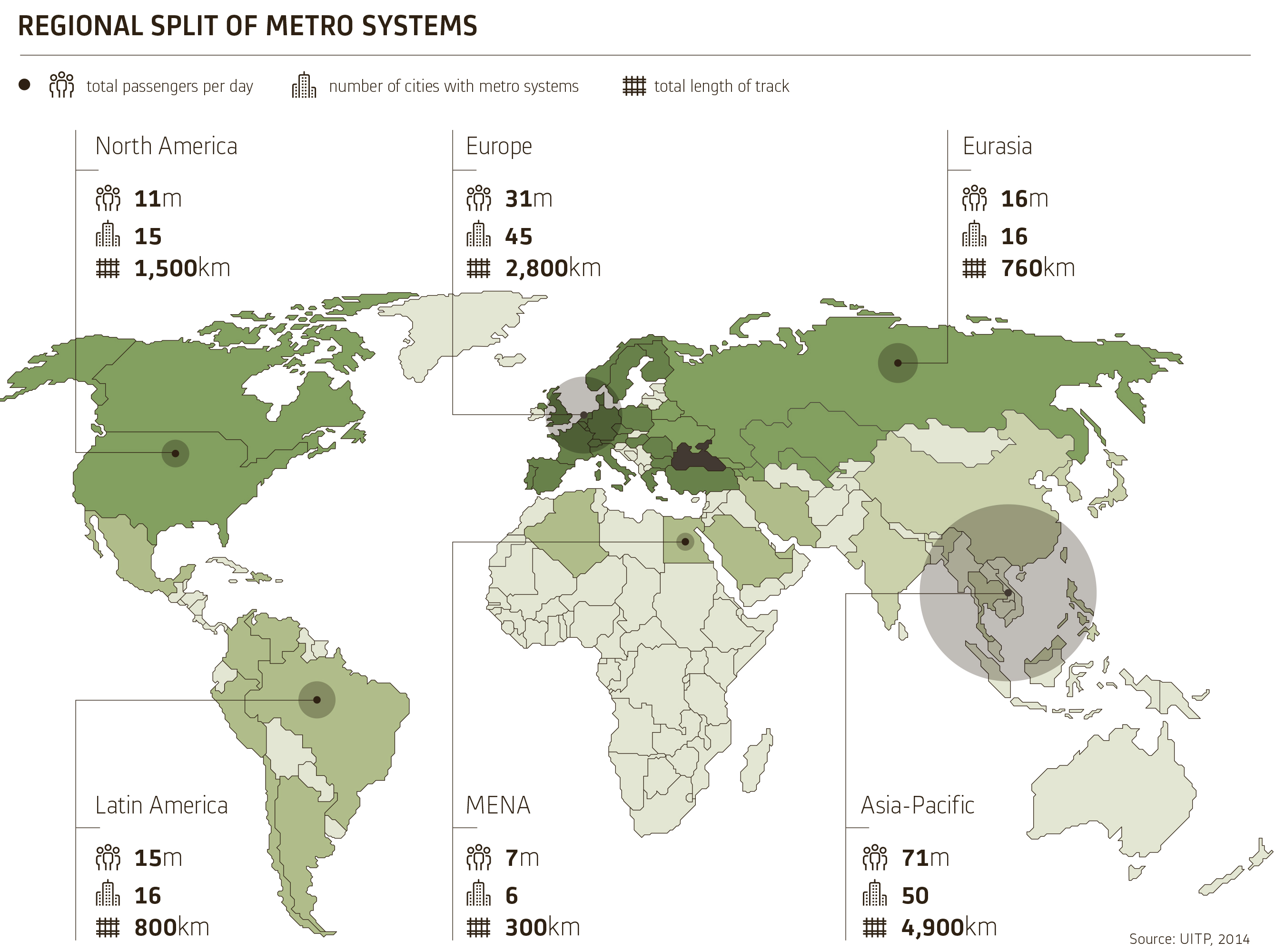