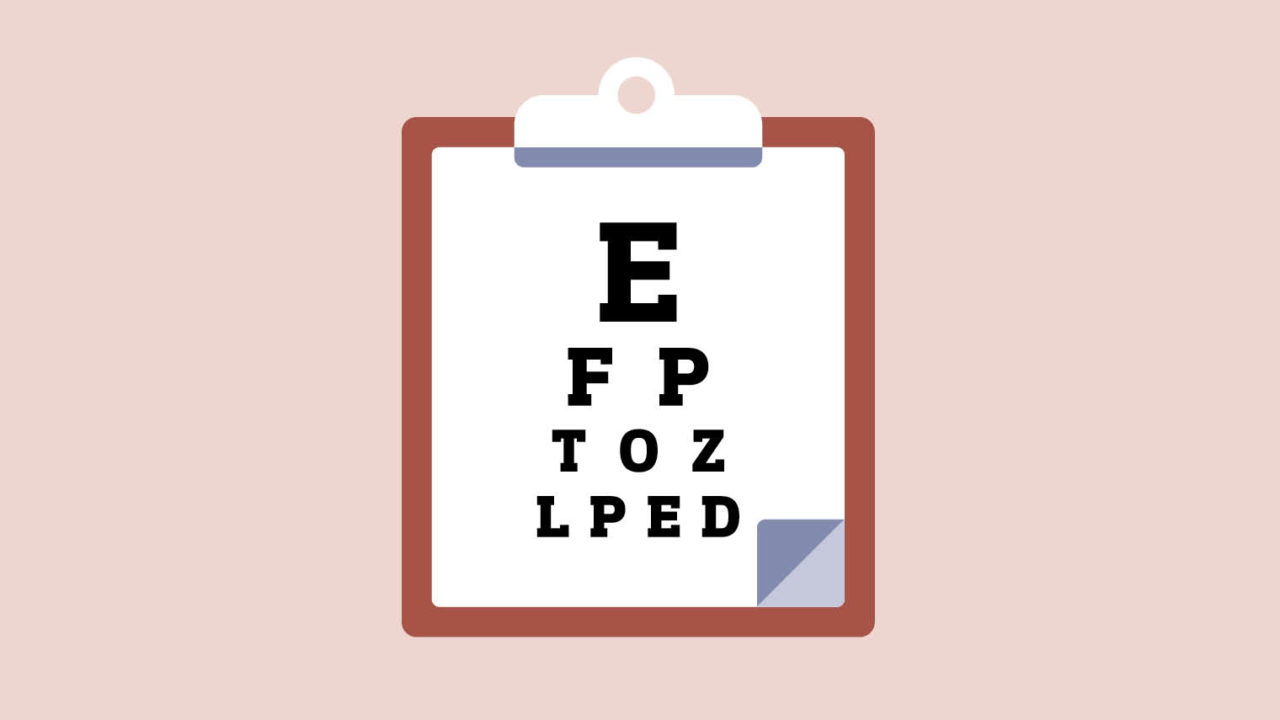 Loss of sight is a big problem, but just how big? Nobody is entirely sure.

Sight loss charities say there are almost two million people in the UK with some degree of sight loss, including 360,000 who are registered as blind or partially sighted. But, says Mercy Jeyasingham, chief executive of the umbrella body VISION 2020 UK, no comprehensive survey of eye health in the UK has been carried out since the 1960s.

Next year VISION 2020 UK plans to launch the UK Eye Survey, aiming to examine the sight of 250,000 people across the country, a sample large enough to show the incidence of different eye conditions and how age, ethnicity, gender, where you live and how well-off you are affect the chances of getting them. It will also assess the health needs of children born with sight loss, and how those who live in care homes, prisons and special schools are affected by it.

“It’s a very ambitious project,” says Ms Jeyasingham. “It will be the biggest eye survey in the world and we will need a huge amount of money, around £15 million.”

The board planning it includes all the main interest groups – Royal College of Ophthalmologists, Royal National Institute of Blind People, College of Optometrists, Guide Dogs and Fight for Sight – and the survey has been designed by a group headed by Rupert Bourne, consultant ophthalmologist at Moorfields Eye Hospital in London.

Why is it so important? “We’re predicting a doubling of the number of people with sight loss in the next 20 years, so it’s important to know where we’re starting from,” says Ms Jeyasingham. “Unless we know what the current situation is, we can’t plan services for the future.”

The ageing population is the principal reason for this alarming projection. Sight loss is linked to age, so the longer you live the more likely you are to suffer it. One in five people over 75 have some degree of sight loss and three quarters of those registered as blind or partially sighted are over 65. There is a strong link between sight loss and wellbeing; a third of older people with sight loss also suffer depression.

Awareness of the conditions that can cause sight loss varies considerably, with age-related macular degeneration continuing to be the least widely recognised even though it is the leading cause of vision loss for the over-50s. Cataract and glaucoma are better recognised, but people from black and minority ethnic backgrounds have a lower awareness of all eye conditions, even though their genetic make-up gives them a greater risk of glaucoma and diabetic retinopathy. 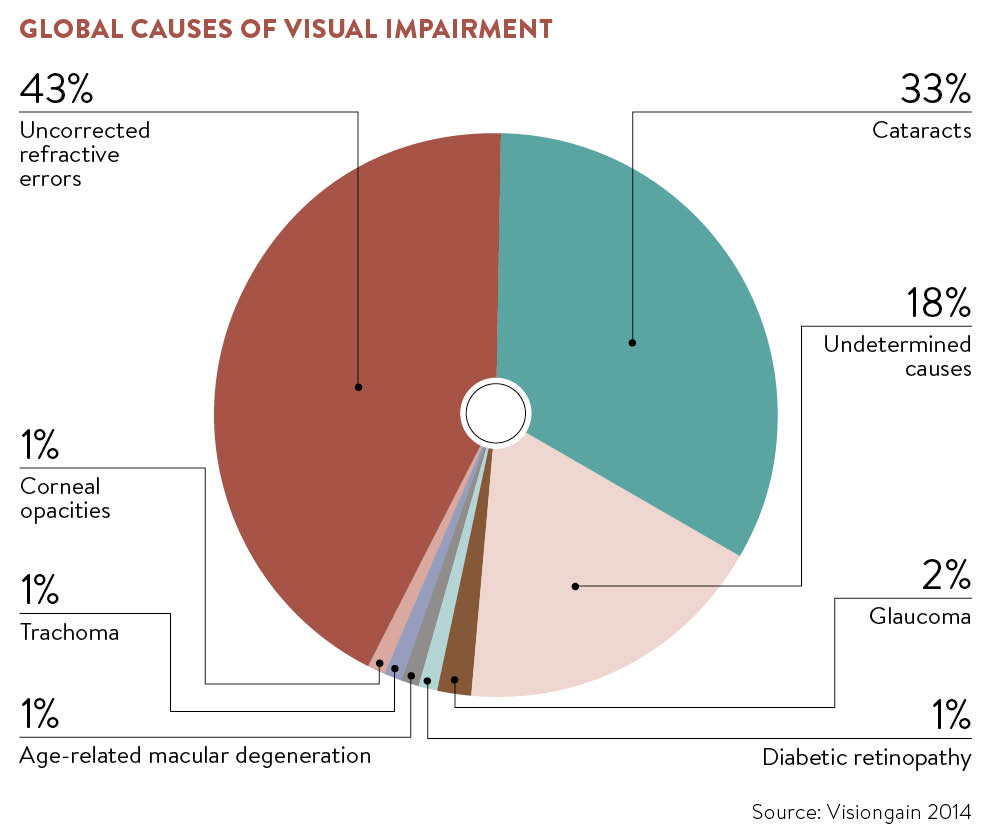 One trend that still has the experts guessing is the doubling in short-sight among children since the 1960s. A study backed by the College of Optometrists and Ulster University published earlier this year found that 16.4 per cent of children are now short-sighted, compared with 7.2 per cent in the 1960s. There is a strong family link as children with one myopic parent are three times more likely to be short-sighted by the age of 13 and those with two myopic parents seven times more likely.

Mike Bowen, director of research for the college, says: “Research suggests that early intervention can help slow down further increases in myopia, so sight tests in children at risk are very important.”

What drives this change is not known, though research has suggested that spending more time outdoors in bright light can be protective. “It’s important that children spend two hours outside in the sunlight every day,” says Ms Jeyasingham.

A lot of time in hospital is taken up with treating minor eye conditions, which are painful, but can be treated in the community

Hospital eyecare services are under increasing pressure, with demand rising by 30 per cent in the past five years, a situation ophthalmologist Andrew Cassels-Brown, of Leeds Teaching Hospitals NHS Trust, calls “quite scary”. One reason, says Ms Jeyasingham, is there are treatments available now that weren’t ten years ago, which is good news. In Leeds, services were reorganised, changing where care is delivered and reducing referrals to hospital.

Ms Jeyasingham argues this is the way forward, creating a better use of available skills to take some of the pressure off hospital eye services. “For example, a lot of time in hospital is taken up with treating minor eye conditions, which are painful, but can be treated in the community,” she says. “A lot of people don’t know that.”

FIVE REASONS TO HAVE YOUR EYES TESTED

1. Eyes don’t usually hurt when they go wrong. So regular eye tests that pick up problems early are important even if you have no symptoms. Go regularly, every two years at least.

2. Children don’t know what normal vision is, so a common problem such as short-sight can go undetected, and may cause difficulties at school and delays in learning. Warning signs are sitting too close to the TV, frequent eye-rubbing and holding objects very close to their face. Don’t wait until they can read the eye chart, as tests are available that don’t need reading ability.

3. Good vision means a good quality of life. Most common eye problems can be corrected by glasses, contact lenses, cataract operations or other treatments. Apart from the obvious consequence of not seeing well, poor vision multiplies the impairments caused by other conditions such as depression and obesity.

4. Tests detect diseases of the eye early enough to do something about them. About half the cases of serious sight loss or blindness can be prevented by early detection and treatment. These include glaucoma, if it is detected before irreversible damage occurs, and diabetic retinopathy where prevention forms part of a package of care to control diabetes. Tests are even more important for those with a family history of eye disease.

5. The eye provides a window on the blood vessels, so eye tests can often pick up health conditions sooner than a GP or other health specialist would. High blood pressure, diabetes and high cholesterol all leave signatures in the eye which an experienced specialist can spot. Treatment can not only prevent damage to the eyes, but to the whole body.