Yes, smart buildings can cut your energy bills, but the practical impact they have on productivity, engagement and wellbeing can be much more valuable to business leaders 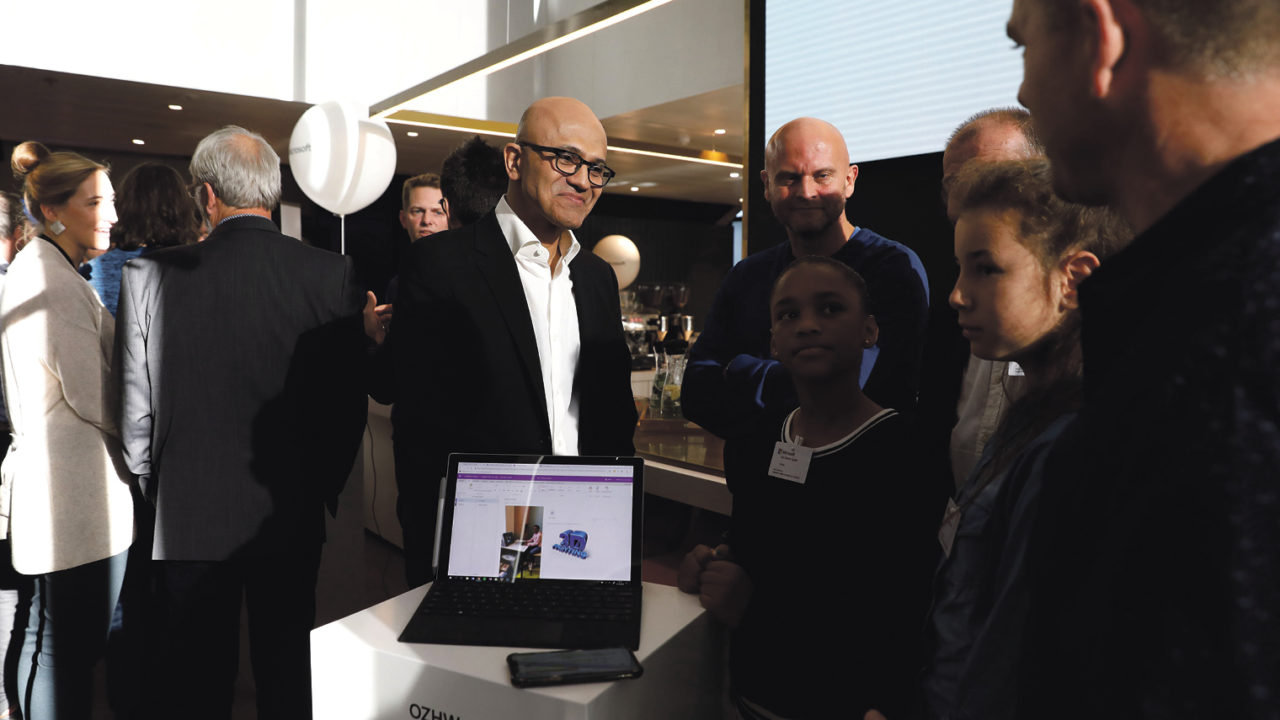 When Microsoft embarked on a renovation of its Amsterdam headquarters, the software giant adopted a data-driven approach. Over six months, smart building sensors revealed how desks, meeting rooms and communal areas were being used.

“Once you start building up weeks and months of data, you can analyse movements around the office,” says David Williams, an innovation architect at the company. “You can start making decisions about what spaces you need.”

Microsoft opened its renovated Outlook building last October. Data gathered before the renovation led to a 25 per cent reduction in the amount of space required and one-and-a-half newly available floors of the building were let to a co-working operator.

Digital sensors and management systems make it easy to monitor disparate systems, such as heating, lighting and ventilation, drawing all this information together to optimise a building’s performance.

From a business perspective, that’s appealing: who wouldn’t want to cut their energy bills in half? But the most intelligent buildings go beyond this into the realms of productivity, engagement and wellbeing. Offices such as Microsoft’s Amsterdam headquarters aspire to optimise not just energy efficiency, but our working lives.

Chris Moriarty, director of insight at the Institute of Workplace and Facilities Management, says releasing this potential means thinking differently about real estate. “One of the problems we have in our profession is there is a heavy bias towards cost reduction. Organisations will invest loads in R&D, sales, logistics, but they just see the workplace as an overhead,” he says. “What is the true benefit of a smart building? Is it to save 5 per cent on your costs or boost the productivity of your people by 5 per cent?”

SpaceOS, a startup with offices in Warsaw, Dublin and Lisbon, creates apps that serve as a “remote control” for buildings, enabling occupants to find and book workspaces, lodge maintenance requests, and order food and drink.

Mr Markowski believes smart buildings should offer resolutions to all these problems. Just as importantly, they should improve performance at an organisational level. With employees’ consent, smart building technology can track the extent to which desks, meeting rooms and other spaces are actually used. Apps can make it easier for colleagues to find one another or potentially helpful contacts in other teams.

He says decision-makers can also use this data to identify when interactions aren’t taking place when they should. “You might launch a new product and realise that sales and marketing never meet,” he adds.

These kinds of insights have the potential to reshape a company’s organisation chart radically. Philip Ross, chief executive at workplace consultancy UnWork, says: “We tend to simply put departments near each other. Suddenly this data can look at who’s emailing whom within the organisation.” Buildings will be able to suggest when colleagues in frequent contact might benefit from being seated together, in a space most suited to their particular task.

Mr Ross says: “People are working in teams as opposed to the old slow process of everyone sitting in their departments and coming to endless meetings.”

He says smart buildings can generate savings through reduced energy bills and maintenance costs, but the more radical benefits are in the user experience. Soon enough, the working day will be individually tailored, as smart buildings identify the optimum workspace, colleague interactions and environmental conditions for whatever needs to be done that day.

Mr Ross likens the office of the future to Netflix. “When you watch a movie, it says ‘you watched this movie, you might enjoy these three movies’. That will be no different to the smart building,” he says. “The personalised workplace is coming.”

Smart buildings generate a wealth of data. But what use is that data unless it leads to improved performance? Smart buildings are now emerging that can help with that too. A report published by IBM last year outlined how artificial intelligence (AI) can “capture data from day-to-day building operations”, enabling them to “‘think’, engage and learn”. Maciej Markowski, founder at SpaceOS, says: “AI will allow us to design spaces amazingly well”, adding that occupancy data combined with AI design tools “can lead to more space efficiency and workplaces which put teams together in the right way”. In other words, buildings will be able to design themselves for maximum operational efficiency. Philip Ross, chief executive at UnWork, says AI will increasingly be able to suggest new ways of working based on our past behaviour, such as identifying the kind of spaces we favour when faced with particular tasks. A truly smart building could also lead us in new directions. “It might suggest three people to have lunch with today,” says Mr Ross. “It begins to create the kind of social networks we all want.”