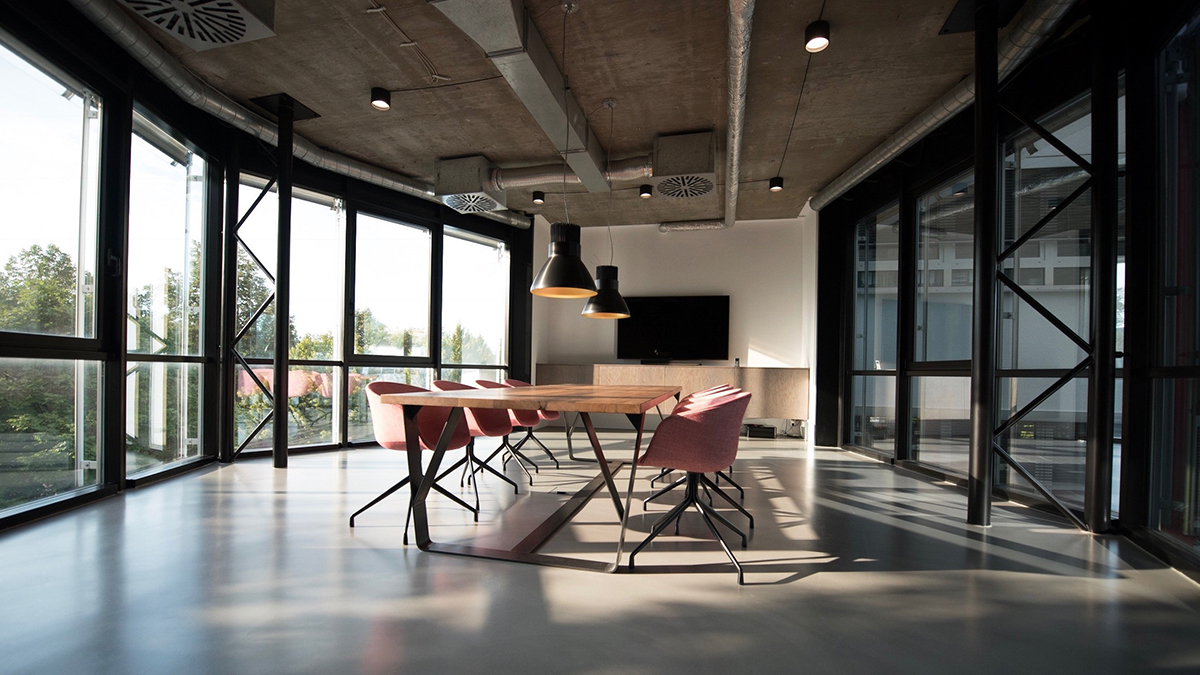 The country’s woeful lack of productivity is well publicised. The average German worker produces more in four days than the United Kingdom equivalent can manage in five, according to the latest Office for National Statistics research, published in October 2017.

However, redesigned office space could boost working conditions, leading to improved productivity, according to a recent study from Oxford Economics, which was backed by electronics giant Ricoh. The study says that revamping the workplace could unlock £36.8 billion in untapped gross domestic product for the British economy.

The key to unleashing this growth and revenue is optimising every aspect of the workplace, including the environment and design, says Phil Keoghan, chief executive officer, Ricoh UK and Ireland.

“Think of workplace elements such as layout, design and the overall environment as a critical conduit between culture and technology infrastructure,” he says. “The right office environment can create a system for people to collaborate, share and improve overall culture, while also providing a means to deliver the right technology that can enhance individual and group work.”

Executives see the benefits as well, Mr Keoghan says, with the study showing that 70 per cent believe the office environment impacts productivity and performance by up to 10 per cent.

Eugen Miropolski, shared-workplace pioneer WeWork’s managing director in Europe and the Pacific, stresses that culture, behaviour and happiness – which in turn boosts productivity – can dramatically improve with a considered office fit-out.

“Employees are undoubtedly at the heart of any organisation, driving forward growth and innovation, therefore ensuring they have the infrastructure they need to thrive in their roles is crucial,” he says. “Whether this means providing collaborative workspaces for teams to work together freely or making sure employees have the appropriate technological support, providing them with an optimum work environment will ensure they have purpose and enthusiasm to thrive, and profit will naturally follow.”

The design should solve the explicit, tacit and latent needs of the users while being authentic to the culture of the organisation

Increasingly, an inspirational office that caters for a worker’s specific job needs is vital for both attracting and retaining staff – particularly millennials. Mark Phillips, co-founder of London-based office design and furniture company K2 Space, points to his organisation’s Meeting Expectations report, produced with YouGov’s research and released in October, which reveals that “30 per cent of workers believe their office is outdated, uninspiring, and in need of a complete refurbishment”. Over a fifth of the 1,000 respondents (21 per cent) said that if their office were better designed they would be more productive at work.

“A recurring theme throughout the research is that millennials are generally the least content with their current workplace, and therefore most in favour of change,” Mr Phillips says, with 25 per cent of this group saying they would like a games area in their office for playing and socialising with colleagues, compared with just 2 per cent of baby boomers.

“The report shows millennials lack the spaces and resources to carry out their jobs effectively,” he adds. “By failing to meet the demands of this modern, digital-native workforce, employers risk missing out on the top talent.”

Indeed, 54 per cent of the millennials YouGov surveyed for the K2 Space report said the room where they were interviewed for a job would influence their decision on working for an organisation.

“Every modern office should have spaces to support the five work modes: focus, collaborate, learn, socialise and rejuvenate,” says Zoe Humphries, a senior workplace consultant at global office furniture leader Steelcase. “There is no one-size-fits-all solution, so it is crucial to understand how people use the space to complete what they need to do. The design should solve the explicit, tacit and latent needs of the users while being authentic to the culture of the organisation.”

The right office environment can create a system for people to collaborate, share and improve overall culture

Technology has an important role to play in today’s workspaces. A fast Internet connection and WiFi, new equipment and more-than-adequate cybersecurity are imperative. Such tech can also help spark innovation.

“We’re seeing that technology is enabling an exponential rise in creativity,” says Gavin Mee, vice president, northern EMEA, at multinational software leader Adobe. Innovations such as voice recognition are moving into the workplace and providing ways to speed up basic tasks, he says. “With artificial intelligence-powered voice assistants taking care of these, employers can spend more time on creative thinking – where they can add the most value to their business.”

Euan Davis, European lead for IT services provider Cognizant’s Center for the Future of Work, says that “with the shift into digital, the rise of data and the growth of platforms, AI and automation, virtual work and a ‘no-office’ culture has become possible. However, the workspace has never mattered more”. Mr Davis says his organisation’s recent Space Matters report “found that business decision makers ranked the strategic importance of investing in an efficient and effective workspace second only to focusing resources on the latest technology”.

Companies like Apple and Google have invested heavily in developing new work campuses, Mr Davis adds, with the aim of fostering innovation and creativity.

“While most of us do not have the real estate budget of those tech titans, we can take a strategic approach to plan the spaces where people work to boost productivity and spur innovation. If properly conceived and designed, workspaces can drive game-changing productivity and innovation that any business requires to thrive in the digital age.”