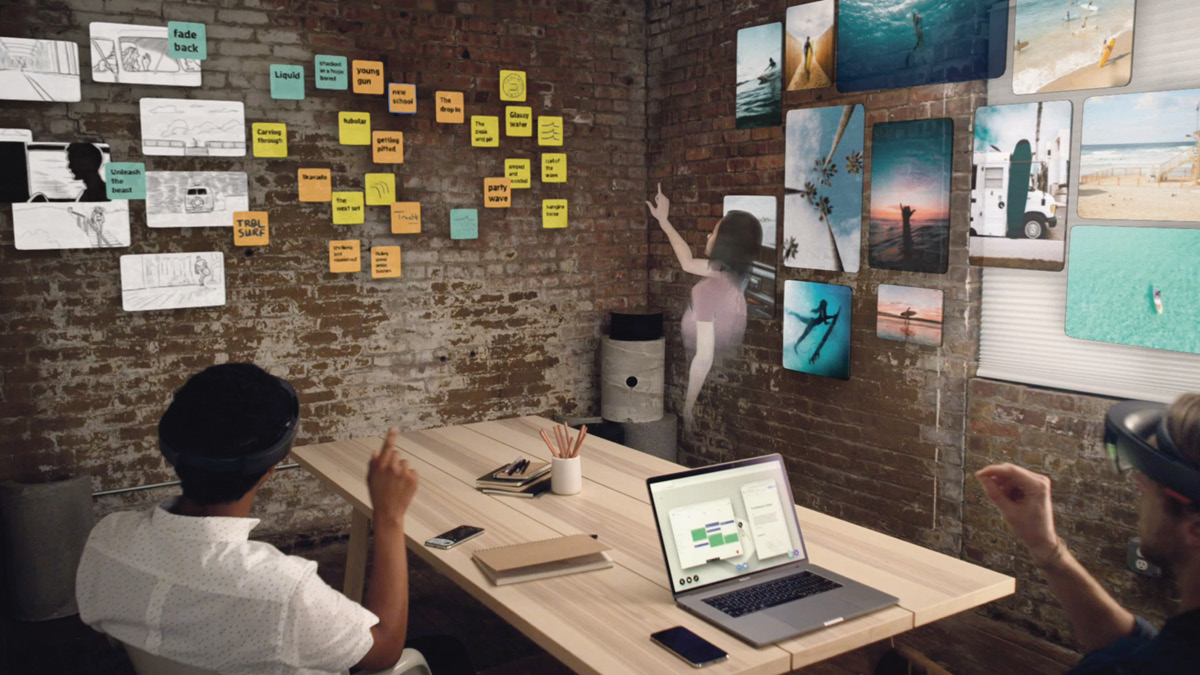 Emerging virtual communication technologies are promising to unify an increasingly dispersed workforce, not through boring 2D video conferencing screens, but with 3D holographic images, avatars, and virtual and augmented reality.

Spatial, a new virtual communication app that uses the Microsoft HoloLens 2 headset, enables workers based in different locations to participate in meetings together using avatars, or holographic shapes, of themselves.

Using virtual reality (VR) and augmented reality (AR), teams can see and interact with 3D images of projects they are working on collectively, and drag and share information, including text and images, from their devices into a shared holographic space in real time.

Spatial co-founder Jinha Lee, a Massachusetts Institute of Technology graduate, says the company’s vision is to unlock people’s creativity and release them from the tiny screens they are currently working on to a much bigger space.

The main aim, however, is to reduce the need for office space and air travel, which can minimise energy use and reduce costs. Eventually, the company hopes to be able to teleport an entire office space virtually to another place so remote workers can feel part of a team.

“Working remotely can feel isolating, but by teleporting the office space to someone’s house, for example, via a 3D holographic feed, the remote worker can hear and see everything that is happening,” says Mr Lee.

The technology is currently being trialled by toymaker Mattel and others, but wider commercial release is planned for early next year.

Early adopters of virtual communication technologies include firms in manufacturing and offshore oil and gas that are using AR and VR to teleport expert knowledge to wherever it is needed.

Professor Hani Hagras, research director at the School of Computer Science and Electronic Engineering, University of Essex, worked on the project and says this will soon be commonplace in the engineering sector.

“Engineers will wear headsets to see a holographic image of the engineering problem and, via an avatar, will guide the less experienced engineer to fix it. The supervisor will see in real time what the junior engineer can see and will know how they perform when fixing it,” says Professor Hagras.

Eventually, the junior engineer could be guided by an artificial intelligence-powered avatar, instead of a real-life colleague, he adds.

As well as creating cost-savings by not needing to transport people to training centres, it also helps managers monitor the performance of trainees.

“In VR you can view every single movement someone is making because it’s collecting around 30 datapoints a second. This provides the power to track performance through precise data capture,” says Immerse chief executive Tom Symonds.

The technology also offers quicker onboarding through increased employee focus and concentration because it’s impossible to get distracted while wearing a headset, he says. Experts agree the future of virtual communication lies in mixed reality headsets.

Future technology must work together

“We need to have a mix of different applications working together, such as AR and artificial intelligence (AI); combined they can create new technologies and new possibilities for education, communication, training and co-working,” says Professor Hagras.

For example, in the future, sensor-captured data of a person’s body language and facial expressions can be fed into machine-learning algorithms to create AI-powered holograms that accurately mimic and represent an individual in precise detail, creating a more lifelike virtual experience.

There are, of course, barriers to widespread adoption. For starters, will employees consent to having their every movement recorded and how does the wearer write notes with a headset on? Both practical and privacy issues will need to be addressed.

Nevertheless, a new consumer trends report by Ericsson found the majority of respondents surveyed expect mixed reality and a full internet of senses experience in the future. More than half said they imagine the difference between physical and digital reality will almost disappear by 2030.

Supported by interconnectivity, the cloud, AI, 5G, which can address latency issues, sensors and faster processing, virtual communication technologies are the future and development is moving faster now than it has in the last ten years.

Professor Hagras concludes: “A conservative estimate is, within the next decade, it will become the norm; a business tool similar to a laptop or a smartphone, replacing video conferencing. There is definitely the investment to do it.”