More employees are working from home, but workplace innovations suggest a positive future for the office 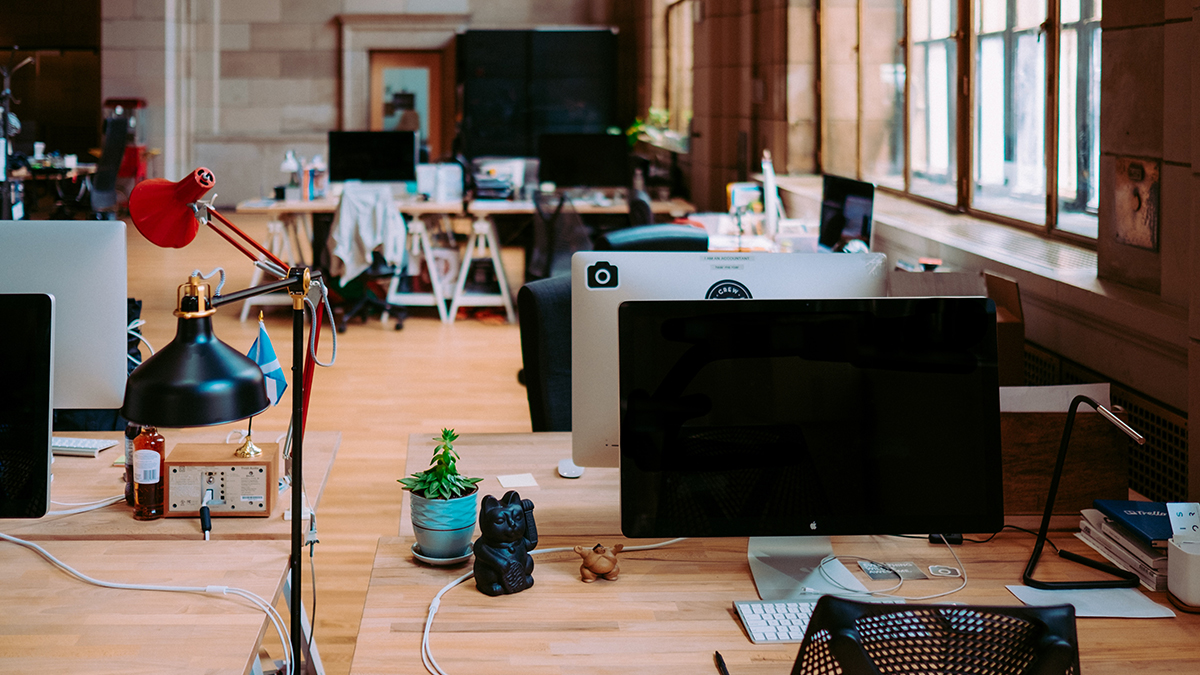 In the UK, lacklustre wage growth is forcing more staff to live further out of cities, creating longer commutes for many.  It’s no surprise, then, that the idea of an office as a central gathering point for all workers is under the microscope.

“All else being equal, every extra minute of commuting reduces job satisfaction,” argues Dr Kiron Chatterjee, associate professor in travel behaviour in the University of West England. “Twenty extra minutes each day has the equivalent impact on satisfaction as a 19 per cent reduction in income.”

There are now 8.2 million people in the UK who regularly work from home at least once per week. That looks set to grow, with a 2017 Oddsmonkey report predicting that half of British employees will work remotely by 2020. Against such a backdrop, why do we need offices at all?

“The whole concept of future workspaces, and what the purpose of the office is, is definitely changing,” argues Andy Swann, author of The Human Workplace.

So is the office doomed? Not necessarily, says Mr Swann.

“There’s concern about shrinking workplaces, but what we’re actually seeing is a mental transition taking place about how buildings are being perceived – particularly in terms of the ‘value’ they give back,” he says. “Because humans are intrinsically social, workplaces will still be needed – but what we all need to accept is that a building does not become a ‘workplace’ on its own. They require thought.”

Workplaces will only remain relevant if they enable staff to have abstract thoughts, foster communities and allow for easy collaboration, adds Mr Swann.

This concept of offices as the social glue of company culture is gaining traction, with the FAANGs (Facebook, Apple, Amazon, Netflix and Google) famously leading the way and creating templates that others are now following. For example, the centrepiece of Bloomberg’s £1bn European HQ (opened in London in 2017) is a 210m spiralling ramp linking six of its nine floors, specifically designed to encourage ‘chance interactions’.

Work can no longer be somewhere people just ‘go’ to. It has to be something they feel

Besides, the working-from-home trend might not be all conquering. Yahoo Chief Executive Officer (CEO) Marissa Mayer famously banned the practice in 2013, writing: “Some of the best decisions and insights come from hallway and cafeteria discussions and impromptu team meetings.”

IBM followed suit in 2017, a remarkable move in a company where 40 per cent of staff worked remotely as recently as 2009. The information technology giant upgraded its offices accordingly, installing an ‘immersion room’ (complete with 360-degree screens), in its Manhattan building, while its Software Executive Briefing Center in Rome has been renovated under the eye of Bolidist Movement architect Massimo Iosa Ghini.

These could be shrewd moves, with research suggesting that inspirational office environments cause workers to stay put. Nearly a quarter (23 per cent) of US employees say the way an office is designed affects their retention, according to a recent report from Continental Office, with 85 per cent wanting a more collaborative work environment.

Digital agency Wunderman’s café-style break-out areas, park-bench-style desks, and pop-art decorated walls mean that although the creative agency offers unlimited at-home working for everyone, most people choose to come to the office instead, says Pip Hulbert, UK CEO of Wunderman.

Experience is all these days, argues Ms Hulbert.

“Work is such a big proportion of people’s lives that the environment they do it in has to be enjoyable,” she says. “Work can no longer be somewhere people just ‘go’ to. It has to be something they feel.”