The US President has pulled his nation out of the Paris Agreement on climate change. Oliver Pickup investigates Trump's reasons why and the impact it will have on the rest of the world 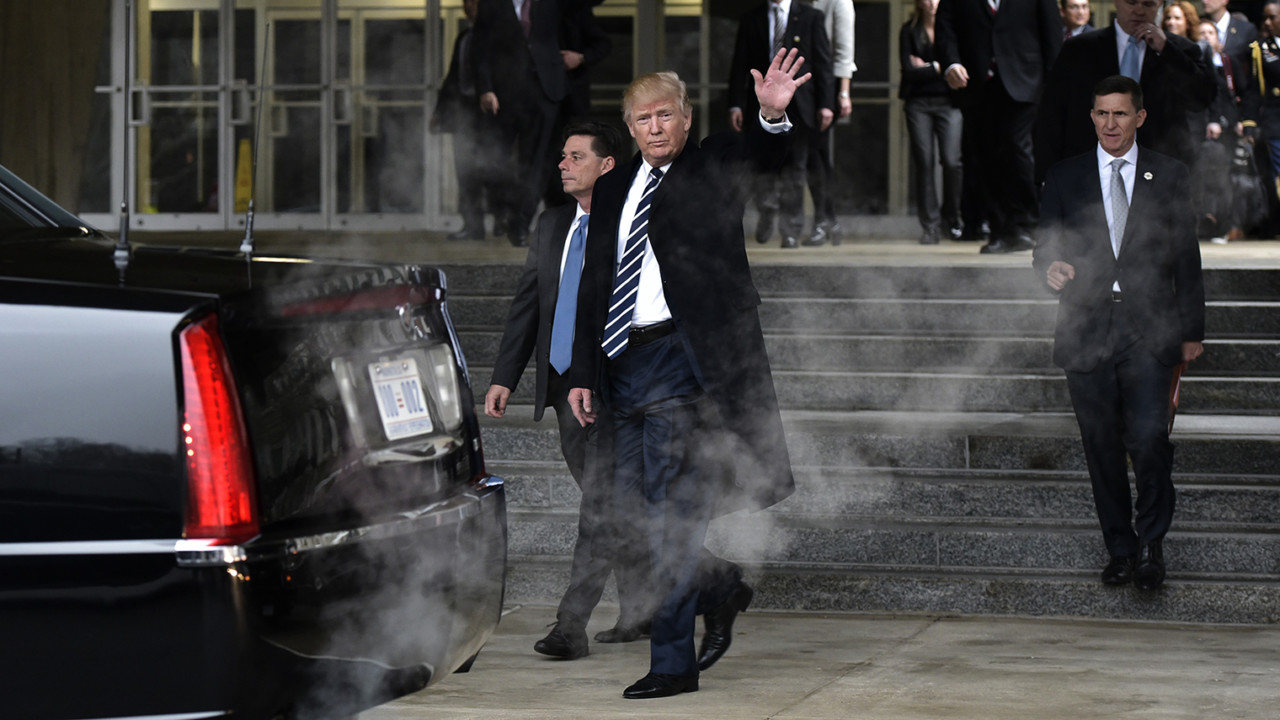 A two-panel cartoon, published in the London Evening Standard on June 2, neatly summed up the prevailing feeling to Donald Trump’s announcement, given the previous day, that he will yank America out of the landmark Paris Agreement on climate change.

In the left-hand panel the illustration, penned by Christian Adams, depicts the President waving under the mantra of his inauguration speech in January: “Putting America first.” And in the right-hand window, a more aggressive Trump, sticking up two diminutive fingers, appears below “… and the planet second”.

The 45th President of the United States, a former businessman and television personality who has repeatedly dismissed global warming as “a hoax”, was simply following through on a core election campaign promise, so his action should not have come as a surprise.

In a last-ditch, six-figure advertising campaign, 28 major US organisations (including Gap, Facebook, Google, Microsoft, Morgan Stanley, Mars, Adobe, and Apple) published an open letter in the New York Times, the Wall Street Journal, and the New York Post pleading the President to have a rethink. Regardless, Trump stuck to his guns, so the opprobrium he generated following America’s withdrawal cascaded in torrents.

Silicon valley billionaires, other more conventional celebrities, and the world’s top-table leaders rounded on Trump to vent their collective fury; even North Korea labelled his decision the “height of egoism”, without a hint of irony. His predecessor, Barack Obama’s former national security adviser, Susan Rice, aped the President when she tweeted: “The cumulative effect of Trump policies, capped by his foolish, tragic Paris decision = abdication of America’s global leadership. Shame!” Michael Moore, the documentary filmmaker and author, was more explicit and wrote: “USA to Earth: FUCK YOU.”

The Paris Agreement, drafted in late 2015 in the French capital, is cherished because, for the first time in history, it unites all the world’s nations in a single (yet non-binding) pact to tackle climate change. The leaders of almost 200 countries concurred that more needs to be done to cut greenhouse gas emissions. Central to the agreement was “holding the increase in the global average temperature to well below 2 °Celsius above pre-industrial levels” – a dangerous and irreversible level of climate change, according to a phalanx of scientists – “and to pursue efforts to limit the temperature increase to 1.5 °C above pre-industrial levels, recognizing [sic] that this would significantly reduce the risks and impacts of climate change”.

From 2020 rich countries will assist poorer nations by handing over “climate finance” to adapt and encourage the use of renewable energy sources. Two years ago Dr Bill Hare, CEO of Climate Analytics, hailed the agreement as “remarkable” and added: “It is a victory for the most vulnerable countries, the small islands, the least developed countries and all those with the most to lose, who came to Paris and said they didn’t want sympathy, they wanted action.”

In removing America, the most significant player, from the field, Trump has weakened the Paris Agreement. Aside from being a long-standing climate-change denier, he listed four main reasons why he would not ratify the deal. He argued that even if the accord was fully implemented it would have only a “tiny, tiny” impact.

“It is estimated it would only produce a two-tenths of one degree Celsius reduction in global temperature by the year 2100,” he said during a White House news conference on June 1. This point was widely derided. Research carried out by Massachusetts Institute of Technology scientists calculated that up to one degree of warming could be averted if all the promises made in the Paris Agreement were honoured.

Further, the President posited America “will be at grave risk of brownouts and blackouts” by adhering to the targets set out in the Paris accord, and suggested that remaining in the agreement would cost the US economy “close to $3 trillion in lost GDP and 6.5 million industrial jobs, while households would have $7,000 less income, and in many cases, much worse than that”. He didn’t cite a source for that last statistic, alas.

Additionally, Trump announced that America would halt its contributions to the Green Climate Fund – which India, China, and Russia are not involved with – having already paid $1 billion of its pledged $3 billon. This stance is a little rich, given that the US is responsible for around a third of the world’s carbon dioxide emissions, and Luxembourg and Sweden’s pledges per capita – $93.60 and $60.54 respectively – put the US’s original $9.30 in the shade.

In answer to what the consequences of Trump’s withdrawal of America from the Paris Agreement are likely to be, Dr Hare tells Raconteur: “In the longer term, the temperature goals will not be able to be met unless the US re-joins global efforts within the next 5-10 years, so that aggregated CO2 emissions can be reduced to zero by around 2050.

“In the short term, it will certainly have ripple effects globally. But rather than fatally undermine the Paris Agreement, it will likely cause other countries to reaffirm their commitment to the full implementation of the climate deal.”

Proffessor Joanna Haigh, co-director of the Imperial College London’s Grantham Institute on Climate Change and the Environment, agrees, and says: “President Trump thinks the world is laughing at the US for its promised actions on climate change and has now escaped the ridicule. How far from the truth: if anything is laughable it is the extraordinary apparent lack of understanding of the US government on this serious global issue.

Rather than fatally undermine the Paris Agreement, it will likely cause other countries to reaffirm their commitment

“In fact, Mr Trump’s decision has stimulated statements of continuing and increased commitment to climate action from other nations, including China, India, Russia and the European Commission, as well as 13 US states, 201 US cities and numerous corporations.”

Her colleague Ajay Gambhir continues: “It is not a done deal that longer term the march of renewables and other low-carbon energy is inexorable; there are still many challenges along the way to decarbonising the industrial, transport and buildings sectors. But the signs are currently looking promising, that low-carbon deployment and innovation is accelerating, so we are unlikely to see a high-carbon future.”

Haigh and Gambhir point to Climate Action Tracker (“one of the more credible robust and reliable sources”) which states “in order to meet its 2025 Paris Agreement commitment…of reducing emissions by 26-28 per cent below 2005 levels…the US would have had to implement both the Clean Power Plan and the Obama Administration’s full Climate Action Plan”. These are expected to be eliminated under Trump.

All is not lost, however, says Haigh. When quizzed about what can be done to reverse the President’s decision she adds: “The US is due to withdraw from the Paris Agreement the day after the next presidential election [November 3, 2020]. So depending on who wins, there could be an immediate reversal.”

If that happens, Trump’s many critics will laugh last, and loudest. And the planet will be a happier place, in more ways than one.