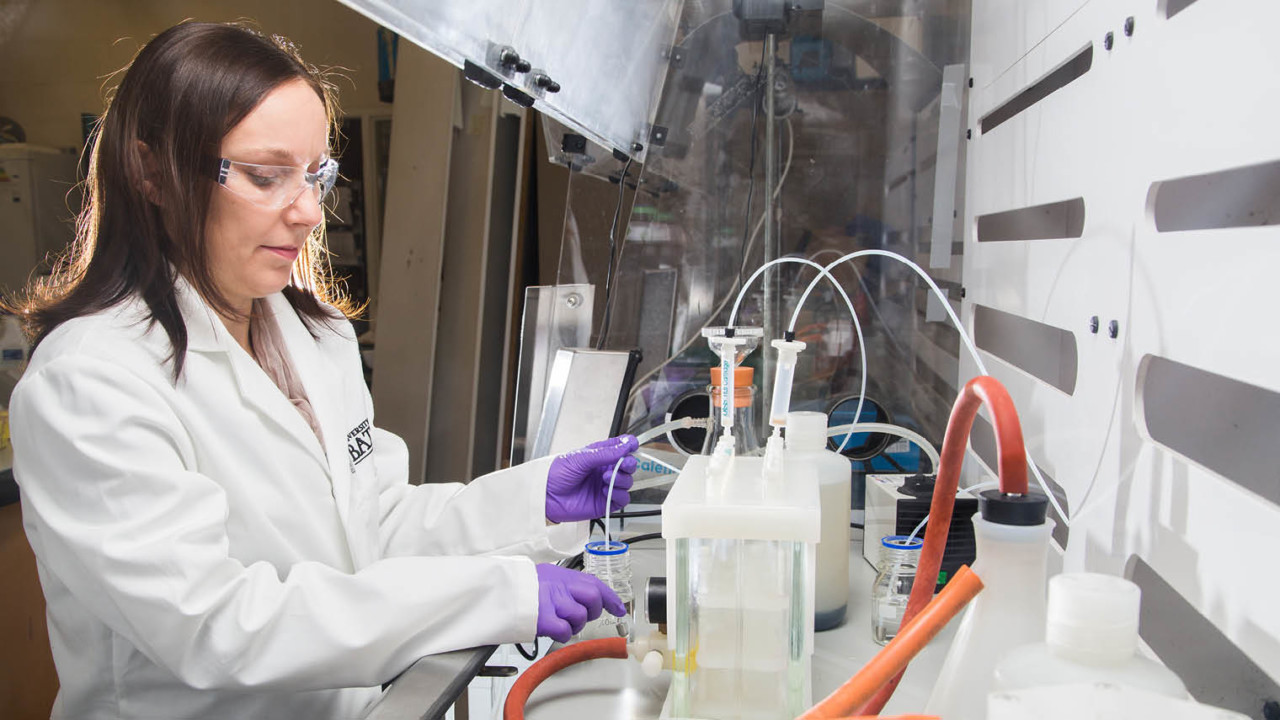 Scientists may have discovered almost $2 million in gold, flushed yearly through sewage systems in Switzerland, but the value in wastewater elsewhere tends to be rather different.

As the saying goes “Where there’s muck, there’s brass” and for most wastewater there is revenue in bioresources. Wastewater sludge transport, treatment, recycling and disposal are what water regulator Ofwat calls bioresources services, with high hopes for future growth, says Noel Beale, legal director in the water team at Burges Salmon.

“Ofwat claims bioresources can realise customer benefits of £780 million. However, the extent really depends on markets working efficiently,” he says.

Expectations are that sewerage operators will come under increased pressure to do more than simply rely on existing infrastructure. There will be opportunities to expand or contract activities, but also for new market entrants.

The water industry is rising to the challenge, though, says Kieran Brocklebank, head of innovation at United Utilities. “Companies are already active in finding ways to reuse the ‘black gold’ of sludge to reclaim gas, chemicals and nutrients,” he says. “Extracting more gas from wastewater, well-proven technology can generate electricity through combined heat and power for onsite use or back to the grid.”

Some new technologies are market ready and some lab scale, while others still need significant exploration and investment. One hot prospect in the innovation mix could even be a game-changer for the sector, says Mr Brocklebank. “The Nereda wastewater process is exciting,” he says. “It’s the first time a breakthrough treatment has come to market which removes phosphorus from wastewater and yet demands less footprint, power and chemicals than traditional processes.”

As the first company to prove it works in the UK, United Utilities is also realising circular-economy benefits. “It is a biological process too, so it gives us a chance to extract the phosphorus more easily and reuse it,” Mr Brocklebank adds.

While tightly regulated utilities are mindful of responsibilities on sustainability, it is the commercial prize driving circular agendas worldwide, says Petar Ostojic, chief executive at Neptuno Pumps, in Chile. “The water industry started to embrace the circular economy firstly by being conscious of its social and environmental impact; then, secondly, by seeing its huge business potential,” he says.

As well as bioresources, wastewater can be a valuable source of data, according to new water-fingerprinting technology, pioneered by the University of Bath, alongside Stellenbosch University, South Africa. Urban testing could help limit spread of antibiotic-resistant superbugs such as E. coli, explains lead investigator and professor in environmental and analytical chemistry at Bath, Barbara Kasprzyk-Hordern.

“Water fingerprinting has potential to become a truly effective and low-cost early-warning system that can identify and prevent threats to public health, such as the spread of infectious diseases and major pollution incidents, in real time,” she says.

It works by measuring biomarkers – molecules made by the body characterising disease and illness – in the sewage system.

Urban water contains a mixture of human waste, wastewater and run-off. To epidemiologists, this data cocktail is a treasure trove of resilience information, especially for communities in Africa and Asia facing unprecedented population growth and urbanisation.

In addition to potential flowing through pipes and infrastructure, wastewater pumping systems themselves present resource opportunities, adds Mr Ostojic. “Pumps are the second most used electrical machine on the planet, behind motors,” he says. “They consume approximately 10 per cent of total electrical energy. Any improvement in efficiency not only has an impact reducing energy bills, but also carbon footprints.” 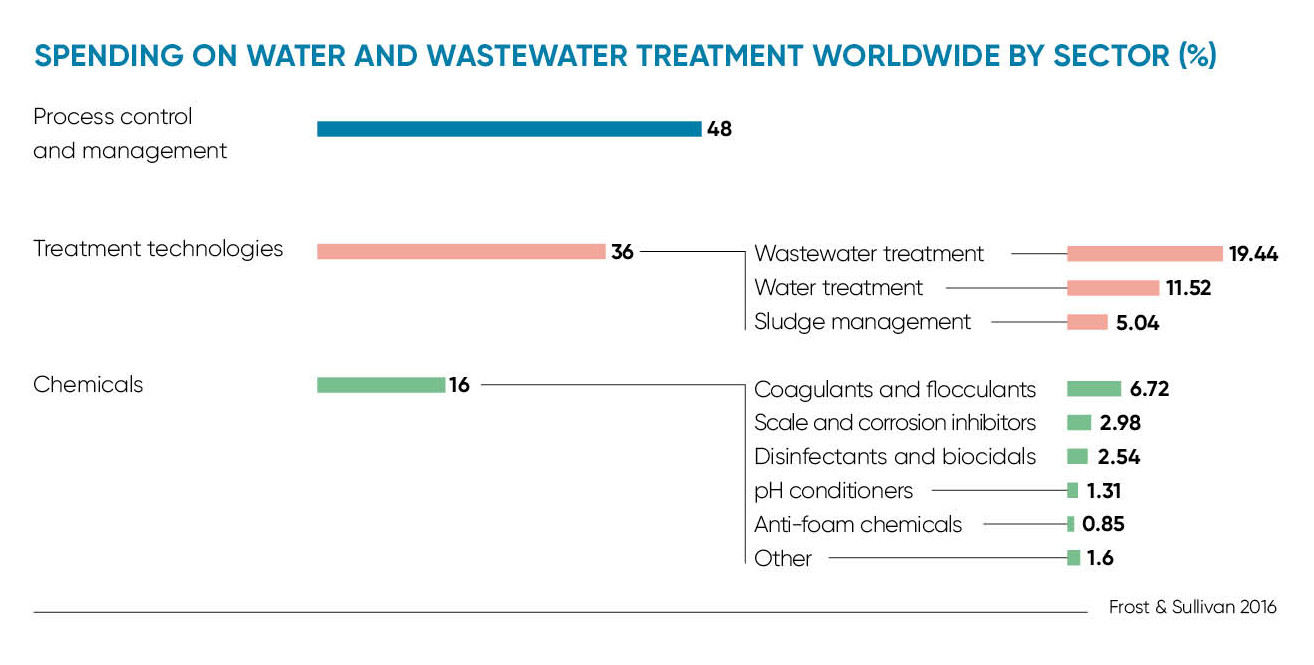 Multiple beneficiaries exist for thermal energy from wastewater, too, explains Nick Meeten, of Smart Alliances, New Zealand. “Wastewater utilities every day receive heat energy into their sewers, donated free by millions of houses and buildings, each with a hot-water system,” he points out.

Heat energy going down the drain, literally, can be captured and recycled for properties and industrial processes. Utilities also benefit by allowing use of wastewater as a cooling source.

Rethinking wastewater, whether via resource recovery, data and technology, or decentralised assets, is key to a sustainable water future

In parallel with generation trends in energy, the water industry is also seeing a rise in decentralised assets and distributed wastewater treatment onsite. Application suits larger-scale industrial, retail and campus-style sites, and this is now on the radar of commercial property players, corporates and brands engaged with green building, says Martin Brown, sustainability consultant at Fairsnape and UK ambassador for the Living Building Challenge (LBC) performance standard.

“Investment in on-site treatment is a matter of reputation, resilience and ultimately reduced costs,” he says. “We can no longer simply externalise a building’s impact without questioning the cost.” LBC demands wastewater from buildings work in harmony with the natural water flow of sites and surroundings.

Organisations are encouraged to view on-site treatment, such as constructed wetlands, as integral to a building’s plumbing system.

The obstacle to wider market take-up, however, remains an obstinately unsustainable mindset, Mr Brown concedes. “We currently see wastewater discharge how we once saw material waste as a ‘costless externalisation’ – something to throw away.” But views are changing.

Rethinking wastewater, whether via resource recovery, data and technology, or decentralised assets, is key to a sustainable water future. From black gold to green buildings, it epitomises value-creation potential of the water-energy-waste nexus.