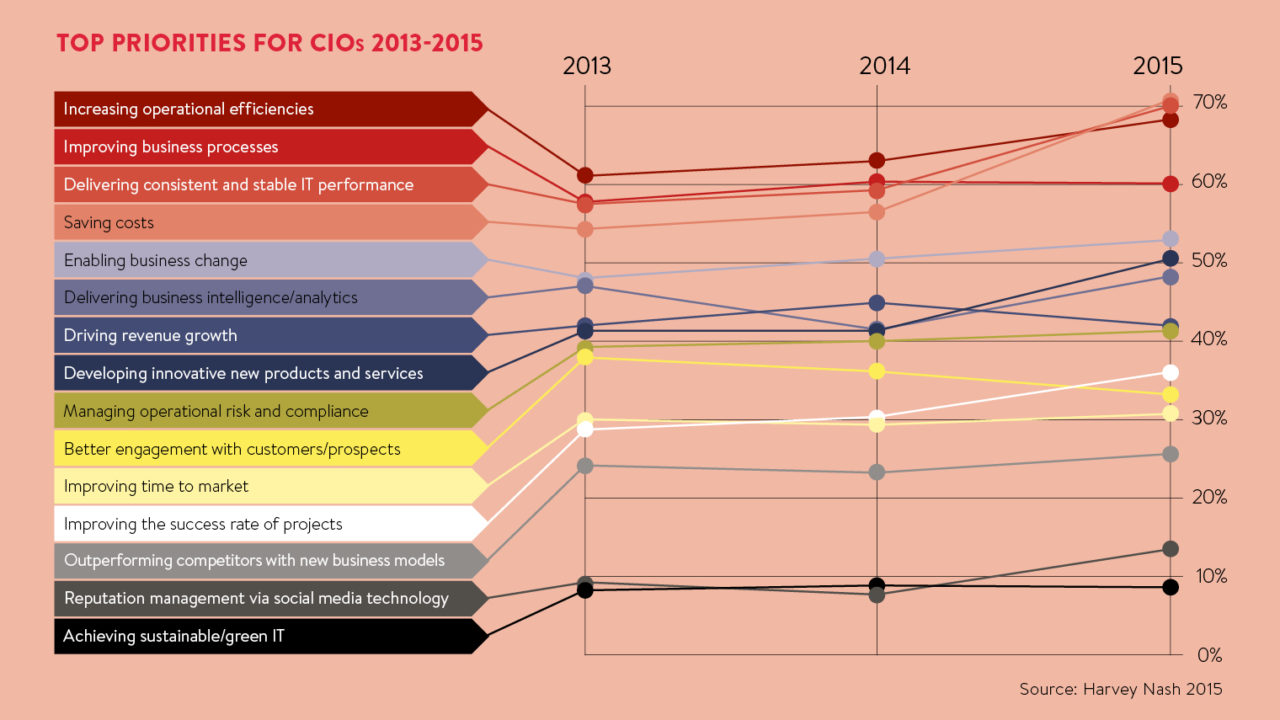 If 33 per cent of jobs in the UK are at risk of being automated, as research from Bank of America Merrill Lynch suggests, the management of automation is clearly of increasing importance.
“If you look at the growth of spend verses overall macro-economic spend, global GDP has maybe doubled over the last 30 years, while the equivalent in terms of technology spend has increased by a factor of 14,” says Ralf Dreischmeier, global head of the technology advantage practice at Boston Consulting Group. 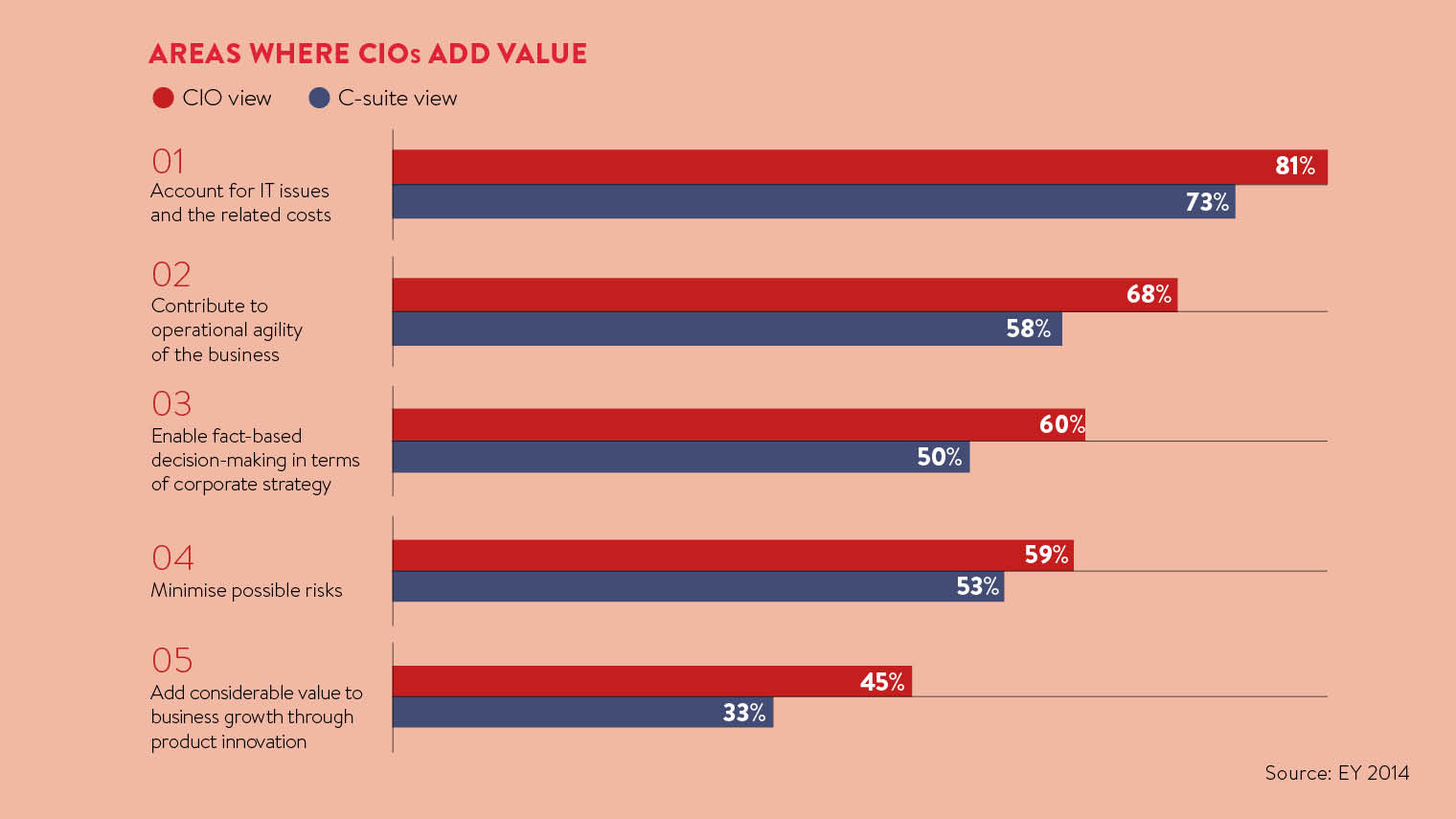 “Technologies play a much more important role in our economy, in our day-to-day life. As a result, technology becomes much more than a support function, it becomes the core capability that is absolutely crucial to the future of any business.”

Within many companies the role of chief information officer (CIO) has evolved from that of a functional expert to encompass other dimensions, understanding how to run IT safely and effectively, but also how to weave the concepts technology offers into the fabric of a business to drive growth

“A dimension I think is key is that they need to be business enablers,” says Lisa Heneghan, head of UK CIO advisory at consultancy KPMG. “When we look at organisations now who are trying to embrace new technologies, whether that be the actual technologies like artificial intelligence or the methodologies like agile development, the CIO needs to enable those capabilities in the business. That’s very different from the old world.”

Technology surrounds every business interaction that humans have. Payments, communications and decision-making are increasingly automated, recorded and analysed with a view to improvement. Understanding how that information is being sent, where it is held and who can see it is fundamental to security, to revenue generation, to process improvement and to customer relationships.

According to the 2016 Harvey Nash/KPMG CIO Survey, the proportion of CIOs taking a seat on the executive board or senior leadership committee has reached its highest level in the 11 years that the survey has been conducted. It reports there are now 57 per cent of CIOs in the senior executive management team compared with 51 per cent in 2015, while 67 per cent of respondents expect the strategic influence of the CIO role to expand in 2016. 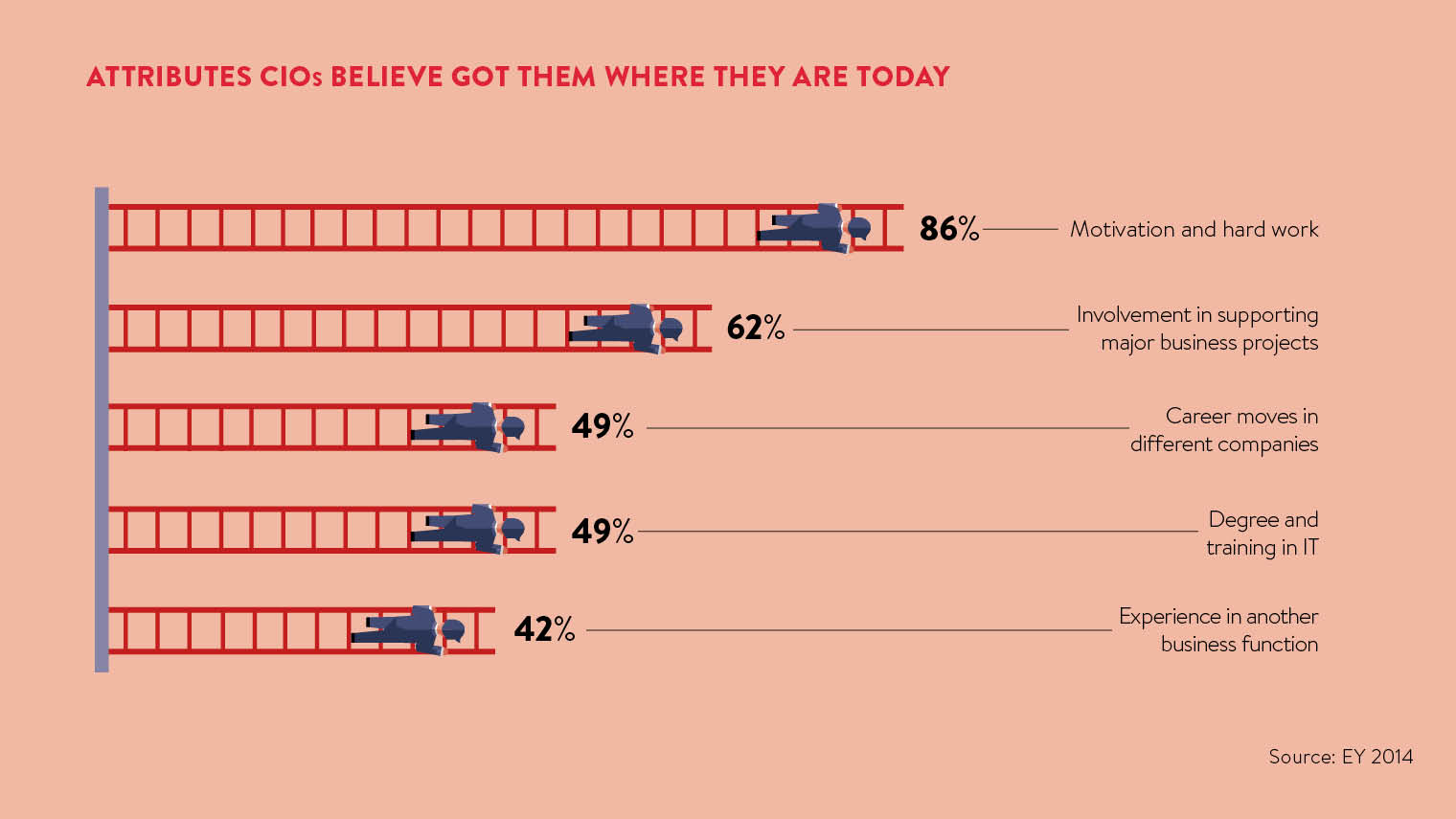 From the start of the decade, candidates stepping into the position of CIO increasingly came from a business background, says Claire-Louise McSherry, managing director of specialist executive search firm McSherry Brown.

“They were able to bring that commercial lens to the role,” she says. “More recently we are seeing candidates moving into the role of chief digital officer (CDO). Their mandate has been to make an organisation digital, not only from the technology perspective, but to change underlying process and also customer experience.”

This change reflects digitisation, the development of business models and processes based on the capabilities that technology can offer, rather than application of technology to automate or scale up processes conceived of in a pre-digital world.

“It can be driven by the CEO, who wants to run the company from an iPad, or a chief financial officer, who wants more granular, more flexible or real-time visibility of accounting figures and projections,” says Russell Hart, chief operating officer and partner at Alcova Asset Management, a quantitative investment management firm based in London. “They don’t have to have the title CIO; they have to have the drive.”

“As a quantitative investment manager, everyone in our firm is data literate,” he says. “They understand what formats of data can be systematically interrogated and manipulated. Therefore, while maybe not their core function, they are cognisant of ensuring data is in a form where each process can be optimised.”

The concept of digitisation can apply equally to internet-only enterprises, to data-led business models and to agile development models, which emphasise the development of systems in line with business needs. However, it is important to delineate the roles of CIO and CDO to optimise the transformation process.

“I have been defining our digital strategy by addressing what was transformational to our business,” says Philippe Denis, CDO at BNP Paribas Securities Services. “You need to have two IT organisations side by side – one for the transformational side, and the other one to manage the business and to bring the two together.”

In dealing with this dual structure, a firm’s management function has to be clear who has ownership of the process and how the elements are brought together.

“The first outcome is that [the position of CDO] could fragment the role where responsibility and accountability is taken away from the CIO,” says Darren Price, CIO at insurance group RSA. “Or in cases where the CIO has the right leadership and commercial expertise, it can actually add to the role. So, for instance, in our group I own digital across the globe, not just from a technology point of view, but from a business point of view, and I drive the profit-and-loss ownership and the business outcomes with digitisation.”

Driving two-speed IT delivery is challenging for organisations encumbered by legacy systems, older tech that can inhibit and make the delivery of digital propositions harder. One technology solution driven by CIOs has been the development of a component-based IT architecture to let businesses build digital front-ends on legacy systems, letting them move as quickly as their newer firms in the market with new products, while gradually tackling the underlying legacy issues behind the scenes.

“I think two-speed IT is critical in this market,” says Mr Price. “We have a long-term plan to address legacy, we have strengthened our enterprise architecture capability, we ensure that we design and select the right technology and right through to implementation, and we ensure we stick to those standards. That’s predominantly a component-based approach from an architectural point of view.”

With generational differences in the approach to, and schooling in, technology development, CIOs can struggle to ensure their teams have the right skills to keep the business moving forward. Pressures on the role include the capacity to manage this transformation and the changing internal skillsets and philosophies. To deliver a project using a structured, standardised waterfall methodology or a more collaborative interactive agile methodology can demand a very different mindset and internal teams may not be able to work easily in either mode.

“These are internal, people issues that he or she has to deal with,” says Boston Consulting Group’s Mr Dreischmeier. “On top of that, technology changes so fast you can’t ignore your existing world, but you need to be on top of the new stuff. The CIO needs to keep up with all these things, and the changes will come faster and faster. In the past they were hitting us every few years – now they are hitting us every year or even more frequently.”