“For the things we have to learn before we can do them,” wrote Aristotle, “we learn by doing them.”

Since 350BC, and probably long before, humankind has recognised the value – and potential contradiction – in “learning by doing”.

More recently, though, the concept described in Aristotle’s Nicomachean Ethics has been bolstered by further scientific evidence. Last year, a University of Chicago study found that students who physically experience scientific concepts, such as the angular momentum acting on a bicycle wheel spinning on an axel that they’re holding, understand them more deeply and also achieve significantly improved scores in tests.

In the study, magnetic resonance imaging showed that the group of students who carried out the real-world experiments were more likely to engage sensory and motor areas of the brain when later thinking about the concepts they had learnt about. What’s more, according to the professor who directed the study: “Those students who physically experience difficult science concepts learn them better, perform better in class and on quizzes the next day, and the effect seems to play out weeks later, as well.”

Some organisations and businesses have acknowledged the same underlying principle for a long time. In the aviation industry, for example, flight simulators have been used to train pilots to fly more complicated aircraft for decades. The benefits in terms of safety, cost and learning are obvious, but the characteristics of aviation gave it an advantage that many other industries and many other types of learning haven’t been able to enjoy. Now, though, that looks as if it may be changing.

Backed by the financial might of Facebook after a $2-billion acquisition in 2014, the Oculus Rift virtual reality (VR) headset was released to consumers in March when it was heralded as the single most important development in the history of VR. As more games, programmes and VR environments are developed for the £550 device, its influence is likely to grow, but some people are already taking advantage of the technology.

The British Army have worked with Cambridge-based company Plextek to use Oculus Rift headsets to train soldiers to respond during the crucial 20-minute window after an injury has been sustained by one of their colleagues in the field, a time when specialised medical assistance often isn’t available.

“There was a government act to reduce the use of human tissue in medical training,” explains Collette Johnson, director of medical at Plextek. While aiming to ensure that training continued to be conducted at a sufficiently high standard, “the military also wanted to move away from typical simulation that uses video projection and move towards more remote systems, which don’t require people to be in the same room at the same time – that frees up space and provides a cost-saving”, she says.

The VR system developed by Plextek is voice-activated and requires users to take decisions in real time about what to do on the battlefield. As such, Ms Johnson says, in its current form, it could never completely replace hands-on medical training. But there are other benefits. “The framework allows us to show what the knock-on effects of a bad decision would be. We can also record what people are doing and then play it back to them afterwards – you learn a lot more by viewing your mistakes than being told your mistakes,” she says.

Learning and testing in this way also tends to suit the young, predominantly male demographic better from which the army draws many of its recruits and a VR system resembling a computer game is likely to be more appealing than a classroom lesson or written test.

But Oculus Rift isn’t the only VR tool helping organisations to train and teach their people. Google Cardboard, which allows anyone to create a set of VR goggles by attaching a specially folded piece of cardboard to their smartphone, may not be as sophisticated or immersive, but does have the benefit of being cheaper.

This is one of the main reasons its use in schools is being promoted by an Open University project that aims to give virtual access to places that time, cost or mobility issues would have otherwise made it more difficult to visit.

Professor Shailey Minocha, who has been working on the Open University initiative, is encouraging teachers to use the technology in conjunction with another Google innovation, Google Expeditions, to help them prepare their students for real-world field trips, or offer some of the benefit of visiting locations such as the Great Barrier Reef, Galapagos Islands or even London’s Olympic Park.

“We have found that it promotes inquiry-based learning,” says Professor Minocha. “When students have had a 360-degree experience, the questions they ask tend to be much more analytical, higher-order questions.” 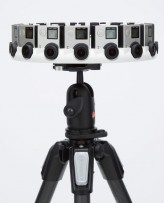 While students on a Google Expeditions field trip are equipped with smartphones and the cardboard add-ons, teachers have a tablet computer with added information, suggested questions and guidance they can use to lead the session. Professor Minocha is hopeful that as interactive whiteboards, social media and devices such as iPads and smartphones have found their way into the classroom and on to some curriculums, the same thing will happen with VR.

But while VR does have the ability to transport people to places or into scenarios that would otherwise make training difficult, costly or impossible, this is not the only application for simulation-based learning tools. Increasingly, businesses are finding that more prosaic tasks, such as negotiation and management within a corporate setting, can benefit from new technology too.

Working alongside clients such as Cisco and the World Economic Forum, Ososim has created training simulations in which employees are asked to collaborate with colleagues from across large businesses in order to achieve a task, such as staging a 24-hour global charity music concert and dealing with the crises that might crop up along the way.

While you can collaborate with one another in a virtual world, it leaves the physical world behind – AR mixes the two and potentially gets the best of both

At present, the simulations are carried out on normal laptop or desktop computer screens, but Mr Knight says virtual and augmented reality versions using the same principles could be on the horizon. “It’s the combination of new technology, particularly with AI, that’s so interesting,” he says.

This thought is echoed by Ian Hughes, an analyst at 451 Research. Although Mr Hughes feels it’s augmented reality (AR), with its ability to encourage collaboration in a more natural way, which is likely eventually to prove more effective than its close cousin, VR. “AR will overtake VR,” says Mr Hughes. “While you can collaborate with one another in a virtual world, it leaves the physical world behind – AR mixes the two and potentially gets the best of both.”

Mr Hughes adds that with improvements in the detection of physical space and reduced lag times, future iterations of AR technology are likely to provide more immediacy. Conjuring up images of Tom Cruise swiping at screens floating in mid-air in Hollywood sci-fi movie Minority Report, he adds that it could soon remove the need for screens cluttering our desks. You wonder what Aristotle would have made of that. 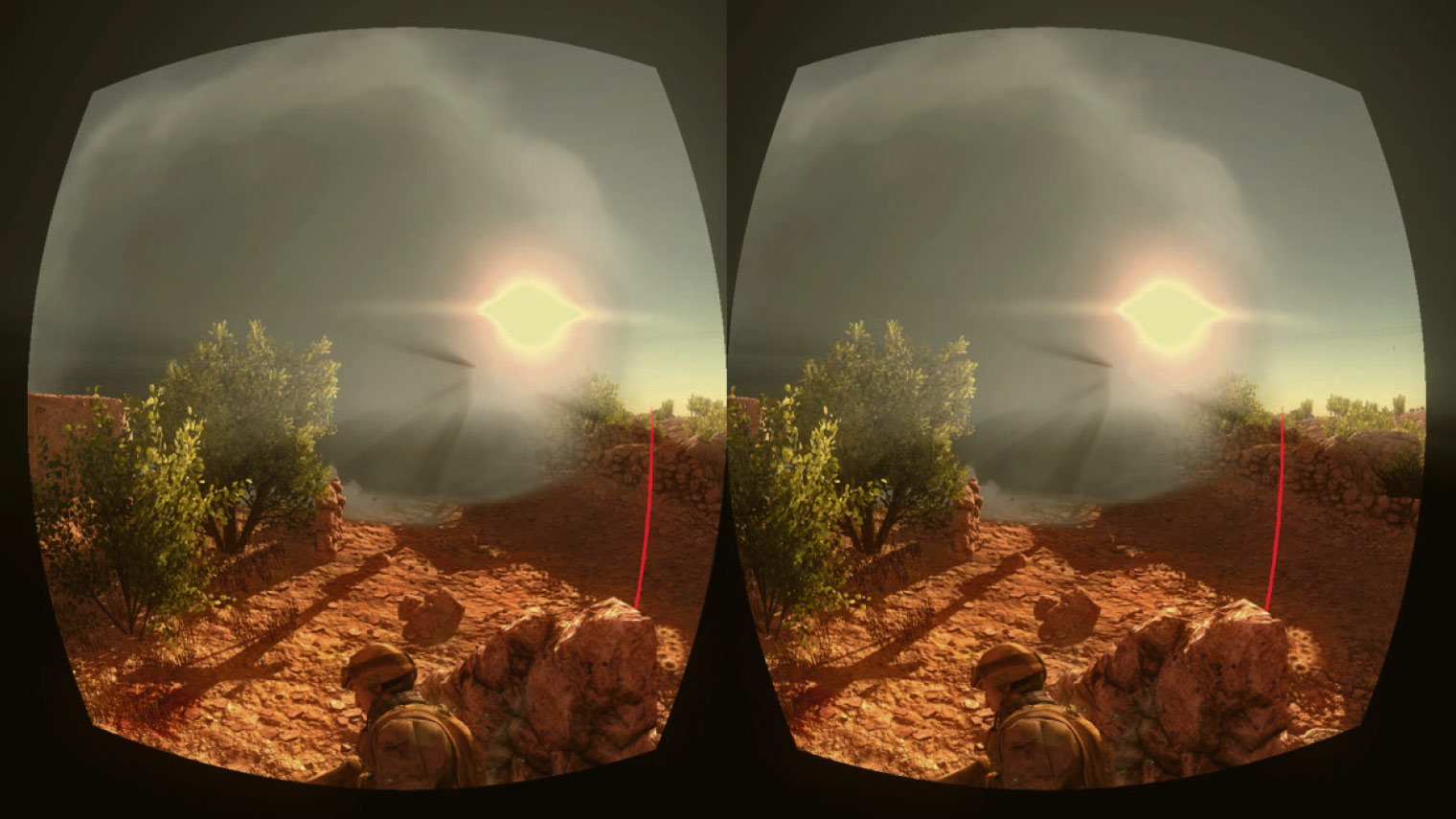 “We’re looking for more realistic ways to train people,” says René Aguilar, global head of safety at mining industry giant Anglo American. “We want to expose people to risks and controls without hurting them. Over the last decade we’ve tried a lot of different angles to address this.”

The most recent of these angles is the virtual reality (VR) and simulation technology that the company has invested in, both at its own Centre for Experiential Learning and by sponsoring the nearby Kumba Centre, a new facility at South Africa’s University of Pretoria, which opened in August 2015. 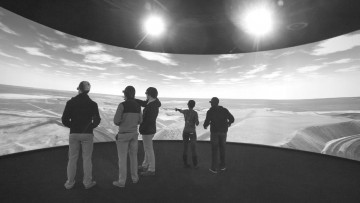 In addition to a cinema-style theatre and Oculus Rift headsets that are used to virtually go inside 3D-renderings of real mines, the Kumba Centre incorporates a circular screen that is 4m high, 10m in diameter and 32m in circumference. Using five projectors, it can display 360-degree 3D images to more than 30 people at the same time.

The facility can be used to simulate an incident such as a collapse in an underground mine, and also to illustrate the errors that might have been made in the build-up to the incident, its consequences and the controls that could be put in place to mitigate them.

The use of such technology in the mining is relatively new, but tests carried out in the United States found that a group of people who had used VR to practise making their way out of a mine via a simple escape route were then 37 per cent quicker at exiting via a more complex route than those who had not previously trained using VR.