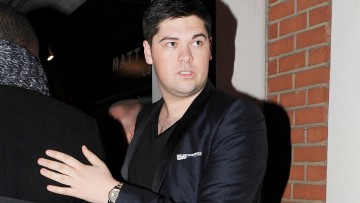 Self-styled foreign exchange trader Alex Hope hit the headlines three years ago when he splashed out £125,000 on a double Nebuchadnezzar-sized bottle of Ace of Spades champagne in a Liverpool nightclub. It arrived to the theme tune from 2001: A Space Odyssey. The picture of him lording it with soap-opera starlets made him famous overnight.

Aged 23, he hired a public relations company to position him as a master of foreign exchange (FX) markets. He was the whizz kid with a seemingly golden touch. His story? He claimed to have started off, at the age of 19, with just £500 and to have doubled this on day one of his FX trading career. He then traded his way to millions.

In truth, he was running a crude, but effective, scam. The publicity sucked in around 100 investors who trusted him with more than £5 million. New investors bailed out earlier ones: a classic Ponzi scheme structure. Hope filched £2 million. With no qualifications and a paper-thin story, it was only a matter of time before he was nailed.

The Financial Conduct Authority (FCA) investigated him and quickly uncovered his plot. In January, Hope was jailed for seven years. Georgina Philippou, acting director of enforcement and market oversight at the FCA, warned: “He promised fantastic returns but, as is so often the case with unauthorised investment schemes, those who invested ended up with significant losses and the main beneficiary of the scheme was Hope himself. There is a reminder for consumers here that unauthorised investment schemes are often incredibly risky and, if the promised investment returns seem too good to be true, they most probably are.” 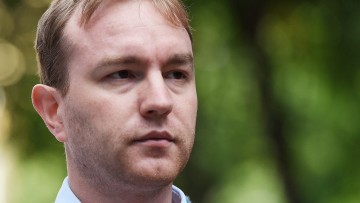 The inter-bank lending rate is so obscure even the regulators overlooked it as a possible source of fraud. How on Earth could the Libor be tinkered with? In fact, as Tom Hayes proved, it was a goldmine for unscrupulous traders.

The Libor is the average rate at which banks in London lend to each other. Banks report their daily position in order for an industry average to be estimated. Traders realised there was no verification process. If they held a trading position which could be affected by the Libor, it was simple and profitable to falsify the numbers.

During his trial, Hayes revealed just how lax controls were. He was quoted in 2006 as saying: “Just give the cash desk a Mars bar and they’ll set wherever you want.”

When rumbled, Hayes openly admitted his activities, but energetically claimed exceptional circumstances. He told the Serious Fraud Office: “We’d had no compliance training. We’d had no rules outlined to us, either internally or externally.” The temptation was too great. “Not even Mother Teresa wouldn’t manipulate Libor if she was setting it and trading it,” Hayes said.

Does he deserve sympathy? Hayes claimed his actions were routine. “I knew I was operating in a grey area. I knew that I probably shouldn’t do it but, like I said, I was participating in an industrywide practice at UBS that pre-dated my arrival and post-dated my departure.” The judge disagreed. Hayes, 35, was handed down a 14-year prison sentence for his Libor illegality. 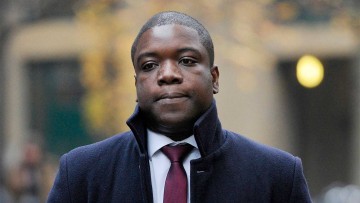 The triangle of fraud comprises opportunity, motive and rationalisation. Kweku Adoboli’s fraud contained all three elements. The former public schoolboy and son of a United Nations diplomat seemed to be a model citizen. He rose the up the ranks at UBS.

Detective chief inspector Perry Stokes, from City of London Police, said: “To all those around him, Adoboli appeared to be a man on the make whose career prospects and future earnings were taking off. He worked hard, looked the part and seemingly had an answer for everything. But behind this façade lay a trader who was running completely out of control and exposing UBS to huge financial risks on a daily basis.”

Adoboli’s downfall was spread betting on financial markets. He lost money, until his £350,000 wasn’t enough to cover the bills. He resorted to pay-day loans. Then, as so many gamblers do, he chased his losses with increasingly desperate bets. In order to avoid reprimands for his poor performance, he created secret trading accounts. These let him avoid limits on the size of his positions. A six-figure loss grew larger. At one point, Adoboli was at risk of losing £7.4 billion. Jurors were told he was “a gamble or two away from destroying Switzerland’s largest bank for his own gain”.

The loss to UBS was £1.4 billion – the biggest fraud in UK history. Adoboli was sentenced to seven years, in 2012, but has already been released on parole. His story prompted a wide review of compliance rules across the UK and Switzerland. 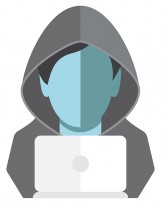 Prison deters? Not for this stubborn character. Nicholas Webber was sent to jail for running a criminal website. Once inside, he joined the prison IT course and then set about hacking the prison’s IT system. He got caught and his teacher got the boot.

The prison authorities should have known better than to let Webber near a PC. Webber once boasted he was “probably the most-wanted cyber criminal just now” for founding one of the internet’s biggest hubs for fraud.

After leaving school, where he was reprimanded for deleting friends’ detention records from the school computer, Webber set up GhostMarket, a global auction house for illicitly obtained financial details. Prosecutors claimed GhostMarket hosted 8,000 members, who discussed the manufacture of computer viruses for stealing financial data, for buying and selling stolen credit card details, and to collaborate on more elaborate frauds. Police were able to identify £473,000 of losses from 3,500 cards sold on GhostMarket, but estimated the true figure could be £15 million.

Webber was undone when using a stolen card to pay for a penthouse suite at the Hilton Hotel in London’s Park Lane. He received a five-year sentence for his crimes, but no extra penalty for his shenanigans perpetrated while inside.

GhostMarket is a reminder of how big and lucrative the global fraud after-market has become. Hackers can quickly find buyers for stolen financial data. Sadly, shutting down sites such as GhostMarket has little impact. Replacements rise in their place overnight.

Phishing is a common fraud technique. Hackers create e-mails which look identical to official messages. They send them to the victim, encouraging their target to click on a link and input “login” details. These are then used by the hacker to gain access to the victim’s real account.

Cyber hacker Lewys Martin executed an efficient phishing operation on Halifax bank customers. It is believed he gathered the details of 28,000 customers by using fake e-mails.

Martin then blackmailed Halifax bank, demanding ten bitcoins for every account he had compromised, a total value of £207,000. Halifax bank, owned by Lloyds Banking Group, refused to co-operate and went to the Metropolitan Police Cyber Crime Unit. Martin believed he had covered his tracks by using software to hide his identity. The police quickly broke his cover and arrested him, seizing his machines which were loaded with varied incriminating evidence. He was jailed for four years and two months.

Scotland Yard’s detective chief inspector Jason Tunn said: “We are determined to track down and prosecute cyber criminals who seek to defraud businesses and residents of London. Martin was not able to defeat the bank’s security systems, but instead chose to target his phishing activity at retail customers.”

The case illustrates the challenge facing banks. Even if their own systems are foolproof, the naivety of customers can expose the system to a breach.

Fraudsters are known to contact victims by phone, posing as bank staff – a variation known as vishing. There is also an approach via SMS text messages, called smishing.

PROFILE OF A FRAUDSTER 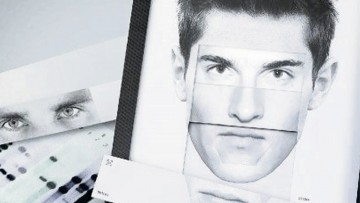 Is there such a thing as a typical fraudster? It would be convenient if there were. Security agencies and the police would be able to focus their efforts more sharply. Victims could be more wary.

“We’ve discovered there is an age range at which people become more susceptible to committing fraud,” says Mark Kenkre, head of fraud at law firm DWF, which specialises in complex fraud disputes. “They are in their mid-30s to mid-40s. They tend to be in a position of responsibility, with a degree of autonomy, as this gives them the chance to commit fraud. They have financial pressures. That age range therefore has the opportunity and the motivation.” 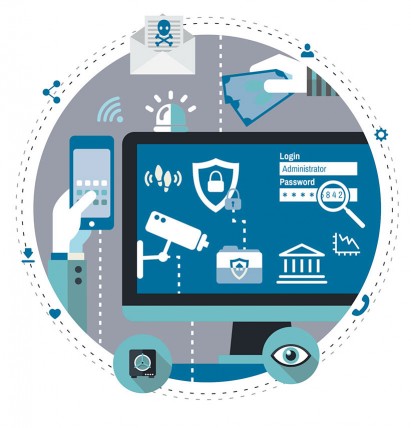 There is a gender factor. “In terms of our investigations over ten years, we’ve seen a male bias.” And a career factor, too. “Fraudsters tend to be in a position to procure services, so we find them more in finance and sales than other departments. They tend to have been with their company for a period of time, maybe five to ten years. They are embedded.”

Naturally, these trends are correlations, not guides. One curious detail is that white-collar criminals often don’t see themselves as malefactors. They bend rules or “borrow” funds with a view to repaying them quickly and then escalate from there. It’s rarely their fault, so they claim.

In Dishonest Dollars: The Dynamics of White-Collar Crime, Terry L. Leap charts the extraordinary refusal of office workers to admit wrongdoing, even to themselves. “Some perpetrators deny culpability even in the face of overwhelming evidence to the contrary,” he writes.

“The defence strategy during the trial of Kenneth Lay and Jeffrey Skilling was simply to deny that any wrongdoing occurred at Enron. Instead, their attorneys blamed the energy company’s fall on adverse newspaper reports, short-selling investors and a market panic that caused Enron shares to plummet. Even after a Houston jury convicted Lay and Skilling on a total of 26 federal conspiracy and fraud charges, both former CEOs steadfastly maintained their innocence.”