Unlike his predecessors, US President Donald Trump's background is neither in the military nor in politics, but in business - so how does this background affect the way he leads? 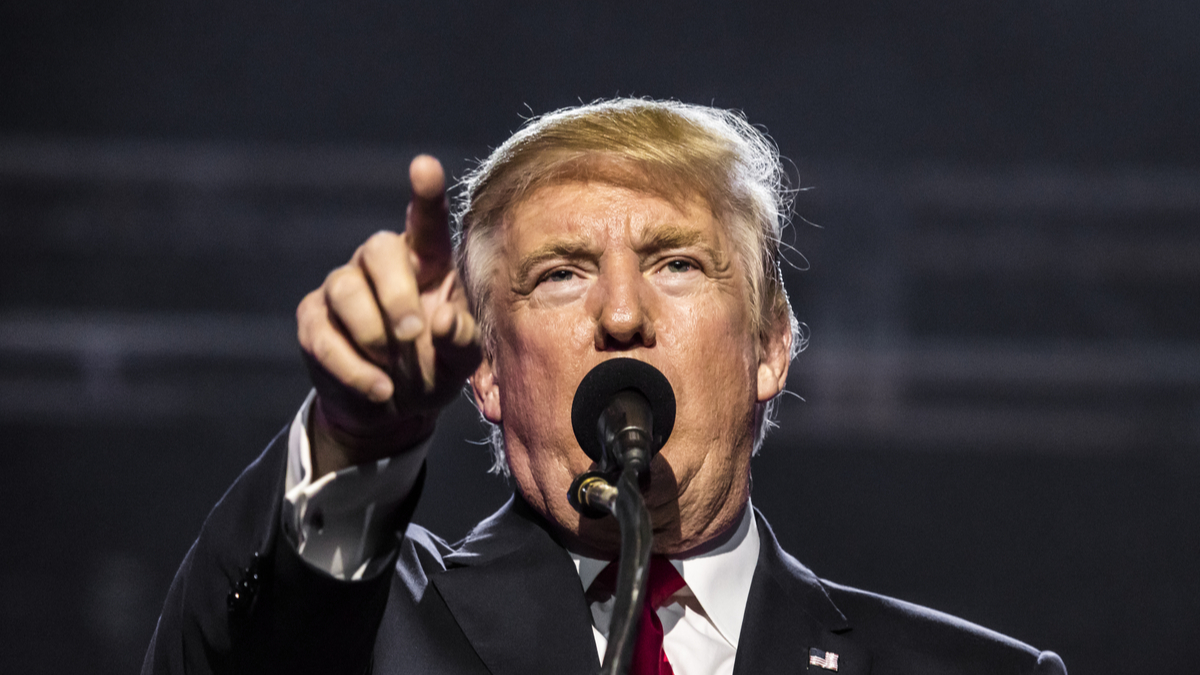 The 45th President of the United States is like no other incumbent of the Oval Office. Like him or not, it’s difficult to ignore Donald Trump. He dominates news headlines and creates a whirlwind of interest both in and out of America. There’s another reason why he’s unique - he’s the first US President with no prior political or military experience. Instead, Trump arrives in the White House as a businessman first and foremost and makes a lot of this background, using it to demonstrate why he’s different from the ‘swamp’ he has vowed to drain.

But what makes him tick? Now that we’re into the second year of a Trump Presidency, is there anything we’ve learned about his leadership style and what it means to have a businessman instead of a politician as the ‘leader of the free world’?

The usual rules of engagement - and language of politics - have certainly been ignored by the Trump Presidency. Rather than talk in spin or soundbites, Trump’s utterances have been tougher and more direct.

The US President has been engaged in high-profile spats with the likes of North Korean leader Kim Jong-un, London Mayor Sadiq Khan and Iranian President Hassan Rouhani during his time in office. The rows have often played out in public, with the President making his views known to his 53.3 million Twitter followers.

His tweets and spats spark headlines, but it’s important to realise that they don’t necessarily have the impact that you might think. Indeed, the dollar was strengthened after Trump’s ‘fire and fury’ and ‘nuclear button’ warnings to Kim Jong-un. Trump’s tough talk goes down well with his supporters and the markets and it’s a big part of the strongman image he cultivates. Some businesses thrive on a tough image - Trump certainly feels this is the case for USA PLC.

Politicians can learn a lot from businesses when it comes to getting across their messages. Successful businesses should have perfected the art of marketing, with campaigns based on clear, catchy slogans for their products – something which Trump has deployed effectively in the political sphere.

Indeed, Trump’s election success was built on the back of the ‘Make America Great Again’ slogan. Many of his voters, particularly those who don’t spend their days obsessing about the finer details of the news and policy making, connect with his simple speaking style. After all, his ‘customers’ weren’t necessarily academics or media types, they were the ‘average voter’. His speeches are often filled with short, memorable slogans that can easily be clipped into news items and social media snippets as a result. His language is also often confident and aspirational regardless of the subject matter – with words such as ‘winning’, ‘believe’ and ‘incredible’ often featuring in his speeches. He sells his politics how businesses sell their products.

Aggressive towards the media

Trump’s actions might well attract column inches but his relationship with the press is different. The Hill quite neatly describes this as a ‘dysfunctional symbiotic relationship’ in which both sides regularly attack one another. He held just one solo press conference in his first year in office – in contrast to eleven for Barack Obama – and tends to shun one-on-one interviews with most members of the press. He refuses to take questions from the likes of CNN – shunning the network at a press conference in the UK for example – and tends to stick to Fox, his favoured network.

By labelling some parts of the media ‘fake news’ he’s worked to discredit many mainstream outlets and has a standard defence ready for any criticism he faces. By using Twitter, he controls his own news output, and doesn’t allow the media to act as a gatekeeper. All of this helps to carefully control the message he gives out.

The most obvious area where Trump claims to lean on his business background is his approach to trade.

Trump, after all, sees himself as a deal-maker extraordinaire. From his book ‘The Art of the Deal’ through to his time as host of The Apprentice, he’s spent a long time creating an image as a tough, successful businessman before he even considered going into politics. This version of the American Dream – one that’s measured in bank balances and golden hotel towers – is another key part of his public image but it also explains his approach to trade.

Trump wants to tear up deals that were made by his predecessor and use the sort of aggressive business tactics he espouses to force other nations to agree to new deals. He prefers to deal with individual leaders – because he thinks that’s his best way to ‘cut a deal’ – and seems to prefer talks with individual nations too. This explains why he supports Brexit and dislikes the EU. If Trump sees trade in business terms then he wants to be the bigger business, negotiating with smaller partners over whom he has the upper hand. Tariffs and sanctions are the ways in which he chooses to threaten others to come around to his way of thinking.

Approaching trade as a businessman, engaging in a war of words with rivals, using simple and relentlessly positive language and hostility to the traditional media are all key traits for the Trump Presidency. Above all, they show that the normal rules used to judge a leader don’t apply to Trump and that his business background - or specifically his business background - is important when it comes to trying to understand him. We might not have ever seen a political leader like him in the past - but we’ve probably all seen business leaders like him.

It remains to be seen what results he gets from his unique approach to the office of President and how popular this style proves with voters when he’s forced to defend his record at the polls.