Customs-free ports are commonplace around the globe and have been around for centuries, but proposals to create them in the UK have drawn criticism in some areas 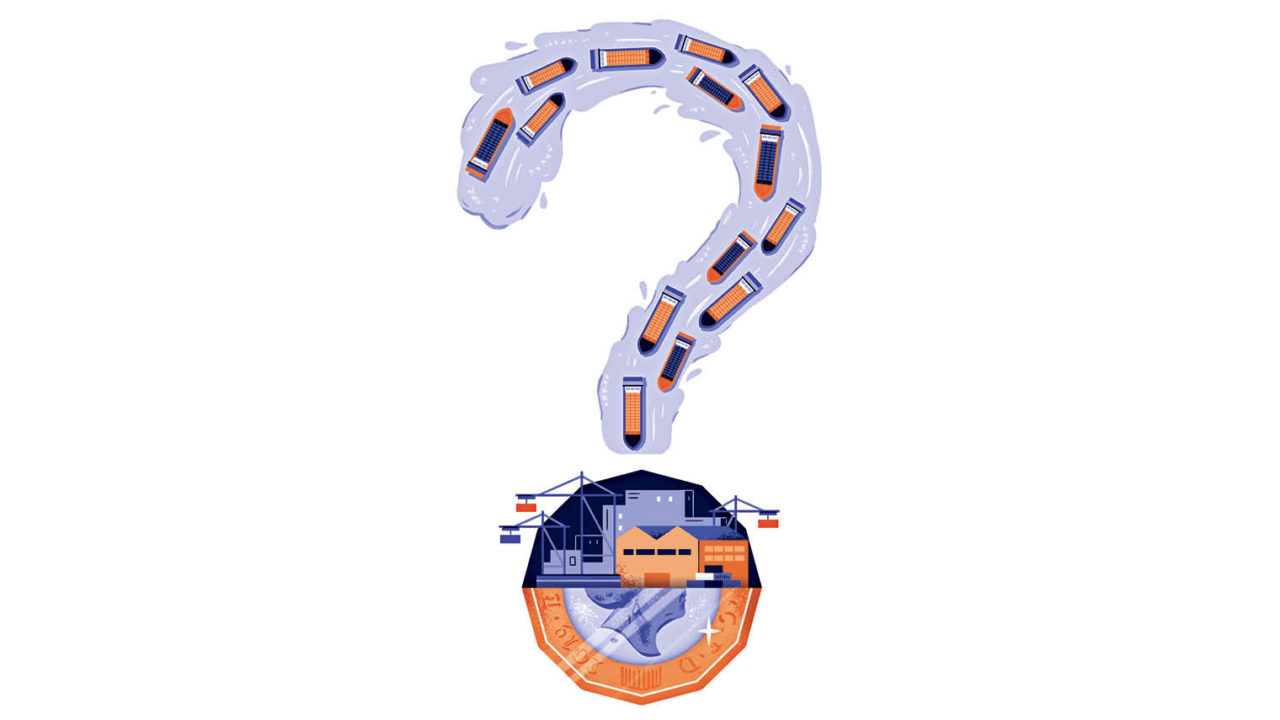 What is a free port?

Free ports are an area of a country where goods can be brought in customs free, stored, processed or manufactured and then re-exported, with no tariffs to pay until they enter the domestic economy or are shipped abroad. They usually also include incentives such as low taxes and lighter regulation.

They date back centuries: the Aegean port of Delos was designated a free port by the Romans; in Renaissance Italy, city states such as Genoa and Livorno created similar enclaves. Today there are free ports from Miami to Singapore. Among the best known is Dubai’s Jebel Ali, which hosts 7,000 global and local companies.

Would free ports work in the UK?

Boris Johnson’s plan to create up to ten free ports in the UK, inspired by similar customs-free zones around the world, to boost trade post-Brexit has had a mixed reception among economists and policy experts.

The government sees these free trade zones at ports and possibly airports as a way to take advantage of opportunities after Brexit, including trade with the United States and fast-growing Asian markets. Liz Truss, international trade secretary, says they will “onshore enterprise and manufacturing as the gateway to our future prosperity, creating thousands of jobs”.

Sceptics warn savings on customs duties for businesses will be modest and that some of the jobs created are likely to be displaced from elsewhere in the UK. Some see free ports as a distraction from maintaining frictionless trade with the European Union, the UK’s largest export market.

“Free ports are not a silver bullet; they are another tool in your arsenal to make you more internationally competitive,” says Ben Houchen, Conservative mayor of Tees Valley in north-east England, whose championing of free ports in the UK fired Mr Johnson’s enthusiasm. Teesport is one of four ports that have expressed interest in bidding, along with Port of Tyne, Milford Haven and London Gateway.

Free ports around the world

The World Bank cites reports that estimate the number of special economic zones, of which free ports are one example, at 4,300, though definitions differ and no exact census exists.

America has more than 250 foreign trade zones, fuelled by what is known as tax inversion, whereby parts can face a higher tariff than finished goods. Components are brought in tariff free and used to assemble products that are then subject only to the lower duty when exported to the US. There may be less scope for this in the UK.

The European Union has more than 80 free zones, narrower in scope than others because tax breaks are restricted by state aid rules. There were seven free ports in the UK at various points between 1984 and 2012, when legislation establishing them was not renewed.

Campaigners believe the second wave will have a better chance outside the EU customs union after Brexit. The UK would still have to abide by World Trade Organization rules, however, and could face anti-dumping or countervailing duties if tax breaks were too aggressive.

Tax and regulatory incentives seem likely to be similar to, or more generous than, those in enterprise zones of which the UK already has 61.

Mr Houchen hopes for enhanced capital allowances, reduced corporation tax and exemption from employer’s national insurance contributions. He believes a free port on Teesside, hit by closure of Redcar steelworks in 2015, could create 12,000 jobs on top of existing plans over 25 years. He is talking to manufacturing investors in offshore wind, metals processing, chemicals and automotive supply, all outside the UK, so there would be no job displacement.

Free ports are not a silver bullet; they are another tool in your arsenal to make you more internationally competitive

Peter Holmes, reader in economics at Sussex University and co-author of a report on free ports for the UK Trade Policy Observatory, is sceptical about economic benefits. “Free ports defer duty and, when duty rates and interest rates are very low, the actual benefit from a free port is tiny,” he says.

Dr Holmes acknowledges that tax and regulatory incentives could be more effective, but cites a report by the Centre for Cities think tank about recent enterprise zones. This found that total new jobs were only a quarter of those predicted by the Treasury and one-third were the result of displacement.

The EU has warned that free ports can facilitate money laundering and counterfeiting; some say this is more prevalent in emerging economies or in free ports specialising in art and luxuries.

Eamonn Butler, director of the Adam Smith Institute and a member of Ms Truss’s free ports advisory panel, argues that free ports generate employment in the tens of millions around the world and that could certainly help the UK. “They would bring business into the UK that is currently going to other places, even to other free ports such as Miami or Djibouti,” he says.

They are frequently cited as a regeneration measure, particularly in northern England, but Dr Butler says he does not see free ports in the UK as a job creation scheme for depressed areas. “That’s not what they are designed for and if you want to do that, there are other tools,” he says. Experts agree that success depends on quality of transport and skills, as well as lack of customs duties.

A 2016 report by Rishi Sunak, now chief treasury secretary, for the Centre for Policy Studies said free ports in the UK could create 86,000 net jobs, while a 2018 report by construction firm Mace talked of up to 150,000, forecasts seen by sceptics as over-optimistic.

Dr Butler concludes: “All we can do is to look at other places and say where they got it right; they do seem to be generating a good deal of trade and prosperity.”