A number of innovative small business aircraft are on the drawing board, but the future of these projects depends on investors and their propensity for risk 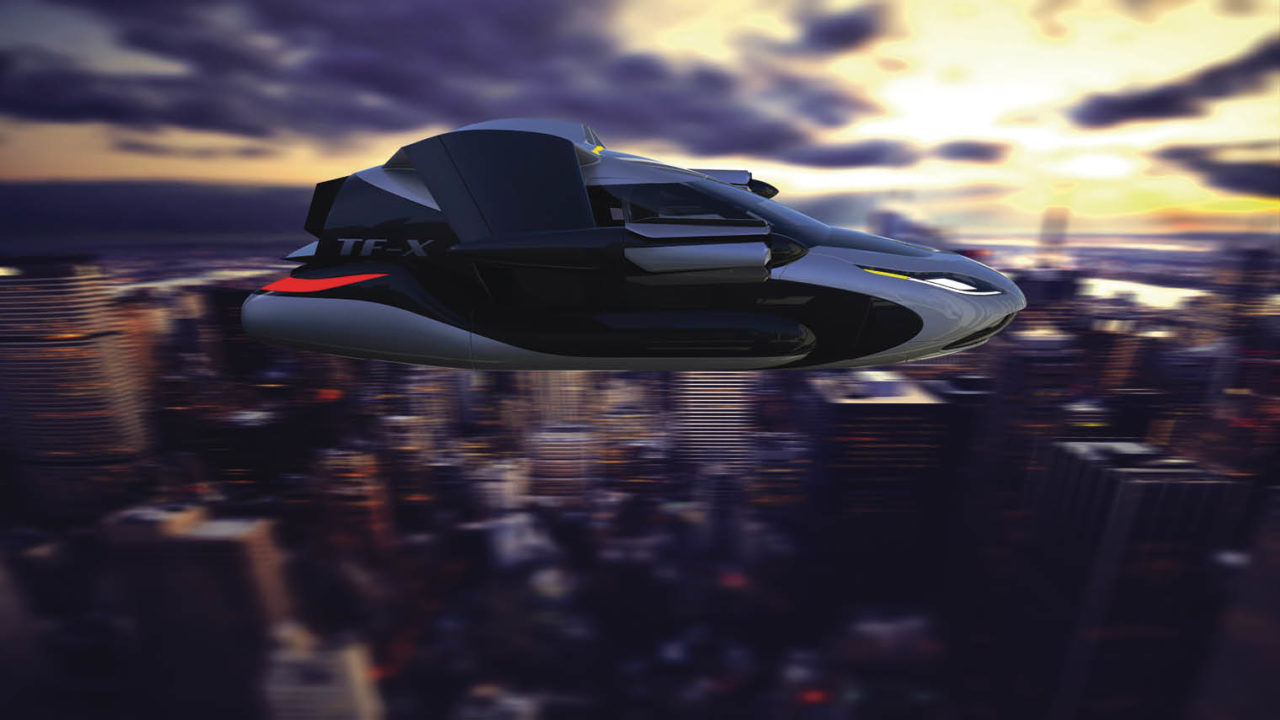 We’re on the cusp of the genesis of a new category of business travel, the ultra-short-haul market. Urban congestion is driving innovators to reach for the stars or at least as high as the layer of underutilised airspace sandwiched between the rooftops and the altitude beneath commercial airline traffic.

The premise is that to alleviate gridlocked city traffic there’s going to be a growing need for on-demand airborne vehicles so business travellers can get around quickly, summoning a ride with a tap on their smartphones.

Flying taxis will take off and land vertically from skyports dotted around town, on top of office buildings and at publicly accessible spaces. Sure, helicopters have been around for decades, but they’re noisy, pricey and devour tons of fossil fuel. What’s about to take off promises to transform the economics of urban business travel while ticking the environmental boxes too.

There are more than 40 smallish vertical take-off and landing aircraft, most of them electrically powered, known as eVTOLs, at various stages of development. Some are the progeny of major aircraft makers. Airbus, for example, has been designing and testing flying taxi prototypes including its self-piloted, or autonomous, Vahana and the four-seater CityAirbus.

But most of what’s happening in this innovative skyscape is outside the conventional aircraft manufacturing hubs. The startling thing is that you no longer need to be an established planemaker to develop urban flying taxis. What you do need, however, are investors.

“From an investor’s perspective, I can offer what we’re experiencing in XTI. This is mainly a realisation that things are indeed changing in aviation – that barriers to entry are coming down,” says Robert LaBelle, chief executive of XTI Aircraft Company. The firm is bringing to market the Tri-Fan 600, the world’s first hybrid-electric commercial VTOL aircraft, which will have a 670-nautical-mile range and travel at 300 knots, with capacity for a pilot and five passengers.

“Advancements in electric motors, generators, controllers, batteries and other components that facilitate new propulsion systems preclude the need to develop bespoke machinery, which then must be certified,” says Mr LaBelle. This results in a faster, less expensive path to new aircraft design and production claims.

“With so many new companies cropping up to validate this fact, smart investors are seeking opportunity to get in early and place bets on the ones they believe have the best overall chance of success,” he says. XTI has taken deposits for 60 early production aircraft and expects to have at least 200 orders by the time production begins.

The major competitors in the flying taxis space

Other contenders in this space include Terrafugia with its TF-X plug-in hybrid electric flying car with semi-autonomous flight, and the TF-2 with detachable passenger and cargo pods. Terrafugia was set up by five award-winning Massachusetts Institute of Technology graduates in 2006 and generated much media attention when it was acquired last November by Zhejiang Geely Holding Group, owners of Volvo Cars and also the London Taxi Company.

Another challenger in the eVTOL arena is Germany’s Lilium, whose five-seat Lilium Jet promises to “bring low-cost air travel to a mass audience at a price comparable to ground transport”. The company claims its aircraft will make the 19km hop from Manhattan to JFK Airport in as little as five minutes.

Lilium hit the headlines with the announcement last September of a $90-million Series B funding round. One of its investors, Atomico’s chief executive Niklas Zennström, says: “With this latest investment round, Lilium has the capital and resources to speed ahead with the development of a commercially successful commuter aircraft that will transform the way we travel.”

Investor appetite for vertical eVTOLs is being turbocharged by a specific initiative from urban mobility’s biggest disruptor, Uber.

The summit follows Uber’s Elevate report, published in October 2016, which set out a blueprint for an on-demand urban mobility ecosystem, outlining the market feasibility, certification processes, technologies, air traffic control, safety and environmental criteria – just some of the challenges ahead. It has certainly captured investors’ attention, but will they jump aboard?

According to Uber, in the last year “over $1 billion of private sector investment has already been made in the on-demand aviation ecosystem, supporting several high-profile VTOL fundraising events and aerospace M&A activity”.

But with dozens of eVTOL startups competing for the attention of speculators, how much of an expert do prospectors need to be when the technology is so nascent? Do investors need a doctorate in aeronautical design or autonomous control systems before they have the confidence to reach into their pockets?

At the Uber summit’s panel session on investment opportunities in urban air mobility, a cadre of investment dragons from the worlds of global private equity, venture capital and institutional investment pondered this and other conundrums.

“The questions are what is the operational cost of the vehicle? Does it fit a mission profile that makes sense? How do you intend to build it and service it? What’s the regulatory landscape and why are people trying to build these vehicles?” says Maryanna Saenko, venture investor at Draper Fisher Jurvetson.

Ms Saenko says investors really want to work with teams where you can understand their form of logic and how they’re going to work through future issues. “One of the frustrations I have is not that there’s an expectation that whatever model a startup company presents has all the correct numbers, it’s what are the assumptions and therefore can I follow your sense of rationale,” she says.

Another expert on the summit’s panel believes on-demand ultra-short-haul flights are a logical progression in the evolution of urban business travel. “We believe in the sharing economy and the development of dense transportation networks that will include eVTOL technology, so we’re a huge believer behind the macro-trend that drives this ecosystem,” says Michael Ronen, managing partner at Softbank Investment Advisers.

Until recently, flying taxis might have seemed like the stuff of science fiction. But as long as getting across town becomes more burdensome, and with investors entranced by the prospect of being early to market in backing the right bits of the eVTOL ecosystem, the skylines of our cities could soon look very different.

With only Uber currently nurturing the evolution of electric vertical take-off and landing aircraft (eVTOLs), the question is where in the world will all this come to fruition? Eyeballs are focused on the United States, but despite its heritage in aircraft manufacturing as well as being home to Silicon Valley, which is the hub of many of the prerequisite technologies of eVTOLs such as batteries, artificial intelligence, automation and robotics, actual deployment of flying taxis might occur elsewhere. Adam Twidell, chief executive of private charter flight-booking service PrivateFly, believes urban business travel in eVTOLs might first materialise outside America and Europe. “Places like Brazil need it more and their appetite for innovation is greater. São Paulo is one of the busiest cities in the world with terrible traffic. Anyone with a C-level job travels to work by helicopter and lands on the roof of the building because it just takes too long by road,” he says. “The scalability and size of the ultra-short-haul market is so significant that investors are using that as their reasoning to invest.” Another factor, says Mr Twidell, is the allure of aviation itself: “Investors have a template they use when looking at any proposition – market size, scalability and so on – but there’s an ‘X factor’ brought in with aviation that gets everybody’s attention. Aviation adds sex appeal that investors will add into the mix during their decision to invest.” The formula seems to be working. During May’s Uber Elevate Summit, Brazilian planemaker Embraer, famous for its regional and business jets, announced the set-up of Embraer X, which will see the manufacturer collaborating with Uber on its own eVTOL concept. “We’re developing solutions to bring on-demand air transportation to urban areas to improve quality of life for millions of people. Our collaboration with key stakeholders will accelerate the arrival of this new ecosystem,” says Antonio Campello, president and chief executive of Embraer X.