As infrastructure projects promise to increase connections between distant regions in the UK, rolling out London’s account-based ticketing system nationwide could be a boon for domestic business travel 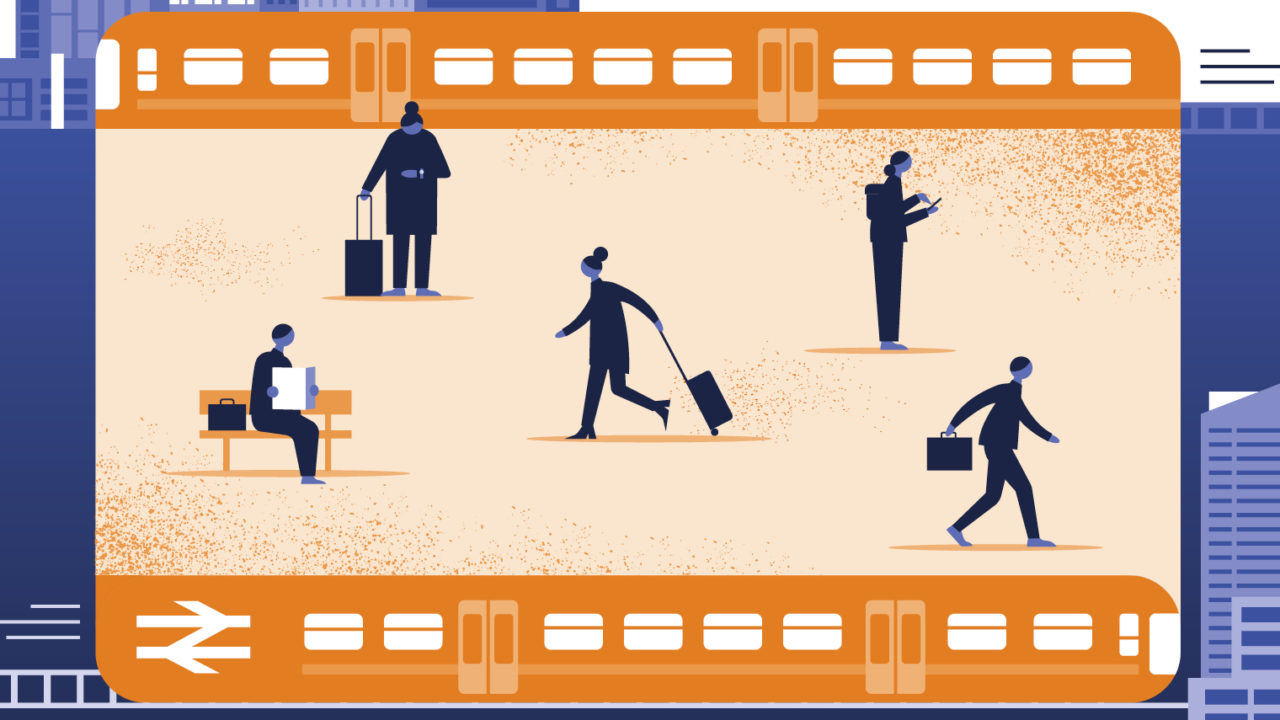 London may still be the epicentre of UK business, however ambitious infrastructure plans are advancing to generate industry outside the capital, making a more connected Britain for business travellers.

In the north, Aberdeen and Edinburgh airports are in the midst of expansions which will enable them to accommodate a combined four million extra passengers. Bristol, Newcastle and Cardiff are among the tens of other regional airports also with growth plans.

The £56-billion HS2 rail development is set to connect Birmingham, and eventually Manchester and Leeds, with London via high-speed trains. Supporters say the new rail lines will reduce the need for high-carbon, short-haul air travel and free up room on the UK’s existing railways that can be used for more freight and, therefore, more trade.

The idea is that you, in effect, become the ticket; you can seamlessly travel between different modes of transport

In another boost to business beyond London, the proposed £39-billion Northern Powerhouse rail scheme, dubbed Crossrail for the North, is hoped to make commuting times between northern cities, including Liverpool, Sheffield and Newcastle, comparable with journey times across Greater London.

In short, rather than focusing on bolstering London’s infrastructure and commerce capabilities, the UK’s other towns and cities are planning to become better connected to each other. So, what does this mean for business travellers?

From a practical perspective, as more business trips are undertaken and at more unpredictable times, the introduction of new routes will only make the UK’s existing infrastructure problems more pronounced, according to Robert Nisbet, regional director of rail industry membership body, the Rail Delivery Group.

For business travellers, the UK’s rail system is still running “on a fare system based around the idea of a season ticket”, says Mr Nisbet. Businesses and individuals are asked to stump up hundreds or thousands of pounds upfront for their monthly or yearly travel for each mode of transport. Fares for different kinds of public transport, buses, rail and air, for example, are not capped or integrated with each other. This siloed system was designed for people travelling five days a week, working nine to five. “People do not travel like that anymore,” he says.

By contrast, in London a business traveller can get to work by bus, then jump on a tube to a meeting, before taking a late-night train home, all tracked and paid for via a capped electronic or ticketed payment. The capital offers its commuters a fully integrated network with transparency over routes and pricing, something national public transport networks are not currently set up to provide, says Mr Nisbet.

The Rail Delivery Group is proposing reforms to see London’s account-based ticketing concept spread nationwide. He says: “The idea is that you, in effect, become the ticket; you can seamlessly travel between different modes of transport.”

Such a move would require the dismantling of a national rail fares system that was created in the 1990s. “Successive governments have shied away from it because it is thorny. There will be winners and there will be losers when you tear apart a fare system and build it back up again,” says Mr Nisbet.

However, given increasing calls for flexible shifts and working from home, why are multi-billion-pound investments in physical infrastructure to drive business travel still needed? The numbers of workers staying at home, rather than commuting Monday to Friday, is rising. Union umbrella organisation the Trades Union Congress reports 373,000 more employees working from home in 2019 than in 2009, a jump of 27 per cent.

But at present, just 6 per cent of UK homes and businesses have access to full-fibre broadband, impinging on the ability to perform and deliver work online at speed. Incoming prime minister Boris Johnson, like his fellow Conservative Party leadership contender Jeremy Hunt, promised to achieve blanket UK full-fibre coverage by 2025 and 2027, respectively.

Even if all homes and offices are equipped with lightning-fast internet access, there is still an expectation that employees will be available to conduct business in person, says Dr Rachel Lewis, associate professor of occupational and business psychology at Kingston Business School.

“I think if we looked at this ten years ago, there would’ve been an expectation that UK business travel would massively go down because of digital technologies. Whereas, in fact, data shows business travel is actually at the same level, and increasing, than it has been in previous years,” she says.

The rise of flexible working hours, growing numbers of freelancers and increased demands for part-time contracts has simply changed travel patterns, rather than reduced the number of travellers on public transport. “That’s because there is still high value placed in doing business in person,” says Dr Lewis. Companies she works with are “still talking about the necessity of closing deals face to face”.

What is the future for business travellers?

So, the approach of a fast, integrated national travel network sounds like a boon for businesses up and down the country. But she wonders what the impact will be on business travellers themselves.

“With the rise of digitally enabled transport – wifi on trains and increasingly on planes, and in the future driverless cars – all those things are enabling us to continue to work,” says Dr Lewis. “The time between meetings is now used not for recovery, or thinking, but for further work. Breaks are being eroded.”

As both digital and physical infrastructure improvements bring UK businesses closer together, travellers are increasingly expected to perform in two places at once, the office and on-site elsewhere. “What we are finding now is that when people are travelling for business, they are essentially doing two jobs,” she says. It seems business travellers can anticipate more work in the future, not less.