Some have called China’s One Belt, One Road initiative the greatest project management show on Earth and, although still in the early stages, it could be a goldmine for UK plc

The first direct freight train carrying goods to the world’s second largest economy went largely unnoticed, however it was significant. This new rail route is the prelude to a massive infrastructure project spearheaded by the Beijing government, the so-called One Belt, One Road (OBOR) initiative.

The plan focuses on developing trade corridors and transport links, bringing Europe, Asia and Africa closer together. In recent years the scheme has grown to cover more than 65 countries. It’s a vast management project, on the scale of the US Marshall Plan after the Second World War, and is also China’s way of exporting its surpluses, from steel to machinery, while enhancing economic ties.

“China sees the re-emergence of the traditional trade routes linking Asia to Europe as a fundamental part of the next stage of its development,” explains David Martin, director of the China-Britain Business Council. “This region accounts for 60 per cent of the world’s population, yet only a third of global wealth, and that is where the commercial opportunity arises from.”

The scope of the initiative is breathtaking. To make it work, the project will need an annual infrastructure investment of $1.7 trillion until 2030, according to a report by the Asian Development Bank. Last year Chinese companies closed deals worth $126 billion as part of the plan and just recently the president Xi Jinping pledged another $124 billion.

“There are huge opportunities for project management firms to get involved in ports, roads, rail schemes, water, energy and wastewater projects. The OBOR will be a powerful catalyst for getting schemes off the ground,” says James Kenny, head of global affairs at Arup.

China’s policy banks and funds are now in place to support the project, including the Asian Infrastructure Investment Bank and the Silk Road Fund, backed by $100 billion and $40 billion respectively. With such financial clout, it’s unsurprising this initiative is attracting much interest globally. 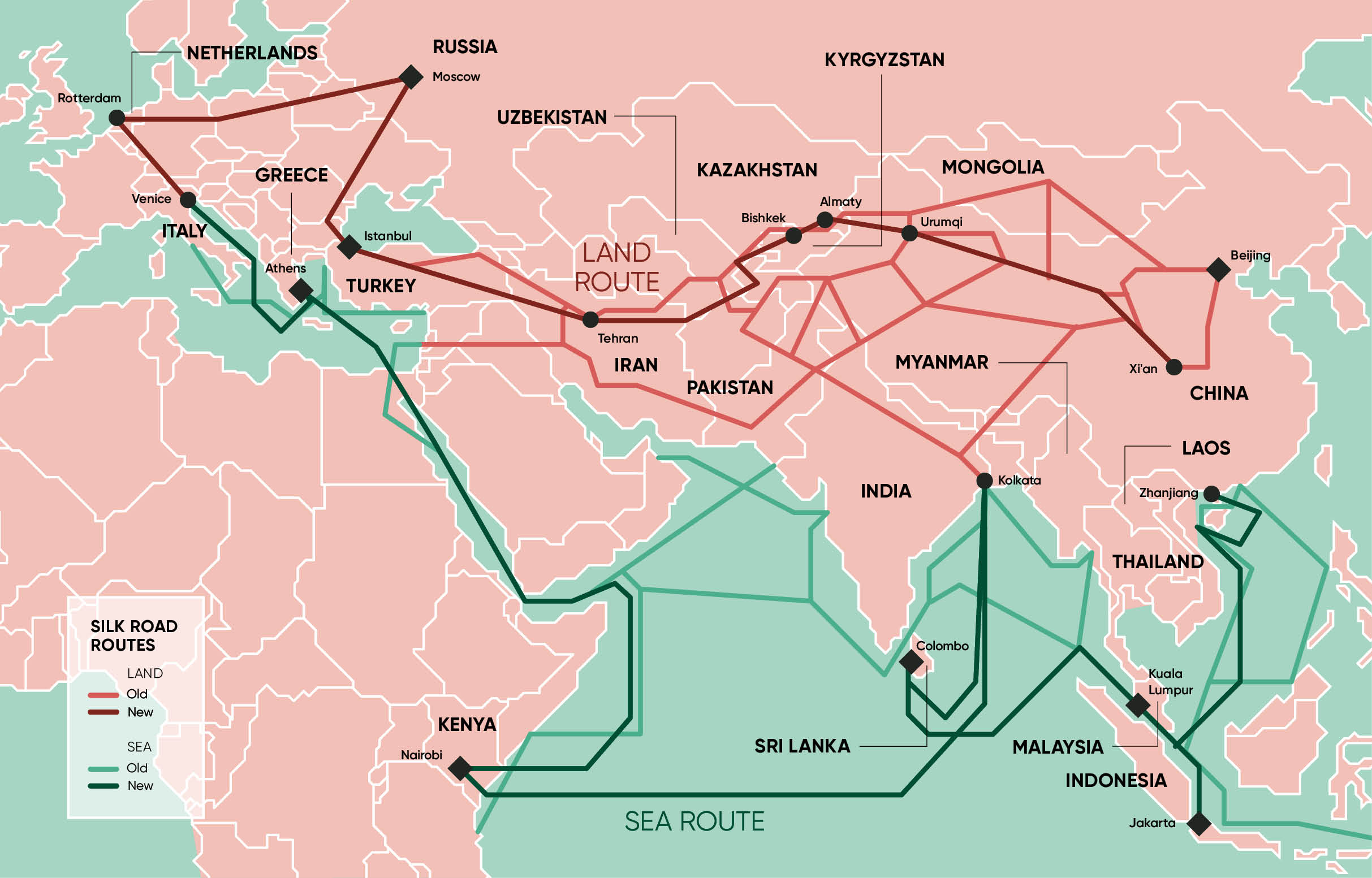 Opportunities for the UK

Some believe the UK has a compelling proposition for project management in many of the countries where China is investing, from Pakistan to Kenya, Bangladesh to Malaysia, with strengths in engineering, professional services, consulting and law. Historical and cultural ties with many of these countries help.

“Markets on the Belt and Road routes are looking for western, gold-standard, kite marks of approval to encourage private sector investment in infrastructure projects, and the UK’s proposition is compelling in this area,” says David Sayer, chairman of high-growth markets at KPMG.

After breakneck growth and expansion at home, Chinese companies are now bringing capabilities to projects beyond their borders, but often they’re entering unfamiliar and challenging business and geographical environments.

“This is a scenario that plays well to the expertise of UK firms with their global reach and history of success around the world,” says Mr Martin. “There are already powerful partnerships between British and Chinese companies, playing to their unique strengths, partnering in third markets along the route.”

Many projects are at the early stage of development where finance and feasibility phases come into play. But it won’t be long before they need boots on the ground.

“There is a huge amount of work coming down the pipeline. The tough part will be preparing for the scale, scope and, arguably most challenging, the sheer speed of execution that will be expected,” says Mr Kenny.

“The ambition of this initiative is tremendous and when it gets going you can expect the pace of progress to be just as challenging. Given that, it will be important to build a reputation as a trustworthy partner along the way as well.”

Not all people involved in this space are gung-ho about the project. Many potential partners in the UK and Europe have called for more transparency when it comes to awarding Belt and Road projects. They want equal access alongside their Chinese counterparts.

“Sustainable and green infrastructure is also an absolute imperative with an initiative of this size, otherwise it could lead to unimaginable environmental impact on an unprecedented scale,” says Mr Sayer.

There are now concerns about third-party countries taking on too much debt to fund the mega-projects China has in mind, and whether they will create real opportunities for local suppliers of materials, labour and project managers, or is this just an exclusive Chinese club made up of the long arm of the Beijing government, state-sponsored enterprises and favoured private companies?

Certainly, One Belt, One Road is an initiative that project managers around the world will ignore at their peril.