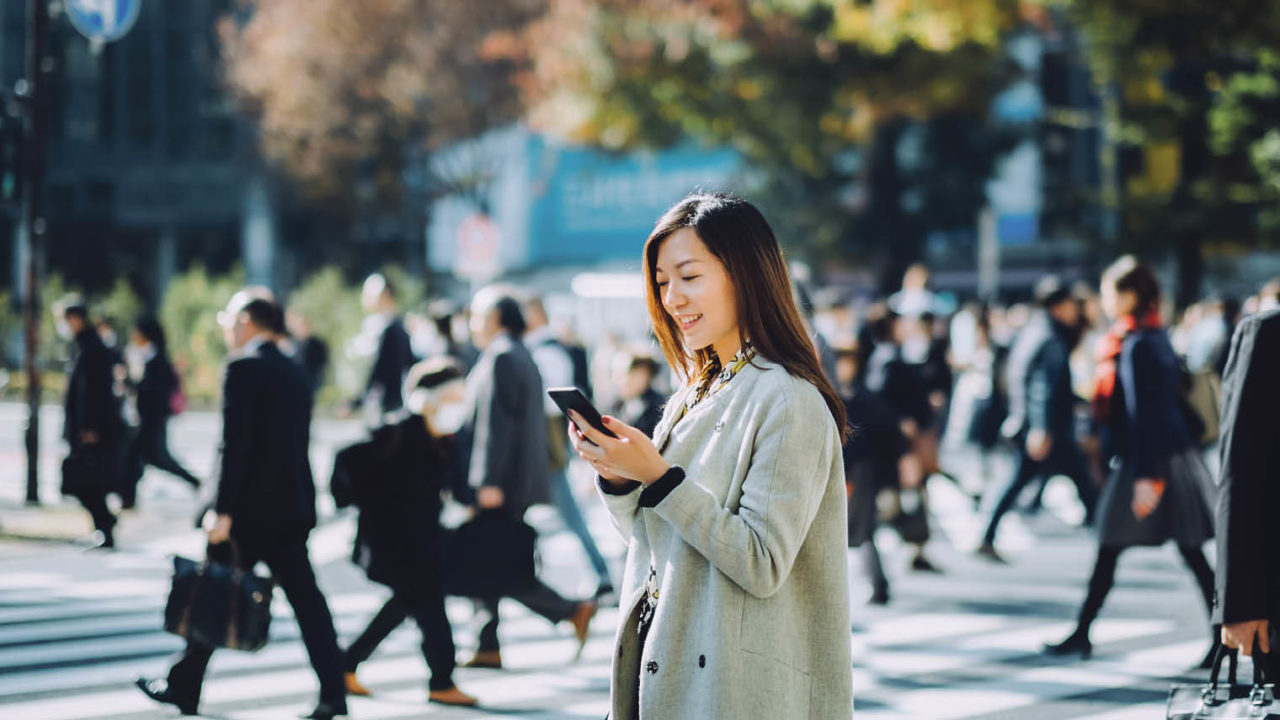 In the year that Stanley Kubrick’s film 2001: A Space Odyssey turns 50, you could be forgiven for asking where is the space-age future we were promised?

Many still choose to travel to meetings in favour of using videophones and we don’t have a permanent colony on the Moon, let alone Jupiter. Teleconferencing technology is improving though as just a few weeks ago Canadian researchers unveiled the TeleHuman 2, a 3D holographic projection system that smacks of the Star Trek holodeck.

The system is based on a ring of intelligent projectors mounted above and around a reflective, human-sized cylindrical pod. The display projects a light field composed of many images, one for every degree of angle, so users need not wear a headset or 3D glasses to see each other.

The reality is personal encounters work, although they are increasingly being arranged by chatbots

Yet the reality is personal encounters work, although they are increasingly being arranged by chatbots. Research published in the Journal of Experimental Social Psychology shows that face-to-face meetings are 34 times more likely to elicit a desired response than an email.

It is for this reason that business travel is booming. A 2017 report by the World Travel and Tourism Council, and Travelport, Maximising Opportunities for Business Travel Growth, forecasts global business travel to grow by 3.7 per cent a year until 2027.

However, what is emerging now and will become more prevalent in the future is a generation of business travellers who want to do things differently.

Business travellers more connected than ever

The smartphone has achieved near-universal penetration and the world is far more connected than ever. Business travellers used to be out of office and out of reach for days in the past, but now the world is their office.

Gordon Wilson, chief executive of traveltech company Travelport, says: “Technology is changing every aspect of how people travel. We are now part of an ‘experience culture’ that did not exist five years ago, with a constant flow of new emerging technologies, including wearable devices, mobile payment solutions, virtual reality, augmented reality (AR) and artificial intelligence (AI). The ever-connected digital consumer now expects a travel experience that is immediate, seamless, personal, reliable and engaging.”

The business traveller is far more likely to be making their own bookings and changes to itineraries themselves, either on their laptop or increasingly on their smartphone via a dedicated app, rather than relying on a personal assistant back at the office.

One interesting upshot is that travellers expect the same sort of personalised service they have come to expect from consumer apps such as Amazon.

According to a survey of 1,500 travellers from 20 countries by technology company Sabre, 44 per cent of travellers in Europe feel happy sharing their information to access more personalised services. European travellers told the company they were looking for extra leg room or preferred seating, cabin upgrades and personalised on-board food.

“The millennial traveller wants only the information that is relevant and contextual to their situation and needs [to be shared], and the travel technology companies are placing significant bets on developments such as AI, AR, chatbots and blockchain,” says Scott Davies, chief executive of the Institute of Travel Management, which represents 3,500 corporate buyers of business travel.

“The explosion of data around business travel means that individuals are as concerned about their data safety as they are their physical safety, but progress in deploying big data to enhance the travel experience is quickening.”

This personalised service may well be delivered by a bot in the future. A survey by market research company ORC International found that millennials are far more aware of chatbot technology and are more than three times more likely to be positive about the idea of using the technology compared with older generations. It also found that two out of five millennials believe chatbots give better service than humans, double the number of older people who do.

Meet Sam: the chatbot who can anticipate your travel needs

Last year, travel management company FCM, the corporate arm of Flight Centre group, launched Sam, a chatbot developed in-house. The company’s chief technology officer Michel Rouse says: “FCM’s whole philosophy around the development of Sam was the need to support business travellers and give them an enjoyable experience on the move, making the whole process of business travel as stress free as possible.”

Sam can research and book flights and hotels, offer driving directions, visa advice, local city and country information as well as local weather and restaurant suggestions. The AI behind the chatbot means that Sam becomes better at anticipating the traveller’s needs, the more it is used.

ITM’s Scott Davies says organisations are asking more of their employees than ever in terms of productivity and many are placing increased emphasis on optimising the traveller experience to mitigate this.

“In industries like professional services, where competition for talent is extreme, there is evidence that some firms are seeing the quality of their travel programmes as a differentiator and an opportunity to engage better with their people,” he says.

But there is still demand for human delivery of good service. The Sabre traveller survey found that one third of people in Europe felt it was important to be able to speak with a real person when planning and booking travel.

Andy Hampshaw, group strategy director for The Appointment Group, a travel management company specialising in high-end sectors, such as music touring and hedge funds, says: “We have been expecting for some time to start seeing an increasing switch by our clients from offline to online, however we find that travellers still like to pick up the phone. We put this down to the fact that many people still value informed opinion, particularly in these days of increased travel risk management.”