With car-sharing gaining traction, carmakers are moving towards a different business model, while also developing a brand of electric vehicles 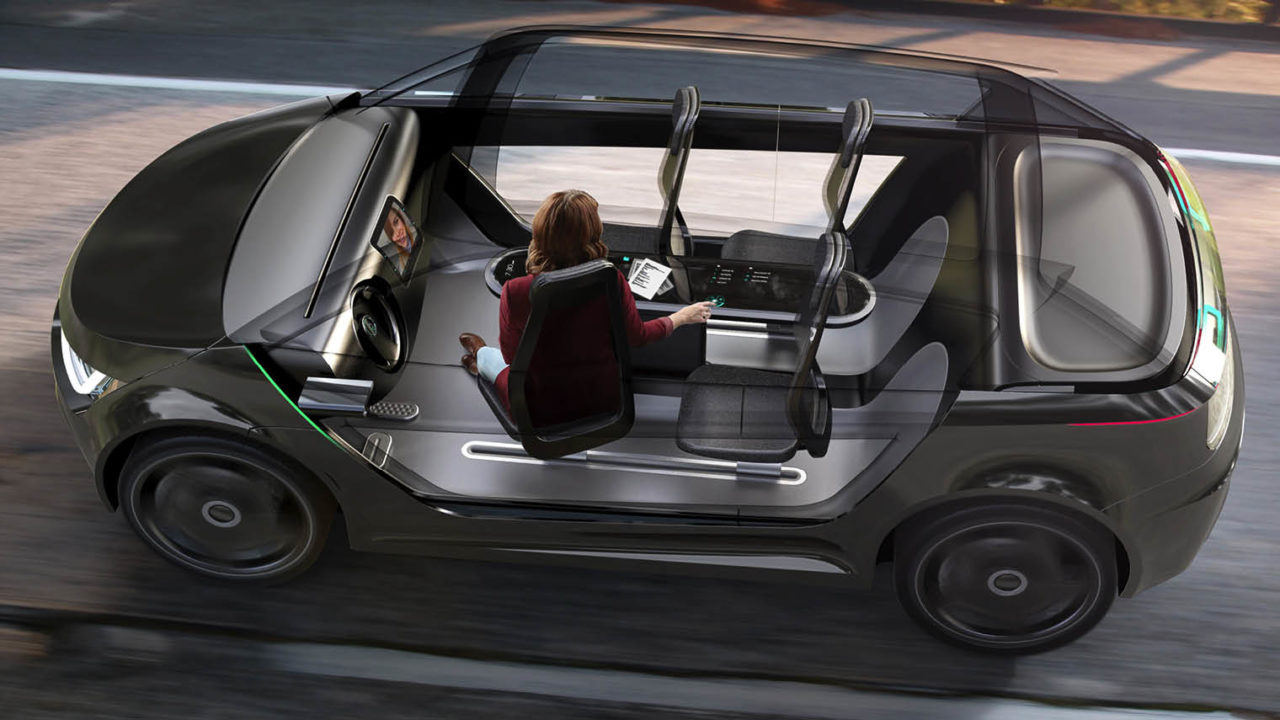 It is September 2035. You have to travel from your London home-pod to a 9.30am summit in St Andrews, the home of golf, 30 miles northeast of Edinburgh. You command your smart alarm clock, which has woken you up at 7am, to have a driverless Mercedes-Benz F105 ready to zoom you to St Pancras International at 7.30am.

After catching the 8am Virgin Hyperloop One to Edinburgh – the 414-mile journey takes just 50 minutes – another of those autonomous cars, an IDEO WOW Pod, ordered on your smart watch, is waiting to speed you and three other people, who happen to be sharing the ride, to the meeting. You make use of the mixed reality visor and dial into a briefing conference. The car even has some golf clubs in the front boot, as requested, in case you have time to hit The Old Course.

This may seem far fetched, but as soon as fully autonomous cars are given the green light to drive on our roads – Jensen Huang, chief executive of California-headquartered chipmaker NVIDIA, recently predicted this will happen by 2022 – then it will take no time to accelerate beyond that reality.

The promise of productive, cheap, stress and accident-free journeys is hugely appealing. Industry experts forecast that by 2060 around three quarters of the vehicles on our roads will be fully autonomous.

Forward-thinking car manufacturers are revving up for a huge pivot, realising that as-a-service (aaS) models will render their existing business redundant.

Fiona Falcone, UK head of automotive at Accenture, warns: “The values that traditional car brands once held dear are becoming less relevant. Certain car brands were sought after as a status symbol, because it represented freedom, wealth and success.

“With ownership declining, these types of brand values are less important to consumers. Today, these are more likely to be represented by a smartphone or bitcoin. Younger brands have swooped in and are speaking to the new generation of drivers.”

Duncan Baizley, senior editor at trends forecaster WGSN Insight, points out that a 2017 study by the Trades Union Congress revealed the average worker in London currently loses more than 30 days a year commuting. “The biggest potential impact for automotive aaS models will be on our everyday commute,” he says.

“Concepts like IDEO’s WOW Pod and Mercedes-Benz’s F105 are driverless, connected workspaces,” he says. “And although Tesla dominates the electric vehicle (EV) space, I expect Apple to start making serious moves in the next few years.” 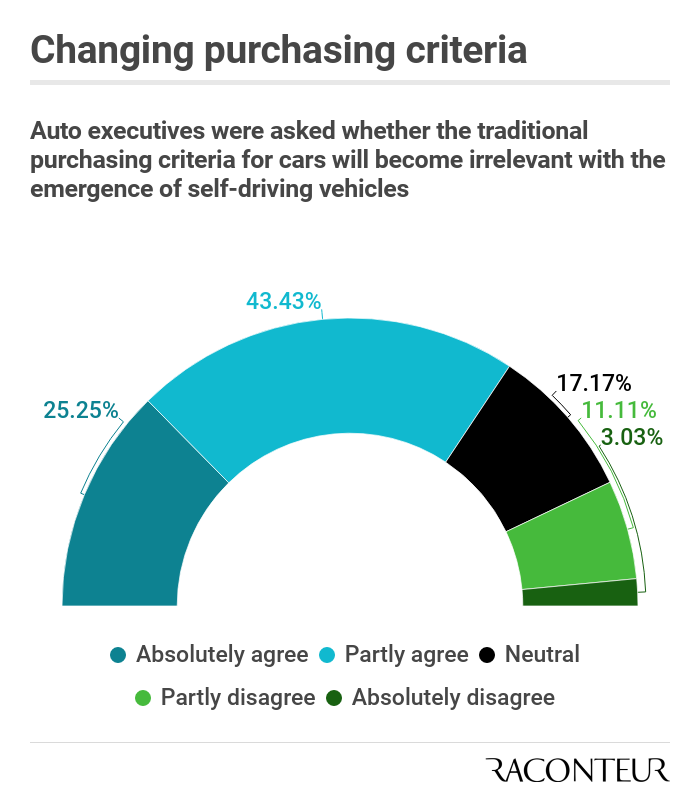 In August the tech giant rehired Doug Field, recently Tesla’s senior vice president of engineering for its EV project, Titan. “This suggests that it is still very serious about creating autonomous hardware, as well as software,” says Mr Baizley. He can see Apple adopting a similar strategy to Daimler’s Car2Go and BMW’s DriveNow car-sharing services, especially from a data perspective.

“There is an enormous potential market for responsive travel information and services, particularly in congested urban areas, and Apple has both the product design and data management expertise to challenge, and stand out, in this increasingly competitive space,” he says.

“I can also see an Apple autonomous car being very much a brand experience, one that sells you its goods and services as you enjoy a stress-free ride in its highly desirable, fully connected cabin.”

Pressing the pedal to the floor, Tom Rivers, vice president of global marketing at connected car technology organisation Harman, goes as far as to say: “Connectivity will have a more dramatic effect on cars than any other automotive technology in the last century. Car brands will therefore have to develop their brand positioning to encompass this new autonomous experience and have the chance to be more relevant.

“Today a car manufacturer might promote its car through its driving attributes: handling and steering feel. With autonomy, that in-car experience will be much broader and automotive marketers will shift their messaging to promote the wider ‘riding’ experience.

“We spend so much time in the car and do so much in there – for example, we know it’s the preferred place to listen to music – it’s not surprising that brands such as Apple and Google want to be part of this space.”

Last year, Intel calculated that $200 billion of revenue could be generated from rising consumer use of new innovative applications and services that will emerge with autonomous cars. It also claimed that autonomy could free more than 250 million hours a year of commuting time in the world’s most congested cities.

To take advantage, high-profile collaborations will become the norm between carmakers and service brands, Mr Rivers believes. In January, for example, Toyota unveiled a self-driving vehicle involving partners such as Amazon, Uber and Pizza Hut. “It’s clear that the world is changing very rapidly and it is too broad for any one organisation to monopolise,” he says. “That’s why there are many more partnerships and acquisitions in the industry.”

If car brands don’t speak to the driver of the future and evolve their role to fit with the new world of mobility, they run the risk of being blank carriers of other people’s success

Offering a final tip, Accenture’s Ms Falcone says: “Vehicle brands need to be careful not to let hubris lead them into the same trap that the large telcos have found themselves in; once the cool kids of connectivity, they were soon challenged by the manufacturers and software developers taking their audience’s attention. They became invisible plumbing.

“Car brands are in the same danger, if they don’t speak to the driver of the future and evolve their role to fit with the new world of mobility, they run the risk of being blank carriers of other people’s success.”