After decades of false starts, systems based on artificial intelligence, defined as software capable of pattern recognition, fuzzy logic and cognitive learning, are proving their worth in several sectors… 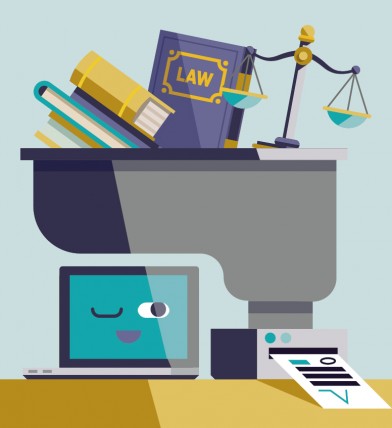 A major chore of obtaining planning permission for a new development is dealing with neighbouring properties’ “right to light”. This involves obtaining and examining the title deeds of all properties likely to be affected and drafting standard notification letters. A city-centre development might require the examination of hundreds of title deeds. Traditional law firms give this routine and repetitive work to trainees or paralegals. However, it is exactly the sort of work that lends itself to artificial intelligence or AI-based automation.

One law firm to have taken this step is international city lawyers BLP. Its business case for AI was based on the fact that capturing relevant details of a property from a Land Registry title deed and entering them into a system takes an average of 15 minutes to do by hand. Processing automatically takes seconds. Equally important it produces consistent results.

Such automation of the traditional grunt work of lawyering is going on throughout the legal sector. Several major firms already employ e-discovery systems to sift through documents, e-mails and other records to identify material that might be relevant to a piece of litigation. Simon Price, managing director of specialist IT supplier Recommind, says e-discovery can save 95 per cent of “lawyer time” in preparing for a case and generate consistency.

Another proven application for AI in law is to screen claims for personal injury damages for signs of fraudulent behaviour. Leading insurance firm DWF already does this with big data analytics. The system maps connections between different factors in claims and gives each one a score between one and ten to indicate how much or little input from a human lawyer the case is likely to need.

AI is not only changing practice within law firms, it is opening access to the law as systems become available that can reliably draft documents, such as tenancy and employment contracts, to suit individual circumstances. In their new book The Future of the Professions, legal futurologists Richard and Daniel Susskind predict that document assembly systems originally developed for lawyers will increasingly become accessible to lay users who need to draw up legal contracts on hand-held computers. 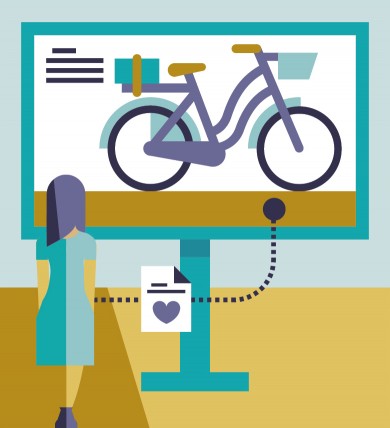 Imagine an advertising hoarding capable of sensing the presence of passers-by before displaying an advertisement and learning from their individual reactions how relevant it is. This was the aim of the artificially intelligent poster campaign demonstrated earlier this year by a partnership of advertising giant M&C Saatchi and media firms Clear Channel and Posterscope.

The poster uses a body-tracking technology originally developed for the Microsoft Kinect system to work out who is standing in its vicinity, assessing up to 12 people at a time. It displays a combination of pictures and advertising copy from a “gene pool” and learns from the audience’s reactions which are the most attractive. These are then picked by a Darwinian algorithm which eliminates the less successful combinations.

David Cox, chief innovation officer of M&C Saatchi, claims: “It’s the first time a poster has been let loose to entirely write itself, based on what works, rather than just what a person thinks may work.”

Artificially intelligent posters are still experimental, but AI is being deployed in earnest behind the scenes in advertising and marketing. One promising development is the application of pattern recognition and cognitive learning systems to help process sales leads. “Rachel” a virtual persona equipped with such technology from supplier Conversica, is being used in vertical markets, including technology, automotive, education and financial services.

This year saw a significant tie-up between 6sense, a supplier of predictive intelligence engines for marketing and sales, and Bombora, a specialist in demographic and intent data. According to the companies, the integrated system automates the process of sorting predictively scored companies and contact profiles into campaigns by buying stage. The custom segment is automatically deployed for programmatic ad targeting.

Meanwhile, UK-networked consultancy firm B2E claims that an AI-based system called Role Exchange became a key differentiator for its business. The system scrapes the web daily for vacancies in interim consulting roles and sorts the results into useful categories. “It’s looking at 60,000 potential jobs and categorising them down to about 200 every night,” says Hugh Abbott, co-founder of B2E. The system was built on what Mr Abbott calls “tin cans and bits of string” off-the-shelf technology for around £10,000. 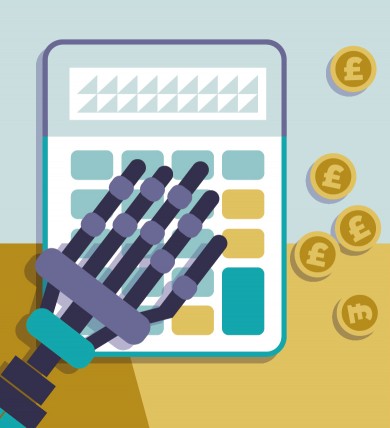 The financial services industry was one of the first commercial sectors to deploy AI in mainstream business decision-making. Citibank, for example, was working on first generation expert systems as far back as the 1980s. Such interest is not surprising given the sector’s reliance on massive amounts of data. On top of structured data about millions of transactions held by every financial services business, Reuters publishes 9,000 pages of financial news every day and Wall Street analysts produce five research documents every minute.

George Roth, chief executive of Recognos Financial, says some 80 per cent of the underlying data being processed in the financial services sector remains either semi-structured or not structured and has to be processed manually. With AI, firms can analyse and contextualise such data almost instantly. AI technologies being applied in financial services include natural language processing, data mining and text analytics, semantic technologies, and machine-learning.

IBM has identified the sector as a customer for its Watson AI system, which uses natural language processing and machine-learning to glean insights from large amounts of unstructured data.

IBM says the “ultimate financial services assistant” is capable of performing deep-content analysis and evidence-based reasoning to accelerate and improve decisions. For example, a bank could use the system to make better recommendations of financial products based on comprehensive analysis of market conditions, the client’s past decisions, recent life events and available offerings.

Another application is in compliance, fraud detection and security. Integrating structured and unstructured data ensures compliance rules are being applied and can help to detect offences, such as money laundering and insider trading. Natural language processing systems can uncover subtle cues in transactions that might indicate behaviour that does not show up in the numbers.

So-called “know your customer” systems are another widespread use of AI to manage unstructured and constantly changing data in order to assess risk. 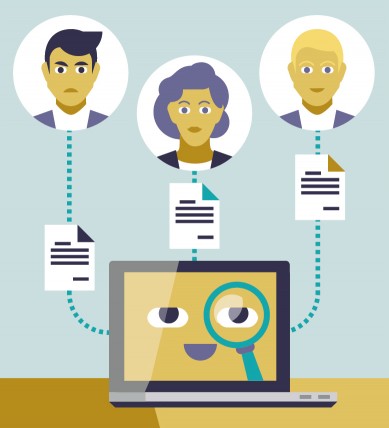 However good, or otherwise, their punctuality record, train operators have to deal with large volumes of customer complaints. The Department for Transport requires these to be classified into 470 categories. This was one of the challenges facing Virgin Trains when it set out to upgrade its customer service operations to meet expectations.

Thanks to the near-ubiquity of smartphones, a high proportion of customer communications now come in by e-mail. To improve the processing of these, Virgin deployed an AI platform called inSTREAM from Celaton, which is capable of categorising unstructured content and learning new patterns of unstructured data through the natural consequence of processing it. The system reads e-mails as they come in, understanding meaning and sentiment, and capturing key data for the customer relationship management system.

“A process that took 35 man-hours has been reduced to four man-hours a day and increased the speed of answering,” says Hugh Abbott of consultancy B2E, which worked on the project. “It has been a complete success.”

The next step in applying AI to retail service is to automate the conversation with the customer. A tool called DigitalGenius is already being used in the motor industry to conduct human-like text conversations with customers. The neural network system is based on what the supplier calls deep-learning technology. Deployed in a contact centre, the system provides a level of automation and intelligence to enable interactions that feel like actual conversations.

Automating customer services is also a target market for IBM’s Watson technology. The company has announced it is developing systems with insurer Swiss Re to harness cognitive computing technologies to identify and act on emerging trends in customer communications. 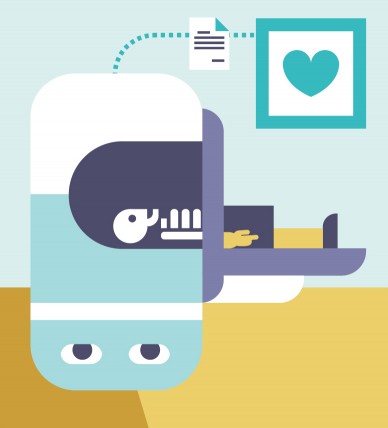 Medical decision-making was one of the first applications envisaged for first-generation AI, so-called expert systems. The vision is now becoming reality.

Among the applications for IBM’s Watson natural language processing and machine-learning system is a collaboration with Boston Children’s Hospital to help clinicians identify possible options for the diagnosis and treatment of rare diseases.

Watson will be trained in nephrology by reading related medical literature and aggregating information on causative mutations for steroid-resistant nephrotic syndrome (SRNS), a rare genetic form of kidney disease. Then, experts at Boston Children’s Hospital intend to feed genomic sequencing data from retrospective patients into Watson to further train the system.

The goal is to create a cognitive system that can help clinicians interpret a child’s genome sequencing data, compare this with medical literature and quickly identify anomalies that may be responsible for the unexplained symptoms.

At the other end of the healthcare environment is the apparently simple matter of ensuring that patients take the pills they are prescribed. An alarming percentage of patients do not complete courses of medication, creating dangers ranging from antibiotic resistance to underestimating the side effects of drugs.

This is particularly crucial in clinical trials, which often rely essentially on patients’ say-so. Yet where tests are carried out, they find that fewer than 30 per cent of participants in clinical trials may be completing their course of medication.

A mobile phone app called AiCure may provide an answer. The app records people taking their medication, identifying the patient and drug, with sophisticated features such as facial recognition to ensure it is not being tricked. The adherence data is available in real time to organisations conducting clinical trials, for the first time ensuring they are based on hard data.