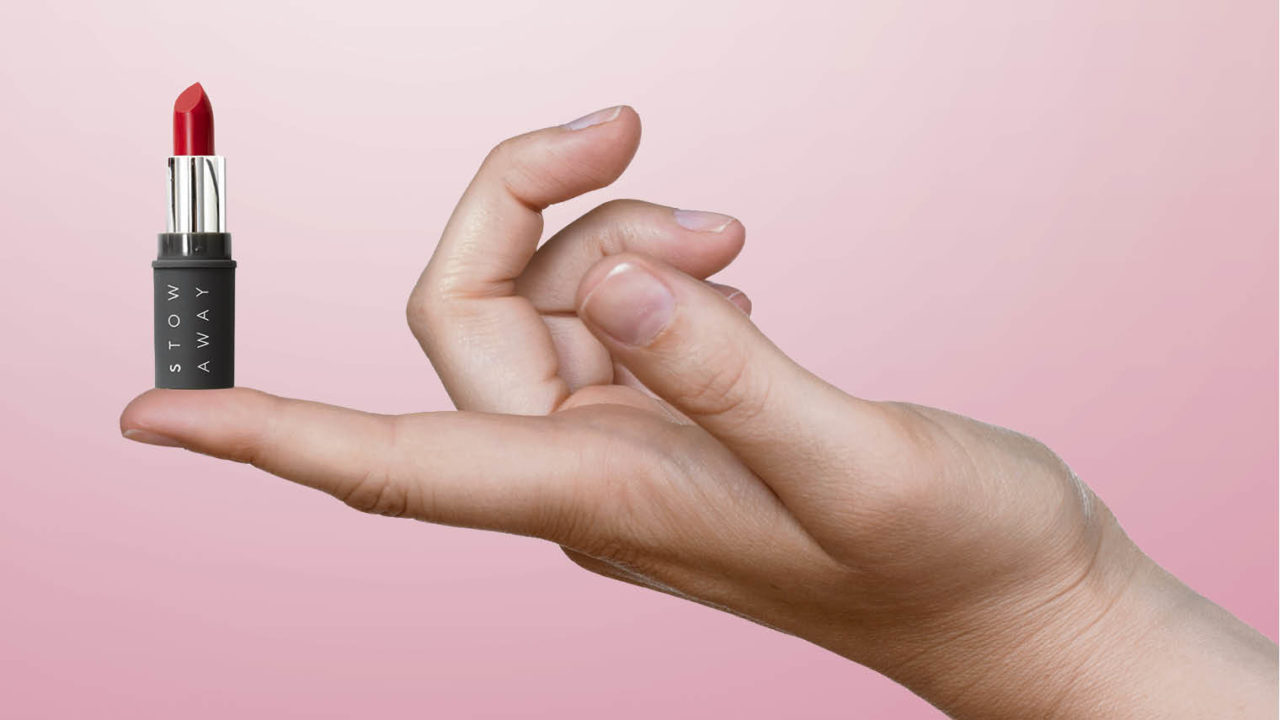 “Too big to fail” may be a phrase more readily applied to banks, but might it also find resonance in the beauty market, traditionally dominated as it is by just a few giants?

“That’s the problem with it,” says Julie Fredrickson, the founder, just 18 months ago, of new US cosmetics company Stowaway. “Beauty is one of the most consolidated sectors on the planet. Some 70 per cent of make-up brands are controlled by just ten conglomerates. But those brands have locked themselves into a particular way of doing things, which makes them slow to react to changing demand.”

Not so the small and, more importantly, niche startup. These are proliferating. Contrary to austerity conditions, the beauty market in the UK saw a 2 per cent rise in value over 2015, according to Euromonitor, in a market that might well be thought to be saturated.

Wider consumer trends have certainly helped – a fight back against the anonymous and ubiquitous, and thanks to the internet a savvy consumer less blinded by cod science, a direct-to-consumer route to market and cheaper marketing.

But, Ms Fredrickson argues, these startups are succeeding, at least so far, because they are meeting specific needs and in turn providing a wake-up call to the big players.

Stowaway’s emphasis, for example, is on convenience. After learning through an independent study that 75 per cent of women regularly don’t finish a beauty product, largely because the size of its packaging makes it cumbersome to carry around, Stowaway sells everything it makes in what would normally be deemed “travel” sizes.

“What’s interesting is less that there’s been an explosion of new, small brands, but there’s also been very swift consolidation of them too, rather than the usual ten-year ‘launch, investment, acquisition’ cycle,” says Ms Fredrickson, who sold 100,000 lipsticks in Stowaway’s first year.

“Yes, there are more routes to market than ever before. We’re all more connected to people, so you don’t have to have the money to place those big ads. But, more than that, there are all these gaps that the big industry players should have spotted but haven’t. And these smaller brands have. There are a lot of big brands out there, but so many just do the same thing.”

Certainly stressing a clear point of differentiation – portability, delivery method, unusual ingredients, problem-solving for an untapped demographic, tackling a taboo and so on – has been key. To cite just a couple of examples, Context, which launched last autumn, has stripped away marketing guff and over-styling to reduce its range of products to a line of distinctly unisex essentials, while Bevel has addressed the irritation to black skin caused by wet shaving.

“There’s a change in the industry that is seeing a new emphasis among consumers on individualisation, on finding and using those products that are right for you, so this new market of startups works because they’re speaking to exactly the right people for their product,” argues Laura Schubert.

She’s the founder of Fur, a brand focused around the care of pubic hair which, the company’s research concluded, 80 per cent of us have and groom in some way. She concedes that reaction to the launch has been polarised and Fur, in pioneering a market bigger brands might well fight shy of, has had the additional challenge of having to persuade people they need what they have seemingly not needed before.

“And there are still those people who just don’t want to talk about pubic hair at all,” notes Ms Schubert. “But that’s OK, it’s a new idea and people have to come round to it. Importantly, it’s our money and our time, so although we’re boot-strapped right now, we can wait.”

Indeed, it is telling just how open the market now is to new ideas from fledgling companies that most, aside from those largely tech-based, would appear to be self-funded. Stowaway recently raised $1.5 million from a group of investors, though Ms Fredrickson stresses: “I can’t say that was easy.” And she doesn’t mean to generate interest, so much as to cede any control and risk having their specific vision railroaded.

Marc Elrick poured his life savings into his venture, but was hell-bent on not having investors. “I just didn’t want to risk the brand being taking in a direction I didn’t want it to go in,” he says. The founder of Tan-Luxe, offering a self-tan product that can, so to speak, be diluted to taste by mixing it with any oil or moisturiser, launched his line last year and saw it rapidly become a best seller for stockist Space NK.

“Going it alone means it took us five years to get off the ground rather than the two planned,” he concedes. “But consumer interest in innovative, entrepreneurial beauty brands is at a high and especially those that have a healthy disrespect for the beauty industry status quo and its ‘one size fits all’ mentality, precisely at a time when consumer expectations are higher than ever. Consumers don’t want big faceless global brands any more. They want to join you on your journey, even when it’s slow.”