The strategic importance of HR’s role should not be underestimated in a fast-changing work environment already impacted by disruptive and defining forces, says Jonathan Sears at EY PAS 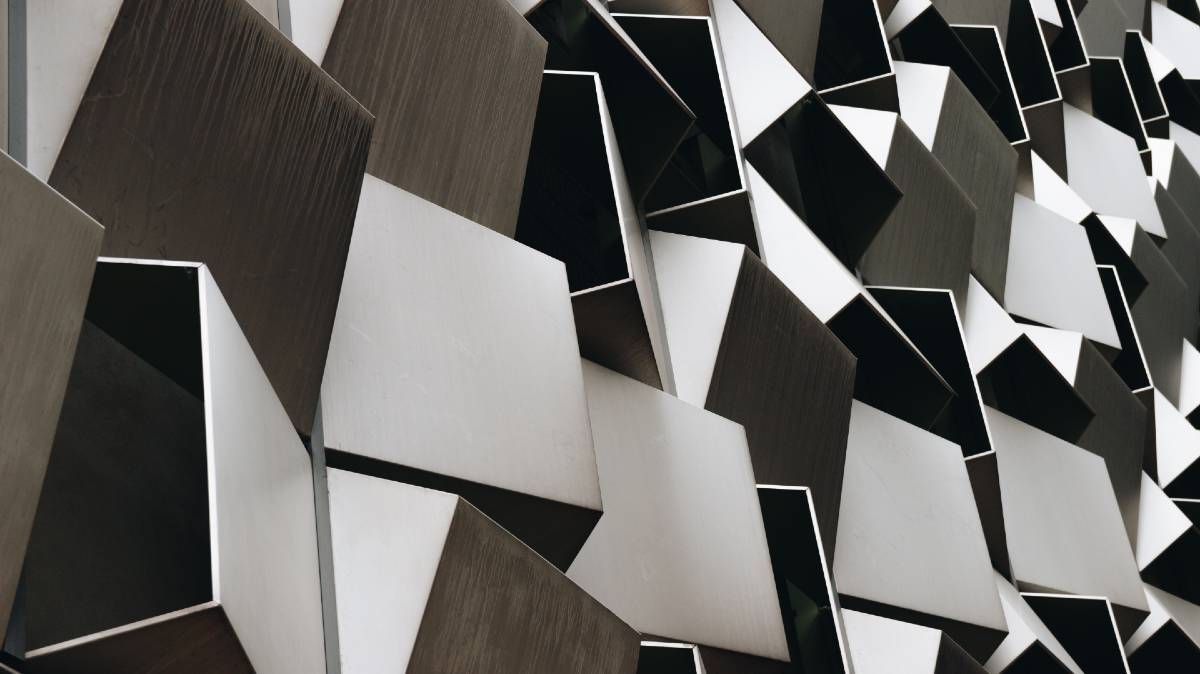 The “future of work” is not something that will suddenly appear from around a corner, but is already making itself felt.

So says Jonathan Sears, partner and principal of people advisory services at EY, who before speaking at the 2020 ADP ReThink conference in Rome told The Hive why he thinks the so-called future of work is a myth.

“When people use the ‘future of work’ buzzwords, the implication is that it’s not going to impact us for another three to five years, but the future of work is here now,” says Mr Sears.

“All the major workforce trends are absolutely here now. So things like digital disruption and shifts in labour pools, leading to contingent and digital workers operating alongside permanent and flexible staff, all of this exists today in many markets around the world.”

Not only are the majority of organisations roughly where they should be in accordance to future of work forecasts, some are actually outstripping the predictions made little more than five or six years ago, with digital skills in particular moving faster than many anticipated due to the rapid arrival of new types of jobs.

Digital disruption and shifts in labour pools, leading to contingent and digital workers operating alongside permanent and flexible staff, exist in many markets around the world

Mr Sears believes the evolution of such skills presents evidence that organisations are rapidly moving beyond existing, static future of work predictions and cites misconceptions about robotic process automation (RPA) as an example.

“Six years ago, everyone was talking about RPA; it was going to change the world. But the truth is that, while RPA is a great way to automate standard, redundant processes, I don’t believe you have to start the automation journey with RPA and then move through the tiers,” he says.

It is these technology tiers beyond RPA – utilising conversational chatbots, machine-learning and predictive modelling or embracing full-blown artificial intelligence (AI) tools – that is driving the rapid development of digital skills.

Rather than progressing through tiers in a linear fashion, upgrading each time on the incumbent, Mr Sears says business needs should define which technologies are embraced when undergoing large-scale digital transformation.

“[Organisations] might have some RPA, but they might have a real, pressing need for machine-learning and move in that direction,” he says. “We see many clients that are utilising machine-learning, predictive modelling and AI, and I don’t know if we would have said ‘we will be there that quickly’ six years ago.”

According the World Economic Forum’s The Future of Jobs 2018 report, while an estimated 75 million jobs will be displaced around the world by 2022, a huge 133 million new roles will be created at the same time. These new positions will range from AI and machine-learning specialists to user experience and human-machine interaction designers. 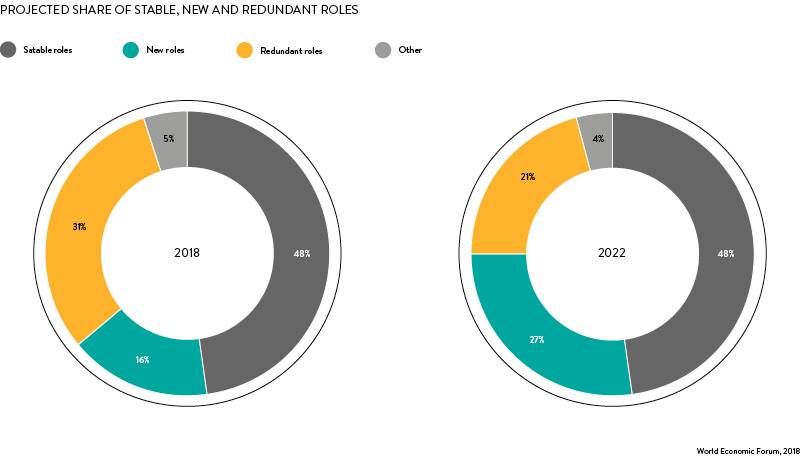 Instead, rather than job losses, what should be a more pressing concern for organisations is how to ensure they have access to the right skills to fulfil the requirements of new and transforming job roles, says Mr Sears.

Current estimates by the World Economic Forum suggest around 54 per cent of all employees globally will require high levels of reskilling and upskilling to enable them to add value to the work undertaken by machines.

The real myth here is expecting talent to be ready made to meet the demands of a technologically augmented workplace. Without investing in their people, organisations will fall short and need to embrace a fundamental shift in the way they approach employee development.

We are starting to see this already with the rise of transactional, cloud-based learning tools that “give people the necessary information to perform tasks as they require it”, says Mr Sears.

What should be understood from this is the fluidity of even the best-laid plans; the future is uncertain and success is iterative. Technology is outstripping existing predictions and giving rise to challenges that were completely unforeseen. Yet one constant that remains is that the future of work is intrinsically linked to people: people who might lose jobs; people who may work in new roles; people who need upskilling and development.

For this reason, Mr Sears predicts that over the next five to ten years, human resources professionals will play an increasingly central role in ensuring the success of their organisations. They will exert a growing influence over shaping key operational areas of the business, such as talent and employee experience, which will sit “at the heart of what HR drives”.

HR and future of work transformation

HR will become more critical in ensuring the organisation is successful in its transformation journey. “HR’s role will be elevated and it will have to become more agile in key areas, such as recruiting the right leaders and developing the right talent management strategies, as the pace of change will be fast,” says Mr Sears.

He forecasts that to enable this shift, HR teams will focus less on basic transactional tasks, such as benefits administration, which will increasingly migrate into global, centralised business services functions that include other activities like IT.

HR’s role will be elevated and it will have to become more agile in key areas, such as recruiting the right leaders and developing the right talent management strategies

These HR tasks will then be automated, a process that is already starting to take place among Fortune 1000 enterprises, which are predominantly deploying RPA to gain the experience required before moving on to more sophisticated tools.

But some progressive companies are also beginning to use machine-learning software to gain insights into, and spot trends in, their employee recruitment, engagement and retention data to help inform such strategies. The next stage, Mr Sears predicts, will be to connect workforces with operational data gleaned from customer and finance systems.

“But that’s the holy grail,” he says. “That’s where AI and machine-learning could make a significant difference to the success of a business, and it’s also why HR will play such a key role.”

An example is to use available data to understand how employee-engagement levels affect both the top and bottom line, and what skills, competencies and personality traits are found in highly engaged individuals. This information could then be used to upskill others to maximise returns.

“In ten years’ time, the HR function will be responsible for managing the new world of digital and contingent labour, upskilling the workforce of the future and managing talent through a changing mix of incentives and rewards. So it’s difficult to underestimate the strategic importance of HR’s role in a future of work context,” Mr Sears concludes.