At this year’s Notting Hill Carnival, the Metropolitan Police used facial recognition technology for the first time. Paul Wiles, the biometrics commissioner, reported that it was a test to see how the technology performed in such a bustling scenario. In theory, police records of 20 million faces can be cross-referenced with other crime data to identify likely offenders.

It’s just the latest use of artificial intelligence (AI) in government. In fact, we are seeing an explosion in new tech across the public sphere. Until now the model has been somewhat conservative, digitising processes humans once did. The next phase is using technology to rethink, reshape and reinvent how the government works.

The armoury includes the full firepower of disruptive tech – blockchain, machine-learning, drones, robotics, the internet of things and data analytics.

Politicians are only just waking up to the potential. A great example is the Brexit challenge of the Irish border. How can the UK government deliver a frictionless border with the Republic? In a recent theoretical paper, the government floated a brilliant solution. An online system will register goods as they cross. Vehicles will be tracked automatically, by number plate recognition. No border needed.

Although the idea may be too radical for some, in fact the scheme is plausible. The technologies needed are already under development.

Cubic Transportation Systems, the company behind Transport for London’s ticketless Oyster system, is testing biometric and facial recognition systems for transport barriers. Forget touch and swipe. With this system you’ll just stroll straight through the barrier. Airport check-in too.

Nora Blomefield, head of marketing at digital security company Gemalto, predicts: “On arrival at the airport, advanced biometric systems would be able to recognise your face using passport photos accessible in the ICAO [International Civil Aviation Organization] standardised format and check you in automatically, without you having to do anything at all.”

As for tracking goods, this could be a job for blockchain. This is the open-ledger technology behind the bitcoin cryptocurrency. Blockchain has the potential to change the way supply chains are monitored.

Dr Kevin Curran, senior member of the Institute of Electrical and Electronics Engineers, and professor of computer science at the University of Ulster, says: “All future items will be included in a global blockchain during the manufacturing process. Each transfer of ownership will therefore also record the transaction so if a piece of litter is found, governments will find it quite easy to trace the last owner and fine them.”

Blockchain will eradicate borders. For example, there is a campaign to lower pollution by using carbon pricing. The current system revolves around manual processes. But blockchain could introduce a fluid method of logging carbon credit transactions.

“The market is marred by double counting, inconsistency across jurisdictions and a lack of visibility over what buying a credit means in terms of impact on the ground,” says Lisa Walker, chief executive of Ecosphere+, one of the companies developing a carbon credit blockchain.

“A carbon blockchain will offer governments an economically viable, incorruptible and transparent way of making sustainable transactions and lowering their carbon footprint in real terms. It will also allow consumers to offset their carbon footprint at the point of sale by enabling a carbon value to be added directly into everyday products, so the potential for widening the market is huge.” 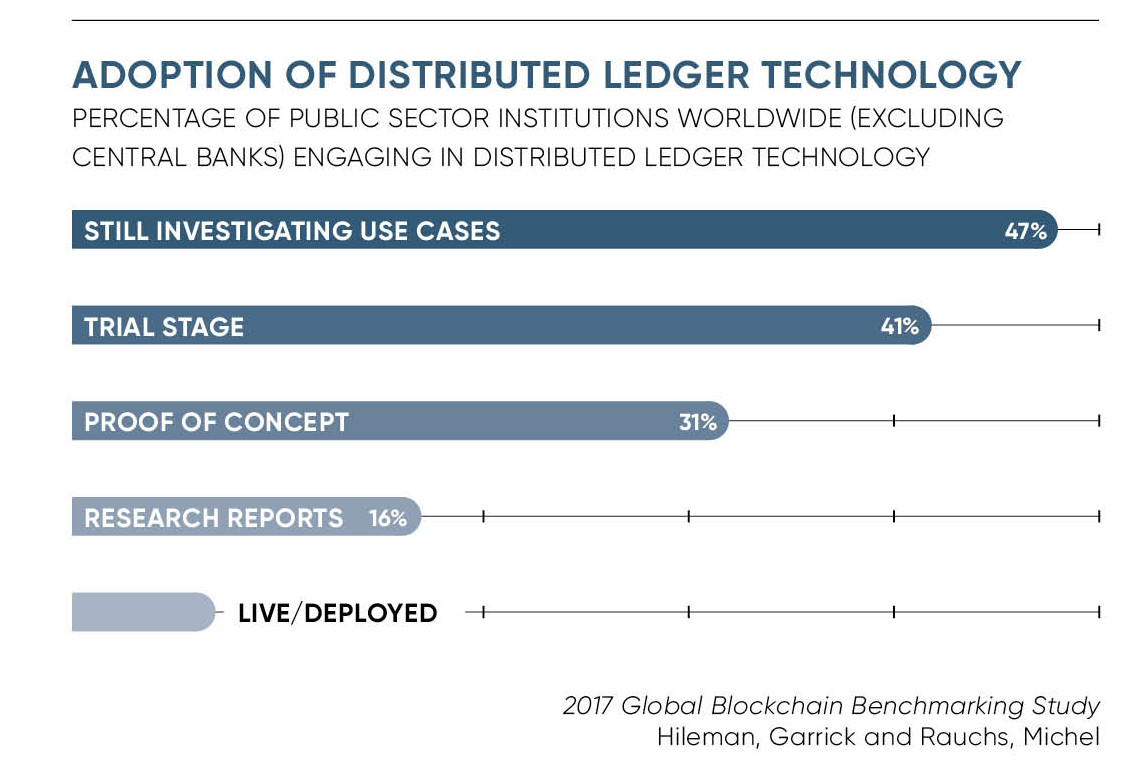 And what about tracking cars as they move over borders? Machines are more than up to the job. It’ll take two ingredients. The first is automated tracking. This can be done in multiple ways. Electronics giant Philips is creating a new type of street lighting which is able to be fitted with an array of sensors, such as motion and air quality, and a facility to help driverless cars triangulate more accurately. Essex County Council is already trialling the technology. Such a system would make political concerns about border technology obsolete.

The second part is automated inspection. Enter AI. Time-consuming tasks will be done in a split second by an artificial intelligence brain. “With AI being incorporated into our governments, our whole society will feel the repercussions,” says Daniel Kroening, professor of computer science at Oxford University and founder of AI company DiffBlue.

“Filling in forms or paying an accountant will become a thing of the past, since a quick interaction with a chatbot will allow us to complete our tax returns. Communication with the government will be smooth because most decisions will be made instantly. This can be compared, for example, to the speed of application for bank credit, which these days is a matter of seconds.” Customs officers will be redundant.

Solving the border problem is just one of the mouthwatering challenges for the government and technologists to crack together. “We’d love to see a ‘1,000 problems we can solve with digital by 2030’ list,” says Paul Dawson, partner at Fluxx, a technology company working with the government’s Parliamentary Digital Service. “Digital delivery of services is cheaper after all. So solve problems and the costs will come down at the same time.”

Even supposedly human-centric activities such as social care will be overhauled by digital systems. Richard Parkinson, a director at FarrPoint, which is helping the Scottish government with its digital infrastructure, foresees that by 2030 there will be sensors in the homes of people at risk.

“These would detect movement, measure food intake and capture biometric data,” he says. “Real-time data could then be automatically sent to a central repository where it would be analysed and any anomalies would be flagged to a medical practitioner or care worker.  A designated carer would then reach out remotely to ‘check in’ on the person in question or send out appropriate help if necessary.” The cost-savings over the current random human checks would run into billions.

We are about to see unprecedented change in the way governments work. A trivial problem like border inspection is just the beginning.