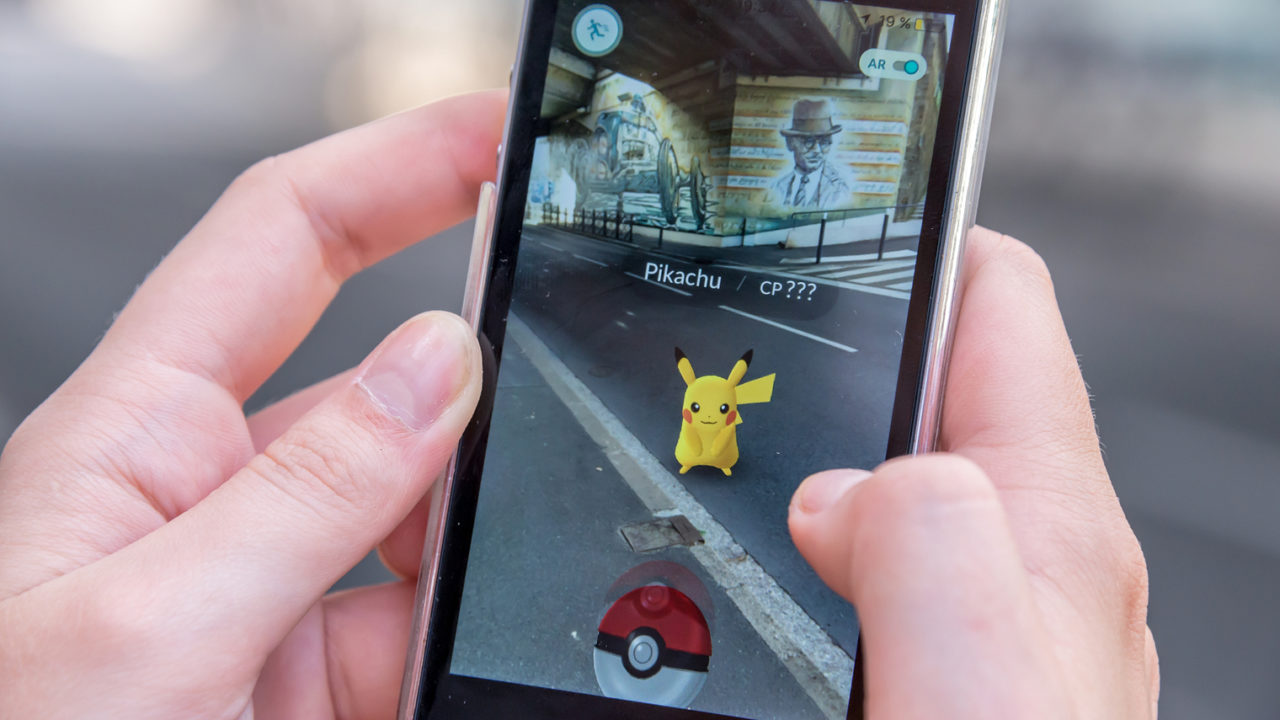 When historians look back on 2016 and consider the biggest corporate development of the year, they won’t point to a revolutionary new car or a smartphone, but an apparently frivolous game in which players catch imaginary cartoon critters.

It’s hard to believe that Pokémon Go was launched little more than two months ago. In that time the location-based augmented reality (AR) game has caused a seismic shift in the world’s business, technological and cultural landscape.

The location-based augmented reality game has caused a seismic shift in the world’s business, technological and cultural landscape

Overnight AR went mainstream and Nintendo’s market value increased by $7 billion, before falling back when investors realised it didn’t make or even really own the game – it’s a minority shareholder in the game’s designer Niantic.

Niantic, on the other hand, grew a multi-billion-dollar valuation. Google, another investor, opened up a potential new avenue to sell its ads. Business angels and institutional investors who backed Niantic got very rich, very quickly. Apple welcomed the millions of extra iTunes downloads.

Had you run an online search for Pokémon Go back in June, you would have received links to a small and confused mix of webpages. Run one today and you’ll get 50 million listings all teeming with facts, speculation and gossip zeroing in on the new brand.

For consumers, the game has invented an entirely new pastime; one which blends gaming, formerly a seated activity taking place in people’s homes, with walking in the open air, something that modern gamers did very little of.

New communities have sprouted, friendships have cemented at ungodly hours in weird locations and a cottage industry has sprouted, with rival developers hoping to piggyback Pokémon Go’s rampant and unprecedented success.

It was the launch to end all launches and one enterprise superstar Elon Musk would be jealous of. Can you think of a bigger instant hit with a more immediate effect? The story of Pokémon Go speaks volumes about how a business can transform itself with a single, spectacular play.

“The launch of products using innovative technologies should ignite conversations around what is achievable and Pokémon Go has definitely achieved that with AR,” says Ian Hetherington, chief executive and founder of eeGeo, who previously enjoyed a successful career in the European gaming industry.

“Aside from the technology, we would be foolish to ignore the effect that the Pokémon brand has had on the launch of Pokémon Go. Niantic cleverly lends heavily from the original Pokémon game to wrap its innovation in a familiar and lovable IP [intellectual property] with strong legacy value.”

Experts say it was down to three main factors. One was timing; the game might have had less impact if the pot hadn’t already been stirred by the arrival of new consumer-grade virtual reality (VR) technology from global brands. This provided a platform upon which it could launch.

The second was simplicity. This was a high-tech launch, but there is nothing intimidating or fiddly about the game so it appeals to the mainstream as well as first-movers. You download it and away you go. It’s free too, meaning people could experiment risk free.

The third element was possibly the most important of all. Pokémon is a globally recognised and well-liked brand. It’s been around for two decades, so nostalgic 30-somethings are just as endeared to the release as ten year olds discovering it for the first time.

Other businesses keen to make waves might not be lucky enough to have a global brand to reinvigorate, but new platforms like AR do offer an array of opportunities for the me-toos.

“The key take-home for me is that old ideas can be applied to new technology, meaning huge new opportunities that could be mined are being missed,” says Henry Stuart, chief executive and co-founder of Visualise.

“Pokémon Go is a marriage of the real world with the fantastical. The idea that ordinary locations or street corners can hold surprises and excitement, literally making the world your playground – it’s a fantastic and simple proposition.”

Betting big on a major launch is one way of taking a business to new heights. But, sadly, real-world fundamentals apply to all of us. Silicon Valley is full of companies that went pop because they thought amassing a following would be enough, when even in the tech world money talks.

It’s why Nintendo and Google enjoyed the glow of Pokémon’s AR revival, but Niantic got to light the fire. The game has achieved the Holy Grail of being both popular and lucrative at the same time. Within weeks it was bringing in more than $2 million a day just from players in the United States.

Hooked gamers looking for shortcuts to Pikachu glory can pay up to $99 a time for inventory upgrades. That compares favourably with $39.99 for the best-selling console game Unchartered 4, not forgetting that in the latter case you get the whole game, not just extra Poké balls.

“Silicon Valley wisdom prizes users above all else. The idea being that monetisation can follow,” says Joakim Everstin, head of innovation at travel technology company Sabre. “But a business can’t drift from experiment to experiment. It’s important to have a strategic advantage in the product and then have a path to profitability should the product hit.”

“It isn’t worth launching something that has no route to profits ever, but there are good reasons to launch something that may not be profitable in the short term. A new venture may engage valuable customers in new ways, accelerate learning in a new market or test a new business model before committing to investing further and scaling it.”

For bosses wondering where all this leaves them, help is hand. Mr Hetherington at eeGeo believes the three watchwords are innovate, create and capitalise. No one wants a lot of Pokémon Go copycats, he says, so firms should consider the bigger picture and think how things like AR and VR can transform what they do.

Committing fully to an innovation gives it a better chance of success and, once it’s out there, capitalising on the opportunity is a must. “These opportunities are few and far between, so you have to maximise them when they come along,” he says. “This is where the true reward for taking the risk in the first place can be realised.”