Graduating from gimmicks on TV game shows and playing board games, artificial intelligence engines are now looking for jobs in business 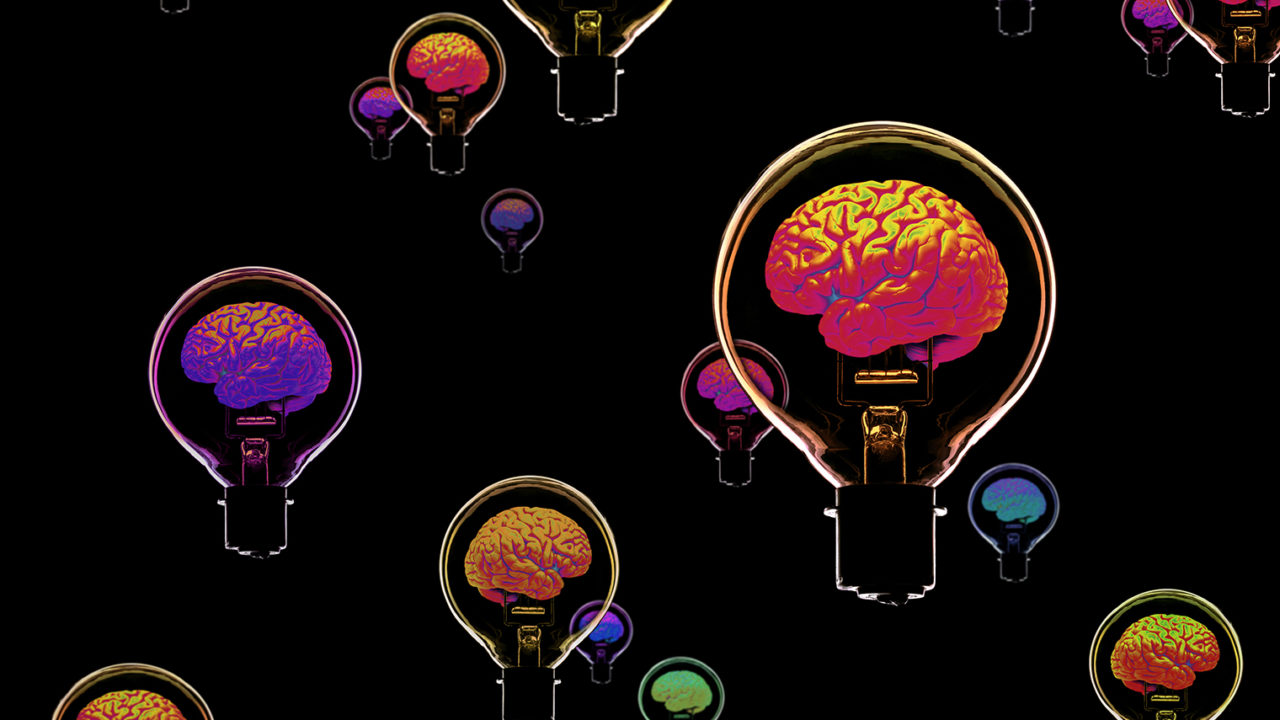 Researchers at the North Carolina School of Medicine recently pitted the IBM Watson artificial intelligence or AI engine against real doctors. It asked Watson to examine 1,000 cancer diagnoses. In 99 per cent of the cases Watson came up with the same treatment plans as the oncologists.

Even better, in 30 per cent of cases Watson was able to suggest treatment options the doctors had missed. Being a machine, Watson has a limitless ability to read and digest medical papers, so can include data hidden in long-forgotten medical journals.

It was another bold step for AI. And it’s typical of the sort of story coming out of the AI industry. Instead of completing admittedly difficult but trivial tasks, such as playing board games or beating TV quiz contestants on Jeopardy! which Watson did in 2011, AI engines now are contributing to worthwhile human endeavours. They support and sometimes supplant humans.

AI is emerging from labs and entering the mainstream. The question businesses are asking is when can we benefit from AI?

It could be sooner than you think. AI engines are being marketed to enterprises of all shapes and sizes. Just look at the children’s toy market. In Christmases of yore children talked to their dolls. This Christmas the toys will be talking back.

Hello Barbie is linked to a cloud-based voice recognition and response system. It means Barbie can chat merrily about family members, the natural world and school. A cute green dinosaur called CogniToys Dino offers true AI conversation, provided by IBM Watson. When six year olds are using AI, it’s a sure sign that companies ought to be getting stuck in.

The newest AI engine to hit the market is Salesforce’s Einstein. Raj Mistry, the senior vice president in charge of Einstein, says part of his job is to demystify what AI does. “When we talk about AI people automatically assume we mean something like Skynet,” says Mr Mistry, alluding to the military AI in the Terminator films, which ultimately declares war on humanity. “We try to get them to understand that it’s about providing analytics and insights, and recommendations in their own business.” 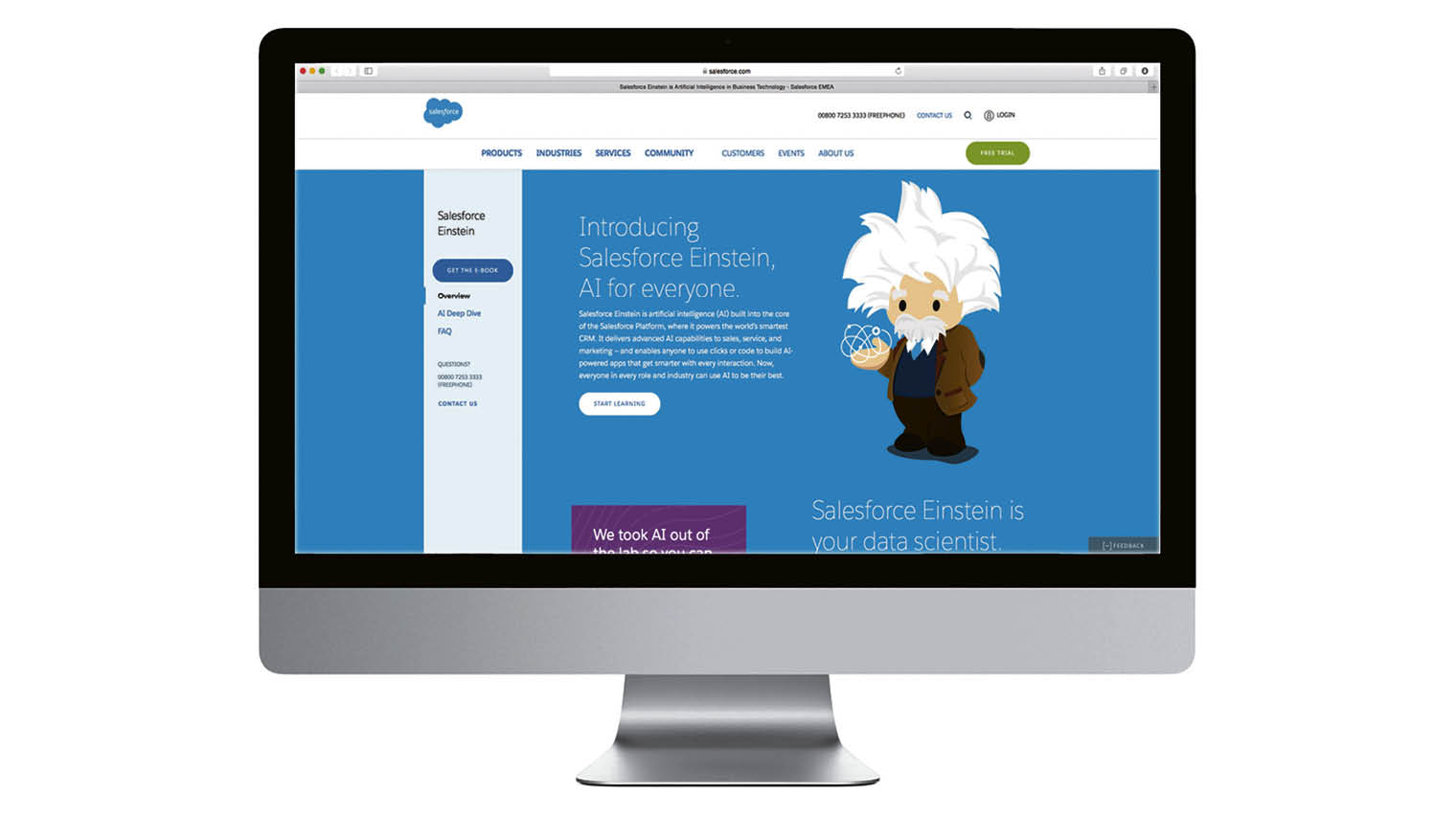 The trend is for AIs to have a user-friendly interface. Just look at Google’s search bar. It’s the simplest possible AI interface, Google uses machine-learning to improve search results. Einstein is also going for mass-appeal by making it easy to use.

“It can be set up without any expertise,” says Mr Mistry. “Salesforce has always gone for no software, configuration not code. We’ve templated the approach, so many capabilities are ready to use, straight out of the box.”

And what does Einstein do? Very few AIs are general intelligences, able to do all jobs equally well. They tend to be a fusion of discrete services. “Einstein is a set of services which work in unison,” says Mr Mistry.

A basic use is to route sales jobs to the member of the sales team best equipped to do it, based on their performance metrics and aptitudes. An American sports merchandise retailer Fanatics.com is using Einstein to funnel inquiries from millions of consumers to the right sales channel. As users confirm whether the decision was correct or not, the AI learns and improves. Image recognition is another Einstein service.

The same logic is to be found with Wipro’s Holmes AI engine. A clear riposte to IBM Watson (after all, who had the brains in that duo?), Holmes is not a general AI, but also a composite of specific skills.

“We have not built a generic AI platform like many of our peers, but a set of AI services,” says K.R. Sanjiv, chief technology officer at Wipro. These talents include natural language voice recognition, machine-learning, and extracting patterns from structured and unstructured data.

IBM Watson is another task-specific AI. Businesses select the service they want and can chose between 15 categories, including translation, personality insights, natural language document classification and conversation.

Interested parties may now be wondering how to get started. And also what it costs. In terms of playing with AIs, it’s pretty straightforward. The technology usually sits in the cloud, so there’s nothing to download or install. Instead an API (application programming interface) offers a standard way to connect existing apps and websites to the AI.

Chris Williams, European chief architect of IBM Watson, says you’ll need two things. The first is a domain expert. This means someone who knows the field the AI will be working in. After all, the AI will need to learn the job in hand, so needs someone who can teach it industry-specific knowledge.

Secondly, you’ll need someone with programming and integration skills. These can be quite basic. The API is designed to make connection quick and easy. “Getting started really is straightforward,” stresses Mr Williams. “The barriers to entry are very low. We are seeing startups using it.”

Over time AI engines will get easier to use. Daniel Hulme is the founder of Satalia, which offers algorithms to solve all sorts of everyday business tasks such as how to route engineers to multiple jobs and how to automate bug detection in software. He’s launching a natural language inquiry engine called Satalia Go. “You can articulate your problem in words, saying something like ‘I’m going to Vienna and staying in this hotel, and I’d like to visit this park and this museum, so what’s my best itinerary?”

Dr Hulme says AI is being democratised by necessity. “The more people who use the AI, the smarter it gets. So if you make it free and open source you get more users,” he says.

The cost is also being driven down by this concern. Many AIs are free to use. IBM Watson is free at first, then imposes costs relating to usage. Google’s cloud-based natural language service is free to use at low-usage levels.

The barrier to AI isn’t cost. As AI goes mainstream we’ll see more and more businesses using it. Farmers will use AI for yield management. RBS bank is launching a chatbot service for customers. It will handle simple queries, built on IBM Watson’s conversation tool. AI is becoming a natural and everyday part of business.

Chris Williams of IBM Watson concludes: “AI has become even more mainstream in the past 18 months. People realise it’s real. The things people have talked about for decades are here and are now available for anyone who wants to embrace them.”