CASE STUDY: Utilita – A smart way to run a company

You will probably hear a lot about the so-called internet of things in the next few years. It is essentially the idea of connecting otherwise dumb objects, such as fridges and traffic lights, to the internet using mobile technology to enable them to work smarter or help users save money.

The growth in the number of companies working in ways that would have been impossible without mobile connectivity is growing by the day, from the pregnant cows with Moocall sensors on their tails to alert the farmer when they are about to give birth, to clever cars that communicate with each other to stop them colliding, despite what the person behind the wheel does.

Another company that has mobile connection at the heart of its business model is pay-as-you-go energy company Utilita.

The company was founded in 2004 on a hunch that smart meters – electricity meters permanently connected to the mobile phone network – would be a perfect solution for pre-pay customers.

What is attracting prepay customers to the company is innovation in technology, giving customers smart meters and the ability to pay via an app when their credit runs out rather than racing to a shop on a rainy night to top up their account.

Prepay customers have typically paid a premium to buy their electricity, but Utilita has put an end to that.

“Price is what we sell on – it will save you a bob,” says chief executive Bill Bullen. “The thing that gets people is that we have applied modern technology to the problem and it is making the stigma of prepay disappear. Lots of people have prepay mobile phones so topping up using a mobile phone is almost anti-stigma.”

Utilita has now grown to represent 10 per cent of the prepay market and customer growth shows no sign of slowing. It expects to sign up its 500,000th customer by Christmas and has recently moved into new offices to accommodate its now more than 600 staff. 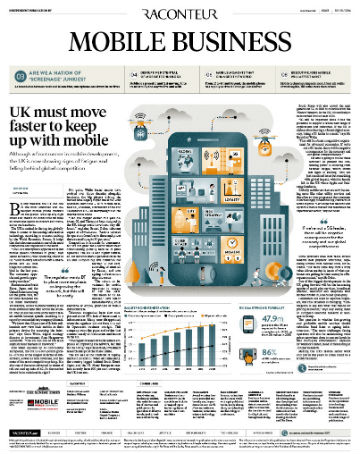 5 ways mobile could disrupt our lives

How to get mobile first off the ground

How to become a mobile-first business