The Gun Violence Archive reveals that in October 2017 alone, 25 people were fatally injured and 55 wounded during a mass-shooting event in the United States. That’s without taking account of the 58 dead and 546 injured, innocent victims of Stephen Paddock’s attack on the Route 91 Harvest music festival in Las Vegas on October 1. Then on Sunday November 5, another crazed gunman, Devin Kelley, shot dead 26 people and wounded 20 at a Texas Baptist church.

While mass shootings understandably grab the media headlines, the problem of gun-related deaths runs far deeper in America. According to Politifact, which fact-checks statements made in the media, as of October 2017 there had been 1,396,733 American deaths on the field of battle since the Revolutionary War started in 1775. The same research reveals that since 1963, when Robert F. Kennedy was assassinated by Sirhan Sirhan, there had been 1,516,863 gun-related deaths on US soil up until 2015.

So what exactly are smart firearms and what hope can they bring to the increasingly desperate gun-crime problem within the United States in particular?

Definitions are important, and none more so than that which the market itself has determined: a smart weapon is one that can identify the person holding it and disable the ability to fire it for non-authorised users. From the technological perspective, this currently means one of two things: a biometric identity mechanism such as a fingerprint reader, or a proximity device such as a radio-frequency identification (RFID) ring for example. If the fingerprint isn’t recognised by the sensor in the firearm grip, or the user isn’t wearing the ring, the weapon will not fire.

The Armatix iP1 pistol is one such device. It pairs a RFID “watch” with a firearm that requires one to be within a few inches of the other to fire. In theory that is. In practice, one security researcher managed to defeat the protection using nothing more sophisticated than a bunch of cheap magnets from a local store. The researcher, known as Plore, also found he could extend the range of the watch connection to the pistol, so he didn’t have to wear it to fire the weapon.

During the Smart Gun Symposium in Washington in August, smart-firearm advocates dismissed concerns regarding the hacking of such weaponry, claiming these methodologies were unlikely to happen in real-world scenarios. Assailants are hardly likely to be carrying either the magnets or the knowledge of how to use them on the very remote off-chance the householder happens to own the pistol in question. 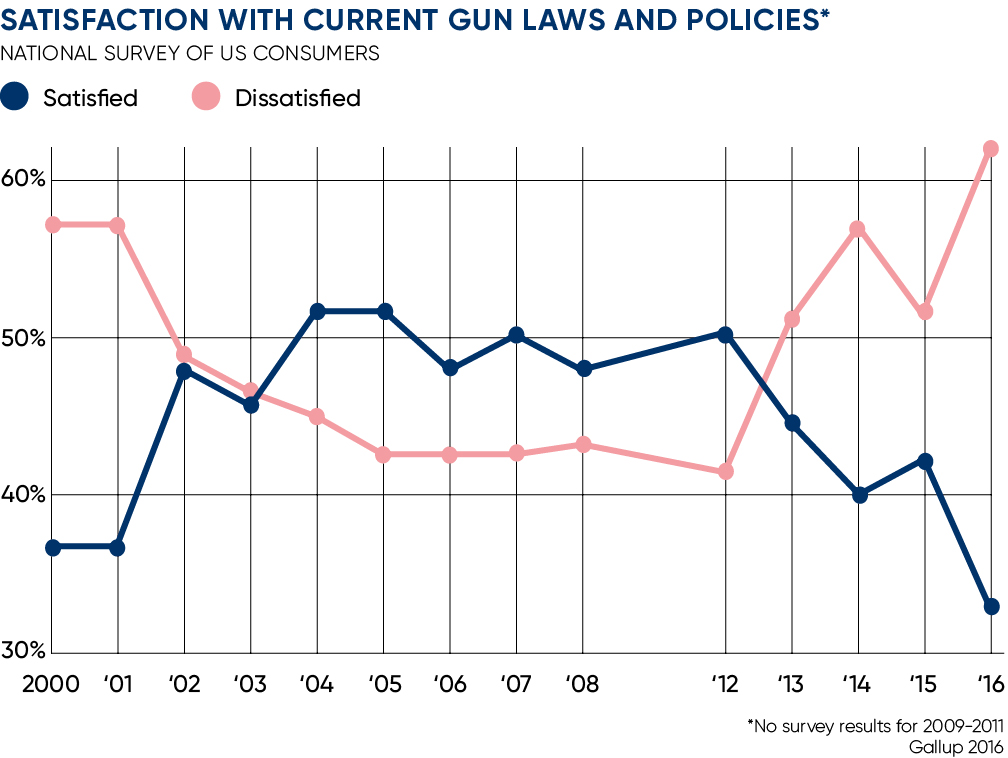 Jim Schaff, vice president of marketing at Yardarm Technologies, a company that develops systems to locate, manage and identify motion-related activity with firearms for US law enforcement and the military, also thinks that hacking is irrelevant. “It’s not about mass-shootings; it’s about accidental deaths and home invasion,” he says. “In both cases, it’s either children or most likely an unsophisticated assailant.”

In a famously tearful 2016 speech, President Barack Obama pointed out that “we can set it up so you can’t unlock your phone unless you’ve got the right fingerprint” and asked “why can’t we do the same thing for our guns?”

But what about biometrics, are they ready for mainstream adoption when applied within a life-and-death arena such as firearms control? With Apple admitting that one in every 50,000 fingers could unlock the same fingerprint-enabled iPhone, there are some obvious problems in relying on this biometric methodology alone.

However, Terry Ray, chief technology officer at cybersecurity vendor Imperva, believes biometrics are accurate enough to support firearms in the context of gun ownership and individual identification. “Yes, one in 50,000 may have the ability to access it as well,” he says, “but it’s highly unlikely that an attacker is going to wait around to find out if his or her finger might unlock my gun.”

Matt Lewis, research director at NCC Group, isn’t so sure. As well as the fingerprint enrolment procedure having the potential for attack via software vulnerabilities, he thinks biometric technology itself could pose a risk. “A delay in the fingerprint-matching process caused by dirt on the sensor might cause a delay which could be life threatening in defensive situations,” he says.

So assuming the technological hurdles can be overcome through research, development and testing, can smart firearms reduce gun-related killings in America? Mass-shootings? Well, no. After all, these perpetrators usually legally own the guns they use. Where smart firearms may well make a difference is in accidental shootings, youth suicide and where law enforcement officers are shot with their own weapon following a gun grab.

Our pill bottles, our cleaning products use technology to make them safer; why not our guns?

Margot Hirsch, president at Smart Tech Challenges Foundation, is certain that smart-firearm technology can make a significant dent in these gun-tragedy statistics. “Some 1.7 million households have an unlocked and loaded gun in them – guns that should be secured,” she says, pointing to more than 300 deaths involving young children shooting themselves or others and 2,600 youth suicides, mostly using a family member’s gun, as reason enough for smart firearms. “Our pill bottles, our cleaning products use technology to make them safer; why not our guns?” she asks.

Yardarm’s Mr Schaff thinks the biggest barrier to smart guns in the United States isn’t the technology, but the funding. “Venture capital is unwilling to invest, the path to market is unclear, there is no distribution channel and there is little hope for a return on investment,” he concludes. 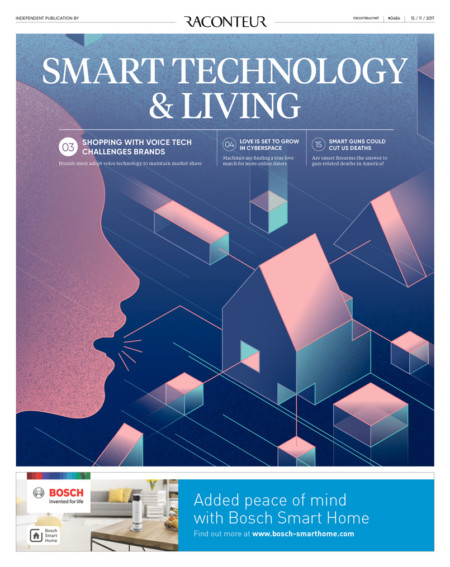 Microchip implants: would you like this chip in your vein or your brain?