Now targeted at manufacturing and other enterprise uses, will Google Glass succeed second time around? 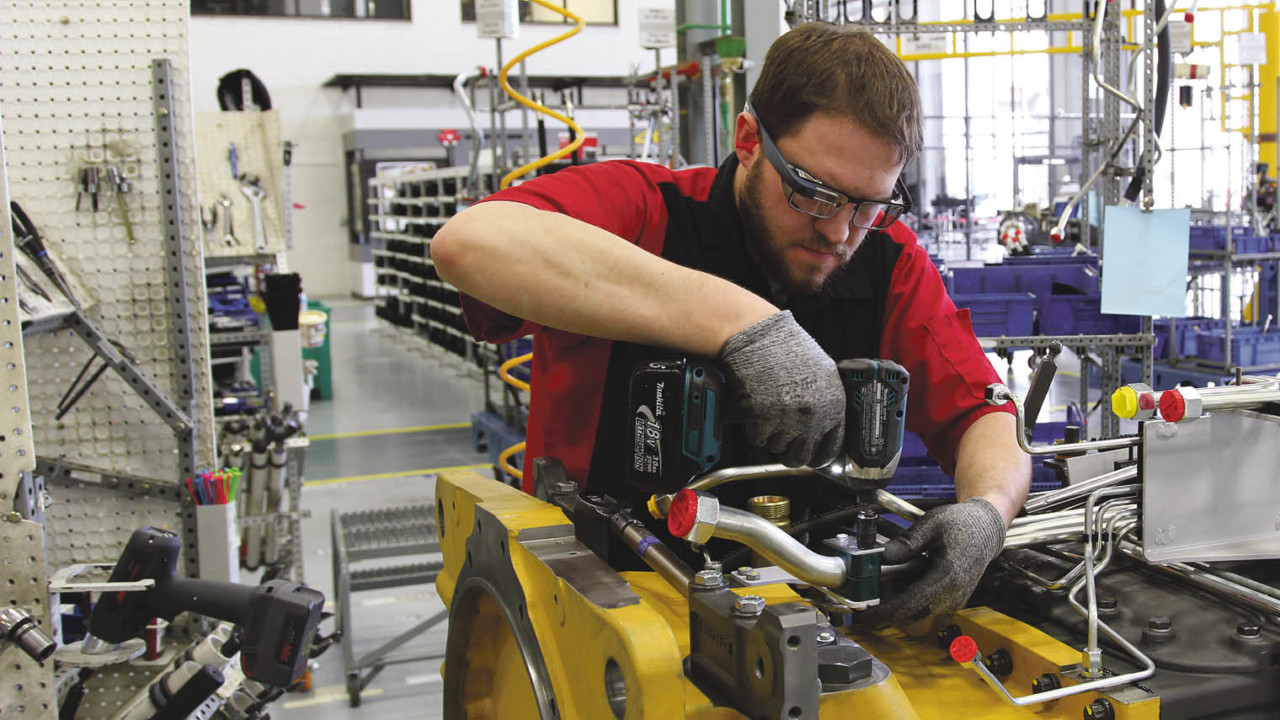 The launch of business-focused Google Glass Enterprise Edition comes two years after the original Google wearable failed to connect with consumers and was withdrawn from sale. Google worked with industry to create this new version of Glass, in an effort to meet the demands and expectations of enterprise customers, with enhanced battery life and power among the improvements.

Futurist and trends expert Jim Carroll believes these changes may be enough to make the new Glass EE a success. “It’s long been a rule that the first generation of a product is hard to do, but what comes from that effort is invaluable insight for the second generation. This is probably the case with Google Glass,” he says.

“It’s perfectly positioned for alignment to accelerating manufacturing trends, such as virtual welding and other capabilities that involve an increase in ‘spatial manufacturing capabilities’. We’re witnessing a lot of fast-paced trends with virtual and augmented reality, and it ties into those trends.”

A number of manufacturing companies have already introduced Google Glass EE to their assembly lines with great success. One of the central advantages of Glass EE is its ability to simplify industrial processes, by speeding up the time it takes to complete repetitive but vital tasks. Agricultural machine manufacturer AGCO managed to reduce machinery production time by 25 per cent and inspection times by 30 per cent thanks to Glass making access to instructions and checklists easier.

Glass’s capacity to provide hands-free, visual access to all types of information to workers will be received well in the manufacturing industry, where efficiency and safely are paramount. “Today, we’re already seeing manufacturers use graphics pads to link operational machinery with visual data in the moment. Gone are the days when operators will have to sift through log after log of metrics to uncover a machines’ operational efficiency,” says Martin Walder, vice president, industry at energy management and automation specialist Schneider Electric UK and Ireland.

“Instead, this connected technology will pull in data and analytics instantly, informing the individual in real time. The addition of a tool such as Google Glass has the potential to take that one step further, freeing up the operator’s hands and allowing them to interact with the machinery and the information simultaneously. This opens up several doors of opportunity in productivity, downtime management and even electrical distribution.”

The new and improved Google Glass Enterprise Edition not only faces intense competition from Microsoft’s HoloLens, but the product will also have to shake off the much reported failure of its predecessor. So will enterprises be as hesitant to embrace Google Glass EE as consumers were to accept the original?

Dr Vaggelis Giannikas, research associate at the University of Cambridge’s Institute for Manufacturing, welcomes the industry-friendly improvements in the new version, but believes there’s a long way to go before widespread industrial use, due to practical issues as well as hardware limitations and software challenges.

“Some users are not willing to wear a device with a camera and mic at all times due to privacy concerns, with confidentiality issues potentially arising from the fact that augmented reality devices can capture photos or videos from proprietary operations and data,” says Dr Giannikas, who worked on the previous version of Google Glass for industrial applications.

A challenge that Google, and indeed the industry at large, faces over the short term is price

Glass EE may have the potential to gain efficiency savings over more traditional solutions, but this device will not exist in isolation, with manufacturers needing to see that it can easily integrate with existing operations and IT systems.

Bas de Vos, director of IFS Labs at software company IFS, believes that after the lacklustre consumer response to Google Glass, Google must create a device with the same type of wow factor as Microsoft did with HoloLens.

“A challenge that Google, and indeed the industry at large, faces over the short term is price. Google’s initial sales of Glass EE to businesses were between $1,300 and $1,500 per unit. Although at around half the current cost of Microsoft’s HoloLens, this pricing is still a prohibitive factor for many smaller manufacturers,” says Mr de Vos.

The recent Digital Change Survey from IFS found that, compared to other sectors, the manufacturing industry has one of the lowest levels of satisfaction around funding for transformative digital projects. “It is therefore likely to take some time before we see the widespread adoption of innovations such as Google Glass in enterprise,” he adds.

Mr de Vos maintains that while many manufacturers are now ready to utilise augmented reality technology solutions, like Google Glass, it will not happen overnight. “Until the cost falls to a similar price to that of a smartphone and once there are sector-specific applications that can work with the technology, widespread adoption will remain prohibitive for most businesses,” he concludes.