It’s time to take a step back from the noise and hype surrounding artificial intelligence (AI). Businesses have been inundated with AI sales pitches promoting the technology’s potential to automate tasks, increase speed and accuracy and cut costs. But what’s the long-term plan? Most businesses lack a vision of how AI will transform their operations.

Rather than the piecemeal adoption of AI systems, some believe businesses need to develop an overarching strategy for how to embed AI in their organisation over time.

“The most important thing is having a comprehensive and holistic view of AI sourcing within the organisation,” says Mohammed Chaara, a former Lenovo strategist who is now “an evangelist” for AI. Working out what kind of AI is needed for different processes and whether these will be carried out in-house, outsourced or in partnership is an important step to developing a strategy, he says.

Mr Chaara believes businesses need to base their AI strategy on four areas. Low-risk, low-value AI involves automating low-level repetitive tasks, such as data processing, which can be outsourced.

Low-value, high-risk AI includes audience-targeting driven by machine-learning, which can cut the costs of identifying and reaching audiences, and boost profits by targeting the right customers. But this risks wasting the marketing budget, if the targeting is wrong, and so is high risk. It should be developed in tandem with external partners, he says. 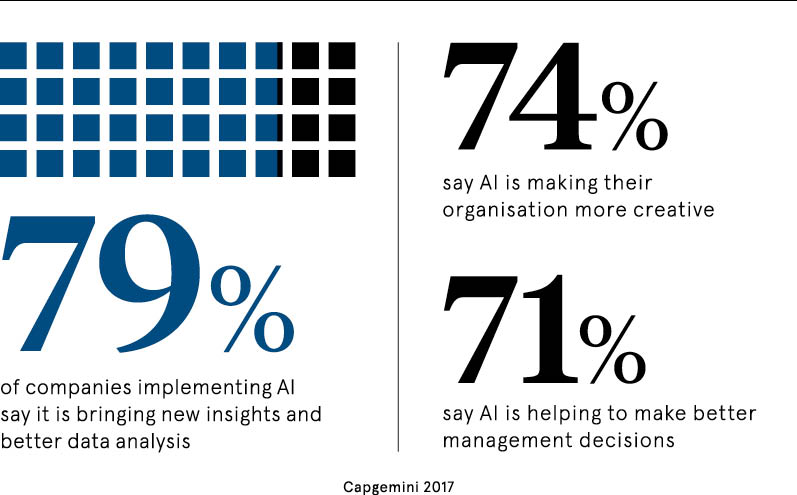 The third area is high-value, low-risk tasks, such as the credit scoring models in financial services. This offers high value, but is low risk and so complex no one else can decipher it.

Finally, there is high-risk and high-value activity, the uncharted territory where there is no solution on the market, for instance using AI systems to fuel new product development.

The last two categories could involve building in-house solutions or buying in the expertise through acquisitions.

“If you can adopt these four frameworks, you can have an idea of when you need to migrate AI from one point to another,” says Mr Chaara. “Without having that comprehensive view, the organisation will not be able to move quickly and in an agile way from one category to another.”

Some doubt that businesses have the time to develop in-depth strategies for AI and are best off implementing it as needed. Dr Lee Howells, an automation and AI expert at PA Consulting Group, says companies should use AI to solve a specific business problem rather than being led by the technology. He fears an AI strategy could be outdated before it gets implemented as developments are moving so fast.

“When organisations try and introduce AI, they need to find a balance between their strategic ambition for AI and getting started quickly. You can never have a strategy that is 100 per cent correct, and with AI people deliberate about it and the greatest problem is inertia; they don’t want to get started,” he says, adding that the best approach is to “think big, start small and scale fast”.

AI goals should be long-term and realistic

One of the fastest growing areas of AI is robotic process automation (RPA), which uses software to automate repetitive tasks, such as replying to standard emails, processing customer orders and updating payrolls.

Guy Kirkwood, chief evangelist at RPA company UiPath, says: “When companies say they want AI, what they actually mean is they want the tools necessary to automate more of their processes, because that is what the real strength of AI is.”

But he adds: “RPA is a tool not a panacea.” Mr Kirkwood believes organisations are adopting RPA so quickly because it cuts across all geographies, industries and services. “There is no limit to where it can spread,” he says. “The addressable market for RPA is unlimited. It is one robot per employee everywhere – that’s the potential, which is pretty staggering.”

The addressable market for RPA is unlimited. It is one robot per employee everywhere – that’s the potential, which is pretty staggering.

Many businesses are a long way from arriving at a holistic AI strategy. Jeremy Waite, chief strategy officer for cognitive computing business IBM Watson, says there is too much short-termism among businesses when it comes to AI.

“The people I see having least success are those looking for short-term results,” says Mr Waite. These companies tend to invest the bulk of their budget in the technology, but spend too little on hiring the right kind of staff to manage the AI transformation.

“The ones that succeed are the ones that do it the other way round, because they look at something much smaller and more tactical,” he says. “I would prefer businesses to look at one isolated use-case, attach an AI to that so you are spending 20 to 30 per cent of your budget on the technology, but then 60 to 70 per cent of the budget goes on people.”

The big question is going to be how do you train the AI?

Mr Waite argues that an important area is how companies will train advanced AI’s to interact with the public and carry out tasks.

“The challenge with AI is not so much with implementation; the big question is going to be how do you train the AI? And most important, how do you train it against bias whether gender, sexual, racial or against a political agenda? AI training is the most important part that people haven’t looked at yet. No one has invested enough for long enough to realise it is a problem,” he says.

This highlights the need to the think ahead when implementing AI. Such a powerful technology could create unexpected problems, as it becomes more deeply embedded in businesses, from discrimination to an inability to respond to individual needs.

Striking the right balance between forging a future-facing strategy and getting AI systems up and running will be a vital consideration for managements as they embark on this revolutionary path. 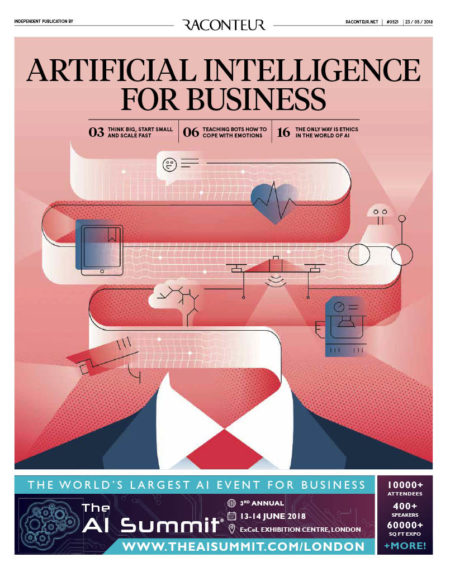