Earlier this year, Microsoft lowered a huge white cylinder into the water off the Orkney Islands in a project designed to create a datacentre using as little energy as possible.

The 40-foot-long prototype is designed to operate for up to five years without maintenance and is naturally cooled by the chilly northern seas. A heat-exchange process, more usually used for cooling submarines, pipes seawater directly through the radiators on the back of each server rack and back out into the ocean.

It’s powered by renewable energy from the European Marine Energy Centre’s tidal turbines and wave energy converters. Tidal currents in the area, says Microsoft, travel up to 9mph at peak intensity and 10-foot waves are a regular sight.

The datacentre is loaded with 12 racks containing a total of 864 servers and associated cooling-system infrastructure. Assembled and tested by a submarine-building firm in France, it was shipped on a flatbed truck to Scotland where it was attached to a ballast-filled triangular base and sunk beneath the waves.

If Project Natick works out as planned, Microsoft hopes to be able to create environmentally sustainable, pre-packaged datacentre units that can be ordered in a range of sizes, rapidly deployed and left to operate “lights out” on the seabed for years. 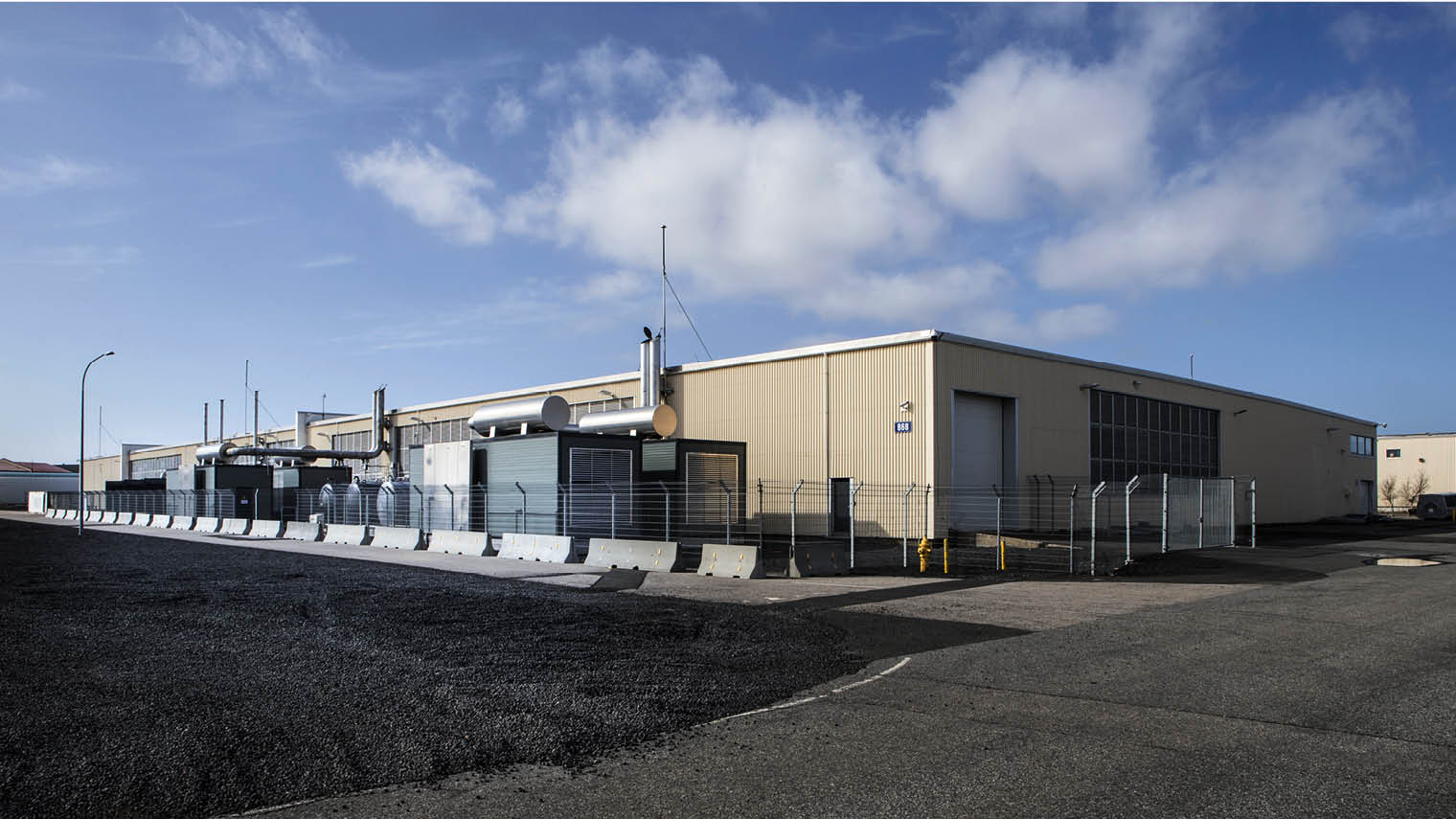 When it comes to disposing of waste heat, it helps if it’s a bit chilly outside. And with the temperature in Iceland hovering around 0C for most of the year, Verne Global has a head start.

Its 44-acre campus is located at the United States Naval Air Station, a secure former NATO base close to the town of Keflavik. There’s no need for any expensive and dirty cooling systems as it’s cooled entirely by the outside air, which enters through a controllable louvre system. The temperature is so low that most of the louvres are frequently left closed.

The datacentre is run on 100 per cent green energy, thanks to local geothermal and hydro-electric sources that were originally developed for aluminium smelting. According to the company, the site only uses 10 per cent of the available electricity at any time, so it’s unlikely to ever need to turn to non-renewable sources.

The Keflavik datacentre is the largest in Iceland, and the company’s clients include car manufacturers BMW and Volkswagen, as well as various power-hungry bitcoin mining outfits. According to the company, simply by moving ten of its high-performance computing clusters from Munich to Verne Global, BMW cut its annual carbon emissions by 3,570 metric tonnes, the equivalent of burning 1.46 million litres of petrol. 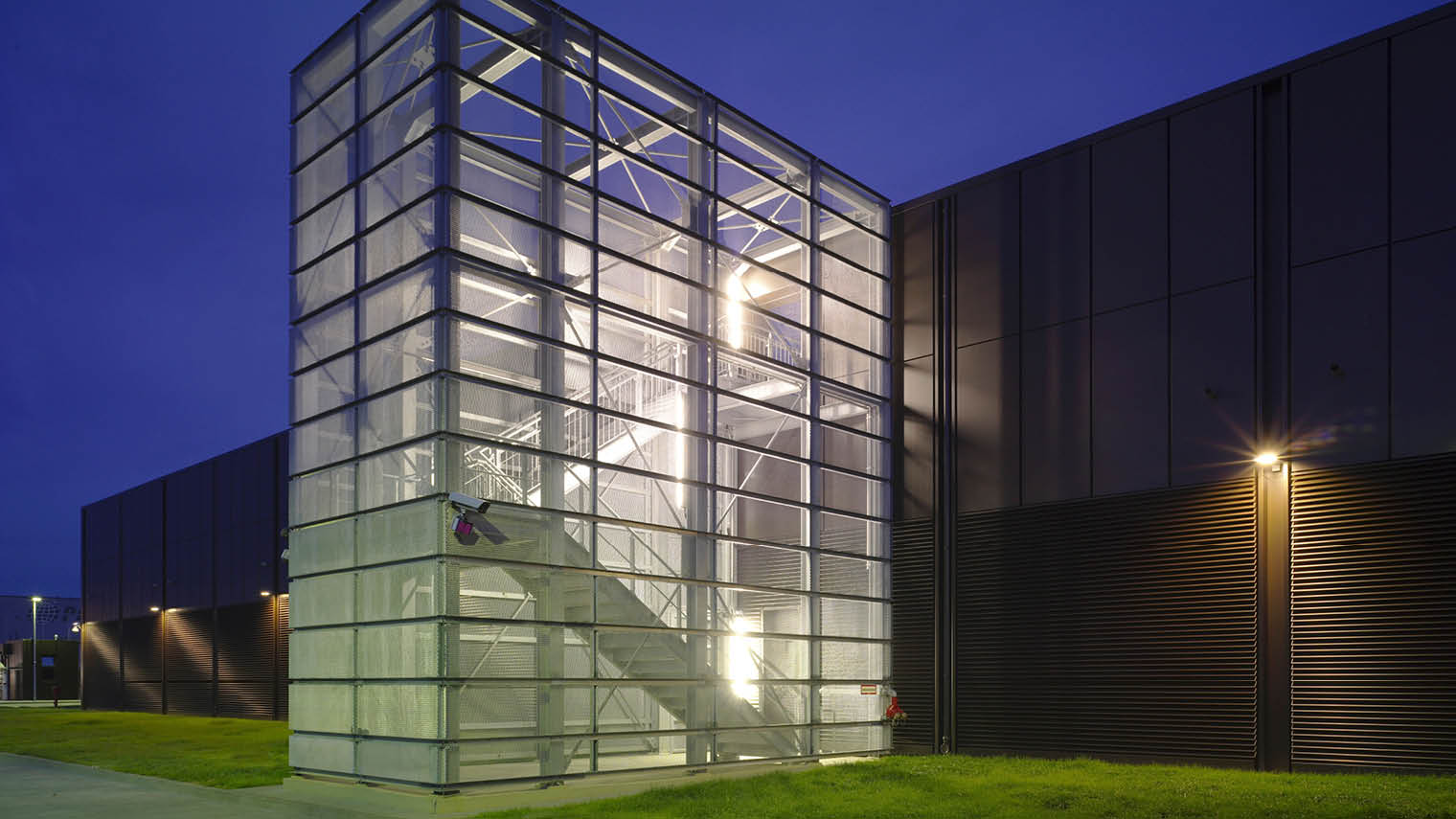 Citigroup’s Frankfurt datacentre is green literally as well as metaphorically: it has a living roof and living wall. It was the first datacentre in the world to be given Leadership in Energy and Environmental Design platinum certification.

The site is optimised for natural air cooling, with Citigroup estimating cooling costs nothing for 65 per cent of the year. According to the company, it uses only 30 per cent of the power that a conventional datacentre would require and just 40 per cent of the heating energy.

Overall, it’s estimated to be cutting CO2 emissions by 11,750 tonnes a year compared with a more conventional facility. It also saves water, through the use of innovative reverse osmosis water treatment in the cooling plant, which saves up to 50 million litres a year.

Even the construction of the building was carried out with the environment in mind; more than a quarter of the building materials were recycled and 40 per cent were locally sourced.

Citigroup’s Stephen Ellis, head of technology infrastructure in Europe, the Middle East and Africa, says: “The energy-efficient design of the datacentre, coupled with extensive use of new, energy-efficient virtualised technology, housed in innovative modular cabinets, has optimised energy use and reduced the data cabling needs.” 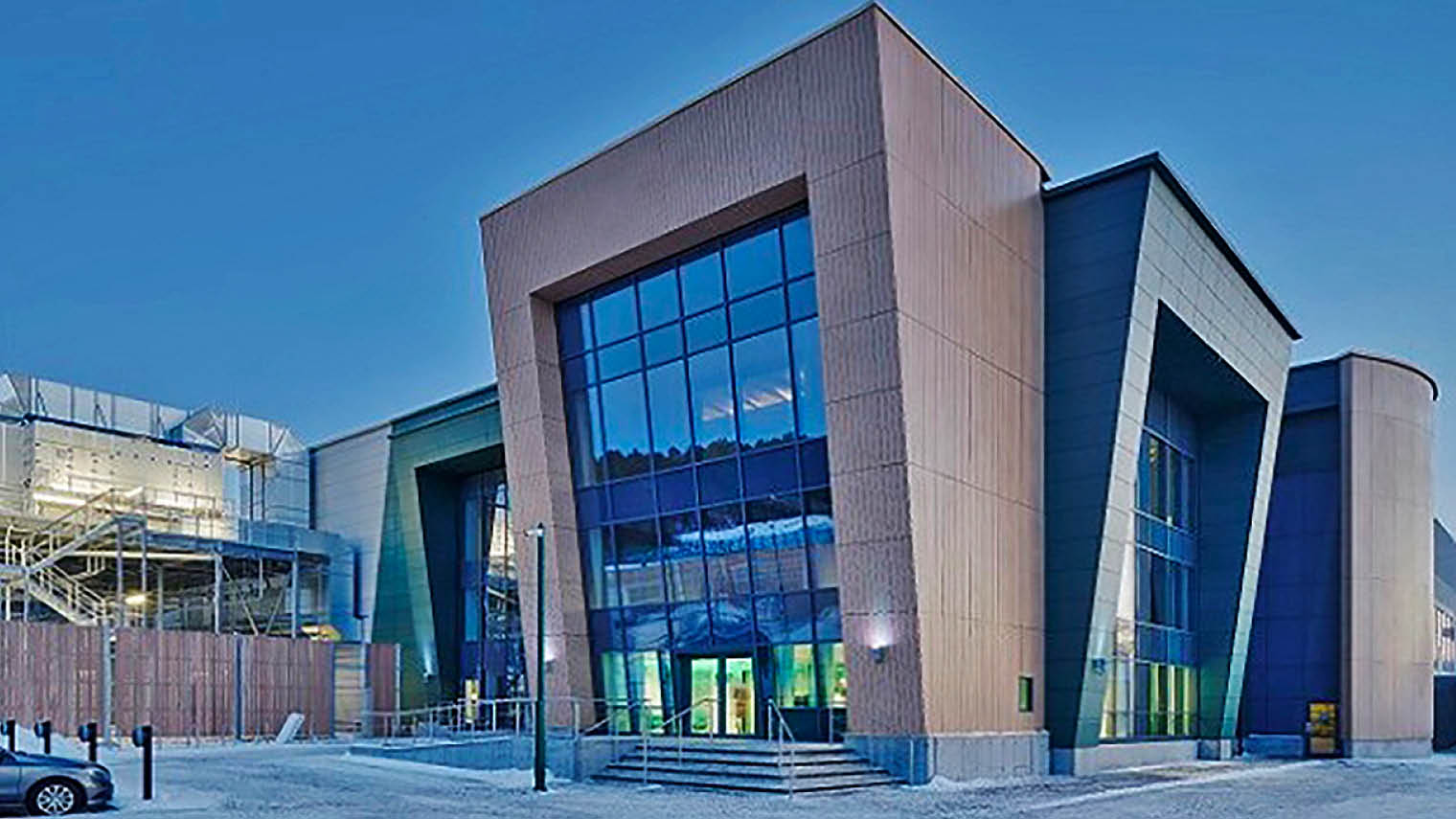 DigiPlex this year teamed up with energy firm Stockholm Exergi to use the excess heat from its datacentre to help warm local homes.

Stockholm Exergi operates a district heating network that supplies nearly 90 per cent of homes in Stockholm via a network of underground pipes that carry hot water and DigiPlex’s contribution amounts to enough heat to warm the equivalent of 10,000 homes.

“It represents a key step towards our vision of using datacentre heat to contribute to a more sustainable society,” says Anders Egelrud, chief executive of Stockholm Exergi. “As part of our drive to make Stockholm fossil-fuel free, our objective is that 10 per cent of Stockholm’s heating needs shall be provided by recovered datacentre waste heat.”

Since 2004, DigiPlex has run entirely on renewable energy, such as hydro and wind power. Its Copenhagen datacentre in Denmark uses an air-to-air evaporative cooling system, which capitalises on the cool, moist atmospheric conditions of the region. The cooling system is controlled by an algorithm that optimises its performance based on the amount of electrical power consumed by the data servers.

The company has also recently signed a letter of intent with Norway’s largest district heating supplier, Fortum Oslo Varme, to heat around 5,000 apartments in Oslo in a similar way. The system is expected to be in operation next autumn. 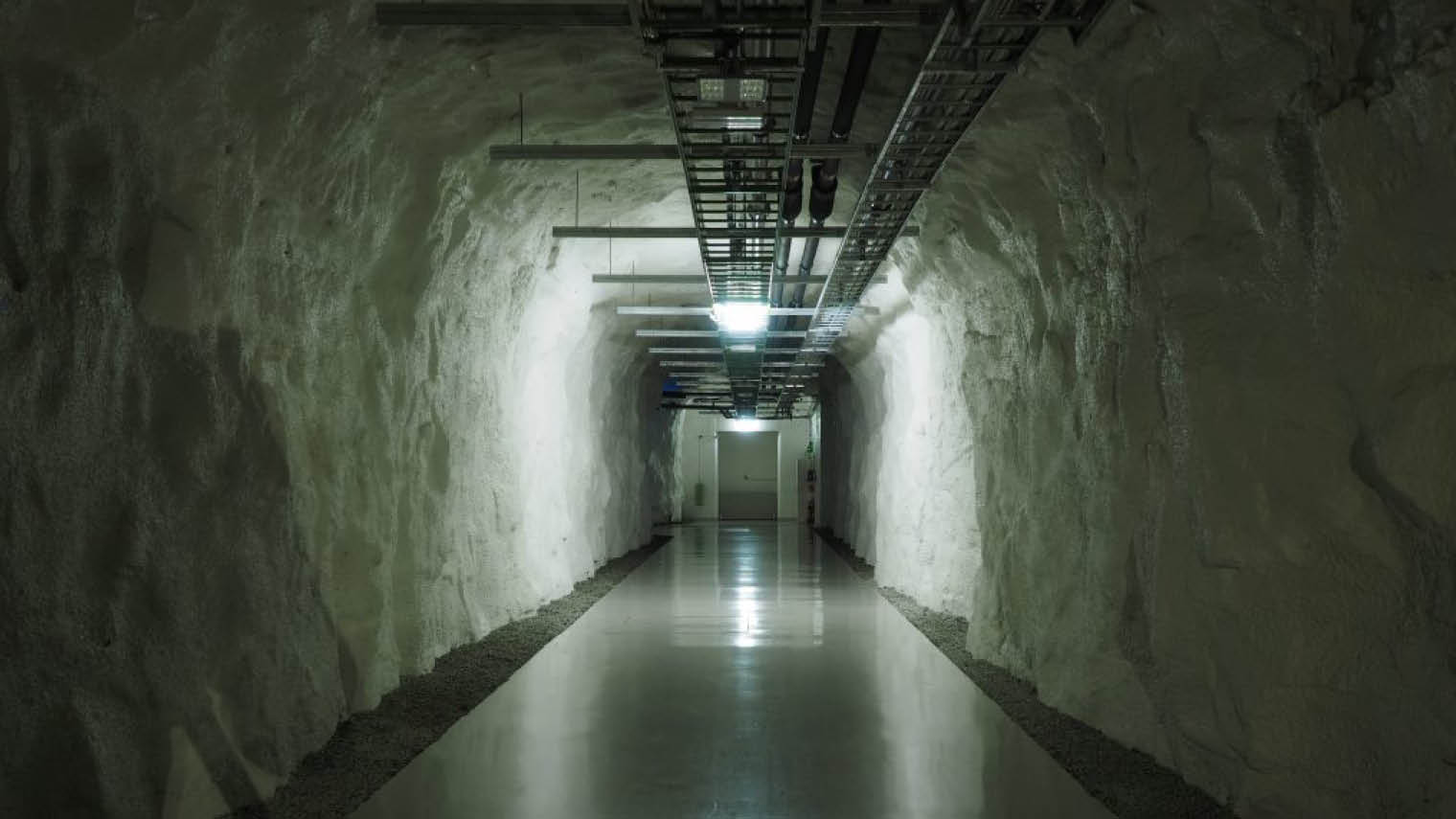 Buried 250 metres under a mountain on the Norwegian island of Rennesøy, Green Mountain’s DC1-Stavanger is a former NATO ammunition bunker and is probably the best protected datacentre in the world, as it was built to withstand a nuclear bomb.

To keep the site cool, gravity draws in water from an adjacent deep-water fjord; the water has a temperature of 8C all year round. Circulating pumps supply a titanium heat exchanger in the cooling station.

The company says the unique system uses less than 3kW of power to gain more than 1,000kW of cooling.

DC1-Stavanger uses 100 per cent renewable power combined with the lowest power prices in Europe, making it one of the greenest datacentres in the world, with a carbon footprint of close to zero, the company says.

“Our location is centrally located less than 300 metres from the National Grid and no fewer than two renewable hydro power plants,” says chief security officer Svein Atle Hagaseth. “There are few places that have that proximity to available green power.”

The datacentre is completely airtight, which means there’s no need for fire extinguishing gases; the company has made the entire space flame retardant by lowering oxygen content to 15 per cent, below the amount needed to start a fire. 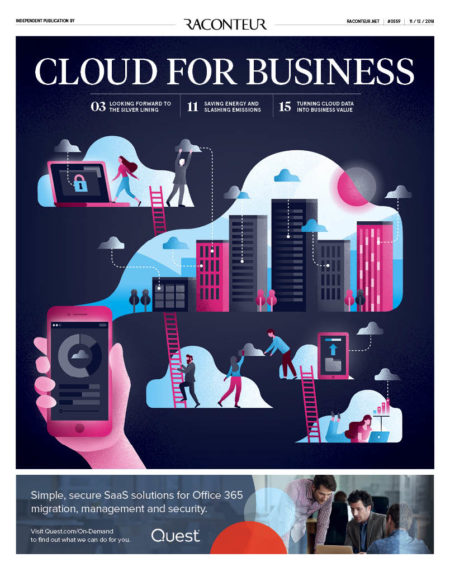